Late in the new Netflix miniseries Unbelievable, an attorney laments one of the many unfortunate ways that rape is treated differently by law enforcement than other significant crimes. “Nobody ever accuses a robbery victim of lying,” he notes. “But when it comes to sexual assault?”

Marie (Booksmart‘s Kaitlyn Dever) is accused of lying — repeatedly. The story opens with police arriving at the apartment building for at-risk youth that she moved into after leaving the foster care system. “I was raped,” Marie says plainly. As she relates the tale to the detectives assigned to the case, Parker (Eric Lange) and Pruitt (Bill Fagerbakke), we get brief, painful flashes of the experience, enough to strongly suggest that she didn’t invent it. But the cops and her former foster moms don’t feel right about certain details of the story, nor about how calm Marie seems. And as her story keeps shifting under repeated, ever more belligerent questioning, the exasperated detectives in time not only drop the case, but charge Marie with filing a false report.

This part of the story — adapted by Susannah Grant, Michael Chabon, and Ayelet Waldman from a ProPublica investigation — takes up all of Unbelievable‘s first hour. It’s among the most brutally effective episodes of television you will see, even in a difficult year that’s already given us the likes of When They See Us, Chernobyl, and Our Boys. Director Lisa Cholodenko is careful about how much of the assault to show (and how to present it), yet still unflinching in depicting the horror Marie went through, and the second ordeal that police made her endure. In what will be no surprise to people who remember her as the underage pot dealer Loretta McCready on Justified, Dever’s performance is raw, honest, and incredibly strong. Yet by the end of that hour, I was terrified of the prospect of watching seven more just like it.

And this is when Grant (who also directs several later episode) and company, like the ProPublica team before them, take the story in an unexpected and very welcome direction. The second episode quickly heads from Marie’s Washington state hometown to Colorado, where local cop Karen Duvall (Meritt Wever) is interviewing a rape victim named Amber (Danielle Macdonald). As Karen gently and patiently teases out details from Amber, two things quickly become clear: First, Karen is much more sensitive, and simply better, at engaging with a victim than Marie’s detectives were. Second, it sure sounds like Amber is describing the same man who attacked Marie.

From this point on, Unbelievable becomes two shows operating under one title. The first continues to follow Marie in the aftermath of both her rape and her being publicly condemned and ostracized as the girl who cried wolf. This remains appropriately, relentlessly sad, even as a therapist (Brooke Adams, wonderful) — court-ordered as part of the plea deal Marie has to take for the false reporting charge — slowly but surely tries to help Marie in a way the cops never could. 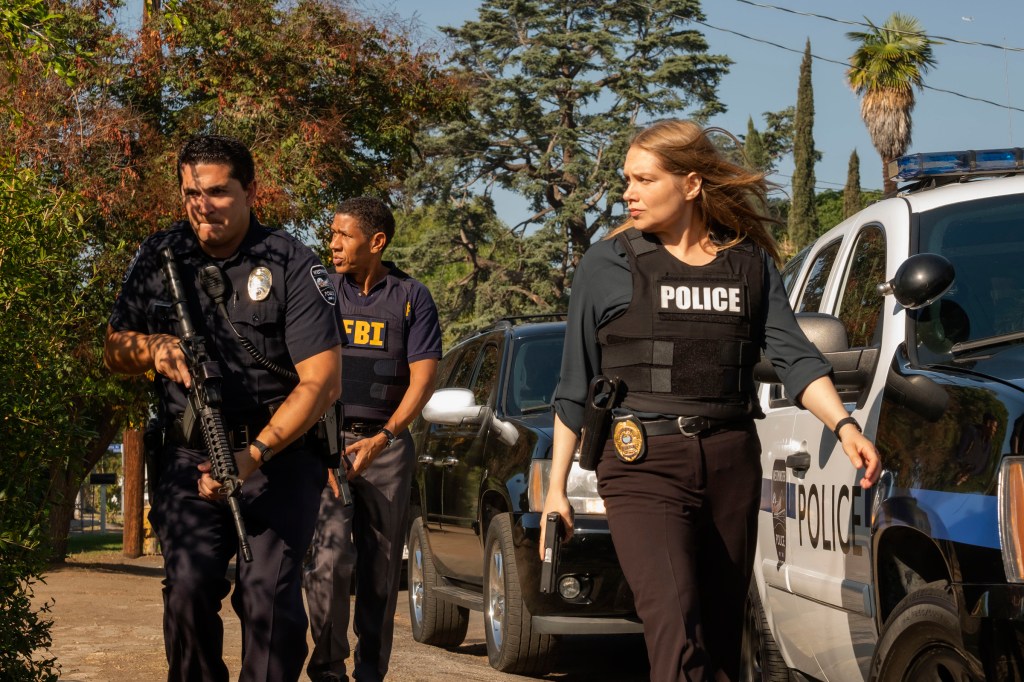 The second is a buddy-cop procedural, pairing the smart but inexperienced Duvall with Grace Rasmussen (Toni Collette), a seasoned veteran from a nearby community investigating a case where the attacker uses a similar MO. As the duo realize they have a serial rapist in their sights, this half of Unbelievable is propulsive, gripping, and at times even strangely fun in the way it contrasts the temperament of the two cops (Karen methodical and empathetic, Grace impatient and emotionally callused) and how they have to school well-meaning male colleagues on the many mortifications of life as a woman. (“Fun fact,” Grace tells an intern who thinks he has just cracked the case, “women’s undies go AWOL all the time.”)

There are occasionally scenes where Wever and Collette are just reciting statistics about sexual assault, domestic violence, and the link between the two. But those statistics happen to be delivered by a pair of Emmy winners (Wever for Nurse Jackie and Godless, Collette for United States of Tara) who make both characters seem so lived-in that the lecture portions wind up feeling like simply more good police work. The sprawl of the case, and the many false leads the cops follow while looking for their man, keeps things lively throughout, even when the show is depicting the tedium of investigative work.

(Driving down a long, empty Kansas highway en route to check out a lead, Karen begins singing along to a Dan Zanes song on the radio, as any mom of a certain age would. She’s simultaneously enthusiastic for what the song represents about her family and desperate for something to take her mind off this grim case, and those emotions battling across Wever’s face as she sings is something to behold. She might need to clear some room on the mantel for another trophy — assuming Dever doesn’t beat her to it.)

The cop show version of Unbelievable is so entertainingly told, in fact, that it only makes the Marie half of things harder to sit through as the series moves along. Marie’s story is necessary to humanize not only the victims of the serial rapist, but the emotional cost that is levied when authorities aren’t as sensitive or obsessive as Duvall and Rasmussen. By midway through the series, though, I’d begun to feel so bad for Marie that I was desperate for one of the Colorado cops to stumble across a clue connecting her to their case.

But the two stories remain on parallel tracks until it makes sense for them to intersect. And when they do, the catharsis of it is so potent and upsetting precisely because the creative team has made us suffer along with Marie until that point.

Sexual assault is a difficult, delicate subject, and one that too many series and movies use as an exploitative crutch. Dramatizations that are lazy or rote can undermine the gravity of the topic and do a genuine disservice to the people who’ve suffered that real-life trauma. With Unbelievable, the creative team and superb cast treat the subject with the seriousness and grace it deserves, while also telling one hell of a story along the way.