'The Terror: Infamy' Review: Facing the Enemy Within - Rolling Stone
×
×

In an upcoming episode of AMC’s The Terror: Infamy, Yamato-san, an elderly immigrant played by George Takei, lists all the men who have vanished since he and many of his friends and neighbors of Japanese ancestry were taken to a prison camp in the wake of the attack on Pearl Harbor. He lists various supernatural explanations for their recent misfortune, as if it’s easier to blame their predicament on ancient spirits rather than ordinary human beings behaving in monstrous fashion.

In the anthological Terror franchise, the answer tends to be both kinds of evil at once. The first season tracked a pair of British naval crews as they were trapped in the ice and battling both a giant spirit bear and their own petty rivalries. With Infamy, created by Alexander Woo and Max Bornstein, the threats come from both Japanese folklore and the abundant racism that targeted Japanese-Americans throughout World War II.

Amazon Prime Day Is Officially Here, These Are the Top Deals and Discounts

Takei unfortunately knows a lot about the latter. The Star Trek alum was five when his family was forced from their California home and sent to live in a series of internment camps for the duration of World War II, simply for the crime of having the wrong ethnic background. Takei has spoken out against the Trump administration’s detention camps along our Southern border, and as history shamefully repeats itself (*), The Terror: Infamy couldn’t feel more timely.

(*) Sad but true: The images we’ve seen of the current border camps are so horrific that the show’s accurate depictions of those Forties camps makes them look almost pleasant by comparison.

We begin in December 1941, and college student Chester Nakayama (Derek Mio) feels fully assimilated into the American dream. When his fisherman father, Henry (Shingo Usami), cowers in fear of racist treatment by white authorities, Chester assures him, “People don’t think that way anymore.” Then bombs drop on Pearl Harbor. Henry and several other men (including Yamato-san) are interrogated as spies, and their whole neighborhood is packed off to sleep in filthy stables while the government figures out what to do with them. As Chester discovers that American citizenship doesn’t guarantee American rights, the community is beset by shape-shifting spirits from the old country who’ve chosen an opportune time to stalk new prey. 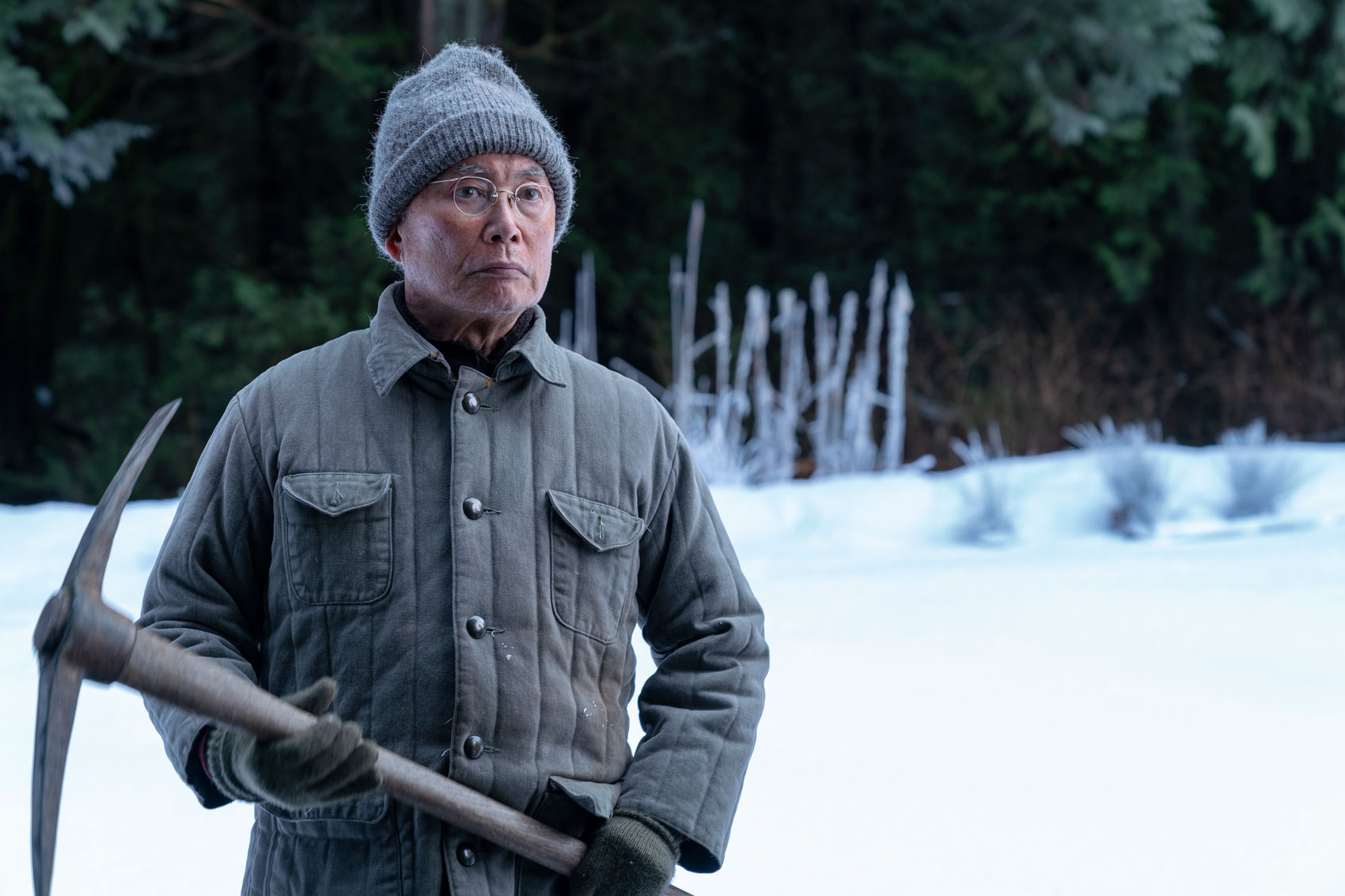 George Takei as Nobuhiro Yamato in ‘The Terror: Infamy.’

During Chester and his family’s battles with these vengeful ghosts, production finds economical tricks to convey the fundamental inhumanity of the monsters. (Prepare yourself for the sound of many cracking bones, for instance.) But the unfortunate and inescapable echoes between the show’s past and our present initially make the grounded horrors the more compelling half of Infamy.

Before he winds up in one of the camps, Henry is told by a photography professor, “A picture captures a photographer’s relationship to the world around him. And with everything that’s been going on right now, it’s no surprise that yours are coming out a little disturbed.” With its elongated timeline and frequent shifts in locale, Infamy is a somewhat less intense experience than what I’ve seen of the first season with Jared Harris, but the franchise as a whole is proving a potent combination of what scares us in our imaginations and what should scare us in the world outside our windows.