Diana Ingram loves quizzes, more than anything else in the world with the possible exception of her husband Charles and their children. Why does she care about them so much? “I like the idea, in a word of uncertainties, that something can be known,” she explains.

The idea of definitive knowledge should be at the heart of Quiz, a three-part AMC miniseries, based on a true story, about Charles allegedly cheating his way to the grand prize on the original English version of Who Wants to Be A Millionaire?. That’s unfortunately not how things play out.

Quiz, written by James Graham and directed by Stephen Frears, starts out like a caper film, where we see the heist play out and only learn after the fact exactly how the master criminals pulled it off. Graham and Frears spend the first two hours presenting a very buttoned-down and nerdy Ocean’s Eleven, then pivot in the last hour into a more philosophical look at the state of the Ingram marriage. If you want to know exactly how the Ingrams pulled off their scheme back in 2001 — or even if the filmmakers believe they did it at all — you will not be getting any final answers.

The Righteous Anger of Annie Murphy

This is not so much a bait-and-switch as the show trying to do too much in too little time, but it brings a frustrating lack of payoff to a story that starts out with such energy, and with such strong lead performances by Fleabag‘s Sian Clifford and Succession‘s Matthew Macfadyen as Diana and Charles.

As the story begins, Charles is an Army major recently assigned to a safe home-front posting to provide more stability for Diana and their kids. There’s love in the marriage, but also tension, as Diana seems at her happiest and most fulfilled when she’s off doing pub quizzes with her brother Adrian (Trystan Gravelle), an activity that holds no excitement for Charles at all.

Meanwhile, we see TV producer Paul Smith (Mark Bonnar from Catastrophe) and a team of ITV executives (one played by Aisling Bea from This Way Up) conceive of what would become Who Wants to Be a Millionaire?. This is actually the most fun section of the project, particularly a scene where Paul cries tears of joy when host Chris Tarrant (Michael Sheen) figures out mid-taping how to make the contestant and audience palpably feel the stakes of the contest.

Millionaire soon captures the heart of a nation, and especially quiz obsessives like Diana and Adrian, who begin exploring whether it’s possible to game the game show’s system. Adrian builds his own version of the Fastest Finger machine to speed up his response time; when Charles asks if that’s cheating, his brother-in-law replies, “No, it’s giving an advantage to myself.” We learn about an entire network of self-styled rebels who hack the phone audition process and offer (for a price, of course) to pose as Phone-A-Friends to any members who make it that far. Adrian gets into the chair, then Diana, but neither makes a lot of money. So then Charles is pressured to join the family business. 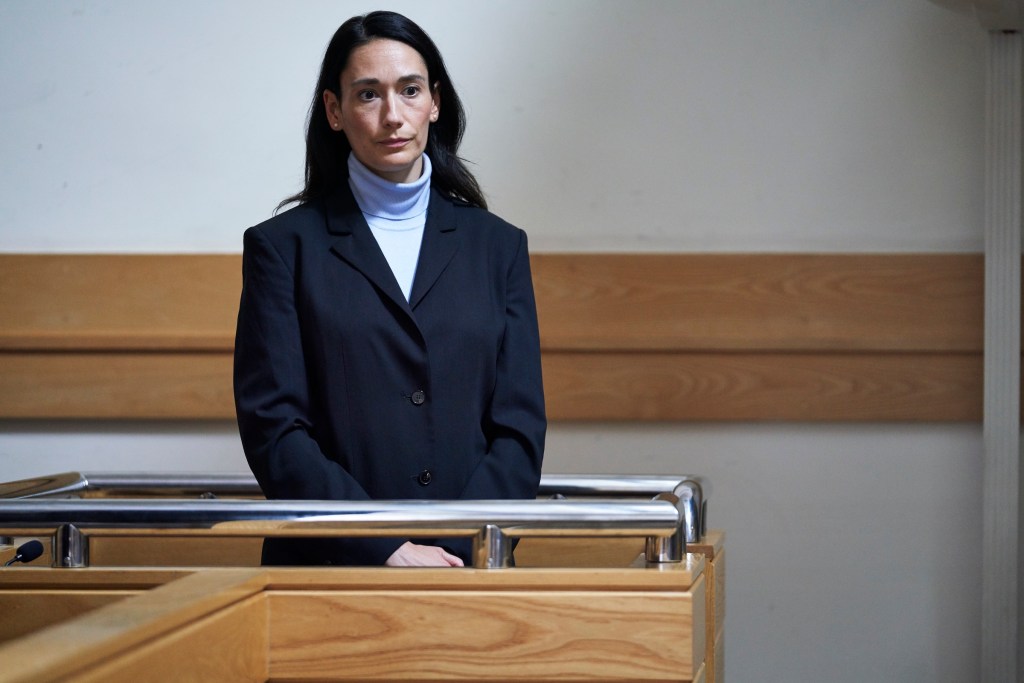 All of this unfolds briskly in Quiz‘s opening hour. The second episode is like one of those sports movies (say, Miracle) that show you the great majority of the big game, as nearly all of it takes place inside the Millionaire studio on the night Charles improbably won big. This is tense action, particularly as we see Paul and the crew begin to tumble to something not being right about how Charles is playing. But the night is largely shown from the crew’s point of view, leaving us as in the dark as them about exactly how he’s doing it.

After some business about the investigation — including people wondering if it’s even a crime to cheat at a game show — the third episode covers the Ingrams’ trial for fraud. The prosecutor has promised to reveal all the details of how Charles and Diana pulled off their con, and we do get a lot of talk about suspiciously-timed coughs. But there’s ambiguity to the case, even as the focus shifts more to Charles’ feelings about being placed in this position by his wife, and what the whole affair says about their relationship.

Clifford and Macfadyen both play to the strengths they’ve showed in their most recent TV roles: flinty intelligence for her, barely-concealed vulnerability for him. But the resolution of the story is underwhelming, making the whole thing feel like a waste even at a modest three hours. “There are some questions you should just know the answer to,” Diana insists. Quiz unfortunately disagrees.