'The Politician' Review: Electoral Satire Gets a Vote of No Confidence - Rolling Stone
×
×

“I will do better at appearing more authentic from now on,” Astrid (Lucy Boynton), girlfriend to high school hero River (David Corenswet), says early in The Politician, after he suggests sex with her feels fake. River insists that she needs to be more authentic, not just appear that way. “I don’t understand,” she replies. “What’s the difference?”

This is the creative team behind the streaming satire — former Glee collaborators Brad Falchuk, Ian Brennan, and new Netflix 800-pound gorilla Ryan Murphy — inadvertently telling on themselves. All three men are capable of crafting tremendous onscreen authenticity: FX’s Pose, which Murphy and Falchuk both work on, is among the most gorgeously sincere dramas in recent memory. But they also have an unfortunate knack for selling out characters’ basic humanity for the sake of a joke or a shocking plot twist.

If Pose displays all of Murphy and Falchuk’s greatest strengths as creators, The Politician exemplifies all three men’s gravest weaknesses — as if they split themselves into good and evil versions, and sent the evil ones to make this show. It is mean, nonsensical, and utterly hollow. Moments when anyone onscreen emotionally resembles a person are rare. It’s Murphy, Falchuk, and Brennan trying to make their own version of a Wes Anderson movie (and it does look beautiful) without understanding that there has to be recognizable, understandable human behavior lurking underneath all the twee stylistic flourishes. 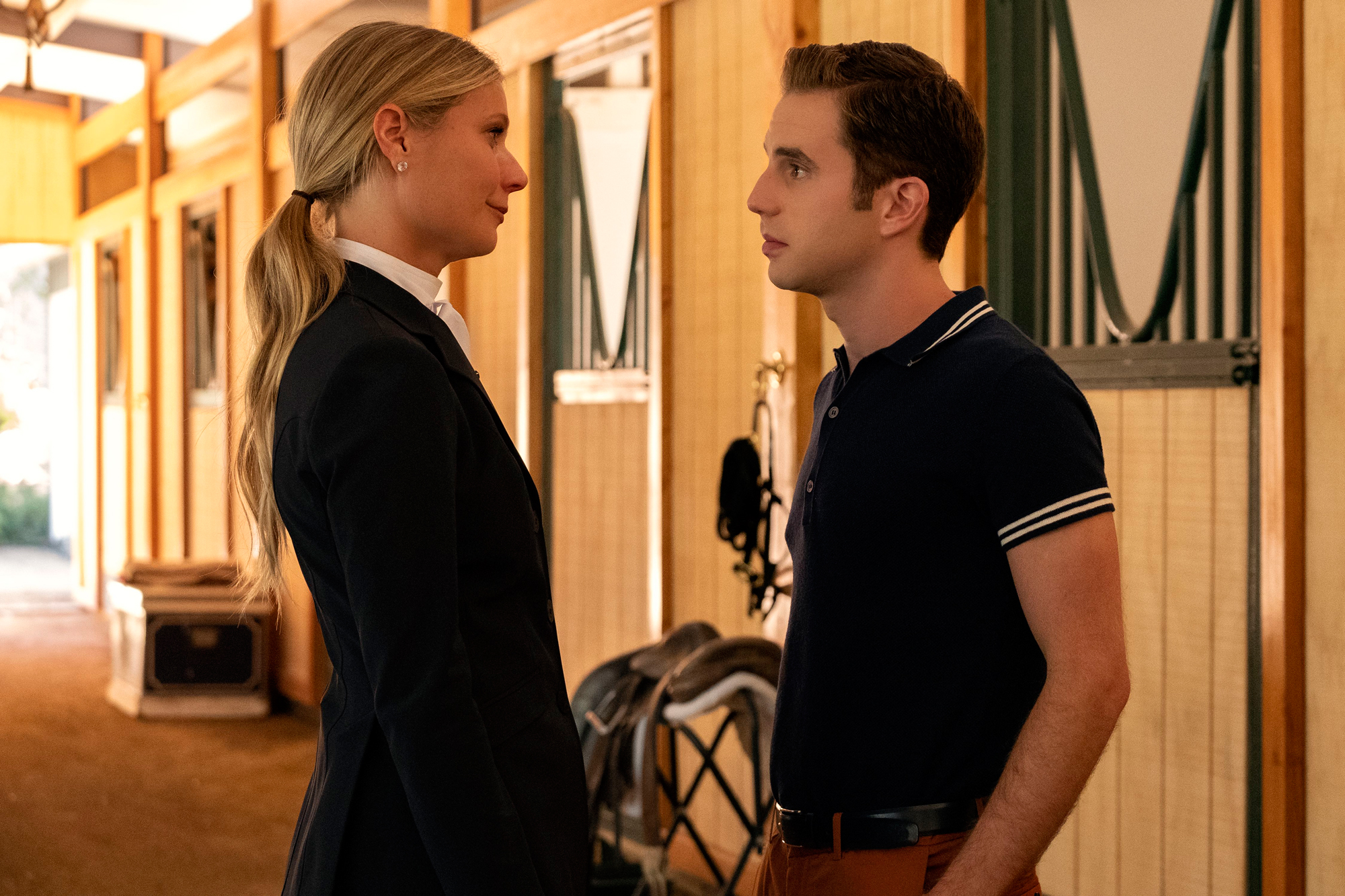 Ben Platt and Gwyneth Paltrow in ‘The Politician.’

Ben Platt, from Dear Evan Hansen, plays Payton Hobart, the adopted son of a wealthy Santa Barbara couple (Bob Balaban and Gwyneth Paltrow, the latter seeming particularly disconnected), who is consumed at every waking moment with the belief that he will one day become president of the United States. When we meet him, he’s obsessively pursuing the presidency of his high school class, and is dismayed when friend and occasional hookup River opts to run against him. (All the actors look way too old here, and were cast because future seasons are meant to follow Payton and friends into other elections as adults.)

“It’s just two rich kids fighting for attention,” one parent calls the campaign, but Payton and advisers Alice (Julia Schlaepfer), McAfee (Laura Dreyfuss), and James (Theo Germaine) treat every twist with a gravity and hysteria befitting the Super Tuesday primaries. They pick over polling, and debate whether to act on suspicions that Payton’s ill running mate, Infinity (Zoey Deutch, doing her best impression of Gypsy Rose Blanchard from The Act), doesn’t really have cancer and is just being manipulated by her grandmother Dusty (Murphy muse Jessica Lange).

Their propensity for making mountains out of microdots is meant to be satirical, but it’s all pitched at such a cartoonish level that none of the punchlines land, and nothing the characters do makes a lick of sense. Payton’s inner-circle supporters have devoted their futures to the belief that he’s a generational candidate, yet the show provides no evidence of that. Payton frets that he’s a budding sociopath — and isn’t sure whether that’s a benefit or deficit for his chosen career — but everyone around him is just as ruthless and alien as he is.

On occasion, Platt or one of his co-stars gets to sing, and for those few precious minutes, Payton will seem tantalizingly real, in a manner suggesting The Politician would have been better off as a full-on musical, where the format forgave some of the artificiality. But those bursts of genuineness are few and far between in this version — including a finale (introducing Judith Light, Bette Midler, and an entirely new story arc) that plays as if Murphy, Falchuk, and Brennan opted to produce their Season Two premiere a year early. With Murphy’s lucrative Netflix deal, that’s a bet they could very safely make. It’s just too bad they’ve done it on a show that indulges their worst impulses.