When the premiere episode of Apple TV+’s Mr. Corman ends, the first four names in the credits all belong to Joseph Gordon-Levitt. He directed it, wrote it, created it, and stars in it. He’s also a producer and helps write the music performed by his title character, a fifth grade teacher in Van Nuys, California, who can’t entirely let go of his dreams of rock stardom. Given all of the hats Gordon-Levitt wore on the project, it seems quite probable he was also baking delicious snickerdoodles every day for the craft services table.

The combined director-writer-star role has become an unsurprising one in Peak TV, thanks to shows like Girls (Lena Dunham), Russian Doll (Natasha Lyonne), and Better Things (Pamela Adlon). And Gordon-Levitt has done the multihyphenate thing before, on both his feature directorial debut, the 2013 comedy Don Jon, and on his 2014 series HitRECord on TV, where he got to add “genial variety-show host” to his list of skills. Gordon-Levitt has been famous since he was a teenager, playing old-beyond-his-years alien Tommy Solomon on the hit sitcom 3rd Rock from the Sun, and he seamlessly transitioned into adult roles in a way that eludes many child stars. Yet when he does a project like Don Jon or, now, Mr. Corman, it feels as if he’s still trying to prove that he can do more than what we expect of him.

On the one hand, that ambition seems well-suited to a character like Josh Corman, who has had to adjust to a more mundane life than the one he wanted, and who can’t resist locking himself in the bedroom of the apartment he shares with best friend Victor (Arturo Castro) to try out some new electronic-music ideas on what seems like an endless supply of instruments.

On the other, a lot of Mr. Corman seems to be confusing “best directed” for “most directed,” and many of the techniques Gordon-Levitt and his collaborators (including Aurora Guerrero, who directed the two episodes JGL didn’t) deploy — handheld subjective camerawork, photo-collage special effects, long scenes filmed in a single take, frequent lens flare, and much more — ultimately feel out of tune with a very modest story about a man coming to terms with his very modest life.

Or maybe it’s just that Josh’s story ultimately isn’t interesting enough to support a series, no matter how much Gordon-Levitt and company try to dress it up.

It’s clear from the first moment we see Josh — playing percussion against his bare chest in the shower until his skin is red and raw from the effort — that music is his passion, while nothing else makes him feel that way, or perhaps feel at all. He seems like a well-meaning, if somewhat oblivious, teacher, but is often going through the motions. His friends complain that he only reaches out to them when he needs something. His love life has been largely nonexistent since the end of his band also signaled the end of his relationship with its lead singer, Megan (Juno Temple from Ted Lasso, who pops up in a few episodes). He loves his mother Ruth (Debra Winger, wonderful as always) but has a strained relationship with his sister Elizabeth (Shannon Woodward) and doesn’t like to talk about his father.

“It just feels like I blew the whole thing,” he laments to Victor. “Like I suck as a person.” Mr. Corman attempts to walk a very narrow tightrope that is both sympathetic to Josh while acknowledging his many failings, and only occasionally keeps its balance. “You like being a loser,” a woman tells him after a one-night stand gone awry, and the insult doesn’t feel wholly unjustified. 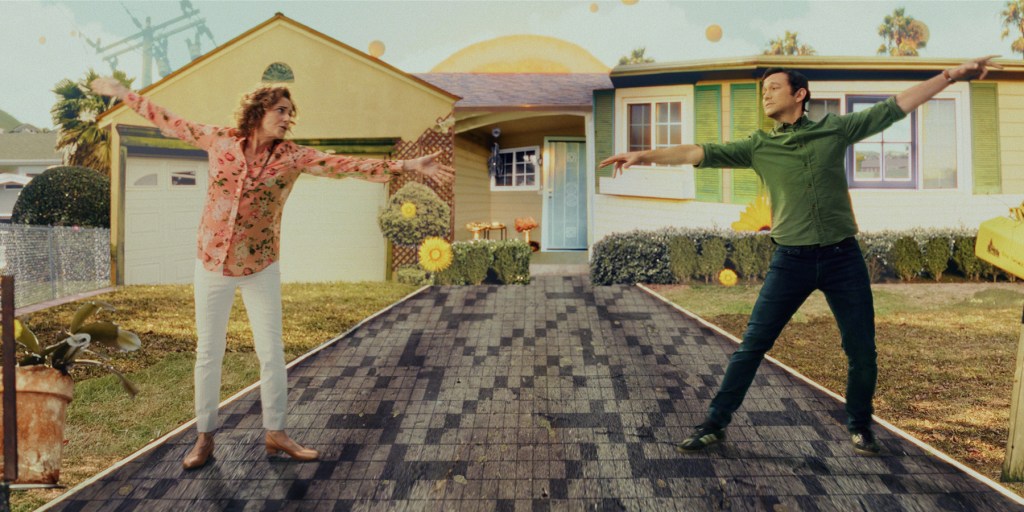 While most of the first season’s 10 episodes focus on Josh’s struggle to find meaning and joy in a life that feels increasingly oppressive, a few tinker with the format in a way that’s almost become a cliché in the half-hour drama space. One bounces around a bunch of alternate realities where Josh has turned out very differently (FX’s Legion did this exact kind of episode a few years ago), while another shifts its POV to Victor’s, even temporarily retitling the show Mr. Morales in the process. Josh only appears fleetingly in the latter installment, and is presented as the annoying, neurotic, clingy roommate that Victor must often see him as. That episode, as well as a later one where Josh goes on a blind date with the daughter of one of Ruth’s friends, acknowledges that Gordon-Levitt and the other writers don’t have blinkers on when it comes to Josh’s abundant flaws — a boundless capacity for self-pity most of all. But that also makes you wish they hadn’t chosen to build a show around this guy when so many other people in his orbit seem more inherently sympathetic while also having complex problems of their own.

Because Josh is such a drag, and so generally one-note about it, even the show’s more impressive Walter Mitty-ish flights of fancy — a musical number where Gordon-Levitt and Winger dance across rooftops, or a video game-style fight sequence outside a Halloween party —  ring hollow. They look cool(*), but in service to a thin, frustrating protagonist.

(*) As Gordon-Levitt explained to the TV’s Top 5 podcast, he had filmed only three weeks of the season when the pandemic transformed the world in the spring of 2020. Eventually, production moved from L.A. to New Zealand, and Covid protocols meant changing a lot of the ways he had to shoot things, making some of these fantasies much more stylized than they otherwise would have been.

The later episodes (most of them set in those early quarantine days) are a bit more pointed in their view of Josh, and feature strong guest work from actors like Hugo Weaving and Jamie Chung. But there never seems to be enough there to make the endeavor feel worthwhile.

When Josh asks his student Ramon why he doesn’t want to keep studying astronomy, Ramon says, “I guess it makes me feel small” — a sentiment to which Josh can painfully relate. There’s nothing wrong with telling small stories on television. Many of the multihyphenate shows which Mr. Corman resembles are all about smallness. This small story, though, doesn’t feel worthy of the time it takes to experience it, nor the varied talents put on display by its creator, writer, director, and star.