“Dreams are important, right?” Sean “Dud” Dudley asks midway through the second season of AMC’s Lodge 49. This isn’t just a metaphorical discussion for Dud (Wyatt Russell), a shaggy former pool cleaner whose optimism never flags even though he’s technically homeless and barely survived a shark attack at the end of Season One. No, Dud’s best friend Ernie Fontaine (Brent Jennings) has recently told him about a man who paints images from his own prophetic dreams, then watches the paintings come true. So dreams are both important and real to Dud — and to Lodge 49, an addictively strange, nigh-indescribable drama whose ongoing existence feels like a dream that somebody painted into the Peak TV landscape.

RS Recommends: This Nugs.net Deal Gets You Unlimited Concert Streaming for $50 a Year

The core plot, such as it is, involves Dud and Ernie’s membership in a local fraternal order that has — like the guys themselves, and Dud’s sister Liz (Sonya Cassidy), and the entire world around them — seen much better days. The first season (now streaming on Hulu) was practically half over before anything resembling a story appeared. Season Two starts in a crazy place, with a perfect celebrity cameo, before jumping back six weeks to begin the long, meandering, and yet utterly watchable tale of how our heroes wound up in this particular jam. In general, TV overuses this kind of in media res opening, but it’s extremely useful for a series that leans much more on vibe than story to throw down an early narrative marker like this.

Yet if Lodge 49 often seems to be about nothing, it also manages to say a lot about everything: hopes and dreams and disappointments, and finding reasons to go on when there doesn’t seem to be much point. The tiny nature of it all is a feature, not a bug, as the series teeters between the naive idealism of Dud and the hard-earned cynicism of Ernie and Liz. This year, Liz gets a job at a new theme restaurant, whose name, Higher Steaks, feels like the creative team winking at the idea that the series should be more eventful. There is a bit more plot this time, and also a bit more openness to the idea that there could be something genuinely magical about the Lodge.

But even as we meet the dream painter (played by Cheech Marin) and get occasional glimpses of some kind of donkey unicorn, the focus remains on the three core characters and their friends, from Liz’s motley but loyal restaurant pals to Lodge 49’s flaky but well-meaning apothecary Blaise (David Pasquesi) and Connie (Linda Emond), the ailing reporter torn between Ernie and new Lodge boss Scott (Eric Allan Kramer). Where too many current dramas move slowly because they don’t have enough plot to fill a full season, Lodge 49 takes its sweet time because it’s more interested in the feeling of being in this place and around these people than it is on finding out what happens next. That’s placing a very large burden on the actors, the writers, and the directors to make this leisurely stroll feel worthwhile, but Lodge 49 succeeds at almost every turn (*).

(*) The start of the new season periodically checks in on Connie’s adventures at Lodge 1 in England, and those scenes are the first time the show has made me impatient for something to happen already. 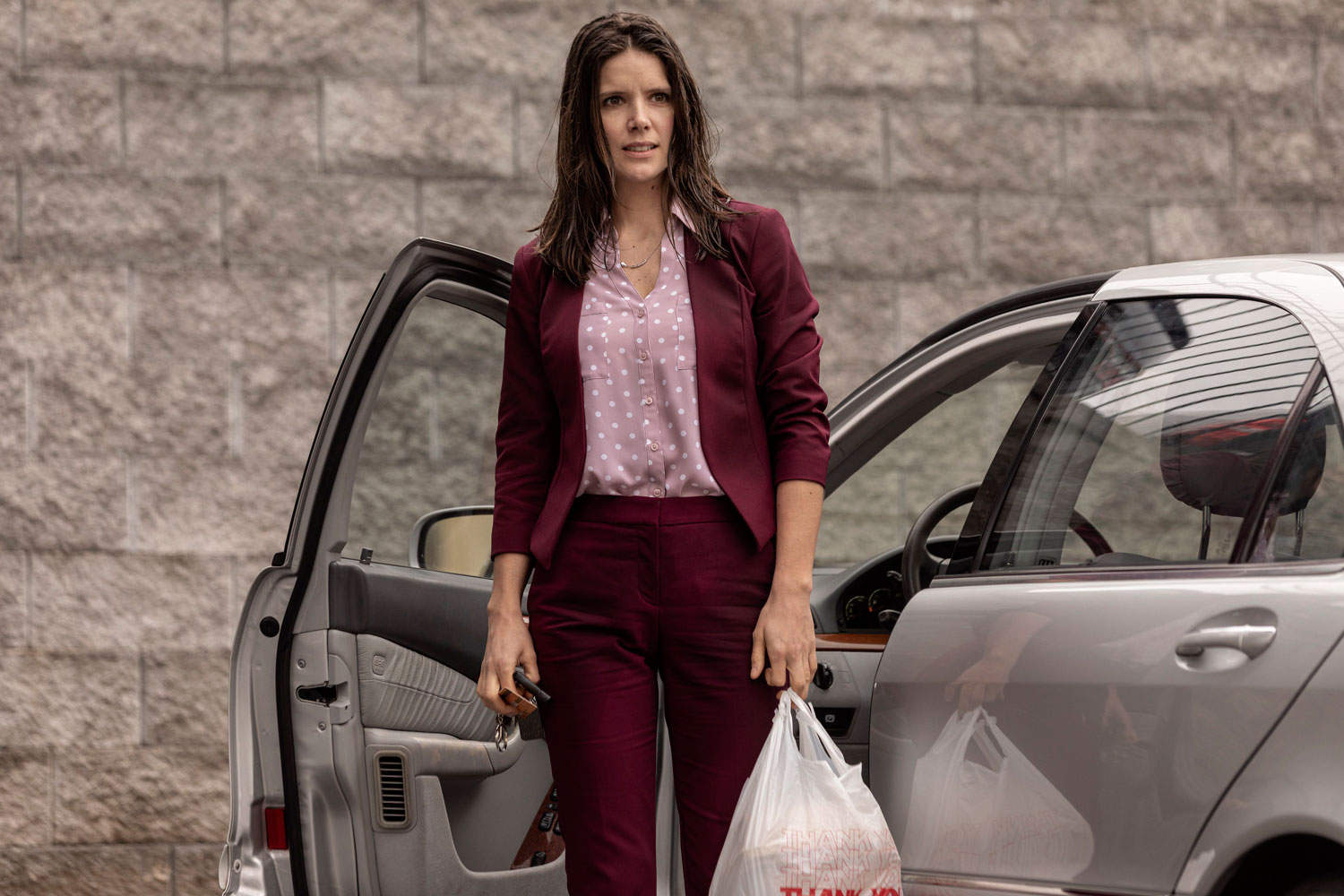 In particular, Season Two confirms the amount of electricity radiating from Cassidy in every scene about Liz’s attempt to find happiness in a profoundly disappointing life. Liz isn’t part of the lodge, and Ernie already exists as Dud’s philosophical counterweight. So she could easily feel extraneous, like the one regular on a superhero show who doesn’t know the main character’s secret identity. But Cassidy is so funny in depicting Liz’s barely-repressed rage that her subplots always play as a bonus, rather than a distraction. Like Dud, Ernie, Scott, and even many of us watching at home, she’s looking for a world that doesn’t seem to exist anymore, if it ever did. She’s just louder and more impatient in her search than they are. (Dud and Liz’s favorite shared activity is watching TV on her living room couch; suffice it to say that he’d probably enjoy Lodge 49 a lot more than she would.)

Over time, Lodge 49 develops a soft spot for almost everyone. Scott keeps gassing on about how to make the lodge great again, but the new season also depicts the emotional burden that leadership places on him. Ernie works as a salesman for a plumbing supply company where his co-workers constantly make him die a little inside, but we find out that his boss Bob (Brian Doyle-Murray) recently took an online poetry class, and now, Bob says, “I see poetry everywhere.”