There are as many sad parts of Apple TV+’s new immigration anthology series Little America as there are sweet ones. The eight stories contained in the first season feature children being separated from parents, dreams going astray, and scene after scene conveying the profound loneliness of being a stranger in a strange land. There is plenty to make you smile, as well, but be advised to keep tissues handy.

Developed by The Office veteran Lee Eisenberg alongside Kumail Nanjiani and Emily V. Gordon (the husband-and-wife writing team behind The Big Sick), Little America arrives at a moment when our own government is waging war against immigrants, literally putting children in cages for the sin of their families trying to escape difficult and often dangerous lives elsewhere. It is a series that tells a collection of short stories about immigrants — some undocumented, some not, all of them inspired by real people — accepting the invitation emblazoned on the pedestal of the Statue of Liberty, about the huddled masses yearning to breathe free.

Kumail Nanjiani on Becoming A Superhero: 'I Wish Nobody Would Ever Talk About My Body Again'

In another era, such tales would be treated as exactly what they are: smart, generous portraits of lives rarely given this much thought by Western entertainment. It’s a great show — easily the best of Apple’s early output — that could be enjoyed almost entirely on that level. Arriving in the America of 2020, however, the mere existence of this series can’t help but feel political. Simply presenting its characters as human beings worthy of consideration and empathy plays as a shot across the bow of those who want everyone like them to disappear from our soil.

Sherilyn Fenn from Twin Peaks has a cameo in the first episode as Laura Bush, but even that installment is much less about ideology than our innate need to connect with other people, even in hostile circumstances. Kabir (Eshan Inamdar) lives with his parents in the small (but well-reviewed) economy motel in Utah that they manage as they seek political asylum. In the opening minutes, a guest (accurately) dubs him “precocious,” kicking off young Kabir’s obsession with the dictionary and learning big words. When his mom and dad are sent back to India, Kabir not only has to run the motel by himself, but figure out if his gift for spelling can get him a trip to Washington for a national competition — and an audience with the First Lady. Like all of the stories that follow, it never goes quite where you expect it to, and finds most of its power in small but indelible moments, like a trip to KFC or, in a later chapter, a cruise-ship karaoke performance.

The second episode also has an underage heroine: Marisol (Jearnest Corchado), daughter of an undocumented Mexican housekeeper, who signs up for a local squash league just to get free sneakers to replace her duct-taped old pair, only to discover a passion and talent for the game. The one-two punch of Kabir’s story and Marisol’s creates the impression that the series will focus on the children of immigrants, but the demographics expand rapidly to include a Nigerian college student (Conphidance, the most charismatic performer in a season full of them) struggling to fit in in Oklahoma, a French woman (Mélanie Laurent) attending a silent spiritual retreat (her guru is amusingly played by an expressive Zachary Quinto), a Ugandan divorcée (Kemiyondo Coutinho) looking to find a new life plan before her disappointed mother demands that she come home, a Chinese telemarketer (Angela Lin) determined to bond with her kids on vacation, an Iranian parking lot attendant (Shaun Toub) who makes an impetuous purchase to keep his son from moving out, and a Syrian cook (Haaz Sleiman) cast out by his family when they learn that he’s gay. 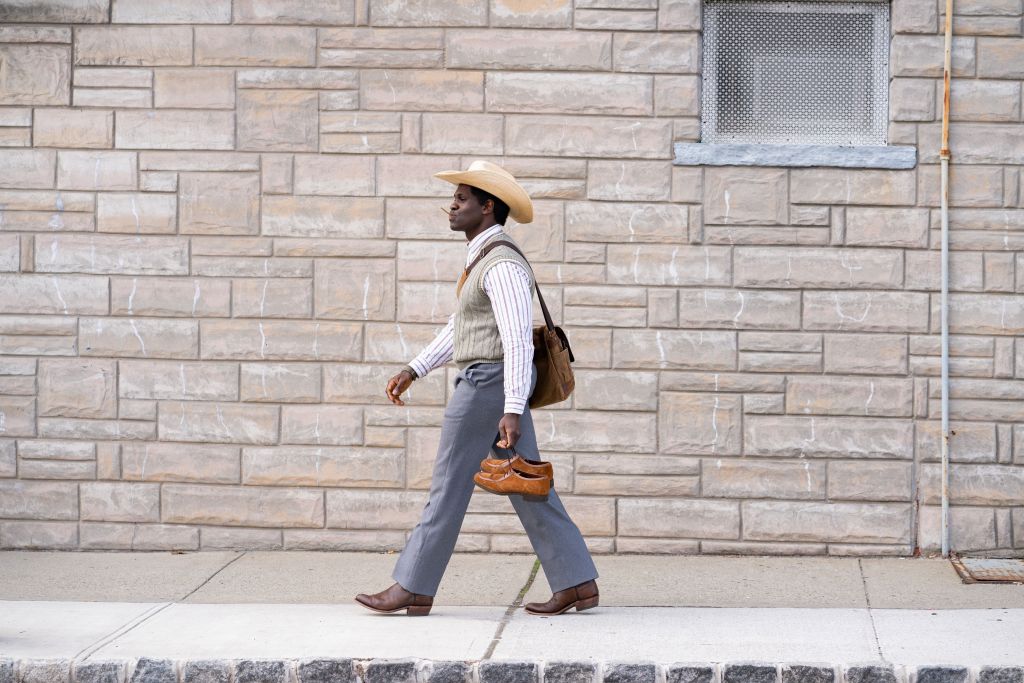 Many of these stories span years, while some play out over only a few months, or even days. Yet within the space of each compact, 30-odd-minute installment, the filmmakers(*) are able to efficiently capture the personalities of their main characters, specific cultural details, and family dynamics, as well as telling a clear and entertaining story about a particular moment in each person’s time in America. Some are lighter (the silent retreat) or darker (homophobia in Syria) than others, but all manage to incorporate gentle comedy alongside weightier emotional or sociological concerns. Marisol’s squash career, for instance, turns into an underdog sports movie in miniature after a while, including a training montage whose accompanying song choice is delightfully perfect. Even the Syria episode has room for joy and hope, as our hero makes a best friend (Adam Ali) who has built his entire life around Kelly Clarkson songs.

(*) Eisenberg, Gordon, and Nanjiani team up to write the episode about the Iranian dad. The others come from an eclectic mix of less famous writers and directors — certainly, none of the others have gotten swole to star in a Marvel film — who sometimes share backgrounds in common with the characters (one story is explicitly revealed to be autobiographical at the end) and sometimes are just gifted at telling other people’s stories.

Each episode primarily aims to be a story unique to its central characters. But they can’t help offering thoughts along the way about the country to which every subject has moved. America is presented as a repository of dreams that sometimes lives up to them and at other times provides the same old problems in a different context. In the cruise ship episode, our heroine laments, “Everyone here is sad,” to which an American-born dining companion replies, “Yeah, but that’s everywhere, isn’t it?”

The Oklahoma episode — a poignant ode to the power of a cowboy hat and a good pair of boots, whose final scene made my TV room as dusty as anything across the season — features a sequence where the main character attends an ESL class with fellow immigrants. The teacher asks each of them to deliver a speech beginning with the phrase “Only in America…”. Most of these are about mundane topics (our hero has a lot of hamburger takes), but the larger concept applies so well to the series as a whole that it would have served as an effective alternate title. Only in America could all these disparate stories — full of hope and disappointment, elation and agony — take place, because the entire nation was built on the idea of providing a new beginning for people who no longer felt at home elsewhere. Some people may try to act like that wasn’t one of our founding principles, and they’d probably find the very idea of a show like this contemptuous. But those who take a look will find a lot to love in the way these distinct yet overlapping immigrant experiences make the specific universal and the universal specific.