Richard Matt and David Sweat’s 2015 upstate New York prison break was compared to The Shawshank Redemption because the duo cut through the walls of their cells and took a long tunnel to freedom. But if their methods were cinematic, their personalities — and that of Joyce “Tilly” Mitchell, the prison employee who helped them — were far from it, which presents a stumbling block for Showtime’s otherwise entertaining Escape at Dannemora. The seven-part miniseries — it debuts on Nov. 18th — has abundant talent in front of the camera and behind it. Benicio Del Toro, Paul Dano and Patricia Arquette play, respectively, Matt, Sweat and Tilly, and Ben Stiller directs each installment. Their gifts are put to good use throughout, but in service of characters who never quite justify the time devoted to them.

Primarily written by Ray Donovan alums Brett Johnson and Michael Tolkin, and largely shot in the town of Dannemora (including some sequences inside Clinton Correctional Facility, where the real-life escape took place), the series follows the patient approach of Matt. He’s a lifer nicknamed “Hacksaw,” for squirm-inducing reasons that are eventually explained, but has set himself up like Red in Shawshank: the man who knows how to get things. He and Sweat toil together in the prison tailor shop, where Tilly works as a civilian supervisor whose storage room hook-ups with Sweat are an open secret to the other inmates and even the guards, who keep trying to alert her slack-jawed, blindly loyal husband Lyle (Eric Lange), to no avail. Matt is both a model inmate and a gifted amateur painter who does favors for guard Gene Palmer (David Morse) in exchange for special treatment. When Palmer inadvertently helps Matt realize that his cell and Sweat’s are adjacent to an unattended path to the bowels of the prison, the two begin working Tilly for supplies and other assistance with their getaway.

'Locked Down' Review: Once Upon a Crime in Quarantine

Prison breaks, like heists, almost always lend themselves to a lively filmed treatment, and this one is no exception. The portions of the series about exactly how the two cons are getting out are fun, particularly a near Better Call Saul-level montage in the third episode contrasting work in the tailor shop with their methodical cutting of their cell walls, and a sustained take in the fifth episode where Sweat takes a practice run through their escape route.

Stiller has almost exclusively directed comedy before now, but he has impressive command of this darker world, clearly laying out both the physical and emotional geography of the prison. And he gets a trio of outstanding and compulsively watchable performances out of his leads. Del Toro is all pent-up energy and oblique angles, like he’s starring in a version of The Usual Suspects where his Fenster is now the main character. It’s a delightfully (if predictably) strange collection of choices from him. Dano has the trickier role, as Sweat is quiet where Matt is gregarious. But his intensely still physical presence is striking, whether he’s inside the prison, trying not to be noticed, or outside its walls, where he proves to be the more capable fugitive. 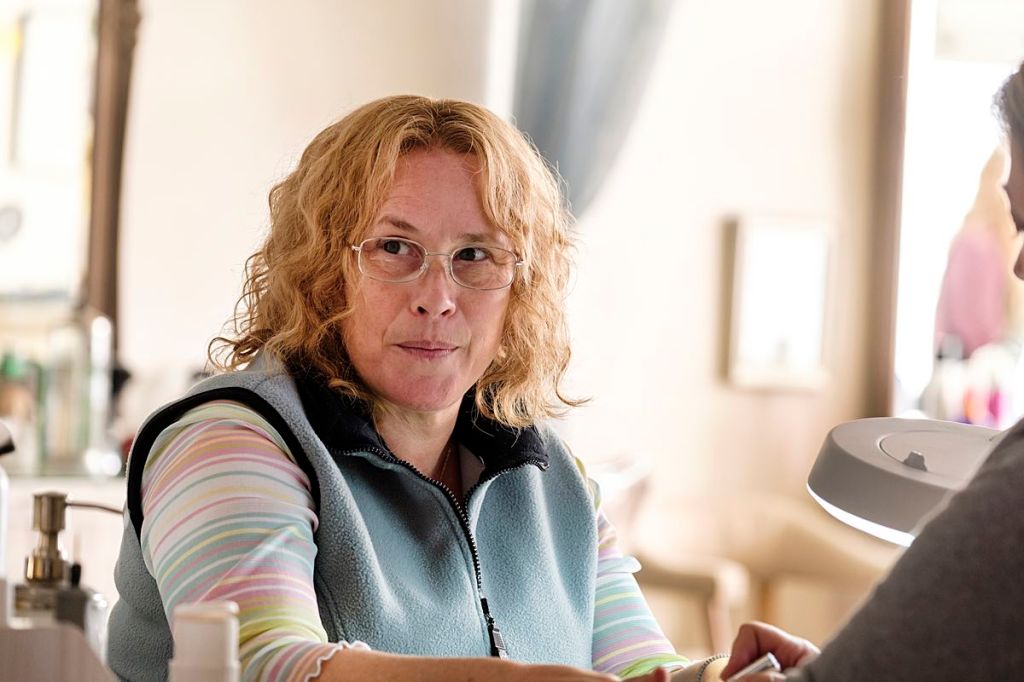 Arquette, meanwhile, leaves any pretense of vanity behind as Tilly. She sports stringy hair, oversized glasses that are 30 years out of date and a discolored, crooked smile. And the camera is conscious of every exposed pore on her face and every inch of cellulite peaking out of her cheap and ill-fitting clothes (she gained 40 pounds for the role). The performance is as ugly as the wardrobe and makeup, painting Tilly as a shameless, childish manipulator whose spell only works on the extremely slow like Lyle, or a man who has no other options like Sweat.

The series treats Tilly as a grotesque for whom it mostly has contempt (and Lyle as one for whom the filmmakers feel some pity, but not a lot). It’s a consistent vision of her character, but not one built to sustain seven-odd hours of television, especially when the two cons are painted with only the broadest of brushstrokes Richard Matt might deploy. The performances invest all three leads with more life than is there on the page (or that Johnson and Tolkin could find in their research), which becomes a problem the longer we have to spend in their company.

The Shawshank Redemption is memorable for the methods Andy Dufresne uses to get out of his cell, but more for his friendship with Red and the other cons — and it’s still only about a third as long as Escape at Dannemora. The actors and Stiller’s direction keep Dannemora mostly interesting despite how thin the characters are, but you can’t help wishing their skills had been applied to a more fundamentally compelling story.