“It was a fitting end. A doomed love story. A perfect tragedy.”

This is a character in Season Two of The End of the F***ing World describing the dark comedy’s first season. Across eight compact episodes, that season followed mismatched would-be lovers James (Alex Lawther) and Alyssa (Jessica Barden) — him a potential psychopath incapable of feeling anything, her an open wound who always felt too much — on an unintentional crime spree across the English countryside. There was murder, mayhem, vintage country music, and an utterly fitting but deliberately ambiguous ending: James running from the police as gunshots rang out, with no clarity as to whether he lived or died.

The story was told, completely and spectacularly (it was one of the best shows of 2018). There was no more that needed to be said about James or Alyssa, and no way to improve upon that perfect tragedy.

But this is TV in 2019, where no story is ever allowed to end and no show is ever truly dead, so of course a new season debuted this week on Netflix.

There is no way to fully discuss whether Season Two works without revealing James’ fate, which we’ll get to in the next paragraph (this is your one and only spoiler warning). The short version, though, is that the new episodes share many of the original batch’s most effective elements — strong performances, deft retro soundtrack choices (leaning more on folk this time), a blend of humor and pathos — without ever finding a reason to exist.

So of course James is alive. He is, in fact, the one describing the first season as a “perfect tragedy” — before adding, “And then I didn’t die.” Even he knows that this isn’t how the story was supposed to go, yet here he is, forced to go through the motions because Netflix and the UK’s Channel 4 wanted another season.

But it takes an episode to get to James — and to Alyssa, for that matter. The season instead opens with a new character, Bonnie (Naomi Ackie), an ex-con who was in love with Clive, the college professor by day, serial murderer by night whom James killed in Season One to protect Alyssa. We spend the first episode learning Bonnie’s sad story: how Clive seduced and manipulated her, how she was oblivious to his more monstrous activities, and thus why she is seeking revenge on Alyssa and James for what they did to her man. 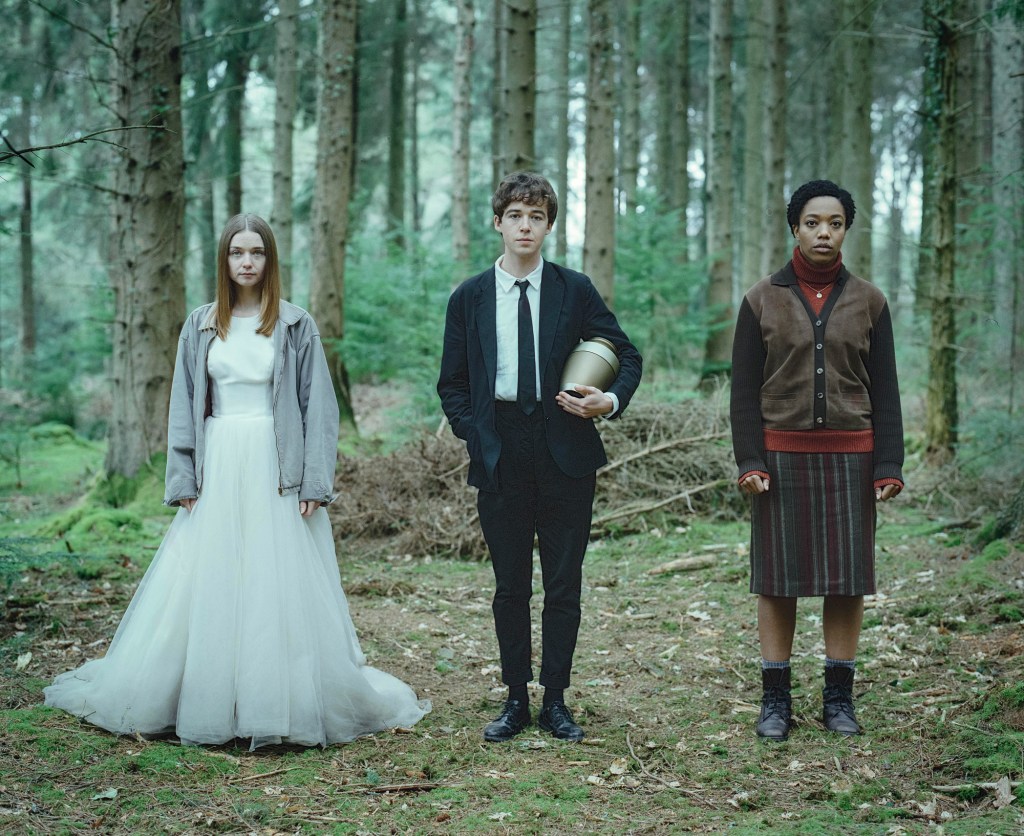 Bonnie’s presence — and Alyssa and James’ blindness to her agenda — is meant to recreate the same tension that the first season offered, back when James assumed that he was himself a budding serial killer who intended to claim Alyssa as his first victim. But that original story worked in large part because of the contrast between the mundanity of these kids’ regular lives and the violent insanity of their road trip together. When you mix them up with another criminal — even a criminal tied to one from the first season — then they become John McClane from the Die Hard sequels, battling another group of terrorists on another Christmas Eve. (Or like Bradley Cooper and friends continuing to run afoul of gangsters in The Hangover sequels.) Ackie is very good — and opening the season with a Bonnie-centric episode gives her some degree of narrative weight despite the audience’s pre-existing attachment to Alyssa and James — but a lot of the specialness goes away once the things that happened before start to happen again, and then again.

And what do we get out of confirming James’ fate, and putting him and Alyssa back together (physically, if not emotionally)? We get to spend more time watching Lawther and Barden play these roles, yes, this time in a role reversal. The events of the first season have made James realize that he’s not a psychopath, and now he is the overly emotional mess (albeit in a more buttoned-down fashion than Alyssa used to be). She, meanwhile, responded to James’ near-death and their separation afterwards by shutting down her heart altogether (though she still yells a lot). The switcheroo benefits both actors, even as the whole thing feels like a thought exercise. By the end of Season Two, I didn’t feel I understood them any more deeply than I had when James started running down the beach while the cops aimed and fired at him.

Early in the season premiere, Clive asks Bonnie why she wanted to take his philosophy class. She explains that she was interested in finding out “what the point is of anything.” This is a conundrum that can apply to sequel seasons as much as anything else in life. What is the point of continuing a story? Is it simply to spend more time with characters you care about? If that’s all that matters, then The End of the F***ing World Season Two justifies its existence. Is it to avoid even the slightest trace of ambiguity for an audience that prefers closure? Then ditto. But if it’s because the story and its characters had more important facets to explore, in ways that would enhance our appreciation of both, then Season Two never really gets there. It’s watchable but unnecessary. And by confirming James’ fate, then putting him and Alyssa into a remixed version of the first season, it does devalue that original story a bit.

It was a fitting end. A doomed love story. A perfect tragedy. Then it got renewed.