Netflix’s Criminal is, depending on how you want to look at it, either one big, bold experiment or four smaller experiments. A police procedural where every episode takes place only inside an interview room and its immediate surroundings, it is Bottle Episode: The Series — only with an international component that makes the concept seem simultaneously bolder and a bit more formulaic.

The show is technically four shows, with some shared creative DNA, which will be listed separately in the Netflix interface: Criminal: United Kingdom, Criminal: France, Criminal: Germany, and Criminal: Spain. George Kay and Jim Field Smith created all the versions, and all were filmed in the same studio in Madrid — on the same sets, in fact, with only the actors and the language to differentiate which country you’re in — but they tell different stories about different characters.

Interrogations, when dramatized well, can be among the most potent devices available to a cop show. But they’re very hard to sustain. Even the best interrogation show of them all, NBC’s Nineties classic Homicide: Life on the Street, only attempted an episode-length interrogation once, with the Emmy-winning “Three Men and Adena.” Criminal is not only doing this in all of its episodes, but attempting it across multiple countries, with a format that means we’re meeting all the characters in and around that interview room, often after they’ve been there for hours, trying to elicit (or avoid) a confession.

That the episodes are largely standalone, with familiar types of crimes, helps. The U.K. edition, for instance, opens with David Tennant playing a doctor accused of sexually abusing, then murdering, his 14-year-old stepdaughter. Nothing Law & Order: SVU hasn’t done dozens of times before. The other editions get a bit more regionally specific at times — the German version debuts with a cold case involving two men who grew up on opposite sides of the Berlin Wall, while the French premiere is tied to the Paris terrorist attack during a 2015 Eagles of Death Metal concert — but the motives and emotions on display are obvious enough that the show can toss viewers into the deep end of each case. Whether the police succeed or fail, the stories are structured to allow the Very Special Guest suspects like Tennant and (as a working-class woman suspected of poisoning her lover) Hayley Atwell to monologue satisfactorily before each hour concludes. You don’t need to know much going in to get something out of it. 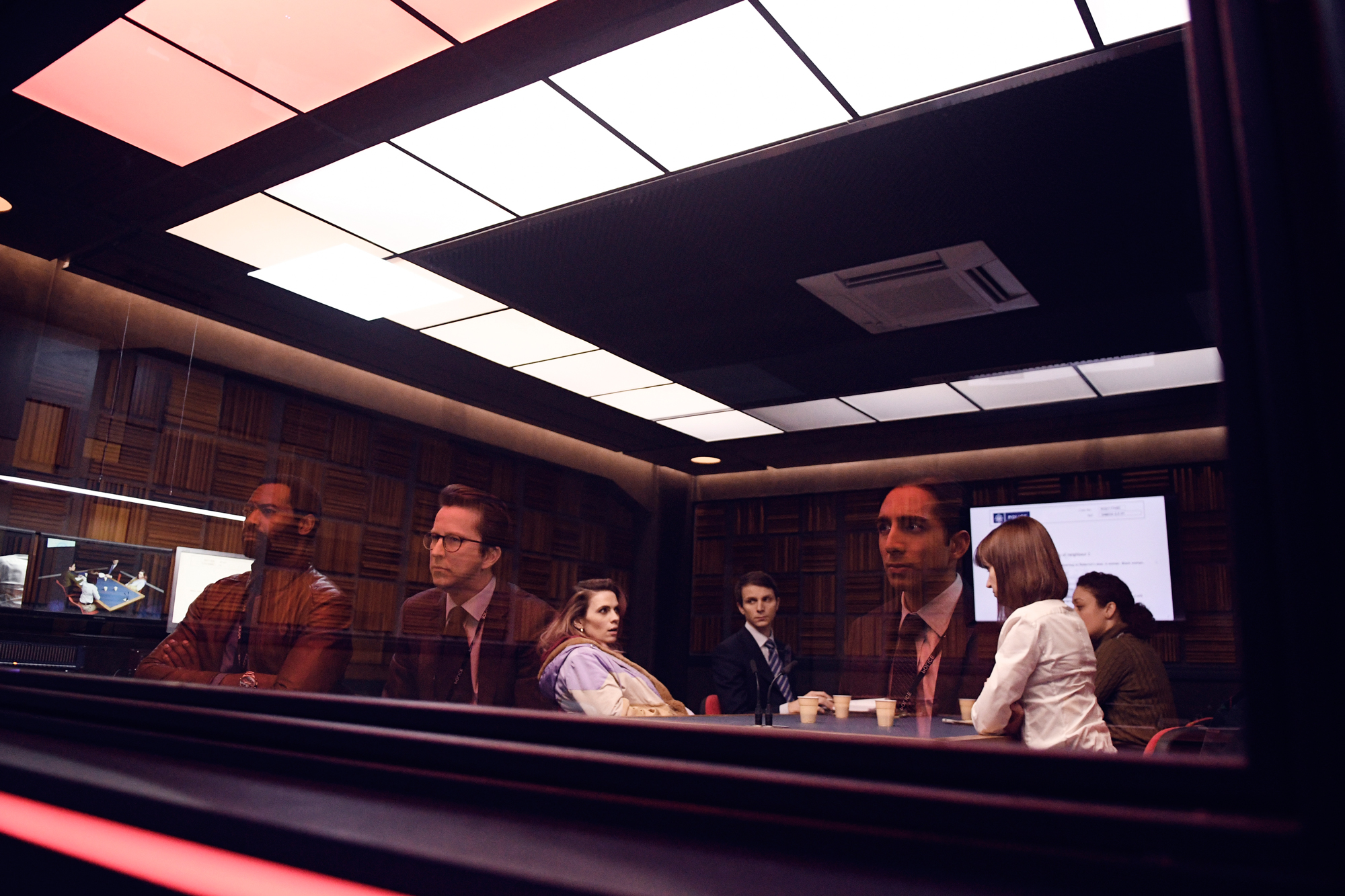 But the rigidity of the format and the brevity of each three-episode season create stumbling blocks. “Three Men and Adena” worked as well as it did because it was the culmination of a case that Homicide had already spent multiple episodes chronicling, as well as the impact it was having on the detectives working it. Criminal doesn’t have room to lay such groundwork, and has to try to achieve the same results via brief chatter among the cops on the other side of the two-way mirror. The actors playing the detectives are good(*), but they have to play broad, barely sketched-in types: the drunk, the hothead, the untested leader, etc. There are stabs at serialization — romantic tension among both the British and the Spanish cops, an internal affairs investigation of the German unit — but not enough time for it to matter, either within episodes or across these compact seasons. The interrogations themselves largely work as one-act plays, because the suspects are given ample characterization and build-up. But the regulars would almost be better off as total ciphers in this abbreviated set-up, cops who are as much a mystery to us as they are to the killers who very much don’t want to confess.

(*) And some may be familiar from other international series, like Nicholas Pinnock from Counterpart as a British detective and Sylvester Groth from Deutschland 83/86 as the head of the German team.

Though the individual cases differ throughout, anyone attempting to watch multiple versions will find more similarities than just the decor, like the way most of the premiere episodes feature the surprise arrival of a new/old member of the team. Cultural signifiers aside, almost any of the episodes from one country could be reassigned to another with a few minor tweaks. Is the series — which has different directors from each country (Downfall‘s Oliver Hirschbiegel helms the German episodes, for instance) — trying to suggest that policework is basically the same no matter where it’s practiced? Or is the homogeneity less about making a cultural point than it is a smart business decision?

The structure and production details behind Criminal evoke not Homicide, but NBC’s other classic Nineties cop drama: the original Law & Order. The cops/lawyers format of that series was dreamed up by Dick Wolf as a sales technique: a way to sell the show into syndication in a half-hour format, at a time when nobody was buying reruns of hour-long shows. Netflix is a company with worldwide reach, that often considers how its series will play in different markets. With Criminal, it gets to target several of those markets at once, and maybe find some audience crossover among them. Law & Order grew from its cynical beginnings into a great show, in part because it quickly figured out how to tweak, invert, and at times outright shatter its famous format. Can any or all of these Criminals do that? It would help if we got to spend more time in each locale the next time around. But this isn’t a bad start.

All four versions of Criminal debut September 20th on Netflix. I’ve seen all three episodes of the U.K. version and watched one apiece of the other three iterations.