'Central Park' Review: A Cartoon With a Song in Its Heart - Rolling Stone
×

If you’re familiar with the animated sitcom Bob’s Burgers, you know that the weekly song parodies, like the recipes for the restaurant’s Burger of the Day, are both expected and surprising. We always know something strange is coming, but never exactly what form it will take. The songs can be confined to the end credits, or be crucial parts of the plot — like when the kids staged a musical mash-up of Die Hard and Working Girl. And they always feel like an added treat on top of the show’s primary silliness.

Apple TV+’s new Central Park, created by Burgers writers Loren Bouchard and Nora Smith, plus Josh Gad, inverts the Fox comedy’s winning formula. The new cartoon is a full-blown musical, where the plots and the jokes are both there mainly to service the original songs.

'The Mosquito Coast': Justin Theroux Heads South of the Border

Oscars 2021 Predictions: Who Should Win, and Who Will Win Trophies on Sunday

Bouchard and Co. have once again given us a sweetly dysfunctional family, the Tillermans, who reside in the New York landmark of the show’s title because dad Owen (Leslie Odom Jr.) is the park manager. Mom Paige (Kathryn Hahn) is a journalist desperate to find a big story to investigate (and, so far, immune to any job anxiety in the modern media environment), while kids Molly (Kristen Bell) and Cole (Tituss Burgess) deal with simpler concerns: a crush on a boy for her, a longing for a pet for him. Even though Apple isn’t binge-releasing the show, it’s much more serialized than Bob’s, as the Tillermans gradually get caught up in a plot by cruel hotel heiress Bitsy Brandenham (Stanley Tucci) to privatize the park and fill the space with condos and chain stores.

The regular cast also includes Daveed Diggs, as Bitsy’s bitter assistant Helen, and Gad, as Birdie, the park’s unofficial troubadour, who also knows where the story is going and talks to us in the audience. Birdie sings the show’s soaring title tune, which feels inspiring even with lyrics like “Where else can your son and daughter splash in dirty hot-dog water?” The various plots advance bit by bit, but it’s never long before there’s another toe-tapping number, covering a wide array of genres — and from an all-star collection of songwriters that includes Sara Bareilles and Cyndi Lauper — takes over for a while. 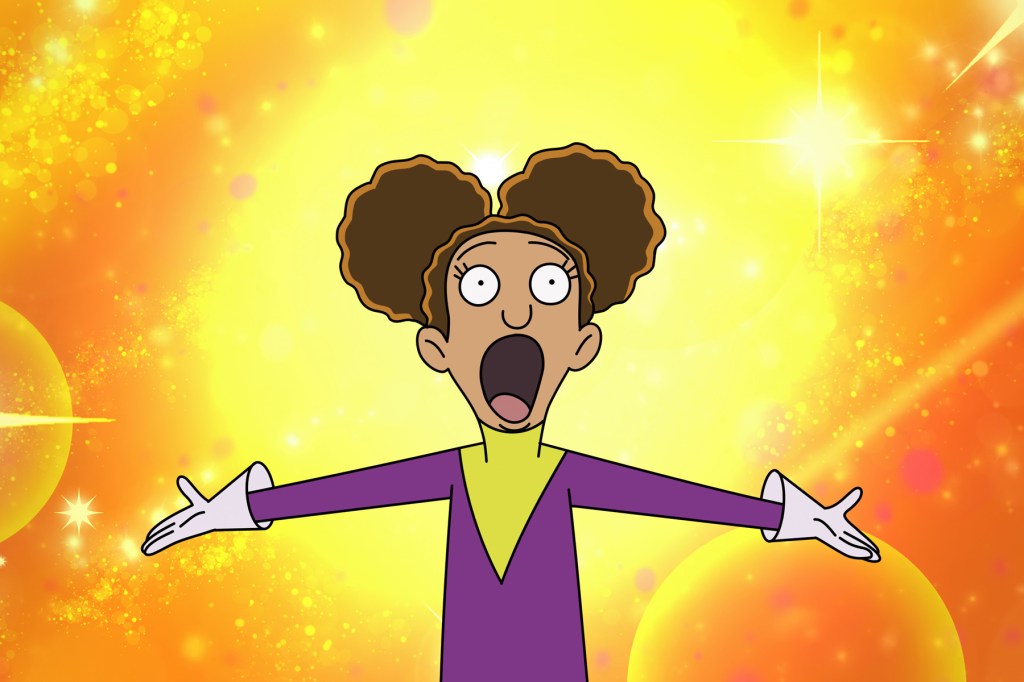 As endearing as the Bob’s songs are, most of them are designed as jokey pastiches(*) — delightful in the moment, but not always built to linger. The Central Park songs still have jokey elements in them — Lauper’s big contribution is a song called “Garbage Ballet,” where Owen marvels at New York’s sanitation machine in action — but on the whole they feel more sincere, durable, and even catchier than even the best Bob’s numbers. In particular, you won’t be able to get Bareilles’ power ballad, “Weirdos Make Great Superheroes,” out of your head for a long time after the first listen. Nor will you want to. The main cast all have powerful, adaptable voices that fit whatever style is required, and the guest stars tend to be vocal ringers, too. (Odom and Diggs’ fellow Hamilton alum Chris Jackson, for instance, plays the leader of a group of roller skaters whose antics violate the rules that Owen tries to enforce in the park.)

(*) There are, of course, exceptions that are played largely straight, like “Bad Stuff Happens in the Bathroom” or “I Do.”

That said, the pleasures of Central Park are also inverted from what you might expect out of Bob’s Burgers. The songs are a joy, while the comedy is a bit on the thin side. Some of this owes to the heavier emphasis on plotting, and some on the fact that the regulars are all very broadly defined in the early going, when character-based comedy of the type Bouchard specializes in benefits greatly from both the writers and the audience developing a deep understanding of who everyone is and why they behave a certain way. There’s whimsy in the show’s depictions of the many weird corners of Manhattan — Paige gets a good lead on Bitsy’s scheme while having a shvitz in a Polish neighborhood — but not a lot of big laughs when the music isn’t playing. (One of the funnier bits of business involves Owen and a sanitation company manager, played by Fred Armisen, singing about city statute loopholes.) As someone who’s neither a member of the family nor involved in the plot, Birdie in theory should be a big source of comic relief, but the character feels extraneous — there because of Gad’s musical chops and important behind-the-scenes role.

Still, Bob’s Burgers could also feel frantic and strained at a similar stage of development. (Apple only gave critics four Park episodes for review.) And Central Park‘s songs are so infectious that the show’s areas for improvement were really only apparent well after I’d stopped watching each episode. Central Park may not already be, as Birdie sings, central in my heart, but the music alone already has it much closer than a show this young has any business being.

The first two episodes of Central Park premiere May 29th on Apple TV+. Episodes will be released weekly on Fridays for the rest of the season.