'The Nevers' Midseason Finale Explains It All - Rolling Stone
×
×

This column contains spoilers for the midseason finale of The Nevers, which is available now on HBO and HBO Max.

The Nevers has echoed many previous works of its creator, Joss Whedon, from its superheroines battling the patriarchy to its quippy, self-aware dialogue. Even outside the story of steampunk heroics in Victorian England, it keeps calling to mind past Whedon shows. Whedon left the series after completing principal photography on these first six episodes (and shortly before actors like Ray Fisher and Charisma Carpenter’s accusations of mistreatment by Whedon, which made him radioactive), leaving it to his actors to promote The Nevers prior to its premiere last month. Several of their interviews included a promise that this sixth episode would really wow people.

Andy Señor Jr. on the 'Cuban Conversation' Behind His 'Revolution Rent' Documentary

Whedon-ologists may recall that this was the exact same approach he and his actors took a dozen years ago with the premiere of Dollhouse, his Fox drama starring Eliza Dushku as Echo, a woman whose memories had been erased so she could be imprinted with the skills and personality needed to handle complicated jobs for high-paying clients. It was that show’s sixth episode, too, which everyone insisted would bring the messy premise — which always felt like sex trafficking, even when Echo was performing nonsexual tasks — into clearer focus. That episode was, indeed, much better than what Dollhouse had been doing to that point, though it didn’t solve all of the series’ many narrative problems. It wouldn’t be until the season finale, “Epitaph One” (which ironically didn’t air on Fox at all, due to a dispute over the budget), that Dollhouse felt like a show with a coherent story worth telling.

“Epitaph One” takes place in a dystopian future where the Dollhouse’s technology has gotten out into the world and scrambled everyone’s minds. As two survivors of this hellscape take shelter in the Dollhouse offices, we see glimpses of how the show got from Point A to Point B, and are given a roadmap of where the series will go once we return to Echo and friends in the present. And we get confirmation that the creative team fully understands the moral rot at the heart of the premise.

The Nevers midseason finale, “True,” more or less plays the same card. We open nowhere near the Victorian Age, in a ruined future full of incomprehensible jargon and characters we’ve never met before — even if one of them, a soldier referred to as Stripe (played by Claudia Black from Farscape), carries herself in a way that feels familiar. Eventually, Stripe and a colleague stumble across some artifacts from the show’s main era, like the parasol carried by gadgeteer Penance Adair (Ann Skelly), and the link to the main storyline is made clear. The aliens who gave Penance and other members of “the Touched” their powers (or “turns”) are known as the Galanthi, and the Earth at some point became divided between those who believed the Galanthi had come here to save us and those who thought they were our ruin. The war between the two factions has destroyed everything, and it sparks the last surviving Galanthi visitor to flee back to its home, but not before reaching out and doing something to Stripe. 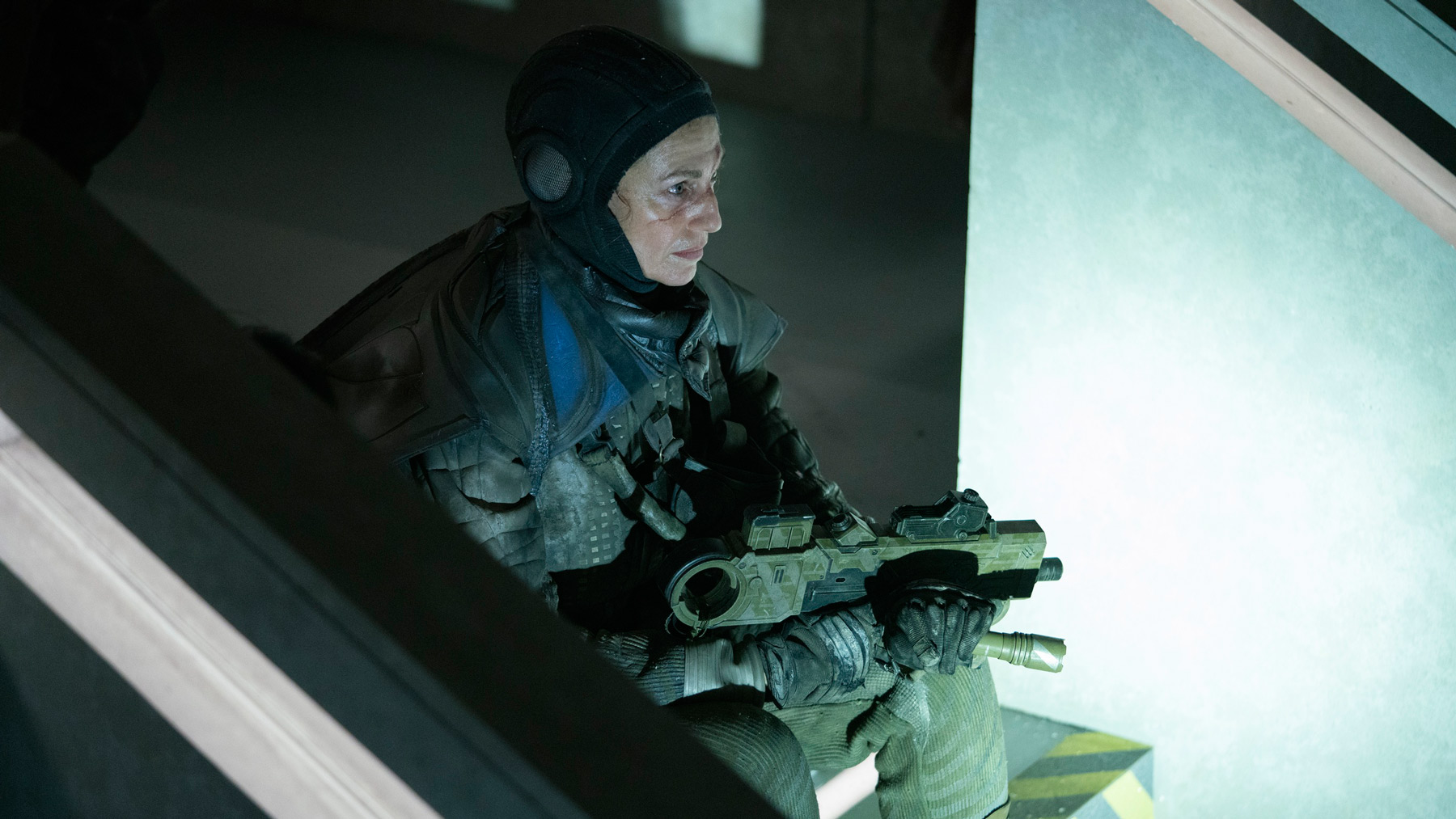 We then jump back to before the series even began, to the humble life of our chief heroine, Amalia True (Laura Donnelly), who is then going by “Molly” and working at a small bakery. After an unhappy marriage, several miscarriages, and the death of her husband, she decides to end it all by jumping into the Thames, as we’ve seen in previous episodes — only this time, we discover that what was pulled out of the water was Stripe’s mind in Molly’s body, having apparently been sent back by the Galanthi to ensure things turn out better the second time around.

While it’s a borrowed twist from a past Whedon show — even the body swap of it all is basically like Echo being imprinted with someone else’s memories(*) — it also works wonders for much of what has ailed The Nevers to this point. It explains why Amalia seems to know even more about the future than her precognitive powers have shown her, and also why she’s such a gifted fighter. More importantly, it gives the series much bigger stakes and a more clear vision for what the story will be moving forward. As the episode — written by frequent Whedon collaborator Jane Espenson, and directed by Zetna Fuentes — moves rapidly through time to catch up with the season’s main plot, we learn that Amalia has told both Penance and Dr. Cousens (Zackary Momoh) about the Galanthi and her true identity, and it concludes with her preparing to tell everyone else in their group, which will put all our heroes on the same page going forward. (Secret-keeping in superhero shows is almost always more trouble than it’s worth.)

(*) Among the finale’s delights is the long section where Stripe-as-Amalia is stuck in an insane asylum and still speaking with a North American accent (Donnelly sounds great!), to the point where it’s almost disappointing when a fellow patient teaches her how to talk like a proper Englishwoman.

“Epitaph One” didn’t fix all of Dollhouse‘s many flaws. Perhaps because the episode existed at first only as a DVD bonus feature, early installments the following season even tried going back to the squirm-inducing Imprint of the Week formula. And it wasn’t until Fox had told Whedon there wouldn’t be a third season that the show began writing exclusively towards that future and came close to achieving its potential.

Similarly, discovering the truth about Amalia (she reveals that her real name — preciously guarded in the timeline from which she came — is Zephyr Alexis Navine) doesn’t magically untangle The Nevers’  many convoluted story threads and half-written supporting characters. (If the show comes back without high-society pimp Hugo Swan, would anyone complain?) But beyond the surprise of it, the focus on Stripe/Molly/Amalia felt far more emotionally satisfying than anything the series had done previously. The future scenes were intentionally confusing, but Black’s performance and the more spare narrative style made them more compelling than most of what happened while we were bouncing around a dozen major Victorian-era characters. The interlude with the real Molly works as a tragic short story, and then the asylum sequence is by far the liveliest thing in any of these six episodes.

So there are lessons here that Whedon’s successor as showrunner, Philippa Goslett, can take as she and her collaborators continue the series without his involvement. And his departure likely means that future episodes won’t feel quite so much like a remix of his greatest hits. The Galanthi give Stripe a second chance to get their story right. Now The Nevers has the same. Let’s hope both take full advantage of that chance.