Killing Eve is back for Season Two. A review of the premiere, “Do You Know How to Dispose of a Body?”, coming up just as soon as I can bring myself to put on these Crocs…

“Normal is boring. I’m not normal, you know.” -Villanelle

As with Barry, there were reasons to be concerned about Killing Eve returning for a second season. That first batch of episodes at times felt more like a magic trick than a TV show, constantly leaving me wondering how Phoebe Waller-Bridge was keeping everything floating with no visible wires. That precarious balance of comedy and action seemed hard to maintain over the long haul, particularly with Waller-Bridge departing to make a belated second season of Fleabag. While Season One ended on a traditional cliffhanger — Eve stabbing Villanelle in her Paris apartment — the show to that point had been so unconventional, that could have served as the thematic summation of this story of love, death and obsession. Eve gets so deep into Villanelle’s head that she becomes a killer herself. Bow, lower curtain, enjoy the applause. Fin.

'Killing Eve' to End With Season 4, But Spinoffs Are in Development

The Twisted Thrills of Killing Eve

Season Two’s premiere isn’t without its bumps, particularly in how the show strains to work around the cliffhanger and keep Villanelle in play. But new showrunner Emerald Fennell also demonstrates a strong command of that delicate tone, what makes her two main characters tick and the strengths of her two stars.

After Villanelle escapes Eve — while Eve, in a tense continuous take, escapes the assassins who have been sent to deal with the rebellious Villanelle — the two women are separated from each other for the rest of the premiere, as Fennell looks to unring some of the bells Waller-Bridge left for her. Some of this is relatively easy, like Carolyn un-firing Eve because she still has a useful skill set, on top of needing protection from Villanelle. Other parts take longer to reassemble, like Villanelle requiring a hospital visit for her knife wound, followed by an escape from her new doctors. 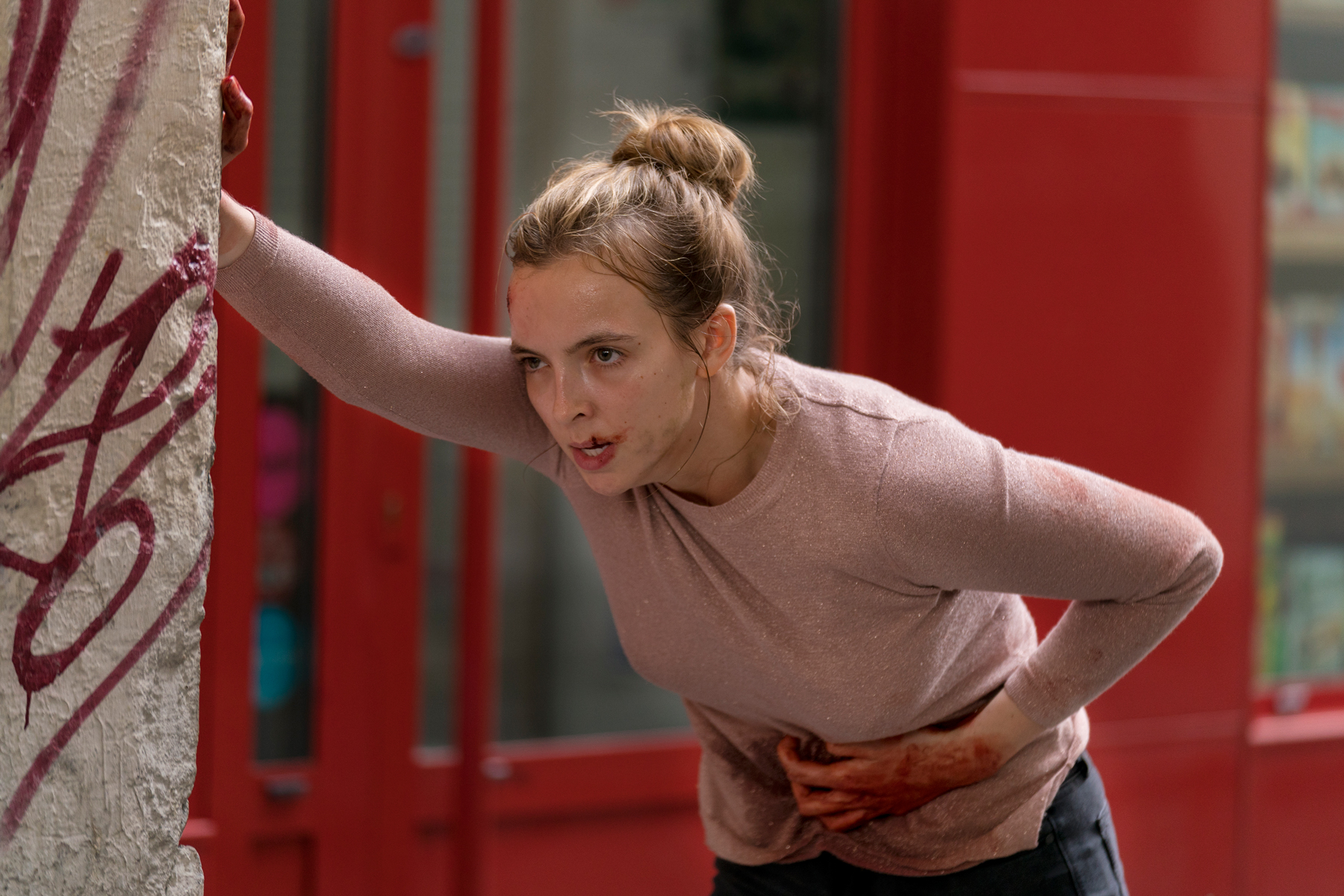 The hospital interlude plays up the notion that Villanelle’s sociopathy has frozen her with the emotional maturity of a young girl. She winds up in the pediatrics ward and immediately wants a teddy bear and stickers. Soon, she is clad in a spare set of superhero pajamas belonging to her suite-mate Gabriel, a young boy newly orphaned after a car crash, complaining all the while about the jammies and the other wardrobe options available to her in the hospital. As Eve notes later to Carolyn, Villanelle loves a costume, but she likes costumes with style, and there are none to be found here.

It’s in a pair of hospital scenes that Fennell proves how well she understands Villanelle, and how far she’s willing to push her behavior. Jodie Comer and the writing make Villanelle funny and cool and larger-than-life, but the first season also understood that she’s a monstrous killer who doesn’t think or care about the consequences of her actions. Season One moments like Eve finding the bodies of Villanelle’s victims in the hospital room or Bill being stabbed at the club were genuinely horrifying, which actually gave the series greater license to find humor in this world. In this episode, Villanelle is physically hobbled, but her personality is unchanged. So when she impersonates a doctor to rob a comatose patient’s wife, she thinks she’s actually doing a kindness to tell the woman that her husband is improving. Or, at least, it doesn’t occur to her that this false hope will only be more painful to this lady she just needs to get away from.

Later, Gabriel weeps over the death of his parents and his own gruesome burn scars, and says he wishes he had died in the car wreck like everyone else. Villanelle hugs him in what for a moment looks like an expression of genuine empathy; but a moment later, she snaps the poor kid’s neck. It’s shocking — even antihero dramas like this usually draw a line at their main characters murdering children — but it’s also disturbing in its ambiguity. Was this another instance of Villanelle doing something cruel (and, in this case, irreversible) because she mistakenly assumed, based on Gabriel’s comments, that she was being kind? Was she just eliminating a witness, and Gabriel was doomed whether or not he expressed a desire to die? Or was this a bit of one-stop shopping for our stylish blonde monster? However you interpret it, it felt entirely like something she would do, and like something this show unfortunately needed to do as another reminder that this isn’t all fun and games, no matter how good Comer and Sandra Oh are with the crackling dialogue they’re given. (Villanelle, deadpan: “Yes. I am funny.”)

Eve, meanwhile, continues to demonstrate how much Villanelle has come to infect her by getting into a brief tussle with a little boy at the train station candy shop. It’s a funny moment, but it’s got nothing on the delightful, unsettling, sustained laugh that Oh lets rip a few moments later when a woman at a bar mistakes Eve for a fellow recovering addict. The irony is that Eve is an addict, but she’s addicted to Villanelle, not booze or pills. When she gets back home, she suffers through extreme mood swings, first cooking manically and dancing along to “Kids in America” on the radio, then cowering in the tub for more than an hour. She’s lying about what happened in Paris to her husband Niko, to Carolyn, to everyone but herself (and the poor couple who are getting engaged right as Eve blurts out in front of them, “I think I might have killed her”). Though she’s adopted some of her nemesis’ personality traits, she’s not built to keep things bottled up inside her the way Villanelle is, and some of the fun of the premiere is in watching her struggle to shut up as Carolyn draws her back into the spy world. But she’s also much more comfortable when she’s back at work, even when she and Carolyn are eating fast food in a morgue to get over the smell of the corpses.

The premiere is mostly concerned with reassembling the pieces and arranging the chessboard for whatever story Fennell has in mind. But Eve and Villanelle still feel like themselves, just as Killing Eve itself feels relatively intact, despite the behind-the-scenes shuffle. It’s a promising start to a season I was very worried about going in.