'Fargo' Recap: Rules Are Made to Be Broken - Rolling Stone
×
×

A review of this week’s Fargo, “The Birthplace of Civilization,” coming up just as soon as I’m punctilious with my elocution…

“Why would I fight for a country that wants me dead?” —Loy

“The Birthplace of Civilization” gets its title from a conversation between Ethelrida Pearl Smutny and Deafy Wickware. The lawman is applying pressure to get Ethelrida to give up the whereabouts of her aunt, and condescendingly suggests that if she thinks of herself as a “civilized” person, “you’ve got to act in a civilized manner.” Ethelrida, bristling at his racism and ever the smartest person in the room, points out that civilization began in Africa, and thus she and Deafy are descended from people who once lived on the same savanna. It’s the first time we’ve seen Deafy rendered utterly speechless — and, for that matter, a rare instance where any Tim Olyphant character runs out of words — but only until he tosses aside the carrot and takes out the stick, threatening to get her expelled from school if she won’t cooperate.

It’s a fitting counterpoint to the earlier scene where Ethelrida visits Zelmare and Swanee at their hotel hideout. The fugitive lovers explain that they’re outlaws, not criminals, and that the key distinction is that outlaws don’t have to follow rules, while criminals do. This will be proven incorrect on a few levels. The first is that Loy Cannon’s men will get to Zelmare and Swanee before Deafy does, and Loy will conscript them into his army as “invisible soldiers” he can use against the Faddas. To stay alive, they have to at least temporarily sign on with a criminal organization and follow Loy’s rules. The second is that the episode provides ample evidence that the rules are more like suggestions, and that people on both sides of the law — from mobsters like Loy and Gaetano to cops like Deafy and Odis — follow them only when it’s convenient. Ethelrida’s father, Thurman, will lament that he didn’t know the rules of the game when he wound up paying Loy back with his own stolen, smelly money, and Loy replies that the rules from now on are, essentially, whatever Loy tells Thurman that they are.

It’s another chaotic episode — so much that one can hardly blame Rabbi Milligan for wanting to take Satchel with him and disappear into the night if things get much worse(*) — as the Faddas, the Cannons, and the cops all make moves against one another, with the Smutny clan somehow caught in the middle of it all.

(*) When Loy’s men suggest he just return Satchel to his family, Rabbi  — who has already survived two wars like this — says with heavy-hearted resignation, “No. You’re all gonna die.” This certainly tracks with the idea that Satchel will grow up to be Season Two’s Mike Milligan, who in the late Seventies is a relatively anonymous cog in the organized crime machine then running Kansas City. Satchel/Mike could still wind up that way even if his father or other key Cannon Limited members survive this war. But the adult Mike carries himself like a man who has had no family to rely on for a long time.

A flurry of moves and countermoves includes Lemuel Cannon and his bodyguards getting arrested at a jazz club (and Leon being choked by a policeman’s baton, in a painfully contemporary-feeling moment), Loy running roughshod over the extended Smutny family, and Gaetano killing anyone who displeases him even slightly — which unfortunately includes Doctor Senator.

When Josto visits the imprisoned Cannon soldiers, he brags that white America looks at him proudly as someone who uses crime to get ahead — that he could do what he wants and still run for president — whereas the Cannons are viewed as crime itself. Gaetano, with his wild eyes, unmistakable temper, and reckless behavior, would probably not be able to run for president(*). When he and Constant Calamita meet at an out-of-the-way bar, they are ostensibly there to talk strategy for Gaetano’s plan to defeat the Cannons and his hated brother at the same time. Instead, Gaetano gets distracted by a busboy who laughed at him outside for slipping on ice, and by the lousy cup of coffee the bartender serves him. Soon he is ranting about how soft he finds Americans versus his own countrymen, typified by our paintings of a Jesus who “looks like a lady,” versus in Italy, where “they had to nail our Jesus to the cross, otherwise, he comes down and kill every last motherfucker in Jerusalem” — at which point, he plays the role of Italian Jesus and guns down both men for their extremely minor sins.

(*) Then again, the last few years of life in America suggest anything is possible.

With Ebal Violante out of town trying to collect more soldiers to fight on Josto’s behalf, Gaetano and Calamita next make their way to the coffee shop to take over the consiglieri’s usual meeting with his Cannon counterpart. It’s clear almost instantly that this will not end well for our beloved Doctor Senator, and likely clear to the great man himself. He at least makes sure to deliver one last speech to his opponents, dismissing them as “just boys makin’ a mess. And one day, I’m gonna have to clean it up.” But they’re younger, meaner, and more ruthless, and they gun him down in the street before he even has a chance to draw his gun for the hit he knows is coming.

Glynn Turman has been the highlight of the season through these five episodes, but Doctor Senator never seemed the type to make it to the end of such a story in one piece. He was too wise, too mature, too calculating for a war that gets messier by the episode. And he’s not only granted that speech before he dies, but mourned with the season’s first significant playing of the Fargo movie score, which the TV show only breaks out on significant occasions.

I will miss dear Doctor Senator, Esquire. And I don’t think anyone else should get too complacent, the way things are going. 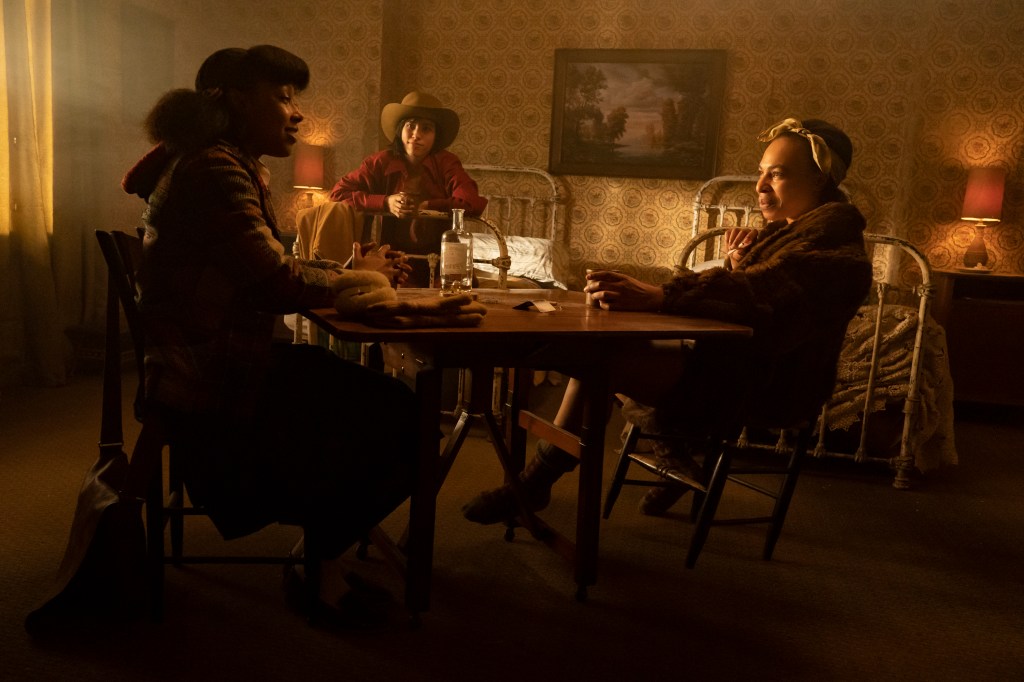 * In the premiere, Ethelrida was positioned as this season’s main character — or, at least, the Peggy Blumquist equivalent of the civilian unexpectedly caught up in a mob war. But she’s receded in prominence since that first episode, and has to share the Peggy role to some degree with Oraetta Mayflower. This episode at least puts the two at odds, as Ethelrida writes an anonymous letter to Dr. Harvard calling out Oraetta for her Angel of Death act.

* Odis gets a whole lot of backstory this week to help explain his anxiety. (Though not the OCD, which is its own condition.) Loy explains that Odis was a minesweeper in World War II, and once let his commanding officer die in a field he hadn’t yet swept. In a later conversation with Deafy, we find out that while he was serving overseas, his wife was raped and murdered. Though the events turn out to be linked — he was distracted by the news about his wife on the day he let the colonel die — it’s perhaps too much gruesome tragedy to pile onto any one character. Or maybe it’s just that Odis seems like a thinner, less interesting character than most of his peers. (Constant Calamita’s story about coming to America as an orphaned baby in a box, on the other hand, works because Calamita’s become one of the season’s more vivid figures, and also because he’s telling the story to Doctor Senator.)

* Gaetano is definitely the dominant Fadda brother this week, though Josto gets one of the season’s defining lines: “You know why America loves a crime story? Because America is a crime story.”