We’ve arrived at another Walking Dead midseason finale and, true to form, another beloved character dies when we least expect it. SPOILERS AHEAD – do not read on unless you’ve already watched the episode. If you’ve even glanced at Twitter, you probably already know what happened. But you’ve been warned.

Seriously — if you’re not caught up, stop reading now.

Okay, so for everyone who did watch last night’s Season Five halfway-to-home finale, let’s examine what we’ve learned over the last eight weeks.

1. Even during a zombpocalypse, it’s hard to let go.
Sasha isn’t over Bob, and ends up letting a prisoner escape because the man shares the same name as her late boyfriend. Tyrese can’t get over the fact that he let evil-cannibal Martin go back at the cabin outside Terminus, and then the rest of the Terminites came back to eat Bob’s leg. Father Gabriel can’t let go of his religious faith, even if it means putting himself in danger. (So the walker had a cross necklace. He’s undead, Gabriel. Let it go.) “You can’t go back, Bob.” Indeed – this is apparently the official theme of Season 5.1 since we’ve heard it twice, once from Gareth and the second time from newly ruthless-as-hell Rick.

2. Yes, Rick is ruthless.
When Prisoner Cop Bob refuses to stop running away, Rick slams into him with a police car.  And then when the former hostage begs for mercy because he has a broken back, Rick shoots him in the head. (Wasting a perfectly good bullet – why didn’t he just wait for the zombies to come eat him? They were right there.) Rick didn’t even want to go the whole hostage-taking route, but finally listened to Tyrese and Daryl. His original plan was just to ambush the hospital, all silent and deadly. The one-of-yours-for-one-of-ours route was supposed to lead to more positive conclusion to this whole build-up to the rescue of Beth and Carol.

3. Cops are supposed to protect and serve.
But what we expect cops to do and what they actually do are two different scenarios. (Any resemblance to recent real-life scenarios involving the police are, of course, completely coincidental.) The boys in blue under Dawn‘s regime are pretty icky people, what with the shoving and the sexual harassing and the general nastiness; she thinks she’s doing the right thing, but her reign is still resulting in deaths. Dawn accuses Beth of being a cop-killer and Officer O’Donnell overhears their conversation — soon, some hand-to-hand combat leads to Beth pushing O’Donnell down the elevator shaft of zombie despair. Cops are supposed to be good people. Until they’re not, whether that’s on a television show about zombies or the world outside the screen. 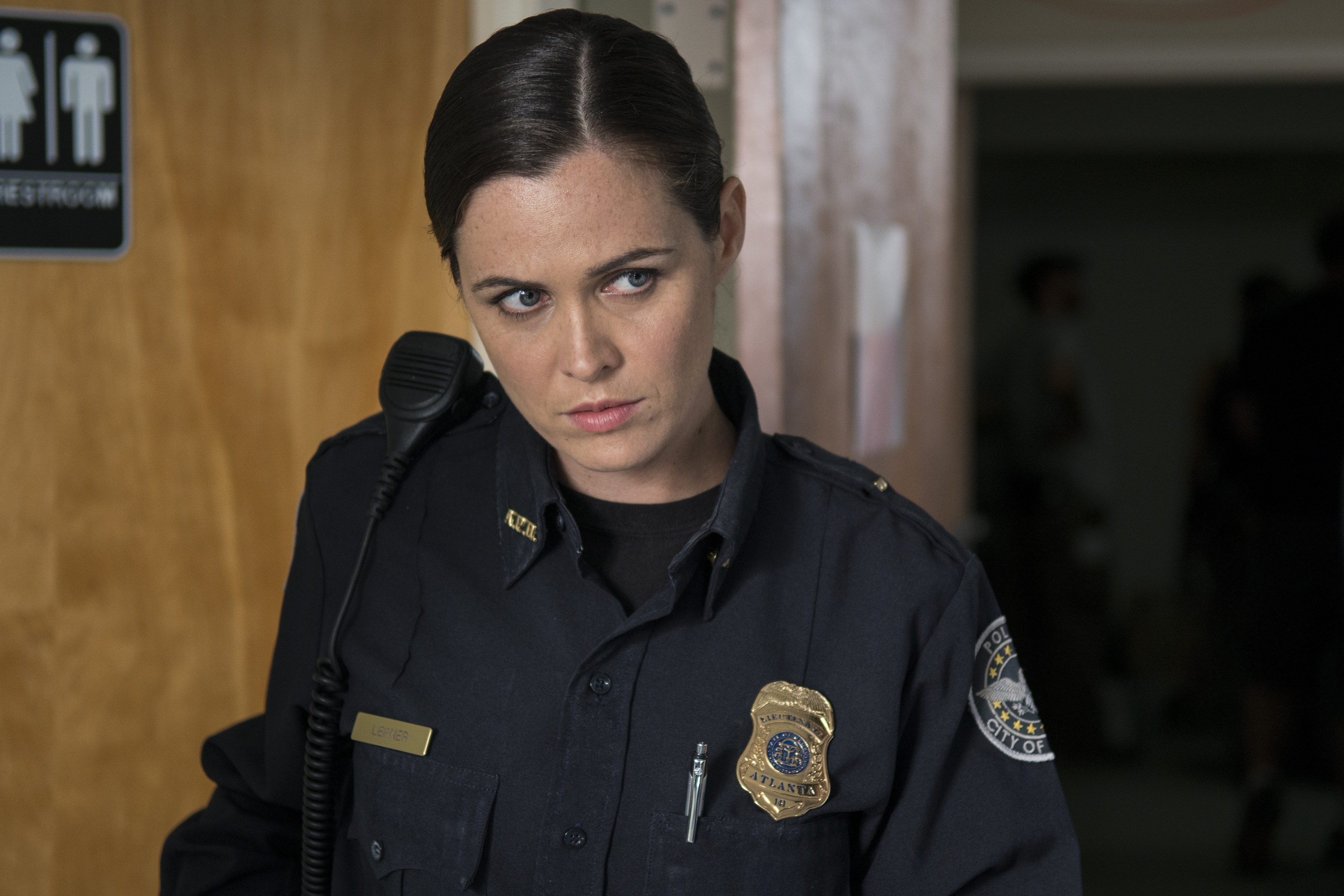 4. You can’t ask for more once a deal is done.
Team Grimes and Team Grady face off and, under the terms of their negotiations, Carol and Beth will be swapped for the two cop-hostages. The trade goes according to plan until Dawn insists that Noah  replaces Beth as her ward. And — because this is a Walking Dead midseason finale — a gun goes off. Cue tears from the rest of the world. Why, exactly, did Beth feel the need to stab Dawn? The trade went through and those scissors weren’t going to cause a deadly wound; was Beth simply trying to prove she was as strong as Dawn said she was? If she hadn’t attacked her, our heroine would still be alive, right? Or we’re supposed to be like Gabriel and consult the bible — specifically, the book of Exodus, where it says something about an eye for an eye. Or in this case, a stab to the neck for a bullet to the head.

5. Speaking of religion…
…how Alanis Morrissette-style ironic is it that Father Gabriel was locked out of his own church, a callback to how he treated his own congregation? Michonne and Carl rescue Gabriel from a zombie herd and kickstart a massive walker massacre right under the words “He who drinks my blood and eats my flesh has eternal life.” Gabriel almost sacrifices himself to make sure everyone escapes. The man of faith can’t run anymore because he took a nail to the foot (not unlike that guy on the crucifix, who we believe also had a nail in his foot). And just as the zombies are about to surge out and kill our friends, miracle of miracles –  our mustachioed friend with the biblical name, Abraham, arrives with his gang in a fire truck, saving the day even if he can’t save the world. Amen.

And so, finally: We say goodbye to Beth, the lovely farmer’s daughter, she of the singing and the getting drunk with Daryl. You will be missed. Also, true to this episode’s title — “Coda” — we’re given a brief postscript. Rick’s crazy old neighbor, Morgan, stumbles across the zombiechurch and sees the map that tells him he’s tracking Mr. Grimes. Please tell us he’s going to catch up with our survivor friends as soon as possible. We deserve Morgan. Give us Morgan!