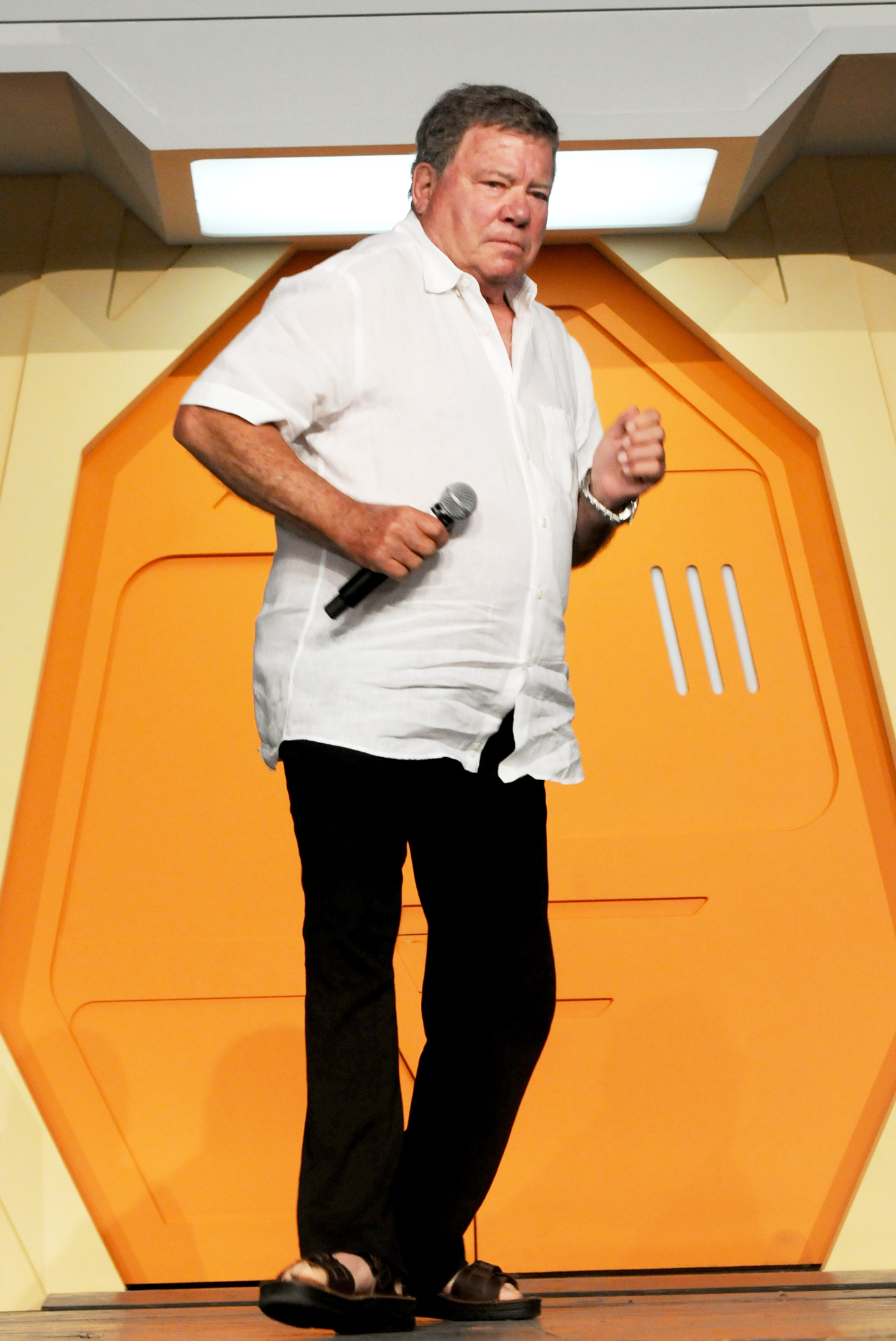 Next year will mark a half-century since Captain Kirk first piloted the Enterprise into the Final Frontier, and William Shatner wants to celebrate. The thing is, nobody at Paramount has reached out to him, so he’s pitching his own Star Trek anniversary show. “I don’t know how they can do their own without me,” he recently told The Guardian. Nevertheless, he has not had much luck with his own idea. “We had a big company say, ‘What about a musical or a music variety show?’ That got some traction – but nothing’s come of it yet.”

Despite his ardor for the series, he told the paper that he neither revisits his old episodes nor watches the countless spin-off series that have come out in recent decades. “I just haven’t had time,” he said, adding that he’s never seen a full hour of Star Trek: The Next Generation, a show whose actors he’s friendly with and has acted alongside in multiple movies. He has, however, written novels set in the Star Trek universe and directed the 2011 documentary The Captains, which featured interviews with Patrick Stewart, Avery Brooks, Kate Mulgrew and other actors who played captains on the show.

The latest iteration of the series will arrive in 2017 via CBS All Access, a VOD platform. Producer Alex Kurtzman, who worked on the reboots Star Trek and Star Trek Into Darkness in recent years, has yet to reveal the new show’s title. Additionally, there will be a third reboot sequel due out next summer and another one in 2019.