Why WTF 'Mother, May I Sleep With Danger' Is Smarter Than You Think - Rolling Stone
×

The Franco-masterminded 20th anniversary remake of the Tori Spelling-starring original also contains nubile teenage vampires, a classroom lecture on the same-sex underpinnings of Bram Stoker’s Dracula, a reading from Christina Rossetti’s 19th-century poem “Goblin Market” and a hefty dose of lesbian softcore. So its occasionally uncanny contemporary resonance is less a matter of prescience than throwing as much as possible at the wall of and seeing what sticks — which, to be fair, is about half of everything they try. But even batting .500, Franco and co. have concocted a movie that’s somehow strangely affecting. It occasionally even verges on inspired. This is not a nonstop eyerolling marathon. This is progressive schlock at its finest.

The Mystery of James Franco: Inside His Manic Days and Sleepless Nights

10 Most Brilliantly Lifetime-Gasmic Moments in 'A Deadly Adoption'

As undoubtedly everyone remembers — right, everyone? — the original Mother featured Spelling as the unwitting girlfriend of a charismatic sociopath who, in the opening scene, beats his previous victim to death with a cutting board. The new one, written by Amber Coney and directed by Melanie Aitkenhead (Franco gets story credit and serves as executive producer), throws out virtually everything except the barest plot outlines and Spelling herself, who returns as the mother of danger-loving college student Leah (Leila George). The “danger” in question is Pearl (Emily Meade), a photographer who also happens to be a “nightwalker” —  which is what vampires prefer to be called these days, FYI. But though she’s forced to kill to survive, Pearl tries chooses her victims carefully. “I try to only go after abusive men,” she tells Leah, who is still adjusting to being gay and is not quite ready for the whole undead-amore thing. 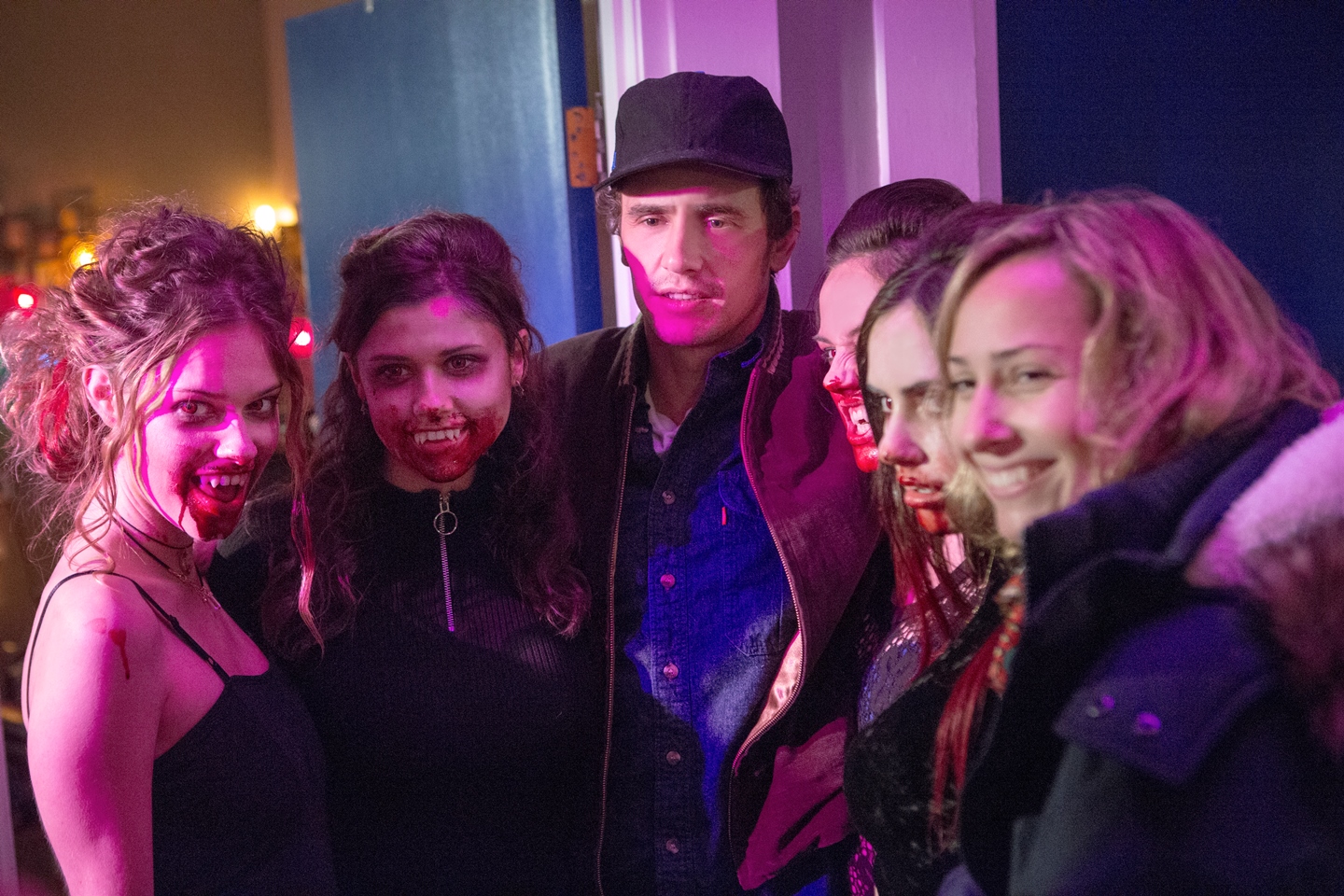 Apart from the fact that Pearl is immortal and subsists on human blood, her romance with Leah proceeds along a traditional path, or what would have been a traditional path if the movie was set in a high school and still took place in 1996. On campus and at home, the fact that Leah’s dating a woman is met with responses ranging from titillation to anger to incomprehension. (Don’t any of these people have Netflix?) There’s no LGBT student organization for her to seek out, no gay bars to swing by — just an isolating and oddly retrograde version of contemporary queerness. When Leah goes out for the title role in the school production of Macbeth, her theatre teacher (played by, of course, Franco) practically blushes at the idea of cross-gender casting, despite the fact that it’s been commonplace for decades. And when rehearsal takes an erotic turn, with the three witches sucking on Leah’s index finger as male students look on enviously, Franco blurts, “I did not direct that.”

The modern Renaissance man didn’t direct Mother 2.0 either, but it bears the hallmarks of his omnivorous oeuvre, which now encompasses collections of poetry and short stories, art installations, gallery shows, a novel, EPs of recorded music, and half a dozen movies projects in various stages of post-production. And as with much of Franco’s work, it’s daring in safe ways, allowing Lifetime to add a modicum of edginess to its lineup without issuing any of the challenges of, say, the genuinely transgressive UnReal. But like an eager undergraduate drunk on queer theory and intersectional feminism, the actor-slash-you-name-it is threading a lot of big-idea notions regarding the historically disenfranchised into what will be seen as a wink-wink guilty pleasure. It’s a spoon full of Velveeta to help the medicine go down.

Plus his Mother, May I Sleep With Danger has one important distinction: People are going to watch it, including a good deal of folks who have no idea that Franco has turned his life into a king-sized conceptual art project. The audience for its Lifetime airing is likely to surpass the number of people who’ve seen all his directorial projects combined. His ongoing project to adapt the complete Western canon of unfilmable literature (Cormac McCarthy? Check. William Faulkner? Check.) have the feel of glorified home movies, but Mother will actually end up in people’s homes, and be seen by folks not sporting ironic mustaches or various accessories with birds on them.

Is it junk? Yes, and what’s more, it’s junk that knows it’s junk, in a way that risks condescending to the network’s established audience. (It shares some artistic DNA with Will Ferrell and Kristen Wiig’s A Deadly Adoption, a mock-Lifetime movie that was like a drawn-out joke with no punchline.) But iMother’s great feat is that it’s a movie that manages to be both exploitative and progressive, in the way that Russ Meyer’s movies feature strong female role models and also provide ample opportunity to peer down the front of busty young women’s blouses. If it exposes fans of lesbian vampire movies to some of its more rarified intellectual ideas — and rarified intellectuals to the joys of lesbian vampire movies — then everybody wins. That’s subversive, and, in the best way, downright dangerous.