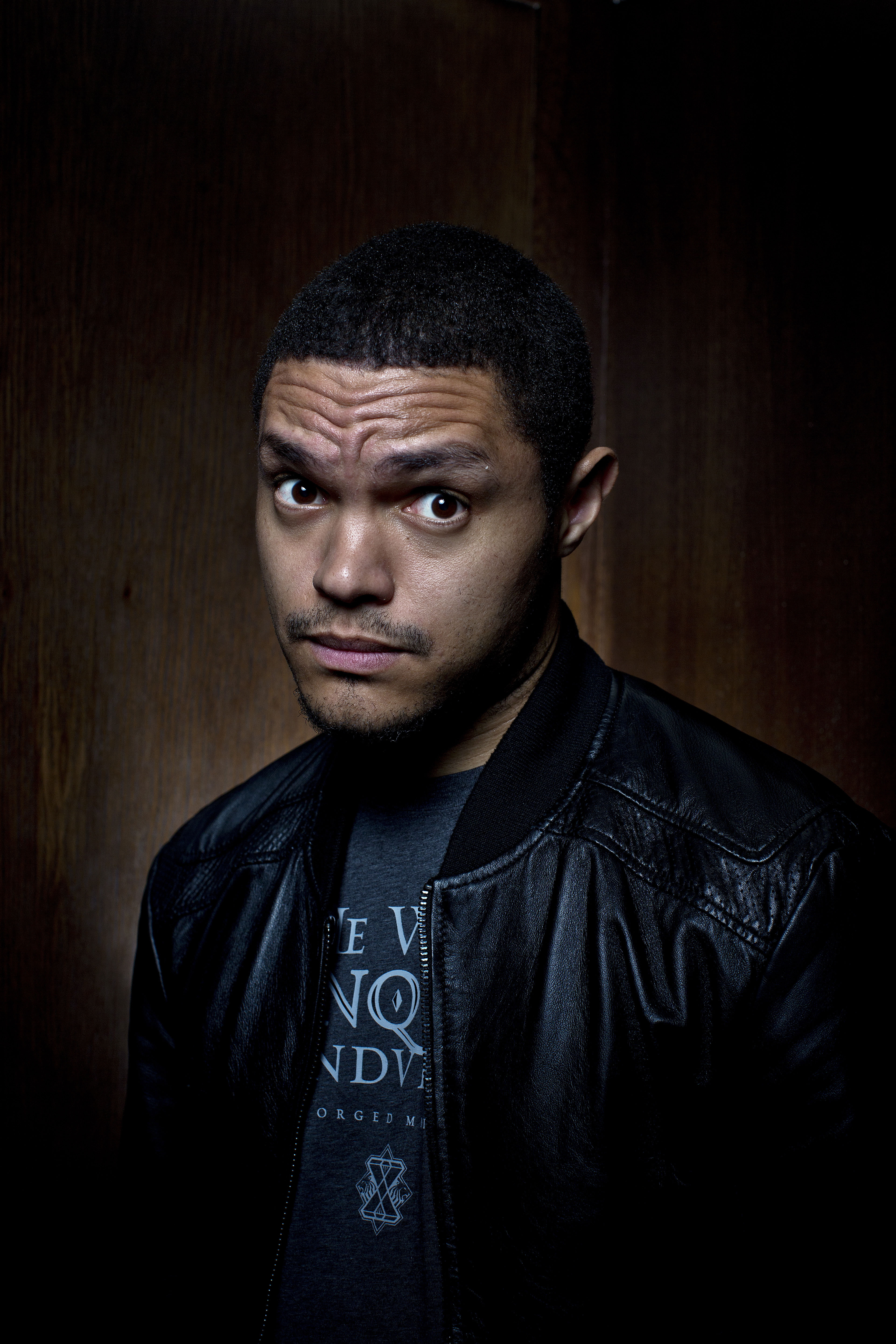 On December 4th, Jon Stewart opened the second segment of The Daily Show by telling the audience, “This is a great night for us. We’re always excited on the show to find new, talented voices that can contribute to our program.” Stewart then introduced Trevor Noah to the world — a showbiz expression that actually usually means, “introduce him to Americans who aren’t aware of anything that occurs on the planet unless it happens on their TV shows and movies.” Stewart understood that — he’s made plenty of jokes about our collective ignorance during his 16-year run on the show — which is probably why Noah’s segment that night focused on how little Americans understood about Africa. In the bit, the wry, handsome, soft-spoken 30-year-old comedian who hails from South Africa educated Stewart about all the ways that his home continent was more diverse, affluent and unpredictable than we Americans realized. It was funny but also a little eye-opening — and it pointed toward a future of fake news that’s already well under way.

'Daily Show' Host Trevor Noah: Everything You Need to Know

With today’s announcement that Noah, who turned 31 last month, will be taking over The Daily Show, plenty of even avid late-night comedy observers were probably perplexed. Not because they disagreed with the choice, but because they didn’t know who he was. The product of a black Xhosa mother and a white Swiss-German father, Noah grew up in Soweto, trying his hand at acting briefly before seguing into hosting TV and radio shows and then turning his attention to comedy. In the past few years, he’s delivered a series of admired but under-the-radar comedy specials, appeared on Chelsea Lately and done stand-up on The Tonight Show and The Late Show.

But Noah had only done three Daily Show segments before the news broke today of his hiring. And while all three were unassumingly amusing, it’s telling that each one took aim at the American audience’s myopia: how we don’t understand Africa, how we know nothing about Boko Haram (the Islamist militants who slaughtered approximately 2,000 people in Nigeria in January and continue to spread death and devastation) and why we’ll happily import chess champions from overseas so we can be a world power in the sport. The tenor of the segments was part educational and part comical with an eye toward lightly ribbing Americans’ lack of familiarity with global current events. Noah cannily played the smiling foreigner who was calling us out on our shit — but, you know, in a friendly way.

Comedy Central’s decision to go with Noah will be noteworthy because he’s so young and because he’ll be the first non-white, non-American to host The Daily Show. But, more profoundly, the announcement suggests how a new breed of fake-news hosts is expanding the parameters of what gets satirized and from what perspective.

The transformation can probably be traced back to the summer of 2013, when Stewart took a sabbatical from The Daily Show to direct his first film, the true-life imprisonment drama Rosewater. In his stead, correspondent John Oliver took over as guest host and did a smashing job, balancing his ingratiating nervousness with a winning British-ness that made the show feel new. As reliable and beloved a comedic figure as Stewart was on The Daily Show, a certain predictability had long settled over the program: He’d get exasperated with the GOP, he’d huff and puff about FOX News, he’d mock the lameness of CNN and so on. Oliver didn’t veer far from the formula, but he tweaked it wonderfully, embracing his non-American status to show how a Brit who had spent many years in the States still couldn’t help but view our mad, perplexing, arrogant, wonderful country with a sort of cockeyed bemusement. Suddenly, The Daily Show wasn’t just smart and funny but also pointed — with clear affection, Oliver reminded us that we in the audience deserved our lumps alongside all the show’s usual bogeymen.

Oliver has parlayed that strategy into his marvelous HBO show Last Week Tonight, which went one step further, drilling down into larger, more complicated topics and finding insights as well as humor. And most of the subject matter has been about America’s non-exceptionalism: our corrupt prison system, our immoral wealth gap, our hideous treatment of foreign translators during wartime. Like The Economist but with way more laughs, Last Week Tonight never comes across as scolding, instead allowing us to share in Oliver’s disappointment and anger about the ways we fall short as a nation and society.

Oliver’s secret weapon is his unflappable amiability. As The Guardian‘s Edward Helmore noted last summer about Last Week Tonight, “Oliver might be able to get away with more, not only because he is on HBO but because as a foreigner — an outsider — he is considered neither from the left nor right. Oliver’s playfulness gives him license to criticize that which in hosts Bill Maher or Piers Morgan comes off as aggressive, preachy or so politically skewed as to be pandering to one cause or another.” Married to an American Iraq War veteran, whom he met while covering the 2008 Republican National Convention for The Daily Show, Oliver, unlike Stewart, is one of us and yet not, which has given his show its extra sting. In the post-Colbert Report world, Last Week Tonight has become the gold standard of fake news, but instead of using a fake character to shift our perspective on the day’s headlines, it’s hosted by a person with real experiences that aren’t always the same as ours.

Since Oliver’s move to HBO, fake news has continued to push beyond the familiar “Oh, you crazy right wingers and media companies” shtick. Larry Wilmore, The Daily Show‘s longtime Senior Black Correspondent, has been playing with the format through his Nightly Show, which debuted in January and is still tinkering with its structure, veering between monologue and guest panels, current events and systemic societal and cultural ills. Originally titled The Minority Report until Comedy Central had to abandon the name because FOX was developing a series based on the Tom Cruise movie, The Nightly Show has faced industry perceptions that it’s simply a show about race — it’s far more than that, though it hasn’t found a successful alchemy yet. Wilmore, like Oliver, is trying to expand the conversation so that the focus isn’t simply on some white American dude sitting behind a desk cutting to footage of Gretchen Carlson saying something stupid and then cutting back to him in the studio laughing.

In other words, it’s probably a good thing a lot of us don’t know too much about Trevor Noah. If we did, we’d know what to expect from him, already feel comfortable with his humor and his politics. Speaking to The New York Times this morning, the future host of The Daily Show said that Stewart told him, “I was where you were when I took over the show. Nobody knew me. I was just starting out, finding my voice, and that’s when I was handed this seat.” That’s not entirely true: Audiences knew Stewart from his failed earlier talk shows and a mediocre acting career he never misses an opportunity to ridicule. Stewart was around; Noah has not been. And that creates plenty of opportunity for us to learn about him — and, in the process of the new iteration of The Daily Show, perhaps learn something about ourselves, too.