If there’s one moment that sums up why Empire is the TV blockbuster of 2015, here it is: Aspiring rapper Hakeem is making his new video, rolling on the bed with models and champagne. But he’s having a little trouble on the set. His R&B-star girlfriend Tiana just busted him in the bubble bath with Naomi Campbell (these things happen). Now he’s crushed to find out Tiana has her own side piece: a blond lesbian supermodel named India. His label boss, Lucious Lyon, who’s also his dad, offers some fatherly consolation. “Let’s look at it from a mathematical perspective,” Lucious says. “Your girlfriend has a girlfriend. Add that up: two girlfriends. It’s a mathematician’s dream! It’s trigonometry!”

No, dude, this is not trigonometry, or even real math — but it adds up to the perfect equation for a hip-hop soap smash. Fox’s Empire is the year’s ratings juggernaut, debuting big but then just getting bigger every week, which isn’t supposed to happen anymore. It’s easy to see why Empire is so huge: It’s a gloriously preposterous full-court cheese blast, combining a hip-hop sensibility á la Hustle & Flow with an old-school sense of prime-time soap corn. This family-and-money saga goes for maximum flash, without slowing down to make a damn bit of sense. Subtlety? This is the kind of story where you can tell the artist is working in a ghetto-ass studio because it’s named Ghetto-Ass Studio.

Drip Drop You Don't Stop: Inside the 'Empire' Hit Factory

Terrence Howard is Lyon, the patriarch of Empire Entertainment, whose health troubles force him to think about his dynasty’s future. So he sets up a Shakespearean battle among his three sons, none of whom have a hint of his street smarts. But his real nemesis is his ghetto-fabulous ex-wife, Cookie, who just got out of jail after serving 17 years for the drug-dealing that funded Lucious’ label. As Cookie, Taraji P. Henson is Joan Collins times Foxy Brown, wearing leopard-print ensembles to board meetings. Cookie is the true star of the show; she makes Scandal’s Olivia Pope look like a mousy little paralegal. She can be trusted never to stomp out of a room without an exit line like, “The name’s Cookie. Ask about me.” 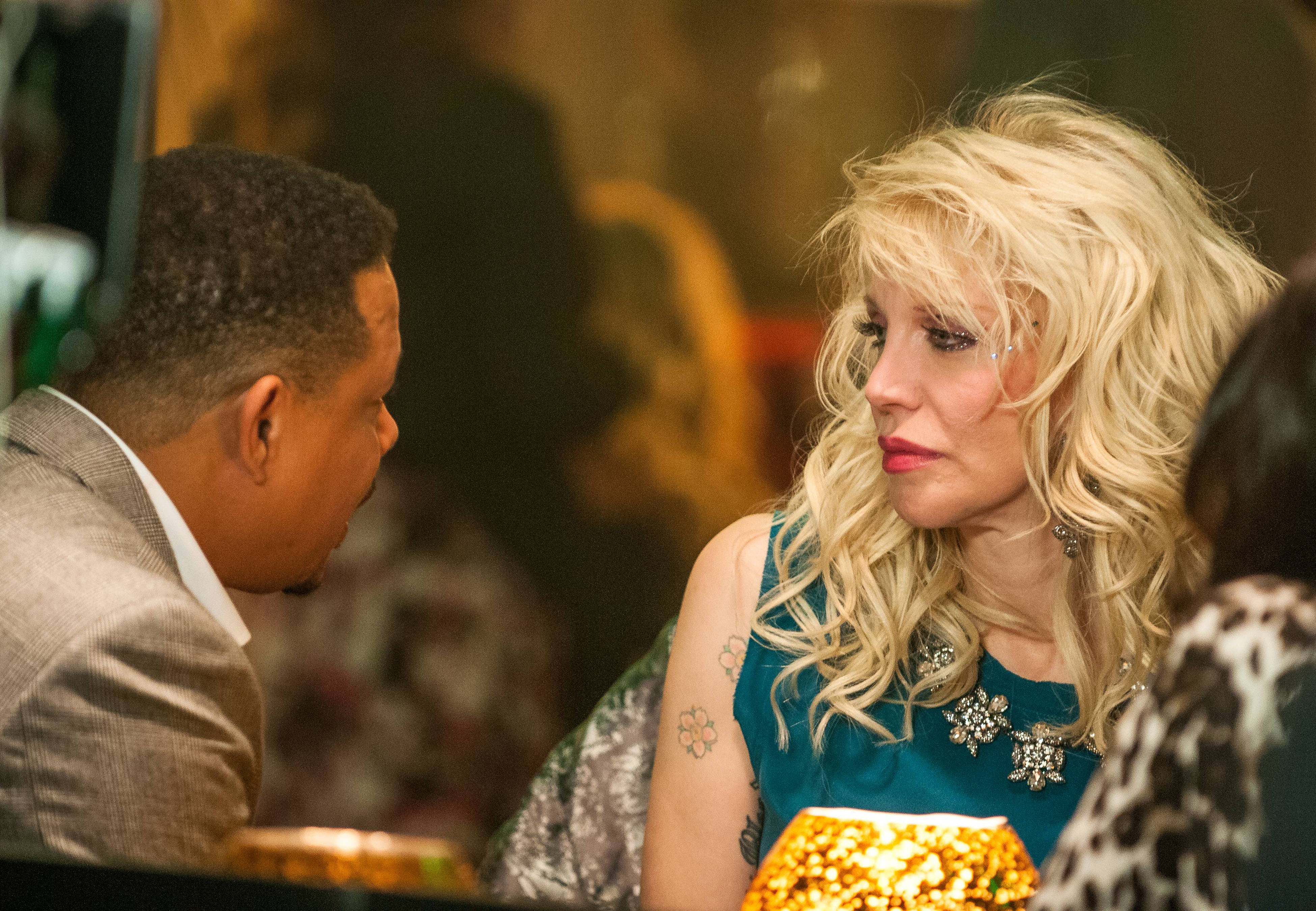 Courtney Love has a role as the well-named R&B singer Elle Dallas, whose version of Al Green’s “Take Me to the River” is enough to make you ache like she aches. There’s also Judd Nelson as a rival rap mogul — yes, Judd Nelson from The Breakfast Club, who threatens to purchase Lucious’ favorite strip club and rename it Cookie’s. This means war!

Timbaland takes care of the music, which is more than sharp enough for network TV, though unlikely to make waves beyond that — Jamal’s supposed R&B hit sounds like Eurythmics covering the Good Times theme. But like everything else on Empire, the music works because it goes for immediate impact without sweating the big picture. Empire is a smash because it knows exactly what it wants to be and doesn’t pretend to be anything else. There’s a good-natured sense of show-biz hustle to the production. All the actors can smell that they’re in on something big, and they’re as thirsty as the aspiring stars in the story. Get well, Lucious — Empire could stretch on for years to come.