Gwen Stefani‘s animated series inspired by the Harajuku girls that became a part of her solo act in 2004 will make its American debut on Nickelodeon October 3rd.

Kuu Kuu Harajuku premiered in Australia in November 2015, with the show chronicling the adventures of a group called HJ5. The animated cadre comprises four girls named Love, Angel, Music and Baby, and their leader, G (Stefani’s Harajuku Girls went by the same stage names, which were culled from the title of her debut solo LP, Love. Angel. Music. Baby.)

Like Josie and the Pussycats or Jem and the Holograms, episodes of Kuu Kuu Harajuku find HJ5 preparing for a gig that’s inevitably interrupted by a revolving door of annoyances, including alien invaders, monsters and cantankerous politicians.

Gwen Stefani on No Doubt's Future, Working With Prince 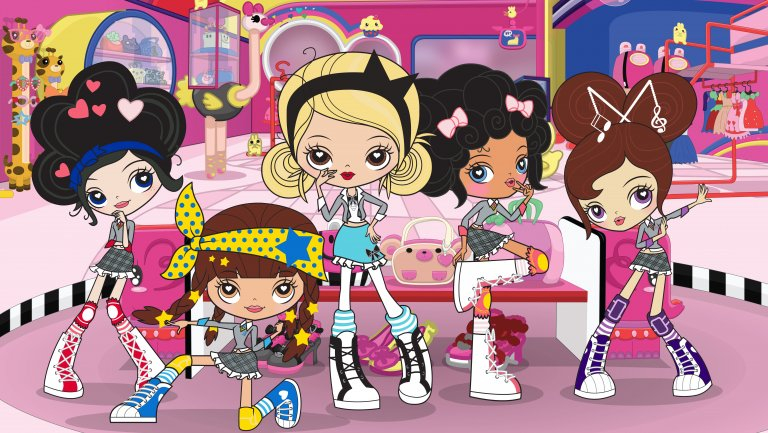 “The artwork is so beautiful and the whole series turned out better than I could have ever imagined,” Stefani said. “I love that this is an animated series for young girls that celebrates creativity, imagination and individuality.”

The Harajuku Girls were inspired by Stefani’s visits to the Harajuku neighborhood of Tokyo and its wild fashion. The group served as Stefani’s backup dancers/entourage while she promoted and toured in support of Love. Angel. Music. Baby. They also appeared in numerous music videos through Stefani’s 2006 follow-up, The Sweet Escape.

Stefani’s use of the girls, though, was not without controversy. The singer was rebuked by critics, who claimed that her usage was racist and symbolized cultural appropriation. In a 2005 post on her website, comedian Margaret Cho called Stefani’s performances a “minstrel show.”

While three of the Harajuku girls appeared in the 2012 video for No Doubt’s “Settle Down,” Stefani has phased out the group in her own act. In 2014, while she worked on what would become her 2016 solo LP This Is What the Truth Feels Like, she told Rolling Stone, “I wasn’t gonna bring back the Harajuku Girls. You kind of run out of ideas. After a while, you’re just competing with yourself.”

Nickelodeon will air the first few episodes of Kuu Kuu Harajuku October 3rd through October 7th at 4 p.m. ET/PT, before the show moves to its regular slot on Saturdays at 8:30 a.m. Stefani co-created the series with Gillian Carr, Steve Aranguren and Madellaine Paxson.