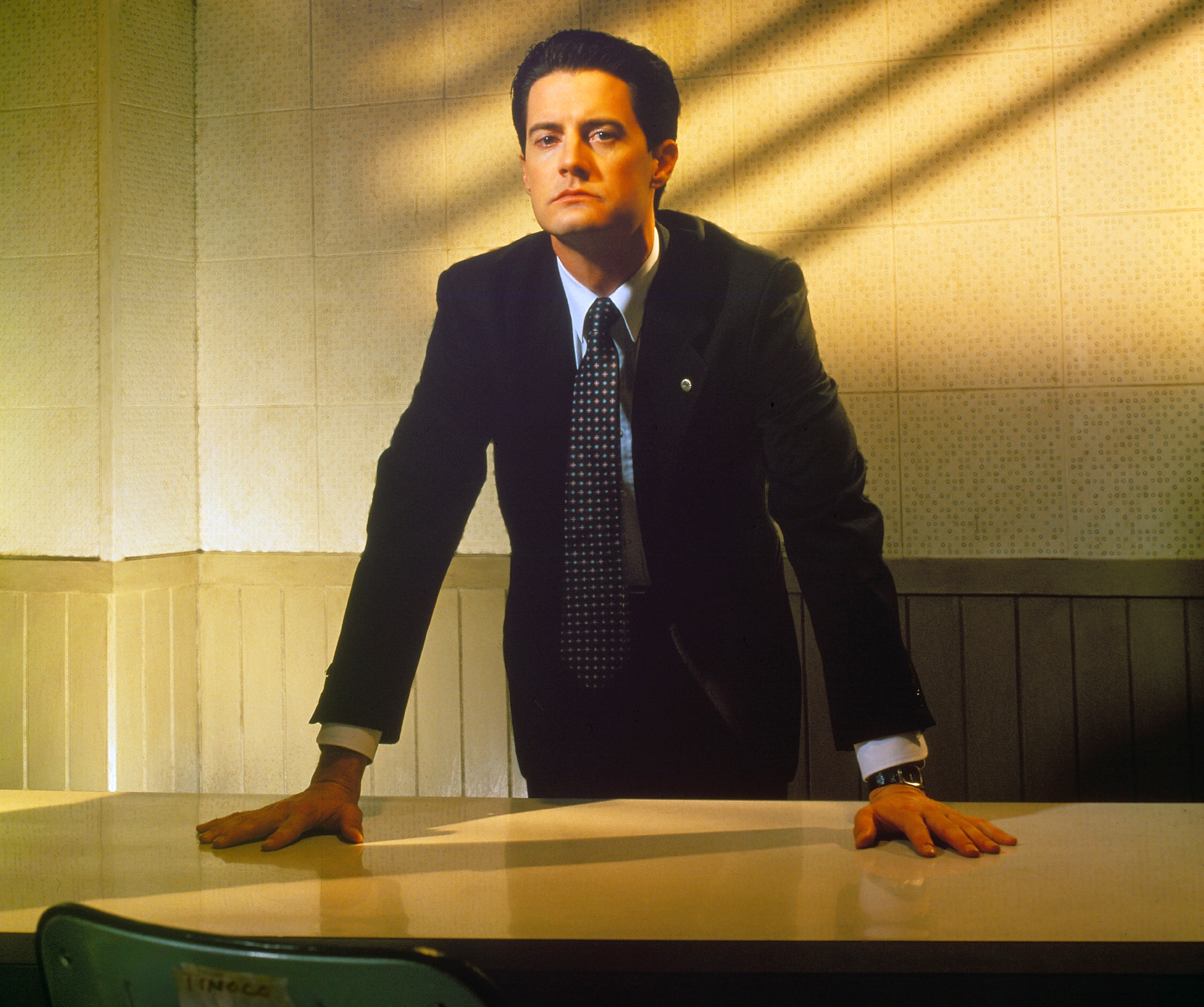 Black hair, pure heart, heavily caffeinated bloodstream, can’t lose – Dale Cooper, the Twin Peaks FBI agent leading the investigation into who killed Laura Palmer, was a fountain of wit and wisdom. He’s a Sherlock Holmes–level investigator, a spiritual seeker, an amateur philosopher, a loyal friend, and a lover of coffee, pie and the smell of fresh pines. He’s got an innate decency that shines through even during the show’s darkest moments. And as played by Kyle MacLachlan at Peak Handsomeness, he’s also a mega-babe.

With Coop headed back to the small screen in the feverishly anticipated Twin Peaks revival, there’s all the more reason to look back at the insights, aphorisms, mystical monologues and, of course, salutes to his favorite hot beverage that made him the FBI Agent of our dreams (and hallucinogenic dream sequences). We present some simple rules on everything from how to conduct a proper small-town murder investigations to how to your life to the fullest, Dale Cooper–style.

On Self-Care
“Now all I need is a bed, a bathroom, a telephone, and sometimes a
television in the unlikely event that one day I’ll get a chance to knock
off early.”

David Lynch on 'Twin Peaks' Revival: 'The Woods Are Full of Mystery'

'Twin Peaks': Your A to Z Guide

“Doc, when the will is invoked, the recuperative powers of the physical body are simply extraordinary.”

“A man can only go so long without submitting to a period of rest, for as
we know from experiments conducted on American GI’s during the Korean
War, sleep deprivation is a one-way ticket to temporary psychosis.”

“Surefire cure for a hangover, Harry: You take a glass of nearly frozen,
unstrained tomato juice, you plop a couple of oysters in there, you
drink it down. Breathe deeply.Next you take a mound – and I mean a mound – of sweetbreads, sauté then with some chestnuts and Canadian bacon. Finally, biscuits. Big biscuits. Smothered in gravy. Now here’s where it gets tricky: You’re gonna need some anchovies …”

“I’m going to let you in on a little secret: Every day, once a day, give yourself a present. Don’t plan it, don’t wait for it, just let it happen. It could be a new shirt in a men’s store, a cat nap in your office chair, or two cups of good, hot, black coffee.”

On Coffee
“The true test of any hotel, as you well know, Diane, is that morning cup of coffee.”

“You know, this is – excuse me – a damn fine cup of coffee. I’ve had I can’t tell you how many cups of coffee in my life, and this – this is one of the best.”

“Black as midnight on a moonless night.”

“Never drink coffee that has been anywhere near a fish.”

On Living Life to the Fullest
“All of us on this great big Planet Earth live at only a fraction of our potential.”

“Roger, I know the moves I’m supposed to make, and I know the board. I’ve been doing a lot of thinking lately, and I’ve started to focus out beyond the edge of the board at a bigger game. The sound wind makes through the pines. The sentience of animals. What we fear in the dark, and what lies beyond the darkness….I’m talking about seeing beyond fear, Roger. About looking at the world with love.”

“There’s nothing quite like urinating out in the open air.”

On the Investigative Process
“When two separate events occur simultaneously pertaining to the same object of inquiry, we must always pay strict attention.”

“In the heat of the investigative pursuit, the shortest distance between two points is not necessarily a straight line.”

“Fellas, coincidence and fate figure largely in our lives.”

“Following a dream I had three years ago, I have become deeply moved by the plight of the Tibetan people, and have been filled with a desire to help them. I also awoke from the same dream realizing that I had subconsciously gained knowledge of a deductive technique, involving mind-body coordination operating hand-in-hand with the deepest level of intuition.”

“In the pursuit of Laura’s killer, I have employed Bureau guidelines, deductive technique, Tibetan method, instinct, and luck. But now I find myself in need of something new, which, for lack of a better word, we shall call magic.”

On Love
“I’ve been feeling this way all day. You know, I proceed as usual, my mind clear and focused – and then suddenly, out of nowhere, I see her face and I hear her voice. Naturally I try to reorient myself, come back to the task at hand, but the image remains. Sometimes I actually feel dizzy….Well, my symptoms suggest the onset of malaria, but I’ve never felt better in my life.”

“What I want and what I need are two different things.”

“A man who doesn’t love easily loves too much.”

“In the grand design, women were drawn from a different set of blueprints.”

On the Things That Bother Him
“There are two things that continue to trouble me, and I’m speaking now not only as an agent of the Bureau, but as a human being: What really went on between Marilyn Monroe and the Kennedys, and who really pulled the trigger on JFK?”

“Fifty-four degrees on a slightly overcast day. Weatherman said rain. If you could get paid that kind of money for being wrong sixty percent of the time, it’d beat working.”

“Once a traveler leaves his home he loses almost 100% of his ability to control his environment.”

“In another time, another culture, he may have been a seer, a shaman priest. In our world he’s a shoe salesman and lives among the shadows.”

“At a time like this, curiously, you begin to think of the things you regret, or the things you might miss. I would like, in general, to treat people with much more care and respect. I would like to climb a tall hill – not too tall – sit in the cool grass – not too cool – and feel the sun on my face. I wish I could have cracked the Lindbergh kidnapping case. I would very much like to make love to a beautiful woman who I had genuine affection for. And, of course, it goes without saying that I would like to visit Tibet. I wish they could get their country back, and the Dalai Lama could return. Oh, I would like that very much. All in all, a very interesting experience.”

“When the will is invoked, the recuperative powers of the physical body are simply extraordinary.”

On Life in a Small Town
“If you don’t want two black eyes on a regular basis, I would suggest you make some kind of peace with rural life.”

“You know why I’m whittling? Because that’s what you do in a town where a yellow light still means ‘slow down,’ not ‘speed up.'”

“This must be where pies go when they die.”

“If you don’t want two black eyes on a regular basis, I would suggest you make some kind of peace with rural life.”

“Got to find out what kind of trees these are. They’re really something.”