Eric Idle won’t complain about all the flattery Monty Python has gotten this year. In fact, it doesn’t even surprise him. “It is amazing how Python just went ’round the world and seemed to have subverted everything,” he says. “The only sad thing is now it’s not offensive anymore. Everybody loves it.”

Earlier this year, Monty Python’s fans proved just how much they loved it by purchasing thousands of tickets to see the surviving members of the group – Idle, John Cleese, Michael Palin, Terry Jones and Terry Gilliam – play a run of live, sold-out reunion shows at London’s O2 Arena. Idle directed the program – cheekily titled “Monty Python Live (Mostly): One Down, Five to Go” as a dig at fellow Python Graham Chapman, who died in 1989. (You can now see the run’s final performance, which has just come out on Blu-ray.)

Tasked with creating a two-act show with only five main performers, Idle created a mix of Python’s snippets from its movies, songs from the group’s comedy albums and sketches from the legendary TV series Monty Python’s Flying Circus. Given that Idle has mastered musical theater since the last Python live performance in 1980, the man behind Broadway’s hit Spamalot also brought in dancers and singers to make it even more of an event. “I loved those moments when, suddenly, it was a show,” he says. “It was not just a bunch of old guys and a table and chair, which we could’ve done. Instead, we spent $4.5 million on these gigs, so I’m glad to say it was ridiculously Python.”

Now that the reunion shows are done, the comedian claims to be “completely unemployed.” He has plans to perform at a production of his Life of Brian–inspired oratorio Not the Messiah (He’s a Very Naughty Boy) at New York City’s Carnegie Hall in December. But before that, he will be making an appearance on a stop of Cleese’s book tour in Glendale, California. When Rolling Stone suggests Idle write his own memoir, the comedian jokes, “I’m working on my posthumous memoirs. You can be more honest.”

How does it feel for the Python shows to be over?
It’s the best thing that could have happened. The point was we would come and say farewell; that was the pact. We were offered the world, and I believe Michael Palin was already going there [laughs]. He was in Australia doing a one-man show, and John was going across America selling his book. But I think what we did was just enough. It was enough to be nervous, then to relax, then to not quite get bored, really. If you think how rarely you can do that sort of thing, I think we were very fortunate. 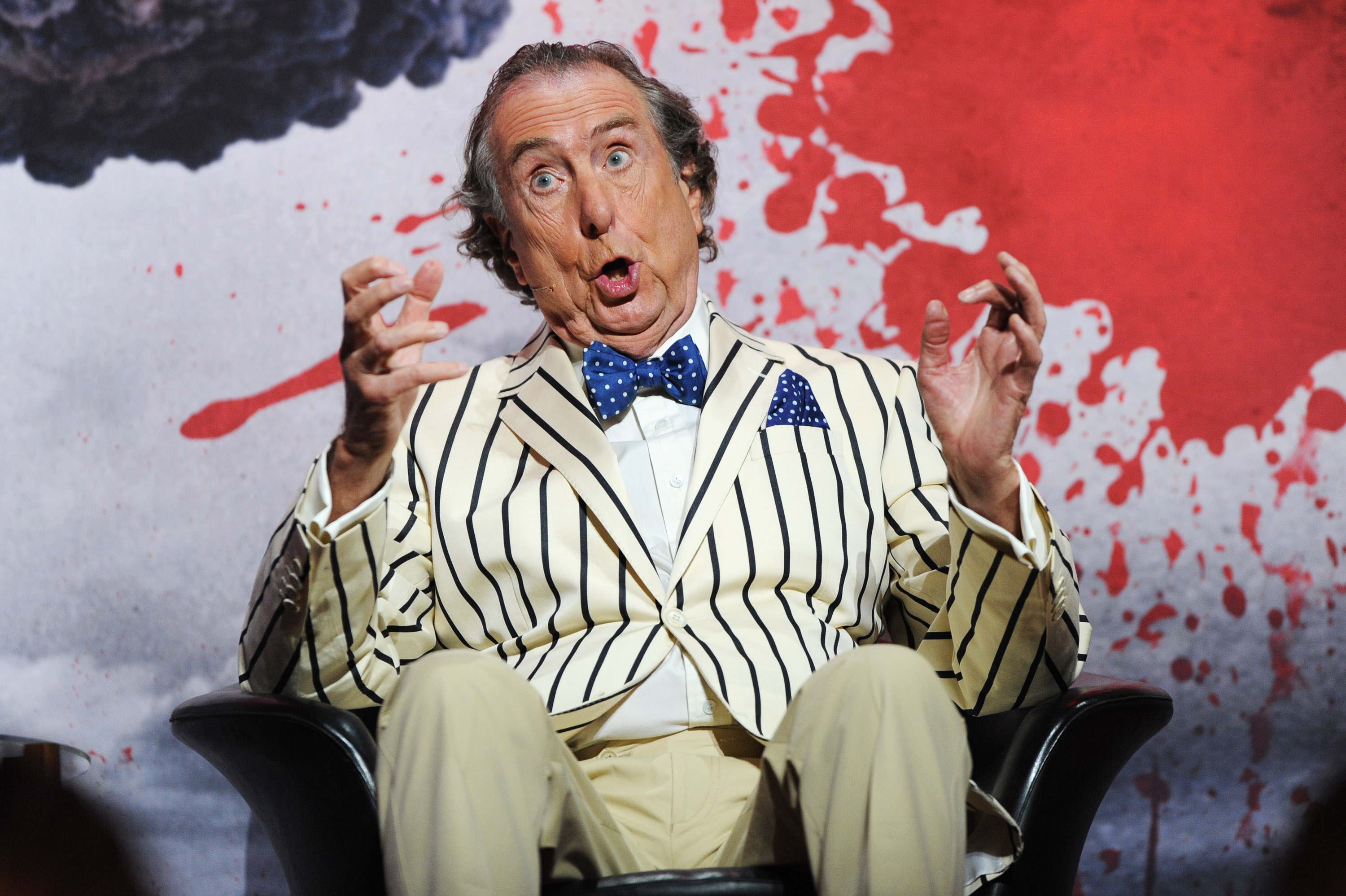 How do you feel the reunion went?
Everybody had a good time. The audience loved it. I don’t think they expected a huge show like that. And that was my intention – I spent a year on that.

John Cleese has said he didn’t expect the reunion to be such a big deal. Did you?
I think I did, to be perfectly honest. But I think some of the others didn’t. They’re sort of rather in denial or they don’t live in America. I didn’t know we’d sell out that quick, but I thought we would sell.

I think the one thing we learned about each other is that everyone is completely different. We only make sense when we’re all together, but apart we have nothing in common.

“we spent a day filming with the most brilliant mind on the planet, and we did a stupid gag.” I said, “Yes, isn’t that great?”

Was it always that way?
I believe so, absolutely. I believe it’s one of those synchronous things where everybody just meshes, and you go, “Here we are, let’s get on with it.” And then when we’re not together, like now, there is nothing there. Python only exists for the time that we’re doing it. And outside of that, it’s just a memory.

We had about 13 years of intense television work, and then we slowed down and did the movies — and then we’ve done nothing since 1983. It was good to come back. I think it had a lot of class to say farewell, to be able to get up there and still make people laugh.

What sketches did you feel really had to be included?
Well, there’s always the “Dead Parrots” and the “Nudge, Nudges,” but I tried put in things that we had never done onstage live. We’d never done the “Spanish Inquisition.” We’d never done “Spam” or “Merchant Banker.” I tried to shuffle it up; I didn’t just want to do the Hollywood Bowl again, only 100 years later and older.

I think at that point I figured with singers and dancers, we could keep the energy level high so that when somebody comes on for a two-handed sketch, it’s a nice change, rather than “that’s all there is.” Once I have them and [choreographer] Arlene Phillips, I was just over the moon, and we could just do silly things.

“Nudge, Nudge” was one of yours. What inspired you to write that in the first place?
I think I wrote it for Ronnie Barker on a [David] Frost show, and they didn’t use it. They thought it wasn’t funny, because it has no jokes in it. I think it was one of the first ones I read out for Python, and they said, “Oh, that’s him,” ’cause once you do the voice and the attitude, that’s the character.

Were there any sketches that were impossible to pull off?
I think we were gonna do the “Custard Pie,” which we traditionally close the first act with and then Terry Jones was a bit worried about falling over at his age and doing pratfalls. So that was good, because we suddenly went okay, we’ll go into the intermission with “I Like Chinese.” We’ll just close with a musical number, which was good.

You politically corrected the lyrics to “I Like Chinese,” specifically the line, “they only come up to your knees.”
Yeah. We decided to alter that slightly. It was never accurate, that line. It was just a cheap line 35 years ago. You can’t keep saying that ’cause it’s not true. The Chinese are also very tall people. So I was happy to change that and one or two lines in it.

Some things have dated. When we did the “Silly Olympics,” there was a very funny thing we’d thought at the time, in 1976, where the guy shoots the starting pistol and they just stand there. You can’t do that joke anymore. It’s politically incorrect. We now have Special Olympics. There’s not that much of Python that’s incorrect. But that one I thought should come out.

Nothing seemed too sacred either. I enjoyed the sketch with Stephen Hawking.
Oh, now that was fun. We even have him singing the “Galaxy Song.” I want to release it. In some of the outtakes, I’m playing him the “Galaxy Song” and I keep making him smile, it’s lovely. It’s not easy to make him smile because he doesn’t have much range of movement, but I see his mouth go up and it’s just great. 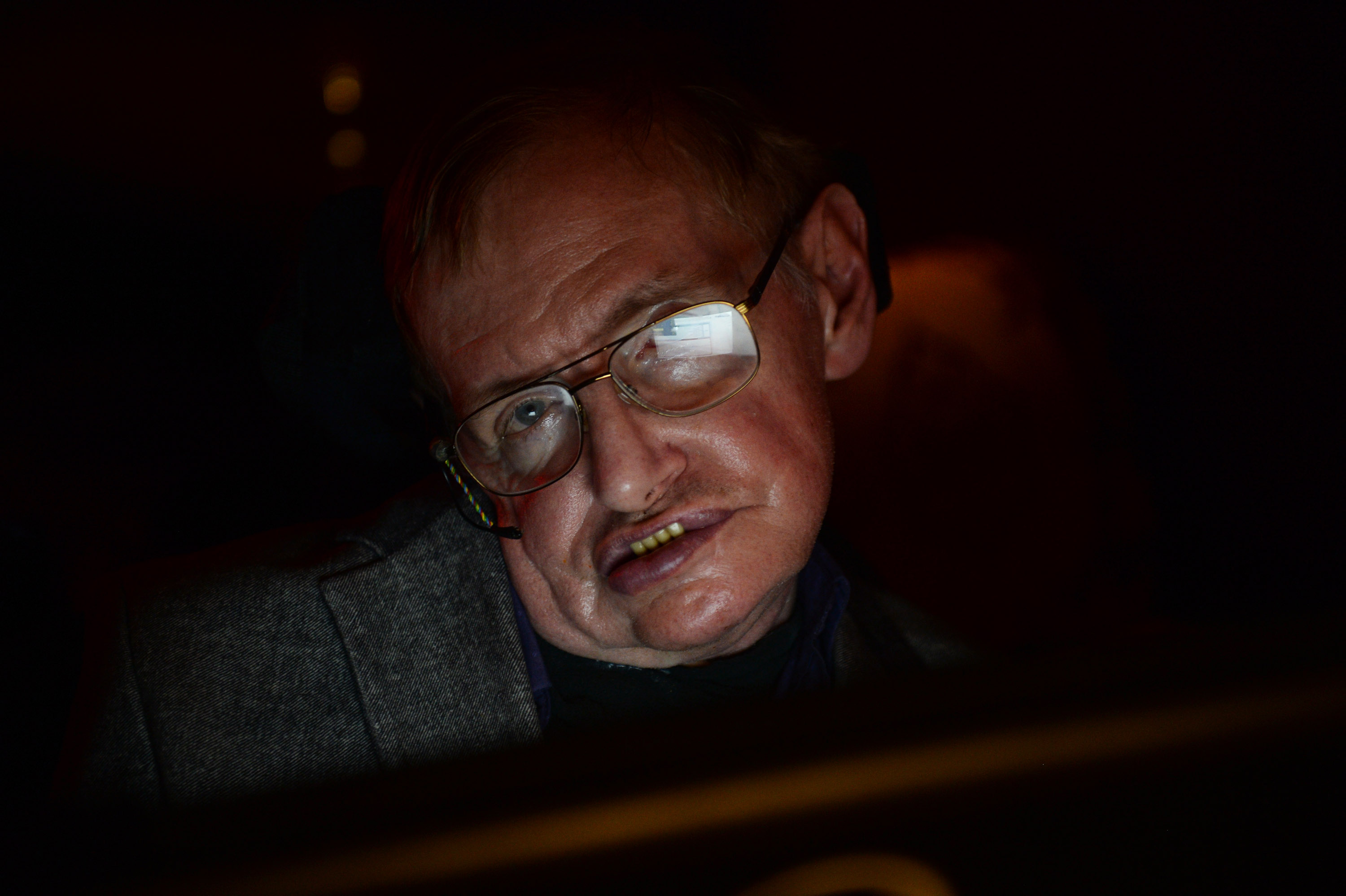 In fact, [physicist] Brian Cox and I were coming back from Cambridge, and he said, “You know, we spent a day filming with the most brilliant mind on the planet, and we did a stupid gag.” I said, “Yes, isn’t that great?”

How did you come to meet Stephen Hawking in the first place?
Well, I met Brian Cox, ’cause he came to an project I did called What About Dick with Russell Brand or somebody. We got to be very good friends, and I sent him the gag to “Running You Over” and asked if he thought Hawking would do it. He said, “Well, I’ll ask him.” So he emailed him, and 10 seconds later came the reply: “Absolutely, I’m a total Python fan.” [Laughs]

Stephen Hawking is a contemporary of ours, don’t forget. When we were doing the Footlights [a Cambridge Club to which Idle, Cleese and Chapman belonged], he was there. He was walking around; he was still able to perambulate. So his college humor was our college humor.

Python put out a box set of all your albums, Total Rubbish, as well as a CD called Monty Python Sings (Again) that contained some previously unreleased songs. How much more is still in the vaults?
I don’t think that there is very much in the archives. I think it’s been pretty much plowed and plumbed, so I would say I guess there was not a lot of stuff that hasn’t come out in some shape or form.

One of the previously unreleased tunes, “Lousy Song,” was quite good.
Yes, I love that. I wrote that song, and then I improvised it with Graham.

What do you miss most about Graham Chapman?
Well, he’s been gone so long, my god. He was a sweet man. In many ways, he was the gel; he was the person who held it together, and when he was gone, there was no real reason for anybody to get everybody together. When he was drunk he was a very bad drunk, but when he sobered up and played Brian, he was wonderful.

In John Cleese’s book, he talks about how the BBC’s Head of Comedy in the late Sixties, Michael Mills, gave you guys a 13-episode commitment without ever seeing a concept. Why you think he believed in you guys?
Well, I think it was because they wanted John. He was a big star at the time and had done The Frost Report. They’d given shows to Ronnie Barker and Ronnie Corbett, Marty Feldman had his own series, and John was the next one necessarily in line. So, what have they got to lose? He came in with all this pack of people. They didn’t really want that; they wanted it to be The John Cleese Show. I thought it was very smart of John and very modest of him to come in with a gang show, really.

We didn’t know what we were going to do, but we had been writing for the BBC and doing sketches, and we have a history. So, Michael did say, “Well, 13, but that’s all I’m going to give you.” OK, fine, 13! And I think that was inspired. In those days they didn’t bother to interfere with you when you were writing and doing this comedy show. That also meant that it could go places which disturbed program planners, but they had no say and of course it was too late anyway.

Was it hard to say goodbye to Monty Python and have this be it?
Oh, no. We’ll still see each other. I’ve got to go fly over; we’re having a Christmas lunch. And we’ll have business in common forever, as long as we survive, and then it goes to our kids.

But we don’t have to do it. We’ve done it. It was nice, and people still demand more. You know, “Why aren’t you coming to Iowa?” Fuck off. Leave us alone. So it never goes away.

Saying goodbye doesn’t seem to have been a big deal for you.
I don’t think anybody was sad. It was emotional, but I don’t think anybody said, “Oh shit, I wish we were doing another two months of this on the road.” It was a big thing, it was a fun thing, and we did it. The audiences came, we made them laugh and we left gracefully. And now we can go back to bickering [laughs].