It happened by accident. That’s what will always stand out for Mike Pearl.

He was sitting in the producer’s chair for CBS’ Super Bowl XII pregame show in New Orleans. The network had only blocked out 90 minutes before the game between the Denver Broncos and Dallas Cowboys, a decent chunk of television devoted to analyzing one game, but as often the case with live TV, things change. Fast.

Prior to the Super Bowl that day, CBS was scheduled to air two things: an NBA game, followed by final-round coverage of the PGA Tour’s Phoenix Open. Everything was set up perfectly until the golf was called early due to cold weather, leaving the network with a big hole to fill before the Big Game.

What the L? Why the NFL Sacked Roman Numerals for Super Bowl 50

“Bob Wussler, the president of CBS Sports, made the decision as soon as he found out about the cancellation of the golf tournament,” Pearl recalls. “Bob said, ‘We’ll run the basketball game as far as we can and then get everything up and running. We’ll do a pre-pregame show.'”

With that, the modern Super Bowl pregame extravaganza was born.

As the biggest event on the country’s sporting calendar gets set for its 50th installment this weekend, millions of Americans will once again tune in – whether they are die-hard football fans or casual observers. Last year, the final 30 minutes of NBC’s pregame show for Super Bowl XLIX averaged 72.7 million viewers, making it the most watched kickoff segment since measurements were first taken in 1988.

But while the final 30 minutes might be the most watched, the lead-up to kickoff has almost become just as big as the game itself. In 50 years, the Super Bowl pregame show has gone from two guys talking for a half-hour to over seven hours of programming planned for Sunday’s game.

“When I first did it, it was pretty simple: set the table for 30 minutes to maybe an hour,” says CBS’ James Brown, who will anchor the network’s pregame show on Sunday. “But because the game has grown so much in popularity, it’s become an event that people don’t even have to follow all year long. Human nature, with big events, you’re always going to be drawn to that.”

Which is the main reason why the three networks who currently hold the rights to broadcast the Super Bowl – CBS, Fox and NBC – have increasingly continued to build on what has come before them. 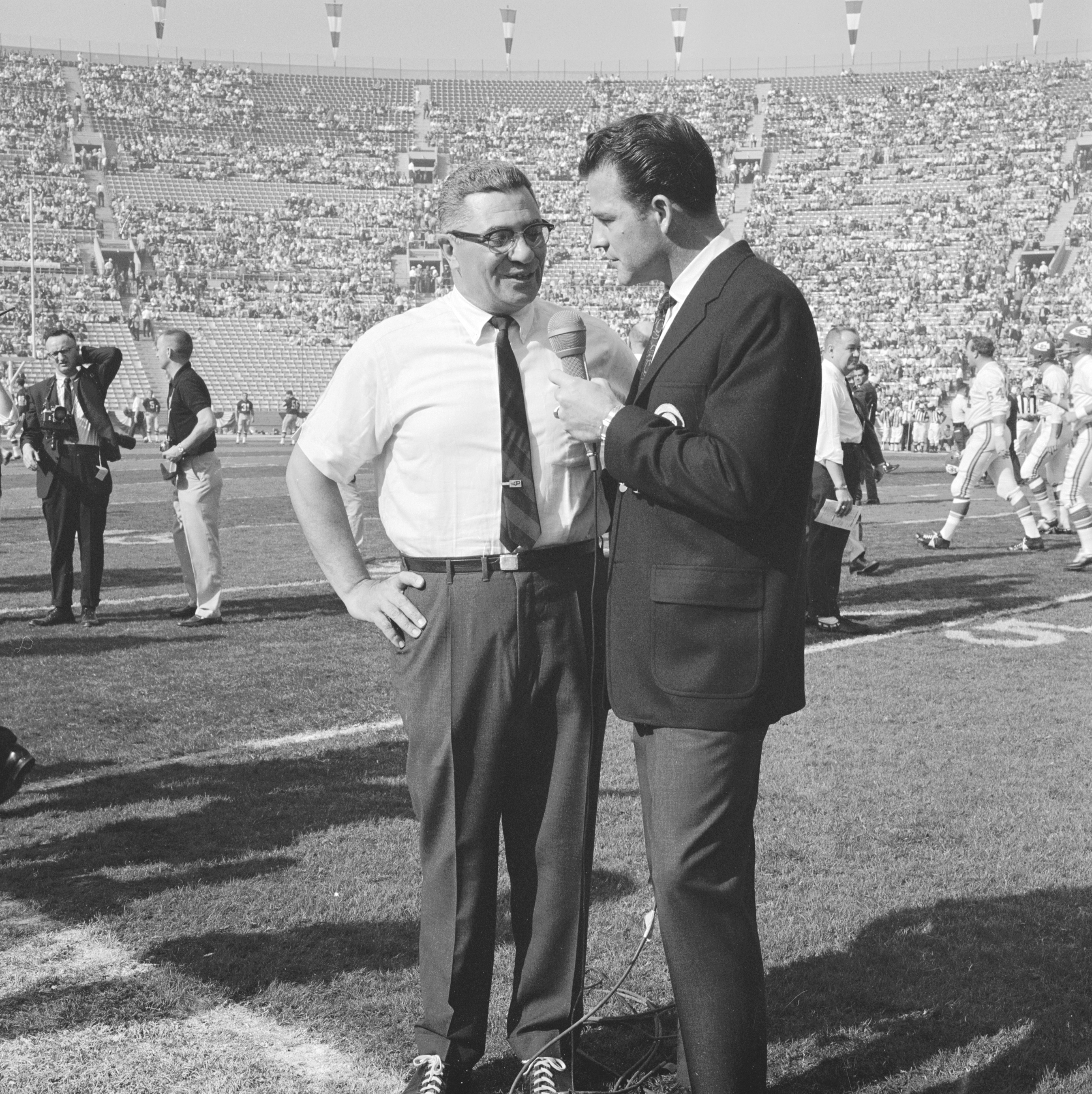 Super Bowl I’s pregame show, a brief synopsis of the game to come from CBS’ announcers, was as rudimentary as the game itself. Almost no flash, no razzle-dazzle, nothing extemporaneous. Just a brief breakdown of the first AFL-NFL World Championship Game by Pat Summerall.

That was pretty much the formula that CBS and NBC – which split broadcasting duties for Super Bowl I and alternated until ABC joined the party for Super Bowl XIX – stuck with for the early years of the game.

“The attitude was, ‘Well, we usually don’t do this, but this is pretty big so we’ll give you a whole half-hour extra,'” says Ed Bark, a former longtime television critic for the Dallas Morning News. “But the networks were always trying to find new gimmicks to tack on.”

Once the Super Bowl began to grown in earnest, capturing the attention of the entire country for one whole day, the pregame show had no choice but to grow with it. Before Super Bowl VI, CBS kept its pregame show to the standard 30 minutes, but ran two specials beforehand – an hour-long program on Vince Lombardi (narrated by George C. Scott) followed by an hour-long look at minor league football.

But it wasn’t until Super Bowl X, that the pregame show began to spread its wings.

That year, CBS arraigned for its NFL Today cast to not only do a 90-minute pregame show, but to do it live on a moving yacht, cruising down Biscayne Bay. Brent Musburger, Phyllis George and Irv Cross, along with guest Joe Namath did the show aboard the 57-foot Chris-Craft Constellation which was owned by a wealthy Nashville businessman. The Super Bowl Sunday Special pushed the enveloped further than it had ever been pushed before.

“People would watch anything connected to the game,” says Pearl, who was a producer for the Super Bowl X pregame show and worked on 10 Super Bowls during his career. “As time has gone by, in addition to the X and O factor, there was more entertainment thrown in as well. That was also in concert with the NFL, because they found that they could do some things entertainment-wise, inside and outside the stadium. But it was just a very simple formula that everybody caught on with.”

“This is my seventh one and we do look and evaluate the Super Bowls from year to year,” says Harold Bryant, senior vice president of production for CBS Sports. “From our standpoint, we look to see how we can make it bigger, better, more spectacular. We look at other games, other events. We feel this is on par with any big event out there and we try to better those events.” 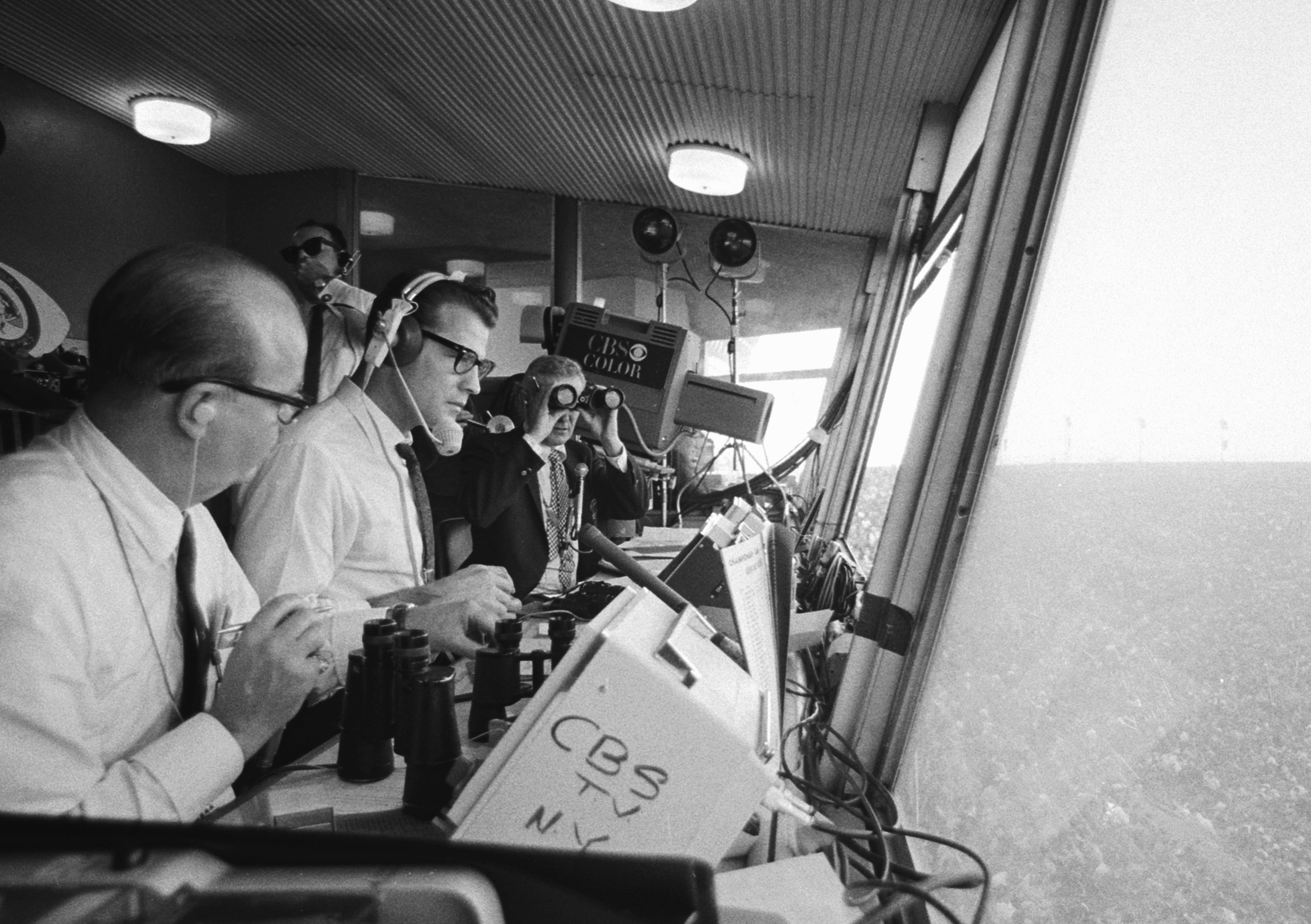 But it’s more than just filling hours of pregame time with programming. CBS, like every other network broadcasting the Super Bowl, has to straddle the line carefully between appealing to the casual fan, while not forcing the hardcore fan to switch over to counterprogamming elsewhere.

“Obviously, there’s going to be some misses in whatever you do, but these guys [at CBS] have been doing this for quite a while,” Brown says. “They recognize the historic significance of Super Bowl 50.”

Brown is a veteran of the Super Bowl pregame show, having previously done four with Fox. He recalled the slings and arrows the network took in the lead up to its first Super Bowl (XXXI in 1997) and how Fox took painstaking measures to get it right, while also pushing the pregame envelope further down the line.

But will we ever reach a point where too much is too much? Don’t count on it. Not with everything the NFL touches turning to gold, broadcasting fees for the league skyrocketing and viewership records being shattered yearly. But when you’re sitting down to watch the pregame show on Sunday (or doing what most do and leave it on as background noise), take a minute to drink in just how far the program has come in 50 years.

From a 30-minute preview to a block of programming that is nearly twice as long as the game itself. All of it happening, like most things Super Bowl, by accident.

“That pre-pregame show before Super Bowl XII was just the head producers interviewing the show producers and directors about the game,” Pearl laughs. “To see what it’s become now is amazing to see.”