Thirty years ago, WWE was the land of giants – massively muscular stars capable of impressive feats of strength, even if they couldn’t wrestle their way out of a wet paper bag.

In the decades that followed, however, Vince McMahon’s penchant for physical specimens waned slightly, as it became apparent that actual wrestling ability was important, too. In fact, today’s WWE bears little resemblance to its jacked-up “Rock ‘n’ Wrestling” era, and its stars have followed the trajectory of Hollywood action heroes, slimming down and balancing intense workouts with intelligent diets.

That’s not to say WWE Superstars aren’t still big, but on the whole they sport leaner muscle, are more agile than just about any athlete their size and have longer careers. Their secret? Smarter eating habits, CrossFit-style functional fitness and the WWE Performance Center, the new training facility that treats them less like entertainers and more like Olympic athletes. In light of this shift, Men’s Journal turned their attention to the fitness habits of the top Superstars to see what they could learn. With the help of a few nutritionists and trainers, they shed light on the habits of the WWE stars – and then ranked them according to their fitness prowess. 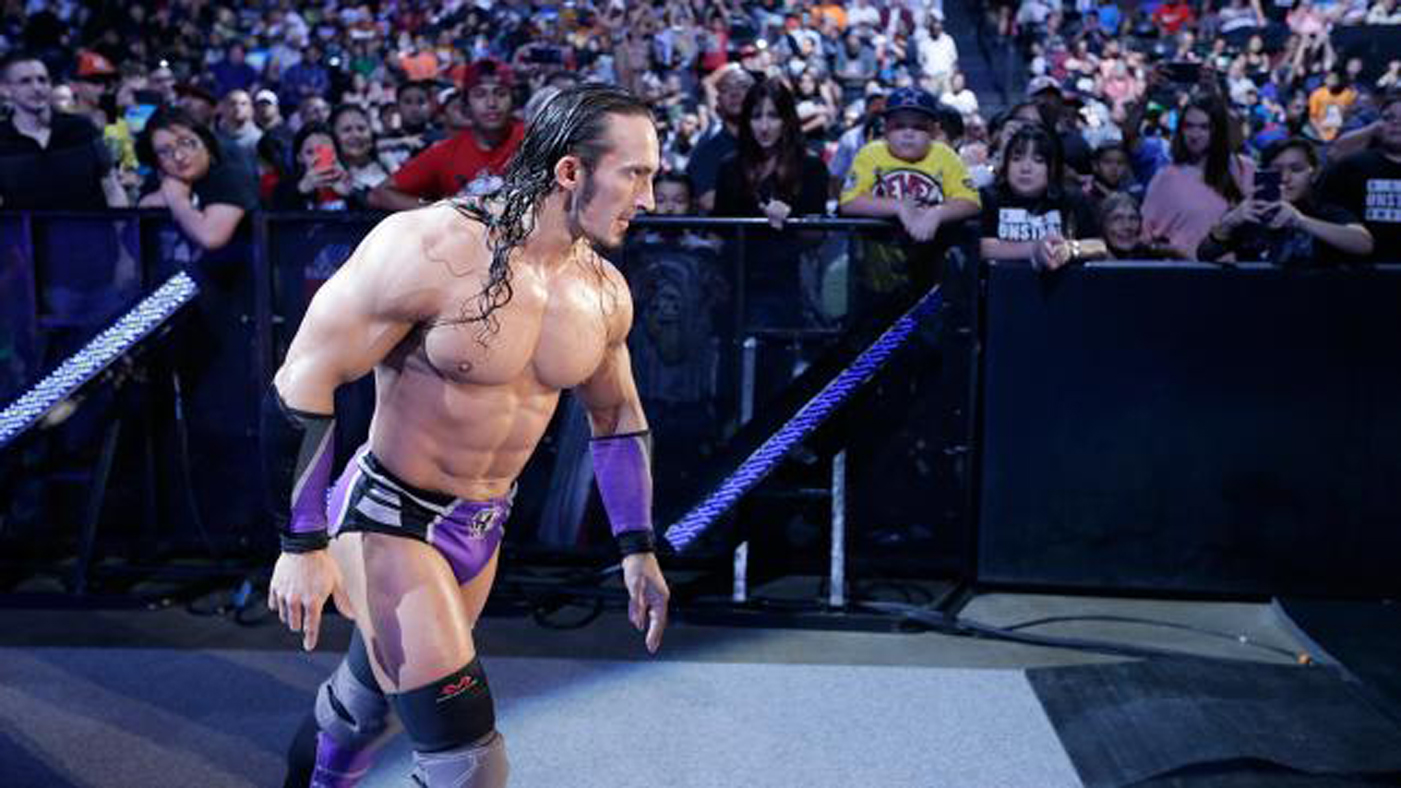 18. Neville
Height: 5-foot-8, Weight: 194 pounds
Neville takes on the usual body building, powerlifting and conditioning work that goes into making a Superstar, but his claim to fitness fame is cross conditioning. You can find him doing soccer, roller hockey, basketball and even tennis – anything that he feels will help him be an all-around stronger and fitter person. To keep building muscle (he’s one of the smaller guys out there), he eats a lot of protein and also a good amount of fruits and vegetables.

Room for Improvement: “Neville’s workout is potentially sound in theory ­– aesthetic work, conventional strength work and conditioning are all important to an athlete at his level,” Jeff Butterworth, owner of Rx Strength Training in Somerville, Massachusetts, says. “He should be beginning his routine with breathing and mobility exercise and should definitely work in more movements similar to what he will do in the ring. Staying active by playing other sports is a great idea, though. It keeps him agile and conditioned as well as mentally refreshed.”

17. Rusev
Height: 6  feet, Weight: 304 pounds
Rusev was born in Bulgaria and has had training in sumo and muay thai, a background that helps explain why he looks like a tank, yet moves with the quickness of a jet (a really big jet, but still…) He trains with moves that mimic just what he needs to do in the ring – like grabbing a super-heavy sandbag off the ground, lifting it high and throwing it back down to the ground.

Room for Improvement: “I like that his workout is sport specific – he’s doing the same movement with a heavy sandbag he would do with a person,” Butterworth says. “But he should take it to the next level. Scoop the sandbag up to one shoulder, move it to the other, run 50 feet, then throw it down. Maybe even do barrel rolls with the sandbag on the ground. This will help him adjust to anything that happens in the ring when that sandbag is replaced with a huge guy.”

16. Dean Ambrose
Height: 6-foot-4,  Weight: 225 pounds
While many Superstars work to be the biggest, strongest guy out there, Ambrose aims to win by outlasting the heavier guys. So he trains with long runs and even longer bike rides, focusing on stamina. “I’m not going to throw 27 people over the rope at one time,” he said. “But I am prepared to be pounded on for 60 minutes or so.”

Room for Improvement: “If he were a triathlete, where he would need to do a single controlled movement for a long time, this would be perfect,” Butterworth says. “But that’s not what wrestling is. He would do a better job of building his VO2 max and stamina with intense bursts of activity, say sprinting for 30 seconds, resting for 30 seconds and repeating.” 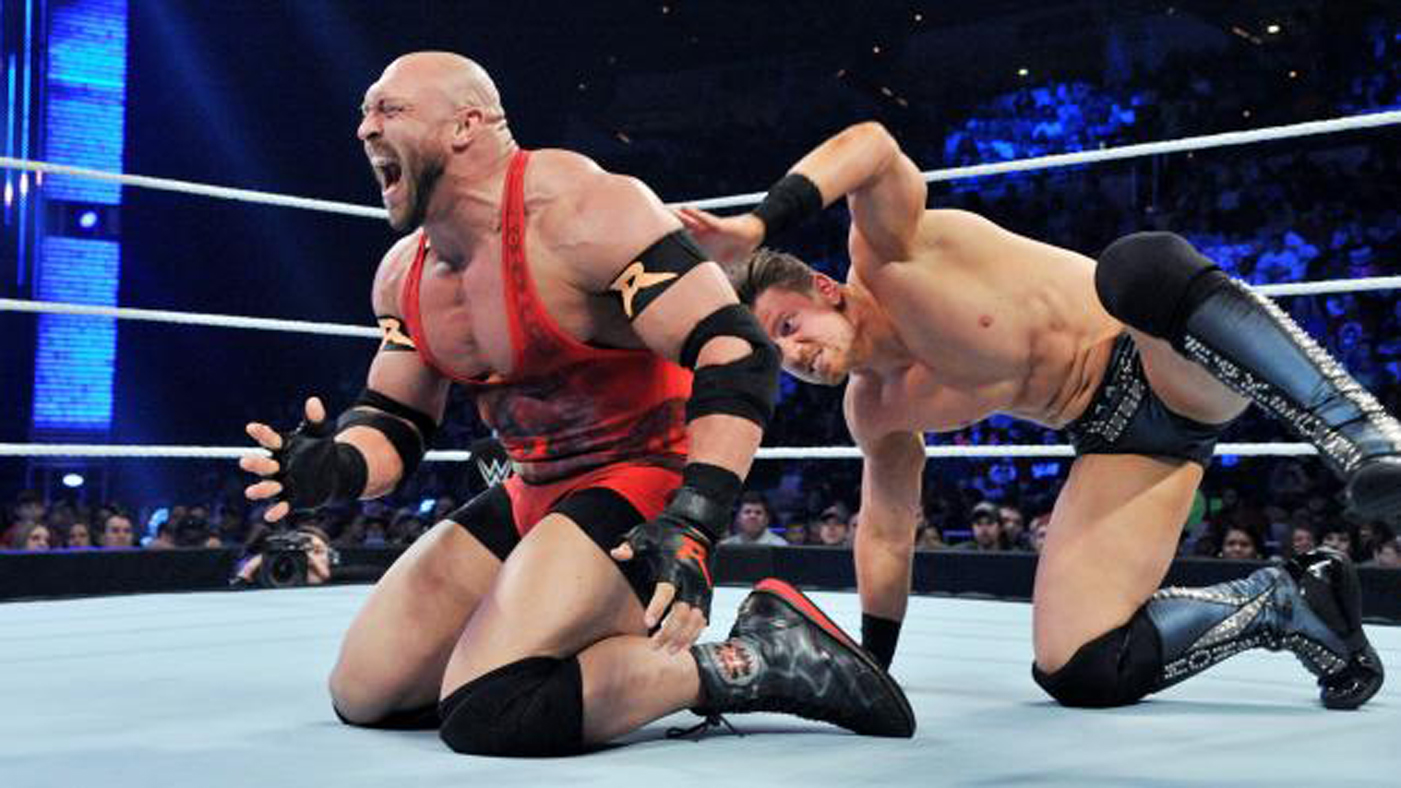 15. Ryback
Height: 6-foot-3, Weight: 291 pounds
Ryback’s Instagram feed is a good window into the fitness habits of “The Big Guy.” One shot has him doing ring dips (to increase core strength and flexibility; he can crank out 20 reps easily) while the next is of him finishing 100 burpees (for conditioning) and another of him deadlifting 500 pounds 10 times. With workouts like those, it’s probably no surprise the Intercontinental Champ’s catchphrase is “Feed me more.” But this is where the good habits end. It’s not rare for him to eat a full pound of meat (either steak or ground turkey) mixed with whole wheat protein pasta and a little bit of pasta sauce – for breakfast. He eats every two or three hours for the rest of the day and it’s usually steak, chicken, tuna fish, eggs, brown rice or sweet potatoes. It seems he doesn’t go for a lot of variety, eating the same dish over and over again, at home and at restaurants…though he’ll dominate a wing-eating contest when he gets the chance.

Room for Improvement: “Ryback is eating a ton of protein, possibly more than 500 grams a day,”  Susan Kleiner, PhD and author of Power Eating, says. “He really only needs one gram for every pound he weighs, so 290 grams of protein is sufficient. And that kind of volume of meat also delivers a hefty dose of saturated fats, which are associated with an increased risk for cardiovascular disease. The other thing I’d say is that he shouldn’t be so afraid of variety. If he swapped some of those meat servings out for plant-based fats like olives, avocados, nuts and seeds, he’d be hugely improving his diet.”

14. Dolph Ziggler
Height: 6 feet,  Weight: 218 pounds
Ziggler has one of the more interesting diets among Superstars, what he calls the 70/30 plan: 70 percent of the time he eats moderately healthy, 30 percent he chows down on anything he wants. He’s proud that he’ll never be the guy weighing turkey slices and counting calories, he just relies on instinctively knowing what’s good and what’s bad for him. Ziggler is in the gym at least six days a week, often for an intense workout that involves a combination of cardio and weights. He’ll first jump on the treadmill or elliptical to get his body moving then gets to pumping iron.

Room for Improvement: “The concept of a more relaxed diet is a good one, and it’s what you do most of the time that plays the largest role in your health and performance,” Kleiner says. “The only downside is that if he eats one of his 30 percent meals right before a match, his performance might be only 30 percent what it could have been. He should make sure that his prematch meals are as healthy as possible.”

13. King Barrett
Height: 6-foot-7,   Weight: 246 pounds
“Bad News Barrett” has one philosophy on how to get a body like his: Work out really hard, really intensely. He does very little cardio (he thinks the 20-plus minutes of wrestling he does every day gets his heart rate up enough), focusing instead on free weights for at least two hours a day. The 35 year old also quit drinking alcohol – he’s from England and used to be a huge beer drinker – and cut out a lot of the junk from his diet. Now he starts the day with an egg-and-chicken sandwich and a spoonful of peanut butter. Unlike other superstars, Barrett isn’t afraid of some carbohydrates (he’s naturally slim if you can believe it, so the carbs help him fill out a little). When he’s on the road, he will still eat relatively well, grabbing a grilled chicken salad from a fast food restaurant, but will avoid the fries.

Room for Improvement: “Big congrats to him for getting off the bottle and cutting junk from his diet – he is no doubt a much-improved athlete these days,” Kleiner says. “But if he did a little planning before he hit the road, he’d be able to balance out that low-fuel chicken salad. That may be barely enough for a small bird, let alone Barrett. Also where are the fruits and vegetables?” 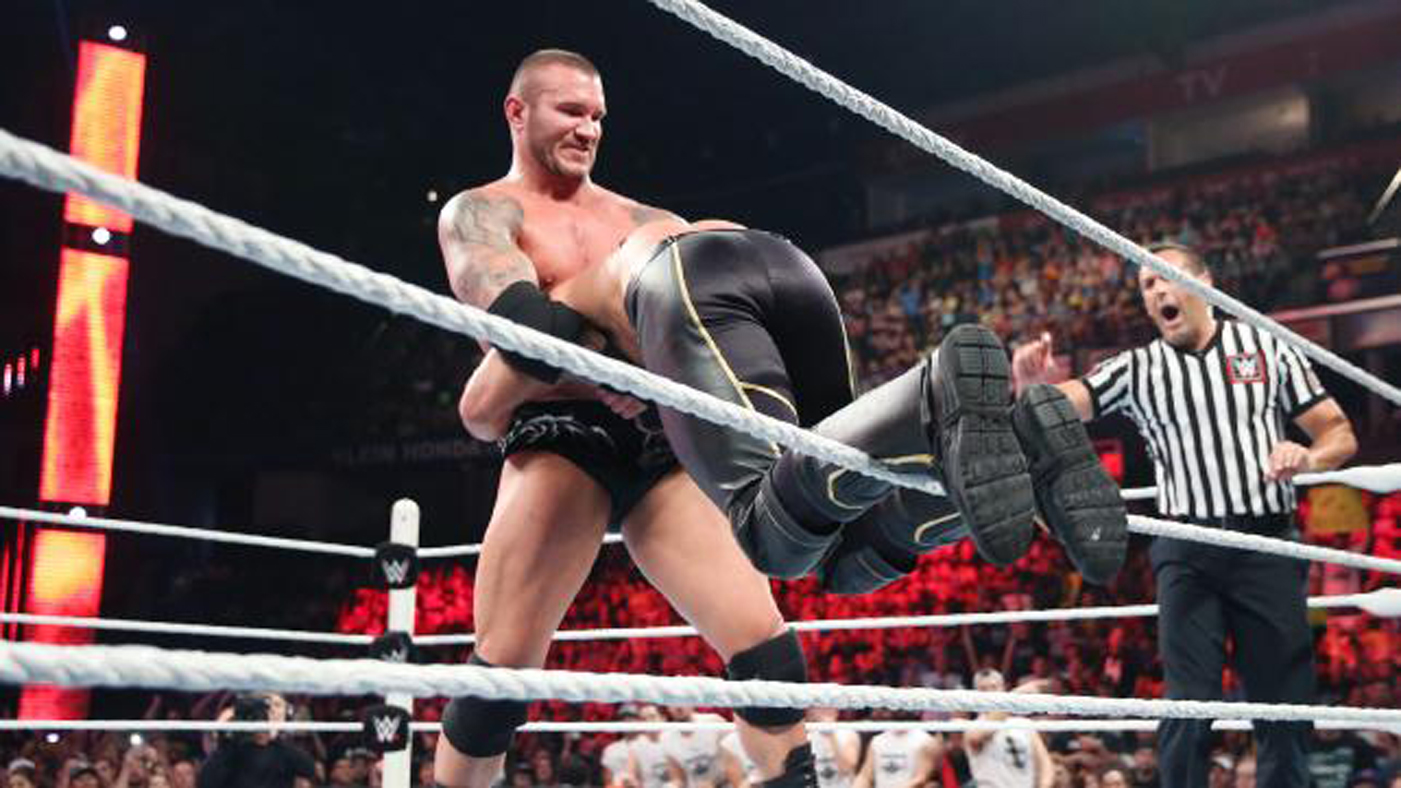 12. Randy Orton
Height: 6-foot-5,  Weight: 250 pounds
Orton, who recently turned 35, follows a classic three-day-a-week training program where each day he devotes himself to one body area. Day one is chest, shoulders, triceps; two is legs; and day three is back and biceps. (Sometimes he turns it into a five-day-a-week workout, splitting it up between shoulders, chest, triceps/biceps, back and legs.) He has a very exact workout routine, doing three different exercises for each body part and five different leg exercises. During his workouts he does three-to-five sets of each move, making sure the last set he goes to failure. And to keep things fresh, he changes the moves every few weeks.

Room for Improvement: “This is definitely a bodybuilding/gym rat hybrid of a routine, which will get him strong and looking good, but he needs to do something a little more sport specific,” Butterworth says. “He can do an overhead press, but if he swapped that out and instead picked up an oddly shaped heavy rock and moved that around, his stamina and his strength would be up.”

11. Roman Reigns
Height: 6-foot-3,  Weight: 265
A three-year starter at Georgia Tech (and wrestling relative of The Rock), Reigns knows a thing or two about staying in fighting shape. But while in football he focused on a lot of leg work, he now does a total-body routine with 30 to 40 minutes of cardio thrown in every day. His favorite moves are bent-over rows and squat cleans (his PR is 360 pounds in the latter). He needs a lot of food to keep his body going through all that activity, but he tries to keep it healthy. A sample order: The burrito bowl at Chipotle with black beans, rice, triple chicken (yes, triple), cheese, corn salsa and guacamole.

Room for Improvement: “Great fast food choice!” Kleiner says. “Having a good variety of food is one of the big keys to a healthy diet. I hope he’s drinking lots of water through his day, too. He’ll feel like he’s dragging if he becomes dehydrated.”

Who made the Top 10? Find out over at Men’s Journal.