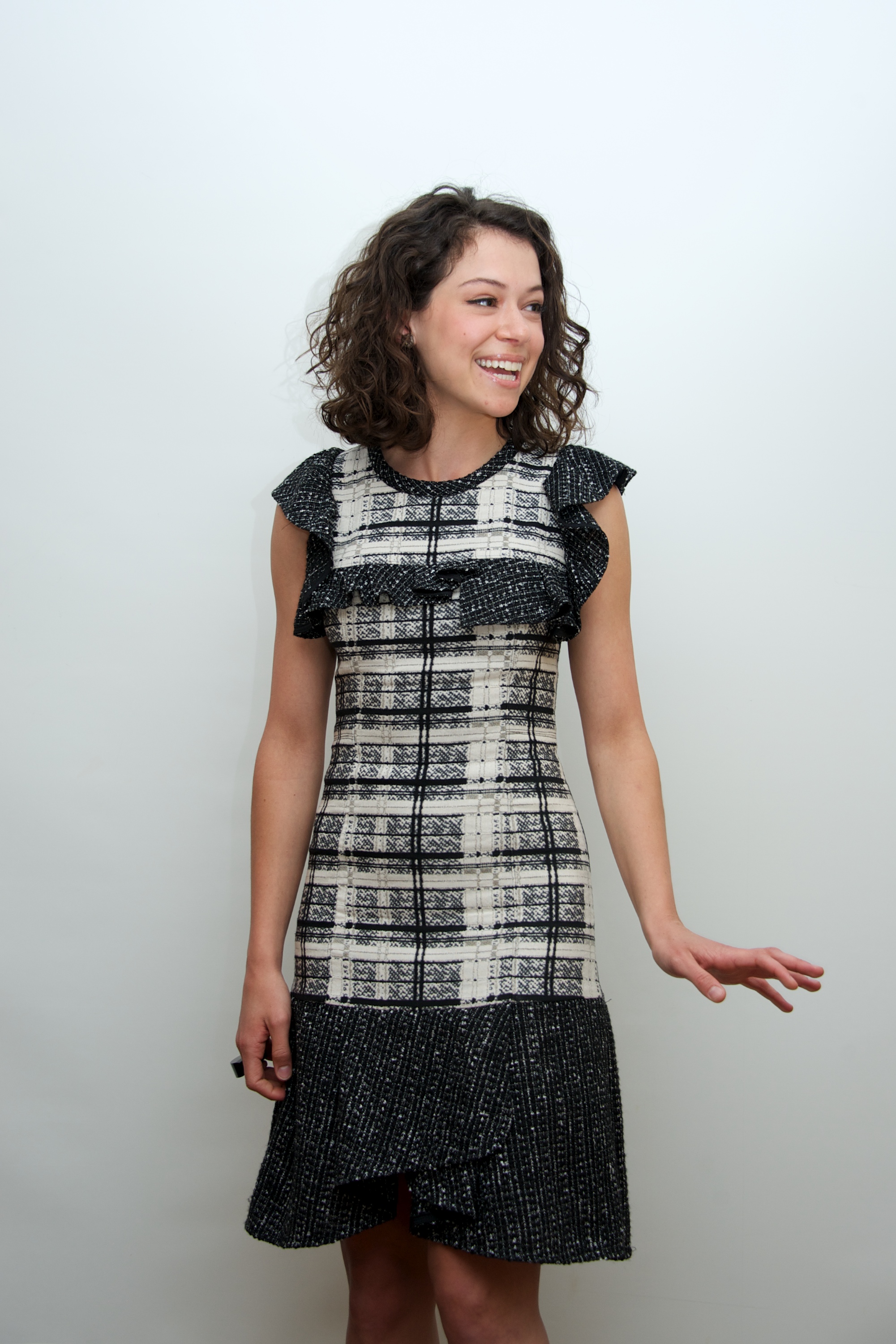 On the addictive BBC America hit show Orphan Black, star Tatiana Maslany doesn’t just give one of the best performances on television — she gives nine of them, and counting. The thriller, now kicking off its third season, is centered on a mysterious government cloning program. Maslany, 29, plays wildly different people with identical DNA, from the oft-terrifying, near-feral Helena to passive-aggressive suburbanite Alison. They share scenes on the show, too, via a seamless fusion of visual effects and virtuosic acting. Maslany, a native of Canada, called from the set of a movie she’s shooting in the frigid northernmost province of her home country. “We built an igloo the other day,” she says. “As you do.”

It’s 50 below zero where you are, but at least you only have to play one character, right?
Yeah, it’s basically like I’m on a beach right now.

It’s insane that you’ve never gotten an Emmy nomination — do you think there’s a prejudice against acting in genre shows?
There’s an idea that the acting is less important than the special effects [in those shows], but what’s funny about our show is that the special effects and the acting are one and the same. They couldn’t exist without each other. It’s not like we’re sending spaceships flying around — we’re just putting two characters played by one person in a room together. To me, our show is more of a character drama with elements of comedy and horror than a sci-fi show.

Did you have any doubts about your ability to pull off all of these roles?
When I auditioned for the show, I was blindly ignorant of the challenge of it, just sort of excited. Then, the day I got the part, I was like, “Ah, I can’t do this, there’s no way!” [Laughs] How do I even lead a series, let alone lead it in this way?

You use music to get into character for each clone, and you chose Prodigy’s “Breathe” for the main clone, U.K. street kid Sarah. Why?
The riff at the beginning is dirty, sexy and sort of raw. There’s something about it that’s just, like Sarah. It became her. I really liked Prodigy growing up, and they’re from the U.K. I feel like Sarah would’ve partied to that music when she was younger.

What do you use to capture Helena’s raised-by-wolves oddness?
Antony and the Johnsons and Tom Waits. Antony was the big one, because it contrasts with the hardness of [Helena’s] exterior. There’s something about his music that’s so haunting, so emotional and so kind of hurting, but also whimsical.

Helena never stops eating — what’s that about?
[Laughs] That was like an extension of her unsocialized thing. When we first started putting food in front of her, it was like, “Oh, she’s just a garbage can.” Then the writers were like, “Put more food in front of her, make it the worst combinations of food, and make her do 50 takes in a row. Perfect.”

Do you really believe people could be that different despite being biologically identical?
I did some research about twins versus clones. It turns out twins raised separately would have more similarities than clones raised in different environments, because twins share the same womb. Knowing that gave me a lot of freedom to make these girls completely different. It reminds us of the potential for any one person to have a thousand outcomes in their life, a thousand possibilities.

Orphan Black gets praised for its “strong female characters.” But you have found that idea reductive, right?
I’ve never heard the term “strong male character.” That doesn’t mean anything. So what does “strong female character” mean? We’re so ready to put a label on something instead of leaving room for every different kind of expression, every vulnerable, weak, funny, vulgar, stupid thing. It’s just people, right? There are layers and levels, and you can’t put somebody in a box, you know?

Do you look in the mirror at the end of a day of switching personae and go, “Who are you?”
[Laughs] The most psychologically confusing thing we do on the show is when we have one clone impersonate another clone. But I think it’d be harder to do, like, a one-woman show than to do this, because then you’re switching between characters without any pause and without any time.

Has it occurred to you that you should be paid by the clone?
I keep bringing it up.