'Star Trek' at 50: How the Sci-Fi TV Show Changed Everything - Rolling Stone
×
×

In the beginning, only Mr. Spock was spared.

It was early 1965, and NBC had just passed on “The Cage,” the pilot episode for a science fiction show the network had been considering picking up for their fall season. “Too cerebral,” they said. But they let creator Gene Roddenberry try again. He kept the starship Enterprise, but recast its crew, save for the grinning, excitable science officer played by Leonard Nimoy.

The Spock audiences met on the night of Sept. 8, 1966, when “The Man Trap” became the first Star Trek episode broadcast, was far more sedate and enigmatic character than he’d been in the pilot, and so he would forever remain. Several of the 13 movies and most of the seven small-screen series have been Spockless, but the half-Vulcan, half-human scientist is the franchise’s ambassador in perpetuity. When the 83-year-old Nimoy died last year, he got a eulogy from President Barack Obama — like the Enterprise’s Executive Officer, a pioneer of mixed parentage with a reputation for keeping cool in the face of hostility and panic. “I loved Spock,” the president said.

Who didn’t? The guy with the bowl cut and the pointy ears is the walking embodiment of all the aspirational beliefs every iteration of Star Trek has shared, and that have made the franchise endure for half a century: Optimism. Respect for diversity. Faith that reason shall triumph over ignorance. Confidence that our destructive emotions can be mastered without denying us the benefits of more saintly ones like loyalty and love.

Frankly, these sunny assurances feel no more plausible in 2016 than they must have in 1966. But to paraphrase the tagline from a later cult-inspiring sci-fi show: We Want to Believe.

Roddenberry believed. Swept up in the social and technological progressivism of the of Kennedy era, the bomber pilot-turned-police officer-turned-TV screenwriter maintained against all evidence that by the 23rd century, humankind’s moral maturation would begin to catch up to its scientific advancement. He was a big-picture guy. He had good ideas but was a crummy writer, and insecure about it. It took scribes with a lighter touch than his — and who were far less sold on the notion of humankind’s perfectability than he was — to turn his grand concepts into great stories, or even just decent ones. 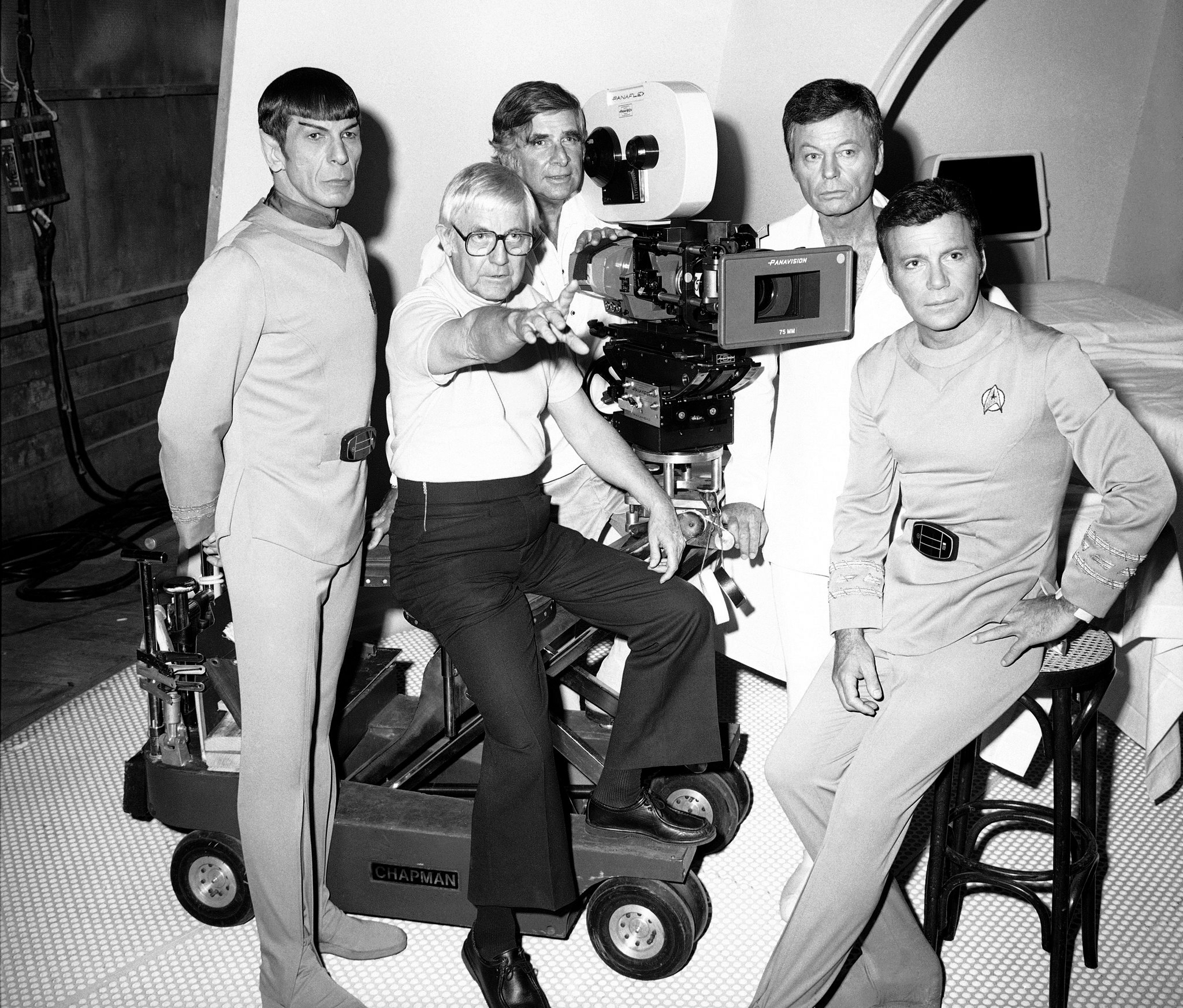 But no one else had Roddenberry’s gift for fan outreach. Star Trek was the first modern, well-organized fandom, and Roddenberry treated them like his valued constituents. Paramount Pictures and NBC both believed he had the power to command armies of geeks, in an age when “geek” was still very much an insult. The producer did not try to convince his bosses otherwise.

Sometimes it was even true: A historic letter-writing campaign had persuaded NBC to grant the on-the-bubble series a third season in 1968. The network been so besieged by letters and calls that it actually announced on-air that Star Trek would return in the fall, something they did for no other renewing series. They still pulled the plug after that year, but the show became more powerful and omnipresent in death than it had been in life. Syndicated reruns were ubiquitous, with many stations burning through its 79 episodes every few months by airing it five nights a week. The first dedicated Star Trek convention happened in 1972, some two-and-a-half years after the last new hour had been produced. Sci-fi conventions were already a thing, but the idea of packing a hotel with people whose common trait was ardor for a defunct TV show? That was new. The Internet was still a couple of decades out, but there were fanzines, many of them of professional quality. Roddenberry encouraged his acolytes. He sold them Star Trek merchandise and ephemera (including props and whatnot that were not necessarily his to sell) through he and his mistress-turned-wife Majel Barrett’s mail-order business. He spoke at college campuses, urging his audiences to lobby for Star Trek to return.

The deference Roddenberry showed to Trekkies did not extend to his staff. Producers and writers who worked for him — particularly on Star Trek: The Next Generation, which was set 100 years after the “Original Series” and aired in first-run syndication (another quiet Trek innovation) from 1987 to 1994 — complained that his notion that in the 24th century everyone would be too pious and secure for workplace infighting or even private self-doubt made it almost impossible to create conflict. This is why the LBJ-era original, with its cardboard planets, rubber monsters, short skirts, and torn tunics — and critically, its lovable bickering among Captain Kirk, Spock, and his tormentor, Dr. Leonard “Bones” McCoy — is eminently more rewatchable than the polite and sleepy TNG. (All apologies, Patrick Stewart.)

Roddenberry died in 1991, which coincidentally was the same year the relentless turnover among Next Generation‘s writing staff finally stopped, and the writers began to operate as a cohesive unit. (In its final season, TNG would get an Emmy Award nomination for Outstanding Drama Series.) This was also the year of Star Trek VI: The Undiscovered Country, the last feature film starring the original cast who’d begun their storied “five-year mission” some 25 years before. But it had long been clear this point that Star Trek was a living document, a beautiful framework of an idea that demanded to be amended and improved and refined. 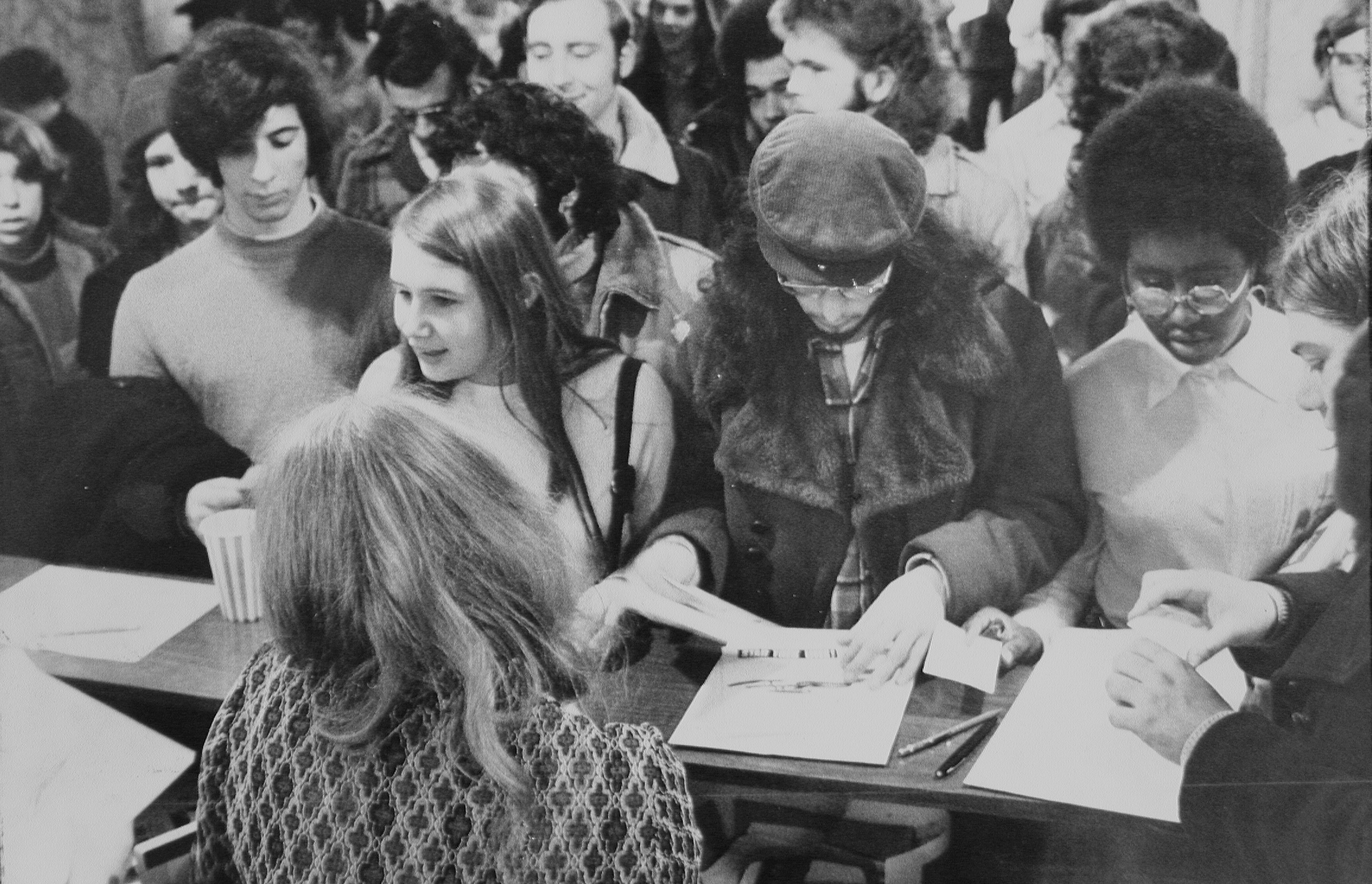 Its original iteration left plenty of room for that. From a distance of even 25 years it no longer looked quite so woke: Seeing Nichelle Nichols’ Lt. Uhura or George Takei’s Mr. Sulu in key positions on the Enterprise bridge was progressive for 1966, but in other areas, the original Trek inevitably resembles the product of the Don Draper era that it was. Nichols has often told the story of how she had decided at the end of the first season to return to musical theatre. A self-identified Trekkie by the name of Martin Luther King, Jr. talked her out of it, telling her she was an inspiration to black viewers and that Star Trek was one of the few TV shows he and his wife allowed their children to watch.

But the franchise progressed. In the mid-1990s, spinoffs like Deep Space Nine and Voyager focused on Starfleet vessels commanded by a black man and a woman, respectively. Star Trek: Discovery showrunner Bryan Fuller, a veteran of both those spinoffs, has intimated that LGBT characters will be well-represented in the upcoming series. Roddenberry had sought “Infinite Diversity in Infinite Combinations,” and each new version of Star Trek inches a little closer to that goal, noble and unachievable.

When the National Air and Space Museum unveiled its newly remodeled Boeing Milestones of Flight Hall on July 1, one of the new displays was dedicated to physicist and astronaut Sally Ride, not only the first American woman to fly in space but — as her long-term partner revealed after Ride’s death in 2012 — the first LGBT astronaut. Included among Ride’s personal effects was a Star Trek: Voyager communicator-pin prop that had been presented to her at a 1995 screening of the show’s premiere episode by Kate Mulgrew, who played Kathryn Janeway — the first female starship captain to get her own show.

The Ride display sits directly opposite another artifact: The newly restored, 11-foot-long studio model of the U.S.S. Enterprise used in the production of the original show. Prior to the two-year restoration effort, the 200 lb. model was in danger of falling apart. It had been built out of poplar wood and vacu-formed plastic five years before Neil Armstrong landed on the moon. It was never intended to be preserved in situ for half a century. It was meant to evolve. It was meant to take us where no one has gone before, and our children, and our great-great-grandchildren, too.

Watch William Shatner explain his love for Leonard Nimoy in this animated video.