Everybody wants to be a rock star. Mark Cuban can do that one better: He’s a billionaire rock star.

Being a member of the one percent doesn’t automatically qualify anyone for star status. Look at the Forbes 400 and ask yourself how much you really know about Larry Ellison or Sheldon Adelson. But Cuban isn’t like most billionaires. He’s instantly identifiable to NBA fans as the outspoken owner of the Dallas Mavericks – he’s paid nearly $2 million in fines for criticizing the league and its officials – and his role on ABC’s Shark Tank has made him a fixture in prime time, too.

He made his fortune in tech, but his current portfolio includes everything from a TV network to a haunted hayride – testament to his desire to take calculated risks for high rewards. But not everything he’s done has worked out; here, Cuban reveals his biggest regret as owner of the Mavs, why it’s OK to get “fucked up” if you win a championship and which NBA star would make the best addition to the Shark Tank team.

What is the key to being a successful owner of a sports franchise?
There are a couple keys. The first is recognizing that although I may be the one responsible for the bills, I don’t really own the team. All of North Texas and Mavs fans everywhere really own the team. Owning a popular sports team is very different than any other type of business. They don’t throw parades when Apple has the biggest quarter in corporate history. People don’t call and email asking for anyone from the team to come visit their sick child. They don’t cry as they request a jersey of their child’s favorite player to be buried with them. They don’t cheer and hug people they don’t know after a game-winning shot. The emotions of a city can rise and fall with a team and the owner has to realize that and cherish it.

The second is luck. I was fortunate to come when Dirk was just really coming into his own. You can’t take a team that doesn’t have a superstar player and get to the Finals twice and win it once. Average teams don’t make it to the Finals. I was lucky to have Dirk and even luckier not to mess it up. Even though at times people thought I had. 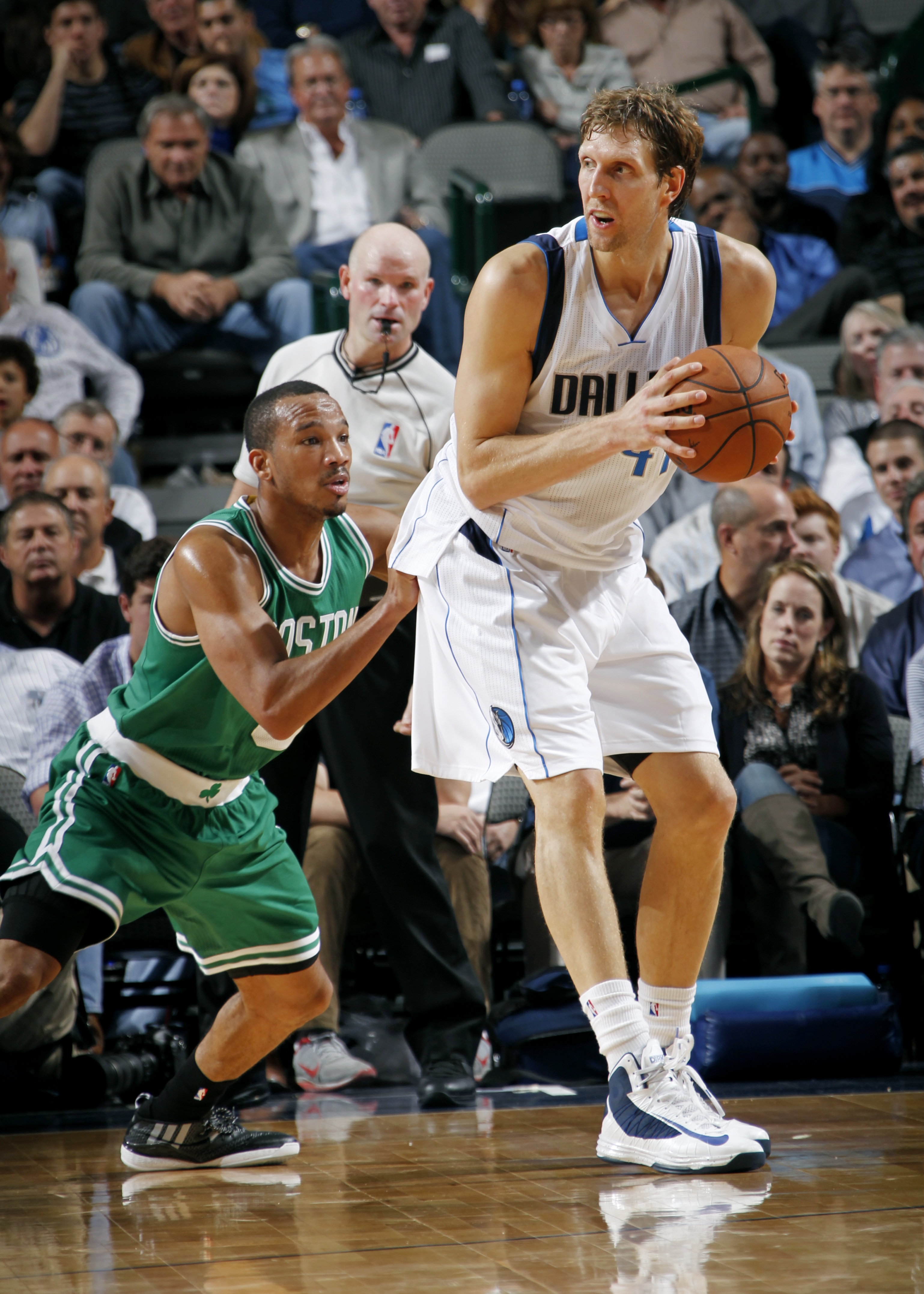 You talk a lot about effort as a key to success. Is Dirk Nowitzki the most high-effort player you’ve ever come across on the Mavericks?
Talent without effort is wasted talent. And while effort is the one thing you can control in your life, applying that effort intelligently is next on the list. What helped make Dirk special is not just how hard he worked, but how smart he worked. He didn’t just put in the hours, he had a plan for those hours and he knew just wanted he wanted to accomplish with them. That allowed him to not only become the great shooter that he is, but also to become a student of the game and to add something new to his game almost every year.

Without question, Dirk works as hard as anyone we’ve ever had. But his work ethic was not singular to him. When your best player works the hardest, others want to follow his lead. That has helped us build a culture of winning and focus and effort that has been critical to our identity since he and I have been here. I probably didn’t do as good a job as I could have in putting teams around Dirk. But hindsight is always 20/20.

What’s the worst move you’ve made as the owner of the Dallas Mavericks?
Letting Steve Nash go. I learned an expensive lesson. It took me too many years to realize that for some GMs, their number-one job wasn’t winning a championship, it’s keeping their job. It’s easy to look back and see my mistakes today. I wish I would have been smart enough to know better back then. I loved taking risks to win. Unfortunately some of them were not as educated as they should have been.

During the Donald Sterling situation, did you ever empathize with him? Did you ever think to yourself, “I’ve been in the news more than once for something I’ve said?”
Did I empathize with him? Yes. Of course I did. This is an elderly man who grew up in a generation that is night-and-day in how it understood race and culture. And yes, I empathized with him because this was a conversation that took place in his kitchen and he had a right to expect privacy in his home. But none of that excused him from the rules of the NBA. He put the business of the NBA at risk. That is a situation that, while I have been fined, I have never found myself in and don’t expect to.

Why do NFL players seem to be getting in trouble a lot more often than NBA players?
No question it’s because there are more of them, and I think there are two more important factors: I think it’s difficult to be a warrior on the field and a pussycat off of it, but more importantly, I think that all pro sports turn a blind eye to minor leaguers and collegiate athletes with checkered backgrounds.

You don’t go from the minors or college to the pros and all of the sudden become a spouse abuser, or any of a number of other serious personal issues. Those traits don’t suddenly appear when you make a pro roster. They were there in college. They were probably there prior to college. Yet we as leagues ignore those issues when we sign and draft players. That has to change. We need to participate in programs that publicly identify those athletes that have issues, and not allow them to play unless they go through rigorous counseling.

We need to demand that colleges and minor leagues and high schools and summer-travel programs identify and report issues. By not reporting abuse or other issues with their players, they could be costing them a shot at the pros. It’s our fault for not being more proactive. It’s college’s fault for not red-flagging these kids and getting them help.

DeShawn Stevenson was arrested days after the Mavs’ 2010 title run, and it wasn’t his first brush with the law. Did you feel like you were overlooking his transgressions when you acquired him?
I loved D-Steve and never had a problem and didn’t anticipate one. As far his arrest, it was for public intoxication. He wasn’t driving. He was wandering. Or wobbling, I guess. As long as you aren’t driving or in a position to inflict harm on someone, and over the age of 21, feel free to get as fucked-up as you please after you win a championship. I know I did.

We have a team psychologist who spends time with all of our guys. While he won’t divulge specifics, we do discuss whether or not there are red flags regarding a player’s personal, professional or social life. We’ve had a functioning alcoholic on the team in the past and we put together plans and programs to help him. We’ve had other issues when we have asked the player to leave the team.

We try very hard to be aware of what is going on in a player’s life because like all of us, it impacts our professional life and we want what is best for the person and their family. We try to build a team that has zero knuckleheads. If there is a player who is immature and not able to follow team rules, we might sign them, but the rule is no more than one knucklehead on the team. 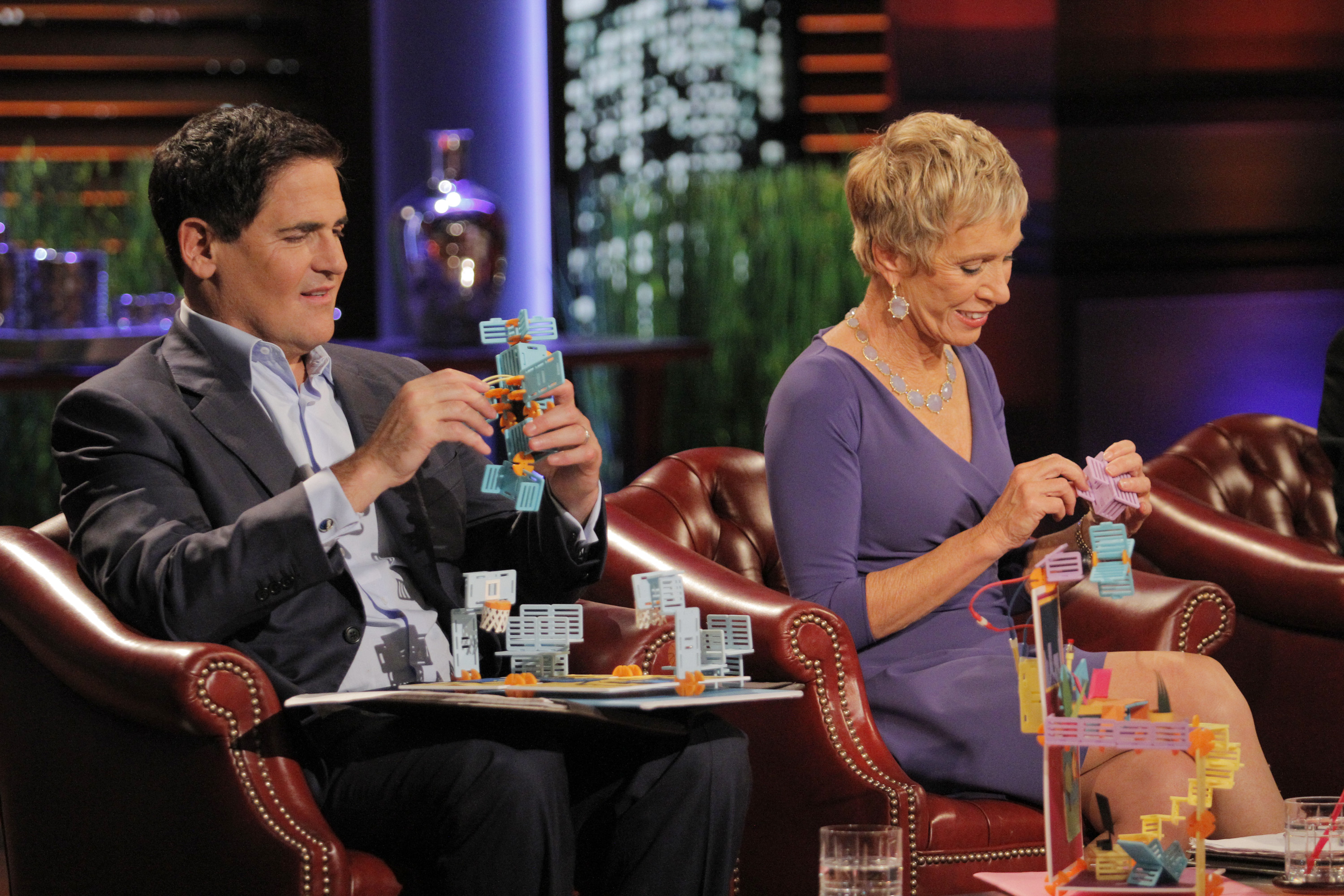 Do your roles as owner of the Mavs and investor on Shark Tank ever overlap?
I always tell my guys they should bring me deals and some of them do. What really makes me cringe is when they invest in music, a clothing line, a restaurant or a bar. Or when they tell me it’s all done by their buddy from wherever. Investing is not easy for experts so it’s hard to see some of the mistakes guys make.

In general, the number of pitches per day is insane. Fortunately, I’m able to say that if I discuss this with you, you can’t be on Shark Tank. It’s against the rules and I give them instructions on how to apply to be on the show. The rules of the show won’t allow any business that has had dealings with a Shark. That would give one Shark an advantage.

Which NBA player would make a great Shark?
I think Kobe, LeBron, KD because they have the work ethic and have really pushed themselves to success. As far as who wouldn’t, I’m not going there. We have to play all those teams!

What would surprise people about being an owner?
That losing hurts far more than winning feels good.

What would surprise people about being a Shark?
That it’s our money. We know nothing about the deals before they walk in and at least 20 percent of the pitches never make it on air.

What would surprise people about being a billionaire?
Nothing. It’s fucking amazing and off the charts.