'Sense8': Everything You Need to Know - Rolling Stone
×
×

Sixteen years after blowing minds and rebooting science fiction with The Matrix, Andy and Lana Wachowski are ready to plug back in and conquer humanity’s hive-mind via our Netflix accounts. On Friday, June 5th, the streaming network will debut all 12 episodes of the the siblings’ new TV series Sense8, a madly ambitious science-fiction drama about eight very different people from around the world who discover that they share a single consciousness. The reasons for their bond — and how it affects an ancient battle between good and evil — is revealed gradually episode-by-episode; the focus, however, is on exploring the ordinary lives of these “sensates.”

For the Wachowskis, the series arrives on the heels of three consecutive movies — Speed Racer (2008), Cloud Atlas (2012), and Jupiter Ascending (2015) — that have had critics and fans wondering what had happened to the visionaries who brought us bullet-time set pieces and Keanu Reeves downloading kung fu. For Netflix, this show proves once again that it’s capable of striking deals with A-list writer-directors who could have their pick of platforms.

So how does everyone fare here? Is this the Wachowskis’ big comeback? And does Netflix have another buzz-building hit on its hands? Here’s what you need to know:

Who are “the sensates”?
The show’s eight connected characters run the gamut from Nomi, a trans blogger and “hacktivist” named Nomi (Jamie Clayton), to Will, a compassionate Chicago cop (Brian J. Smith). Other sensates include closeted gay telenovela hunk Lito (Miguel Ángel Silvestre), superstar Icelandic DJ Riley (Tuppence Middleton), successful Korean business executive Sun (Bae Doona), Indian pharmacist Kala (Tina Desai), German safecracker Wolfgang (Max Riemelt), and Nairobi bus driver Capheus (Aml Ameen). After the suicide of a troubled woman named Angel (Daryl Hannah) in the series’ opening scene, these eight people begin to experience what they assume are hallucinations — but are actually glimpses into each other’s lives. They’re also visited periodically by the mysterious Jonas (Lost‘s Naveen Andrews), an internationally wanted criminal who may be the only one who can properly explain what it all means.

What’s a typical episode like?
Judging from the first three episodes, each installment melds peeks into the eight main characters’ complicated everyday lives with big-picture exposition. If you remember the Wachoskis’ cross-cutting between eras in their adaptation of David Mitchell’s sprawling novel Cloud Atlas, the jumping from storyline to storyline here will incredibly familiar. A tense, rhythmic synthesizer score provides both a feeling of momentum and a sense of unity as everybody wrestles with individual crises and family conflicts, relationship woes, professional stress, and the occasional criminal activity gone awry.

The show’s big gimmick — and one that must’ve been logistically complex and expensive to produce — has one hero suddenly experience what’s happening to one of their fellow sensates somewhere else in the world. Sun in Korea is startled by a chicken that flaps in from a scene in Nairobi; Riley finds herself in Will’s place, walking through a blighted urban neighborhood on the windy city’s South Side. 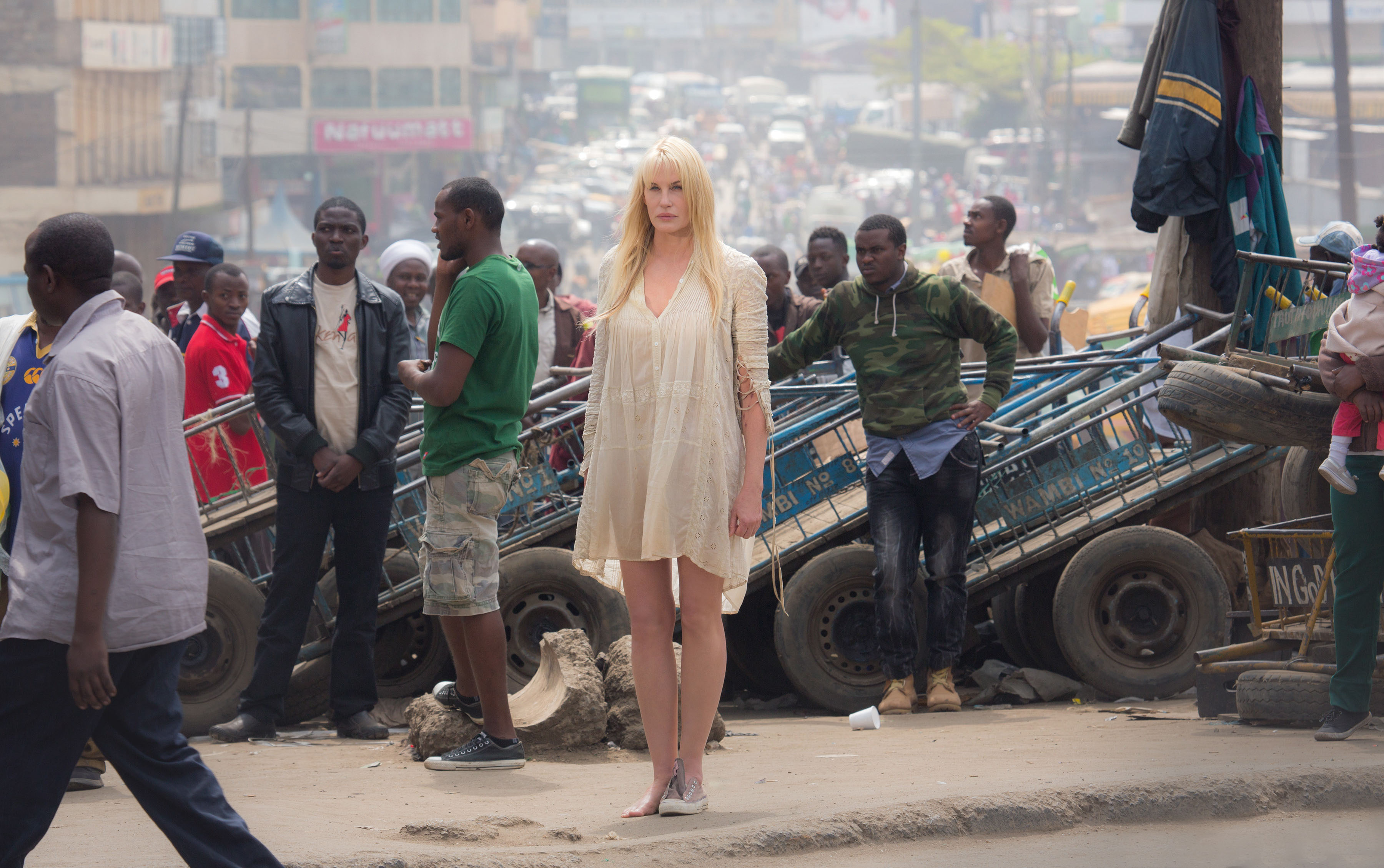 Each episode also contains one or more nifty set-pieces, including (so far) a Bollywood dance number, a gunfight on dusty African streets, and a car chase where the drivers’ minds keep switching back and forth between vehicles. These early episodes are less about advancing the main plot-line than setting the scene, though Jonas pops up only occasionally to say something cryptic.

So the Wachowskis’ wrote and directed all of this be themselves?
Not at all. The siblings conceived and wrote Sense8 in collaboration with J. Michael Straczynski, the award-winning comic book writer and creator of the cult science-fiction series Babylon 5. And while Andy and Lana directed the majority of the episodes, they had help from their Cloud Atlas partner Tom Tykwer on the Berlin and Nairobi scenes, and their V for Vendetta director James McTeigue on the Mumbai and Mexico City material. Most of the cinematography was handled by John Toll, who was nominated for an Oscar for his work on 1998’s The Thin Red Line.

Is Sense8 as good as The Matrix?
Not by a long shot — but what is, really? In an interview with Comic Book Resources, Straczynski said that the Wachowskis only wanted to do a television series if they could revolutionize the medium, in the same way that they changed action movies in 1999. But it helps to remember that their breakthrough movie became a surprise blockbuster because of the way it thrillingly mixed visceral sci-fi spectacle, pop philosophy, and familiar pulp characters. By contrast, Sense8 is slower and requires putting in a bit more work on the viewer’s part. Intricate cross-cutting aside, the show doesn’t have any equivalent to the Wachowskis’ “bullet time” — the special-effects innovation that quickly became the action-movie standard. What’s most novel about the series is its globe-hopping scope and multicharacter structure, which are reminiscent of what TV looked like in the years after Lost became a hit.

Okay, but is it at least better than the Matrix sequels?
Actually, it has a lot in common with the Wachowskis’ much-maligned (but still mega-grossing) The Matrix Reloaded and The Matrix Revolutions (both 2003). Just as those two films expanded on their predecessor by exploring the counterculture aspects of the Matrix-iverse, so Sense8 is very interested in how its characters use sex and drugs to stay in touch with their humanity. Thematically, this series is very much in line with the Wachowskis’ most personal work, in that it argues for the fluidity of identity as a weapon against a world that demands rigid stratification. 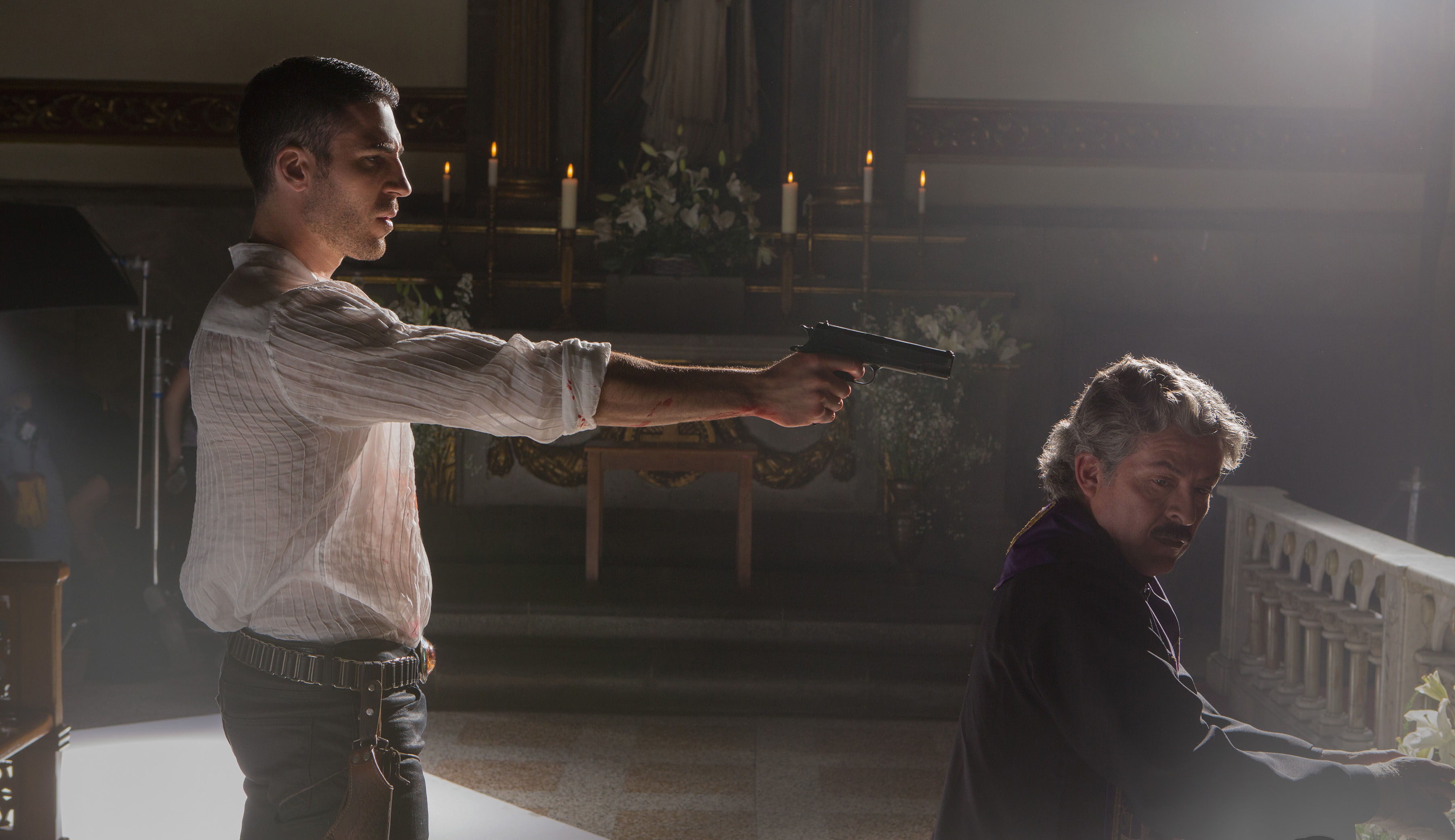 Of course, each of its eight main storylines are almost ridiculously on-message — whether it’s Nomi fighting with her parents about whether she should be hospitalized, or Will taking heat from his peers because he helped save a gang-banger’s life. Straczynski and the Wachowskis are working in very broad strokes here; we’re curious to see how this all pays off in the long run.

What about Speed Racer, Cloud Atlas, and Jupiter Ascending? Will fans of those dig this?
That’s a tricky question. Though the Wachowskis have been on a box-office losing streak, they’ve maintained a strong following among both science-fiction connoisseurs and cinephiles. The former love the siblings’ imagination, and their commitment to making hard R-rated movies for adults; the latter think their recent films (Speed Racer in particular) are so visually stunning that the stilted dialogue and dopey plots are forgivable. The more genre-focused fans are likely to feel kinder toward this project than the movie buffs, though some may think the series isn’t mind-blowing enough at first. Patience is a virtue here.

Fans of Andy and Lana’s kinky debut film Bound (1996), on the other hand, should enjoy how much nudity and eroticism is woven into the series. Those folks will feel like they hit paydirt.

How many episodes will I have to watch before I decide whether to binge or purge?
The second and third episodes are a lot like the first, and none of the three go very far toward explaining what the heck is going on. If you’re intrigued by episode one, forge ahead. If you get bored in the first 20 minutes, feel free to bail, because the next two-plus hours don’t get appreciably better or detrimentally worse.

What’s the best thing about Sense8?
The opening credits are like a lovely little short film, which starts with images of rivers and roads, before moving on to nuzzling animals, thriving marketplaces, and playful lovers. If the primary point of this show is to illustrate the inherent connectivity of all people — sensate or not — then this montage makes the case through visuals alone, showing how the organic and the inorganic work in concert to create a richer cross-cultural understanding.

If that sounds a little hippy-dippy, well…so’s the show. But in the end that may be its saving grace. The Wachowskis are attempting something bold here, slipping easily between different countries and different characters — and sometimes even between the past and the present—in ways that are unlike any other contemporary television series. You have to see the series as a whole to determine whether this is a worthy experiment, or a project that’s original to a fault.