The American political scene has lost one of its towering characters with the untimely demise of Stephen Colbert. He was 50. Feared by many, hated by some, watched by all, Colbert leaves an uncertain legacy for the media he revolutionized and the culture he altered. Without him on TV four nights a week, there is a truth-shaped hole in our national political discourse. “Anyone can read the news to you,” he announced when The Colbert Report debuted in 2005. “I promise to feel the news at you.”

He kept that promise, which is how he came to define our era. For so many of us, Colbert sums up the optimism and idealism of the Bush years, along with his hero and mentor Bill O’Reilly, whom he called Papa Bear. “I emulate you,” he once told O’Reilly in a poignant appearance on Fox News. “I want to bring your message of love and peace to a younger audience. People in their sixties, people in their fifties – people who don’t watch your show.”

Why Stephen Colbert Is a Smart 'Late Show' Pick

As a boy, Colbert idolized Richard Nixon and Geraldo Rivera, and he once spoke of his dream of growing up to become Nancy Reagan. His family heritage was Irish – “I could sit toe-to-toe at a potato table with anybody” – and he remained a lifelong devout Catholic. As he once explained on his show, “Catholicism is clearly superior. Don’t believe me? Name one Protestant denomination that could afford a $660 million sexual-abuse settlement.” But he remained open-minded. “I believe that everyone has the right to their own religion, be you Hindu, Jewish or Muslim. I believe there are infinite paths to accepting Jesus Christ as your personal savior.” 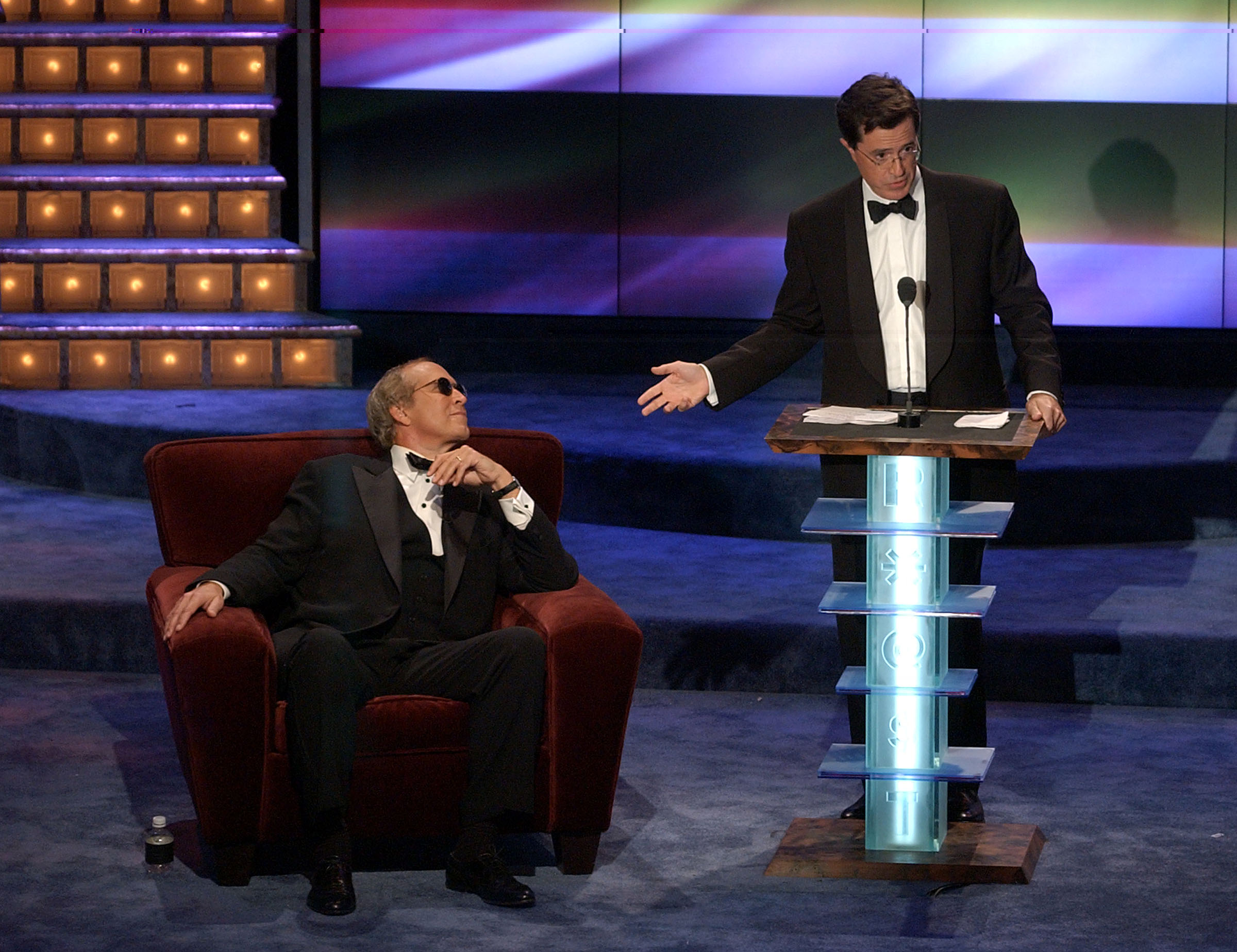 As a child, he pronounced his family name “Coal-bert”; it was only later in life that he adopted the French pronunciation, “Coal-bear.” As he explained, it was all part of his plan to sneak past the gatekeepers of the left-wing media. “It’s a French name, just to get the cultural elites on my side,” he told O’Reilly. “Bill, you know you’ve got to play the game that the media elites want you to.” In 1983, he legally changed his middle name to “Gettysburg Address.”

His rise in the media world was swift and ruthless. Soon after joining The Daily Show in 1997, Colbert attracted national attention for his uncompromising passion for the truth. As he put it, “When I think about truth, I touch myself.” After Jon Stewart took over The Daily Show in 1999, it became America’s most hard-hitting TV news program, with Colbert as its breakout star. (He also stole Comedy Central’s 2002 roast for Chevy Chase, whom he hailed as a “comedy lamprey, just sucking the joy out of everything it touches.”)

As a boy, Colbert idolized Richard Nixon, and spoke of his dream of growing up to become Nancy Reagan.

He was the kind of “Blame America Last” pundit who thrived in the post-9/11 years – able to reduce complex issues to common-sense tidbits, uninhibited by facts. He introduced America to the twin principles of “Truthiness” and “Wikiality,” where anything is true if it feels true, or if someone claims it is, correctly predicting, “The revolution will not be verified.”

If there was a moment when he officially took over as America’s leading political thinker, it was the night he hosted the 2006 White House Correspondents’ Association Dinner, speaking directly to President George W. Bush, who sat with him onstage. “Tonight it is my privilege to celebrate this president,” he announced. “We both get it. Guys like us, we’re not some brainiacs on the nerd patrol. We’re not members of the ‘factinista.’ We go straight from the gut. Right, sir? That’s where the truth lies – right down here in the gut.”

Colbert kept following that gut, and America followed along. He ran for president in 2008, only to be denied his spot on the ballot due to behind-the-scenes manipulations by the South Carolina Democratic Party. He hosted the March to Keep Fear Alive in 2010, and wrote the bestselling manifesto I Am America (And So Can You!). But his greatest achievement was The Colbert Report. There was nothing like it on TV – yet that’s because everything on TV was like it. Colbert was no different from most of his fellow media pundits – he just went a step or two further. In the Colbert era, America got far more Colbert-like, to the point where Congress seems to be reciting his transcripts verbatim. (“Net neutrality is Obamacare for the Internet” – that’s not Colbert, it’s the junior senator from Texas.)

Colbert will be remembered for his personal courage after his 2007 wrist injury, which inspired him to campaign against “wrist violence” with his WristStrong bracelets. (It also inspired him to get addicted to painkillers.) He will be remembered for his tireless crusade against bears. But most of all, he will be remembered for truth. Nobody summed up the current state of the American mind as brilliantly, as honestly, as terrifyingly as Stephen Colbert. It’s somehow fitting that he left us prematurely and under such mysterious circumstances. He will be missed – even if someone very much like him returns to the airwaves in the coming months. Yet the culture of truthiness will survive him. With or without Colbert, we’re all still living in the Colbert era, with no end in sight.