Another season, another batch of Amazon pilots – it’s the gift that keeps on giving. In the spirit of a true democracy (feel free to add your own cynical popular-vote joke here), the streaming service will offer up a number of first episodes for maybe-possibly future shows. The audience gets to decide what series should get full orders. You may get the next Transparent; you may get a burning pile of trash. Regardless, it’s the viewer who gives these would-be TV classics the thumbs up, thumbs down, or sideways-thumbs-across-the-throat gesture. You should feel drunk with power already.

So now that the Class of Spring 2017 has had a weekend to show us what they’re made of, we’re breaking down the five new pilots and assigning them a 1-10 rating. Stoner comedies, shock animation, schlocky superheroes, 1950s Manhattan and London circa 2032 – it’s a wild, weird bunch. Here’s what you can pass on and what you’ll need to pay attention to. Happy voting. 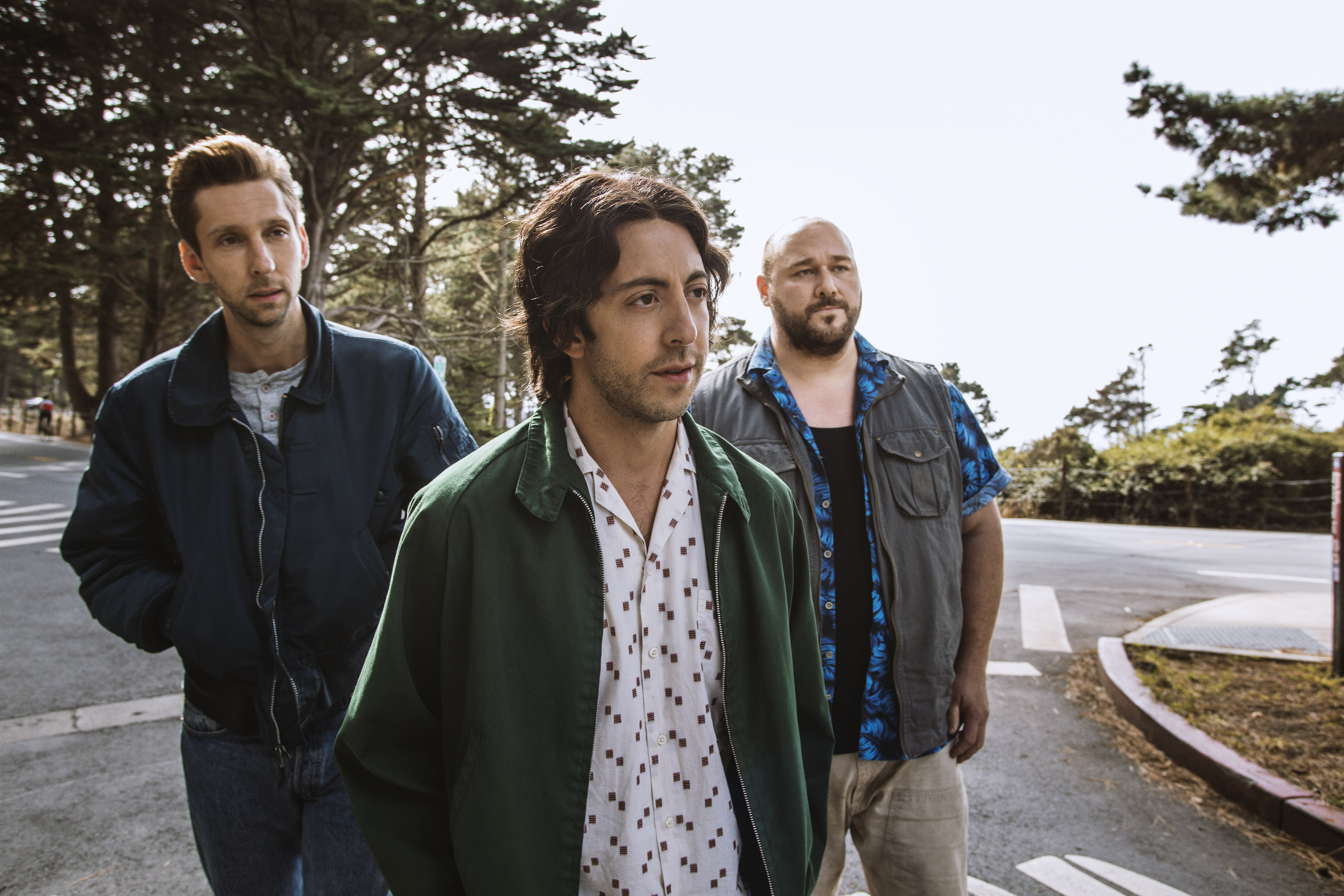 Budding Prospects
Synopsis: Three San Francisco screw-ups (Joel David Moore, Adam Rose and Will Sasso) find themselves in need of new professional opportunities. Lucky for them, an eccentric, well-healed scofflaw (the ubiquitous Brett Gelman) has just the thing: go up North to farm potent strains of pot for him. Green acres, indeed.
Should You Care? Set during a time when a corrupt federal government threatened to defund the NEA (no, not the present day … we mean 1983), Terry Zwigoff’s foray into TV is exactly what you’d expect from the man who gave us Bad Santa and Ghost World: offbeat, misanthropic, occasionally crude and often wonderfully deadpan. The period Bay Area touches are well chosen – nice shout-out to Survival Research Labs! – and even if Gelman’s shtick wears thin immediately, there’s a lot of comic potential here, especially from Mad TV‘s Sasso. Although the pilot is all about the set-up and doesn’t even get them to the marijuana haven by the end of the half-hour, a killer kicker shot suggests a nice, binge-worthy buzz on the horizon.
Rating: 7 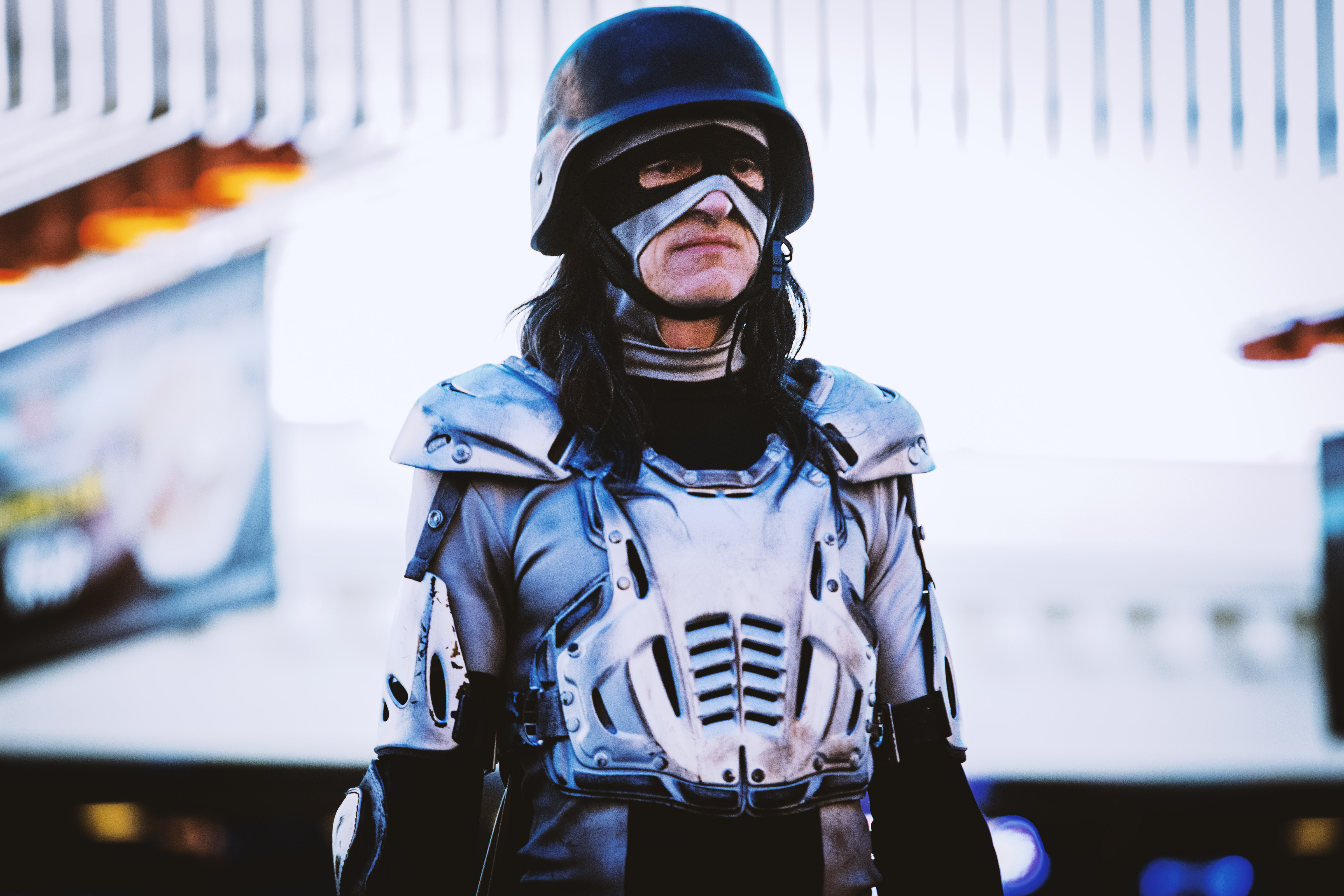 The Legend of Master Legend
Synopsis: Meet Master Legend (John Hawkes): a metalhead fix-it man who, by donning homemade armor, a mask and a motorcycle helmet, becomes the premier crimefighter of modern-day Las Vegas. His only superhero is a dogged determination to keep Sin City safe. If he can stop his non–costumed-crusader life from completely falling apart, hey, that’s a bonus.
Should You Care? It comes from impeccable source material – specifically, our 2008 article on real-life superheroes – but this pilot is more than a little subpar, which makes you wonder how much promise there is in developing this quirky IRL premise into a full series. The fact that it toggles between Legend’s do-gooding and his family’s everyday crises – his ex-wife’s flirtation with a casino co-worker, his teen daughter dealing with her sexual awakening – suggests an oft-kilter look at working-class dreams and aspirations, but frankly, Deadwood‘s Hawkes deserves better than this. Legend’s deeds are noble but his
execution leaves much to be desired. Ditto the show.
Rating: 3 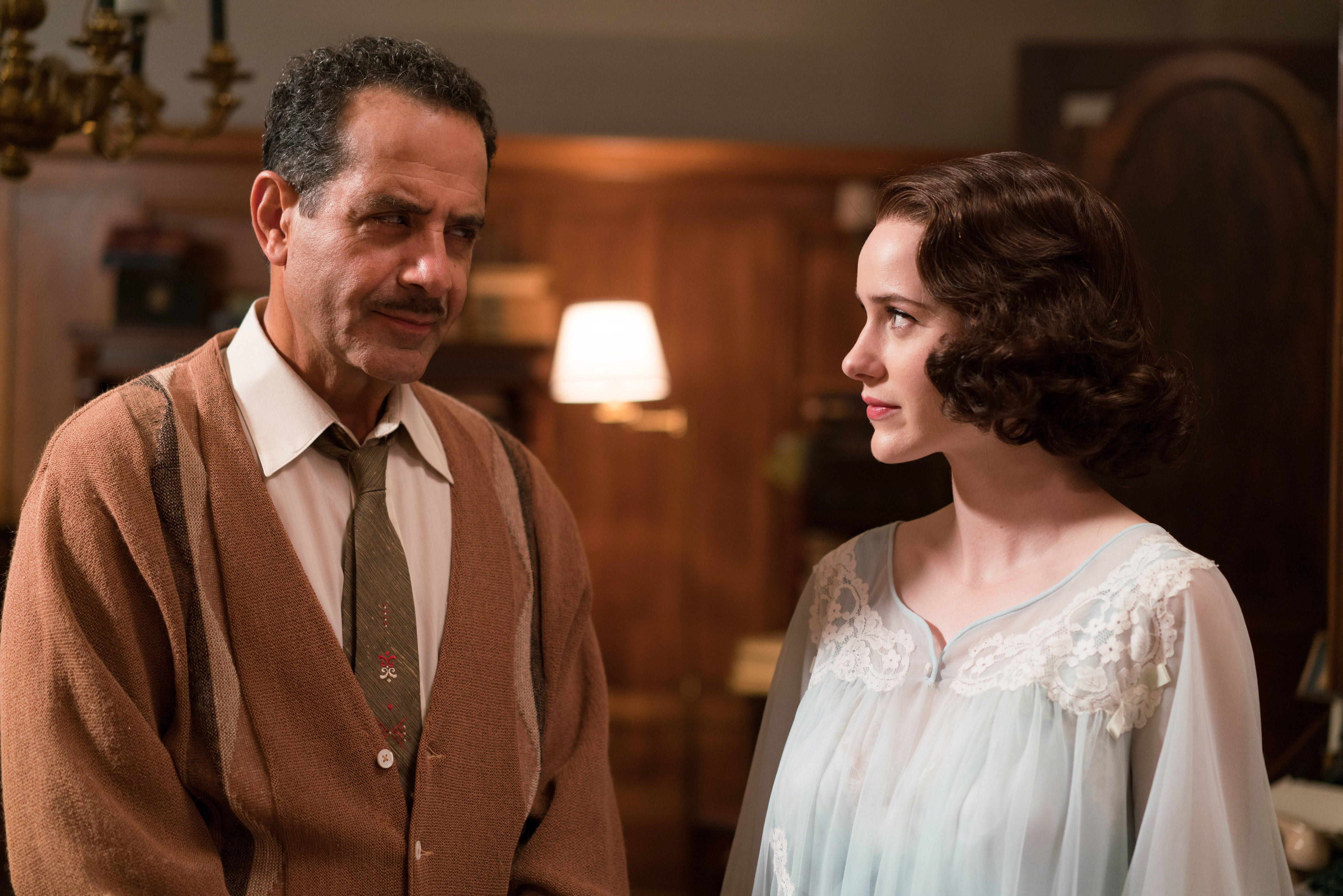 The Marvelous Mrs. Maisel
Synopsis: Miriam Maisel (Rachel Brosnahan) is vying for the title of Greatest 1950s Wife Ever, from supporting her wannabe stand-up comic husband (Michael Zegen) to making sure she’s in full make-up when he wakes up every morning. When the cad suddenly announces he’s leaving her, however, Miriam flips out; one Manischewitz-fueled impromptu set at the Gaslight Café and meet-cute with Lenny Bruce later, our lady of the Upper West Side has decided to embark on her own edgy, in-your-face comedy career.
Should You Care? That depends … do you like Mad Men but wish it had more of that Gilmore Girls’ rat-a-tat-tat banter? Creator Amy Sherman-Palladino gives us a fast-talking, manic pixie Jewess heroine that’s one part Joan Rivers and two parts Mary Richards, then throws her into a nostalgic midcentury NYC that would make the Inside Llewyn Davis production team envious. The cast is heavy on recognizable TV utility players (Rescue Me‘s Zegen, Rectify‘s Luke Kirby, Family Guy‘s Alex Borstein, Monk‘s Tony Shalhoub) but it’s Bresnahan who singlehandedly turns what could have been an overly clever vintage-comedy canapé into a three-course meal. By the end of the hour, you feel like you’ve just watched an actor morph into a small-screen star. She’s gonna make it after all – and we hope this show does, too.
Rating: 8 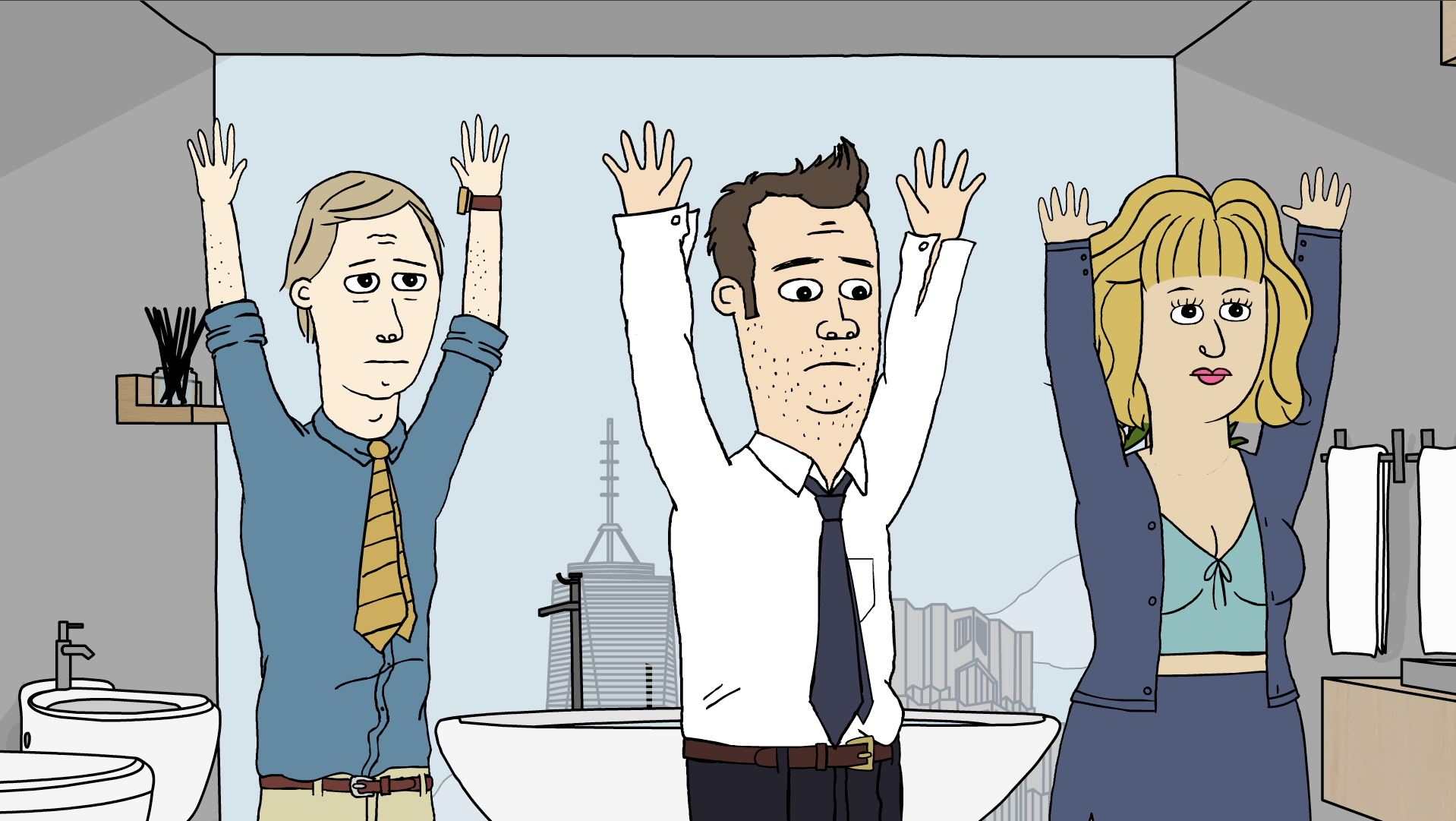 The New V.I.P.s
Synopsis: A group of
corporate-America employees, voiced by sitcom character actors like Creed from The Office and Jean-Ralphio from Parks and Rec, become disgruntled
when their now-foreign-owned company begins paying them in pesos. (Wait, did
Donald Trump write this?) When they confront their boss, who is urinating at
the time, he dies and they attempt to take over his post with a look-alike. Sigh.
Should You Care? In a nutshell: Not really. Amazon is swinging for the
fences for an Adult Swim-style raunchy animated comedy, but this is definition of a swing and a miss. It’s silly, juvenile stuff –
dick jokes are a stronger currency than the U.S. dollar here – that seems
fast-paced but goes nowhere really slowly. Come back, American Dad!, all is forgiven.
Rating: 4 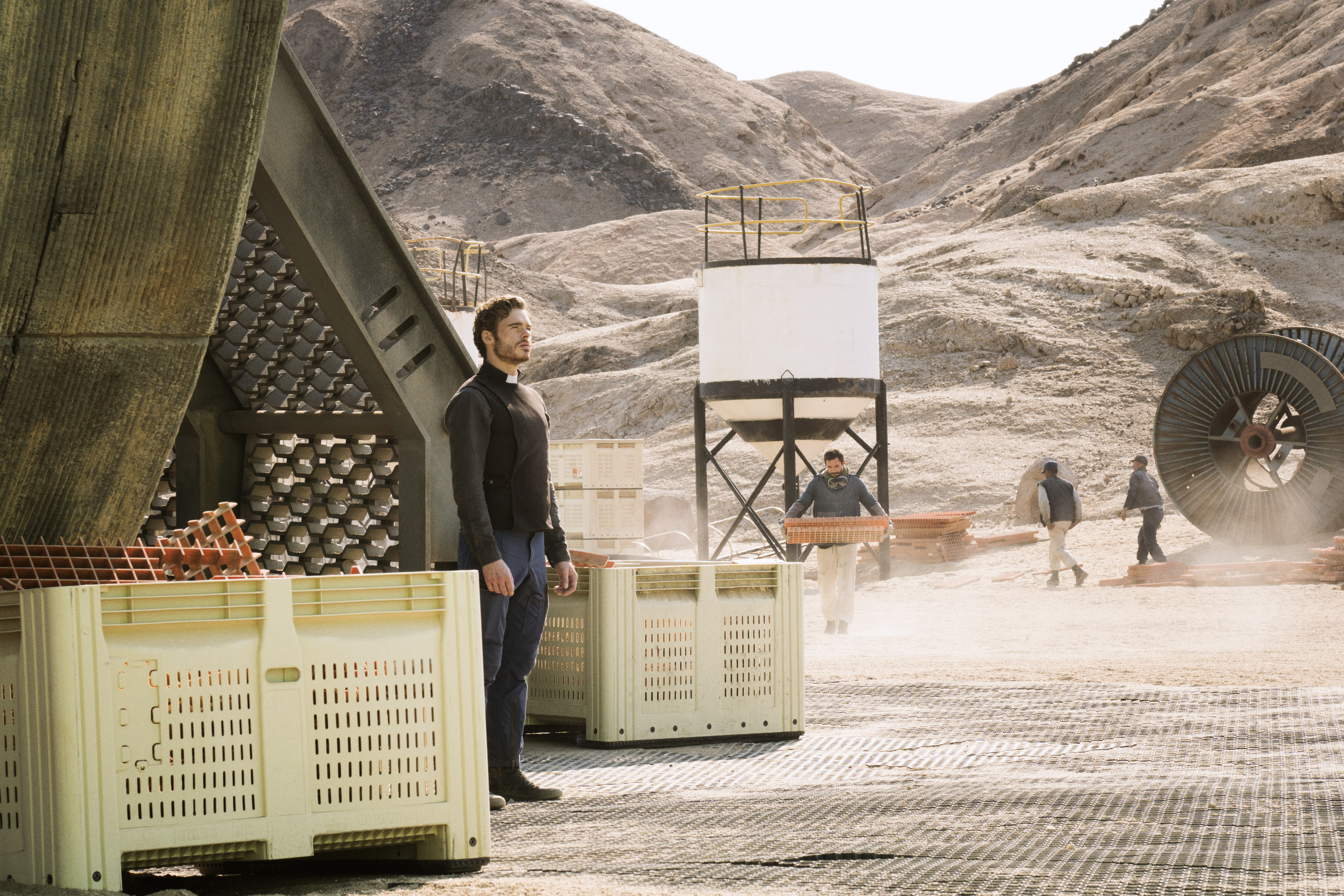 Oasis
Synopsis: By 2032, our planet is in ruins and our species’ future lies in interplanetary colonies. A recently widowed, Earth-first priest (Game of Thrones‘ Richard Madden) is summoned from London to some faraway cosmic outpost due to a spiritual crisis among the galactic pioneers. Quicker than you can say Tarkovsky, our holy man finds a brave new world haunted by … something.
Should You Care?: Fans of writer Michel Faber’s source-material novel The Book of Strange New Things, people who watch nothing but SyFy programming and GoT disciples who really miss Robb Stark are the target audience here; everyone else may feel like this slow-burn space-madness headscratcher simply isn’t their cup of Tang. It’s certainly the only 2017 show in which you’re likely to see both a bearded Haley Joel Osment and a Bollywood star (Anil Kapoor) in the same supporting cast, and Madden makes for an appealing brooding lead. But whether there’s a potential payoff at the center of this moody Mars Needs Chaplains mystery is anyone’s guess.
Rating: 6