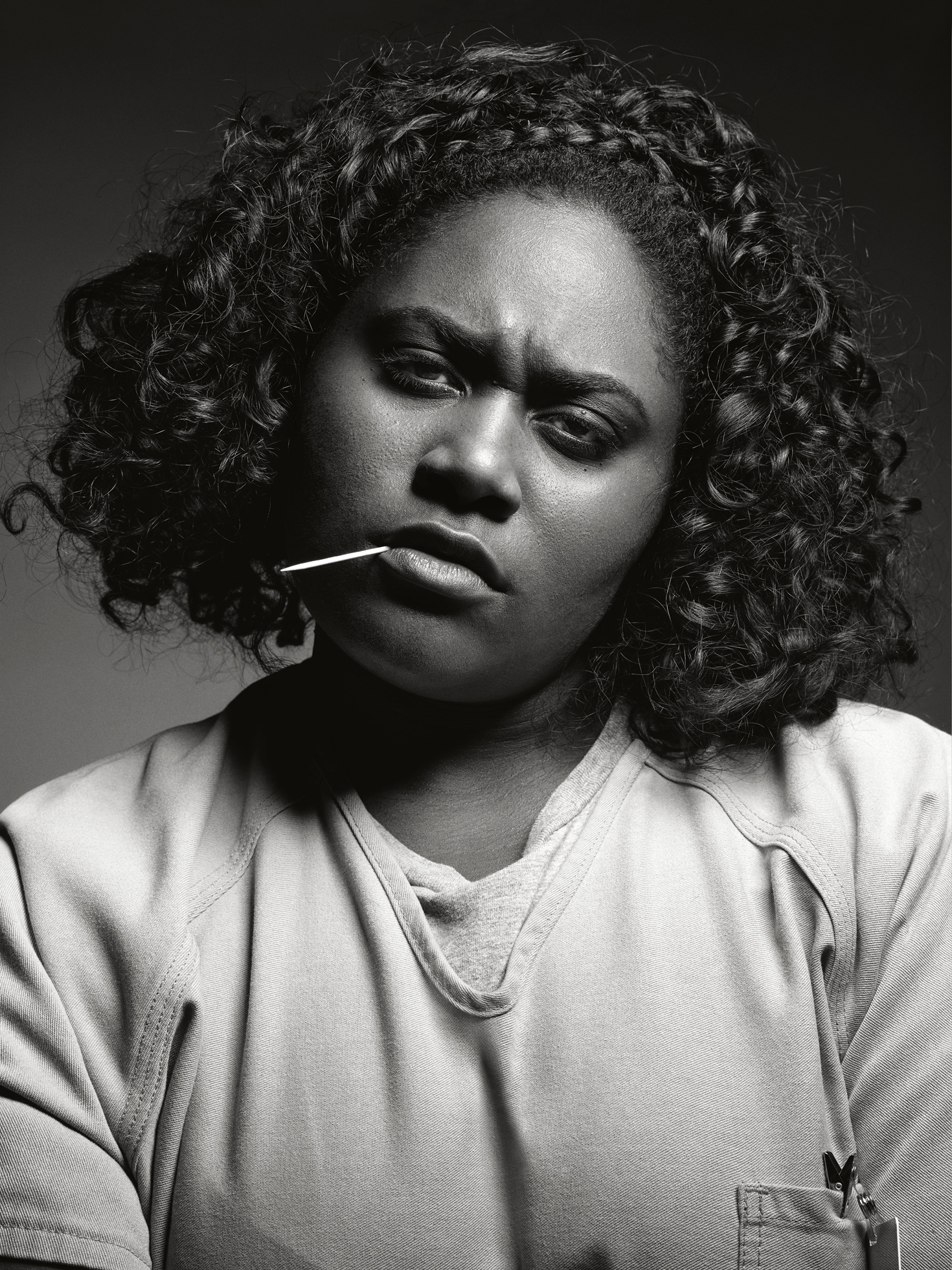 At 25, Danielle Brooks is the self-described “baby” of Orange Is the New Black‘s series regulars. She always knew she’d be on TV; just not this soon. “I thought it was gonna be when I was like 40 years old,” she says. “I started Orange at 22, so that threw me for a loop.” That’s not to say the actress who plays Taystee, Litchfield’s former drug-dealing orphan, isn’t seasoned in her way. “I like to say I have a lot of wisdom. The reason I’ve been so successful at such a young age is that I learned from others’ mistakes. I guess I am more than I thought, too, which is very interesting.”

During our interview with Brooks for our cover story on Orange Is the New Black, she spoke about her Julliard background and how the show’s opened up the TV landscape for all types of actresses.

'Orange Is the New Black': The Tao of Crazy Eyes

It seems like everyone on the show gets along really well.
I think they’re all divas. [Pause] I’m just kidding. You’re right; everyone is very nice, and we are trying to adjust as well as we can. It’s crazy how quickly all of this happened for all of us. Most actors who have this amazing experience, they build to it. They have a show and it comes on once a week, and it grows as the show is on the air. But with ours dropping so quickly — our lives really did change in a matter of 13 hours.

It’s a lot to adjust to, to try to figure out how to normalize your life in some way. Growing up my mother and my dad always told me to hold me head up high, and now I’m holding my head down low so nobody recognizes me at the grocery store.

You went to Juilliard, right?
I did — I’m a theater girl at heart. The first Broadway show I ever saw was The Color Purple. My dad went with me. And he was just complainin’ the whole time because he’s a big guy and he was saying, “These seats are so small.” And I was like, “Be quiet Daddy, you’re messin’ up my experience!”

Is this the kind of experience you’d imagined when you were dreaming about being an actress?
Orange has been a really big gift to me. It’s opened so many doors and I’m grateful that it’s making such a difference in our society in terms of how we treat people. Having a show with women who come in all different shades, different ages, different sizes and we’re so embraced by society — people see themselves within us, and that is such a huge deal. We’re meant to fantasize and want to be what we see on television. That’s what we’re doing with the show: People are falling in love with us for who we are as human beings, not the things that don’t matter.

Yeah, a lot of your castmates talk about the importance of visibility of all types of people — gay, trans, black, Latina — in the media landscape. . .
We’re really changing some things. For African American women, it’s been so cool to see so many black folk on TV! Black people on TV — it’s amazing! Especially when you hear all the controversy about the Oscars and the Emmys, [with] people of color not being nominated. It’s really shedding light on some issues that we have to fix.

Do you have grand plans for what you might want to do next?
I kind of have to just let things happen. I want to do Broadway, still. I want to do the movies. I want to taste everything. Right now I love working on Orange and with Netflix, and there’s other things I want to do, like start a nonprofit organization for teens in communities that don’t have access to the arts. I want to start a clothing line for the curvy woman, the vivacious brickhouse. I wanna leave a mark in the world. That’s my goal: Say that I’ve given something to society that we really needed. I’m still trying to figure out what that is and how I can do it.