'Orange Is the New Black': Everything You Need to Know for Season 4 - Rolling Stone
×

Can it possibly have been a whole year since we last shacked up in Litchfield Penitentiary, with its mattress-less bunks, garden shed full of secrets and Piper’s panties-making empire? If you’re like us, there’s a good chance that you gulped down Season Three of Orange Is the New Black faster than you can say “Admiral Rodcocker.” To say that Jenji Kohan’s addictive prison comedy/drama is highly bingeable is a huge understatement; but the downside is that 12 months down the line, we’re left with a hooch hangover and a blurry memory of what went down at the Litch.

Welcome to the Prison-Industrial Complex
With crooked warden Figueroa (Alysia Reiner) ousted at the end of Season Two and the comparatively levelheaded Joe Caputo (Nick Sandow) in charge, things were starting to get better — for about five minutes. The new boss’ reform efforts were cut short by the bombshell that the Litchfield was slated for imminent closure. Rescue came in the form of MMR, a private corporation that took over from the feds. But the new masters proved to be a thousand times worse than the devil we knew, hiring inept guards, using the inmates for sweatshop labor, and, in the season’s closing moments, turning all the beds into bunks and doubling the prison population. Caputo ultimately sold out for a promotion, which doesn’t bode well for the prison’s (or its inmates’) future.

Piper, Alex and Their Many Issues
Park Sloper-gone-bad Piper Chapman (Taylor Schilling) has been making increasingly Machiavellian choices ever since she landed in federal prison, and last season saw her evolve into a mob don-to-be. At the end of Season Two, she pulled strings to ensure that her newly freed flame Alex (Laura Prepon) wound up back behind bars and by Piper’s side. The two went from hate-sexing each other to briefly straight-up dating; but Piper’s dalliance with new inmate Stella (Ruby Rose) and her ruthless machinations while running a contraband soiled-panties ring led Alex to break things off. Piper sold Stella down the river for double-crossing her, and Alex spent her last moments of the season cornered by a guard under the employ of her former cartel leader, Kubra. We’re pulling for ya, Vause. 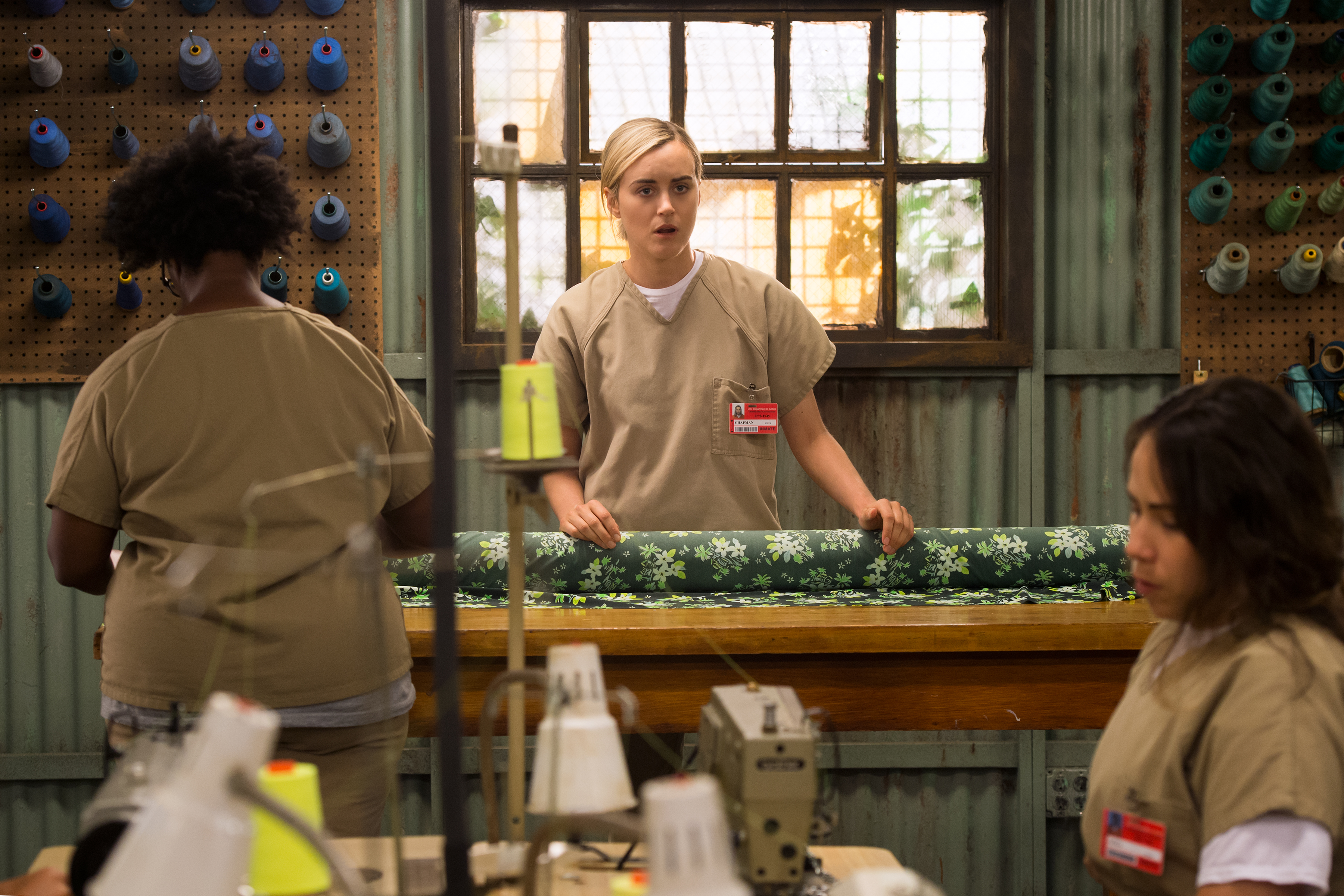 The Dayanara Baby Saga
Ah, Daya (Dascha Polanco) and Bennett (Matt McGorry) — the cutest little couple in Litchfield. Except for that little thing of how she’s an inmate and he’s a guard, and he got her pregnant. Gross. With Daya’s delivery imminent, the question of the baby’s future suddenly became super real. Bennett proposed with a ring made out of gum wrappers (awww!) but bailed after he saw the appalling child-rearing situation at Daya’s stepdad’s house (booo!). After much back and forth with her troubled mom (Elizabeth Rodriguez), Daya opted to leave the child in the care of creepy Mendez’s surprisingly not-creepy mother (Mary Steenburgen) in the hopes of giving her daughter a better life than she herself had. The baby ultimately wound up with Cesar, who got busted for his drug business in the season finale — leaving the kid’s fate very much up in the air.

Kicking Bad Habits — or Leaning Into Them
The biggest shocker of Season Three’s first half came when wisecracking ex-junkie Nicky Nichols (Natasha Lyonne) fell on the sword of her insatiable heroin craving. After a drug-smuggling scheme with slimy CO Luschek (Matt Peters) went south, Nicky landed herself in max and out of our lives. Others had better luck letting go of their addictions. With only two years left on her sentence, Red (Kate Mulgrew) resolved to quit her in-house criminal business and focus on her one true love: cooking. She regained her position as head of the kitchen, eschewing the misery of MMR’s disgusting boil-in-a-bag food by hosting a supper club with vegetables grown in the prison garden. An adrift Poussey (Samira Wiley) sought solace first in homebrewed hooch and then in porn, but ultimately came out the other side of her dark tunnel. She rescued the equally depressed Soso (Kimiko Glenn) from an overdose, and the two were last seen holding hands. Hope springs eternal. (We still want Nicky back, though.)

Suzanne, Taystee and the Post-Vee World
Taystee (Danielle Brooks) and Suzanne “Crazy Eyes” Warren (Uzo Aduba) both lost a mother figure at the end of Season Two when the diabolical Vee became a casualty of Rosa’s epic van escape. (R.I.P. to the both of them.) Suzanne’s method of coping? Penning a deliciously bizarre sci-fi porn saga called “The Time Hump Chronicles,” which became a cult sensation in the Litch before the guards got wind and put the kibosh on it. For her part, a liberated Taystee found herself unwittingly becoming the new “mom” of Vee’s old gang — and she’s a far more benevolent den mother than her predecessor.

We’re Very Worried about Sophia and Pennsatucky
Who’d have known in Season One that the murderous right winger Pennsatucky (Taryn Manning) would become one of the most sympathetic characters on OITNB? Last year, a decidedly mellowed-out Tucky struck up an unlikely friendship with Big Boo (Lea DeLaria) that expanded her heretofore narrow horizons. She was well on the road to normalcy — and dental hygiene — until she was raped while on van duty by a slimy CO (James McMenamin). Because the world is horrible. With Boo’s help, she sought revenge; but the two stopped short of doing violence. Elsewhere in the Litch, transgender inmate Sophia (Laverne Cox) became embroiled in a feud with Mendoza (Selenis Leyva) that led to the former becoming a pariah — and soon after, the victim of a hate-fueled assault. When she sought protection from the system, terrible MMR responded by placing her in solitary confinement “for her own safety,” despite Caputo’s efforts to overturn the decision.

Faith, Cults and Baptisms
Belief — or lack thereof — was a major theme in Season Three, as the inmates struggled to find something to cling to amidst the aggressive hopelessness of life in the slammer. Mute prisoner Norma (Annie Golden) came to the forefront last year as a charismatic cult leader — which tracks, since she was jailed for murdering the leader of a cult she was once a part of. Her following included the Amish-raisd Leanne (Emma Myles), who used her position to bully the group’s other members. Meanwhile, Black Cindy (Andrienne C. Moore) set out to convert to Judaism — first as a ploy to gain access to the far tastier kosher meals in the cafeteria, but ultimately out of genuine interest in the religion. The season culminated in the Litch’s sundry inmates escaping through a hole in the fence to a lake behind the prison, engaging in a sort of communal baptism — and in Cindy’s case, a mikvah to complete her conversion.