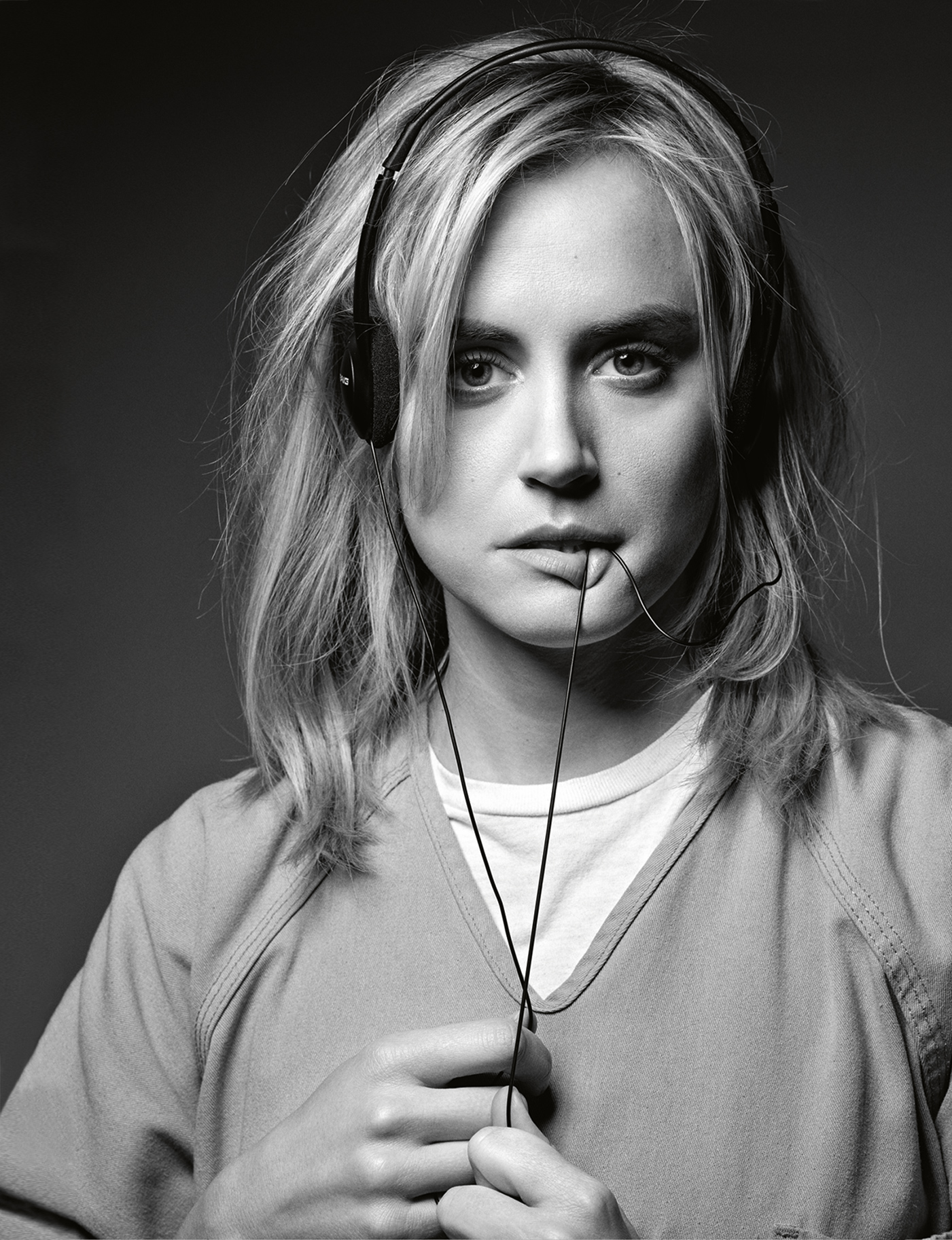 Taylor Schilling may have gotten famous on the Internet, but the 30-year-old star of Orange Is the New Black prefers old-school, intimate interaction, thank you very much. About doing press, she says, “Every time I sit down to do an interview with someone, it’s kind of weird. Because if I was talking to you like a friend or getting coffee it would be a completely different conversation; it’s always a strange line to toe.” One thing that the Netflix star is comfortable sharing with the public (in addition to: “I don’t have children. That was a tidbit”) is that her reservedness extends only to strangers. “In my relationships in life,” Schilling says, “I have certainly found that as I can share more of myself, my work feels clearer and then my relationships in life feel clearer, too.”

'Orange Is the New Black': The Rolling Stone Photo Shoot

During our interview with the actress for our Rolling Stone cover story on OITNB, we decided to grill her about her beef with social media and how being a celebrity in the Age of Oversharing has become way too complicated.

So you’re not the world’s biggest fan of the Web?
Sometimes I have a conflicted relationship with social media, I guess is more of the thing. But the Internet is great.

What sort of conflict are you having with social media? Are you guys in a fight?
Yeah, we’re working out our differences. We’re totally in therapy. Personally, I think there are some people who are really suited towards seeing the world very observationally [so] it’s a really creative outlet. I just am not as good at it.

As good at doing it or as good at living with it?
Both. It stresses me out also. I prefer more one-on-one interactions about what people think of me, or how things are being impacted. I don’t quite know how to interact with people [online]. It just makes me a little uncomfortable; I feel a little exposed, to be honest with you.

As a person who is on TV, would that not be the case either way?
Well, it’s not like: Let’s watch an hour of Taylor Schilling talking about herself and observing her life. It’s a totally different thing. But your question is exactly what I think the issue is because it confuses the idea of my job, which is being an actor, and then thinking that me being on TV for an hour is the same as me tweeting about my life.

If there was no Internet and you were on broadcast television, the guy at your deli would still be like, “I know you!”
I love that. I talk to the guy at my deli actually all the time about the show and what’s happening and who his favorite characters are. He really still likes Pennsatucky more than me, which is one of the only people that I’ve met that feels that way.

So you don’t participate in the Age of Oversharing just because you don’t want to.
Yeah. It does not add to my day. You know? It’s not like, “Oh, I can’t wait to tweet.” I’m like, “Oh my God, I have to think of something clever or smart to say.” It feels like pressure — it does not feel like fun to me. Maybe that will change and if we talk again in a year or something I’ll have had an epiphany and be much more cavalier about the whole thing. I’ve reserved the right for that to happen 110 percent. But it’s really good when I’m around all these girls that I love, these Orange girls, because they are so good at it. I’m like “Oh, I’ll tweet out that photo also. Sign me up!” I feel very new to this whole game of how to have a public life and also a personal life. I’m still feeling it out. It’s a constant negotiation.