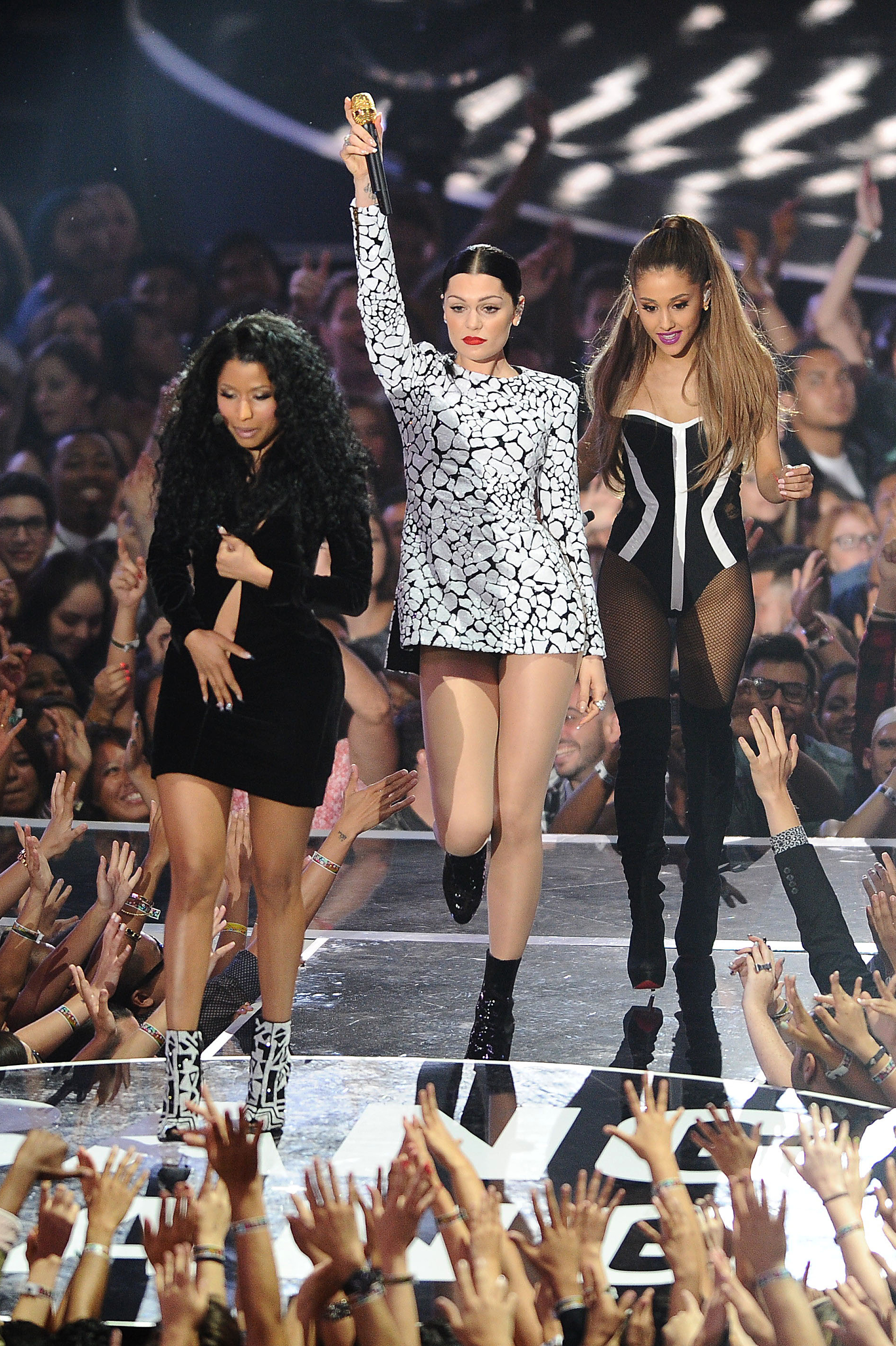 Five months ago, MTV reached out to Nicki Minaj, hoping to get a follow-up to 2010’s My Time Now, a documentary in which the rapper showed herself to be a hard-working but fun pop star ready to take over the world. She refused to drink pickle juice, she laced her family with Jordans, she wore colorful wigs – a sequel would probably display more of the same. But this Sunday, the cameras show an entirely different Nicki, one who is successful publicly but privately reeling. Here, a preview of the top five highs and lows from My Time Again‘s emotional roller coaster:

HIGH: The moment before “Anaconda” goes live
The camera opens on Nicki in a rehearsal space, saying a line she’s probably said to dozens of interviewers over the years: “I haven’t gotten to where I want to be yet, I haven’t. . .um. . .” Nicki’s phone starts ringing and her eyes roll off in an entirely different direction, in complete relief, as the person on the other end tells her the music video for “Anaconda” is ready to go live. Her backup dancers are invited for an impromptu screening, where a jaw or two drops open. She cracks jokes about her time working at (as she pronounces it) “Red Lob-ster,” but soon she’s back cha-cha-ing across the room while rapping the entire second verse in one breath. She then dramatically collapses into a chair: “Darling, it’s too much!”

19 Nicki Minaj Songs That Paved the Road to ‘The Pinkprint'

LOW: The VMAs, from beginning to before-the-beginning
“How much of a failure am I?” Nicki sinks into the wrong side of the couch, despondent. “I ruined Jessie J’s performance.” She’d just gotten offstage at the VMAs, where – because of a timing issue, a wardrobe issue and a whole host of other issues – she’d been forced to perform with her hand over her chest. She says, “[At that moment] I can’t see anything. My team can’t see me. They’re just holding a black sheet around me. Everything was in slow motion.”

Minaj’s handling of the mishap impressed one of her peers (“Beyoncé told me, ‘As an entertainer, I gained so much more respect for you because of that'”) but that’s little solace to someone who still has to deal with questions as to whether she’d arranged the malfunction as a publicity stunt. (Her response: “Oh my God. Only people that would say that are people who don’t know me. I would never do that.”) If there’s one thing to be taken from the documentary, it’s that Ms. Minaj is in control of her whole operation. Even in rehearsals, when a camera-unready anaconda bites one of the dancers, the rapper calms her down – at least after she emits an initial “Oh my God!”

HIGH: Going home to Queens
This year, Nicki moved back to the East Coast, where – she’s glad to note – she can drive and see her family. “It just does something to me,” she says, her throat stiffening. Here, she’s offered the rare opportunity to go to her nail salon, run by Joy and Simon, who still have her “ugly” picture framed. Joy won’t accept Nicki’s money, even when she tries to leave a wad where Joy can’t grab it, then Nicki points out the corner where she once sold mixtapes and where crack dealers sat, their crates all in a row. She gets to sit with best friends Tyesha and Iesha Kollore – and their grandmother, who never approved of Nicki’s boy-toying and cursing but will still pair with the rapper to win a game of spades. It’s the happiest she seems in the entire hour-long doc.

HIGH: Being around children
“I saw you! On the highway!” There’s a child in Nicki’s lap. “Oh, you saw me on a billboard?” the adult deduces. “Wow! And now I’m here!” Nicki’s maternal instincts are often on display, as when she stops her driver in order to sign autographs for a group of Queens kids, rolling down the window one last time to urge them, “Stay in school!”

This is countered by a mention of an ex-boyfriend, Aaron, and the abortion she had at age 15, half a lifetime earlier. “We made a terrible mistake,” Minaj says, the song “All Things Go” playing in the background. “We had to pay for it.” Here, she sets a timeline, marking down that in four years, she’ll be a mother, “breastfeeding my baby” and preparing her sixth album.

HIGH: Eating donuts
“I didn’t want to make an album that was fake happy,” Nicki says after facing a particularly tough and personal line of questioning. Moments later, she inhales a box of donuts: “This is the only thing that makes me happy.” She closes her eyes. “Heaven.”

HIGH/LOW: Putting out her album/Emerging from a breakup
Toward the end of the reel, Nicki says that the best part of 2014 was putting out this album – the worst was going through everything that inspired it. This is referring mostly to her separation from Safaree Samuels, a constant companion over the past 11 years but a blip in this documentary. “The brokenness is OK as long as it inspires people,” she says, unconvincing. “I didn’t know when making this album it would be such an emotional roller coaster – I just wrote my life. I was in this long 11-year relationship and was proposed to. I kept telling him, ‘let’s hold off.'”

Not much is said of their fall-out, but she does suggest that he was changed by the industry and by the need for “material things.” And so Minaj put out an album she’s immensely proud of, one she feels bests the competition. “If motherfuckers can’t get halfway through my verse without doing the stinkface. . .” She goes silent, because, like, how could they?