Hodgson and Ray will live-riff side-by-side during each show, cracking jokes about Canadian horror film The Brain and (in select cities with two performances) fantasy film Deathstalker. Tickets for all shows go on sale Friday, June 8th at 10 a.m. local time via the AXS website and local venue box offices.

“The craziest and most exciting thing for me is that I am putting on my old jumpsuit and will be riffing live, shoulder to shoulder with Jonah, Crow, and Tom Servo for two incredibly strange feature films,” Hodgson said in a statement. “I’m going to have to go into training to get caught up to the skill level of Jonah and this new cast. If you saw last year’s tour, you have some idea just how talented these young movie riffers are.”

The cast teased the tour in a goofy promo video, previewing Hodgson’s “return to Earth” in the classic red jumpsuit. The 2018 jaunt follows their debut “Watch Out for Snakes! Tour” from last year, which featured video appearances from Patton Oswald and Felicia Day, who both appear in the show’s Netflix reboot.

The streaming service announced in November 2017 that it renewed Mystery Science Theater 3000 for a second season, set to arrive in the “not-too-distant future.” 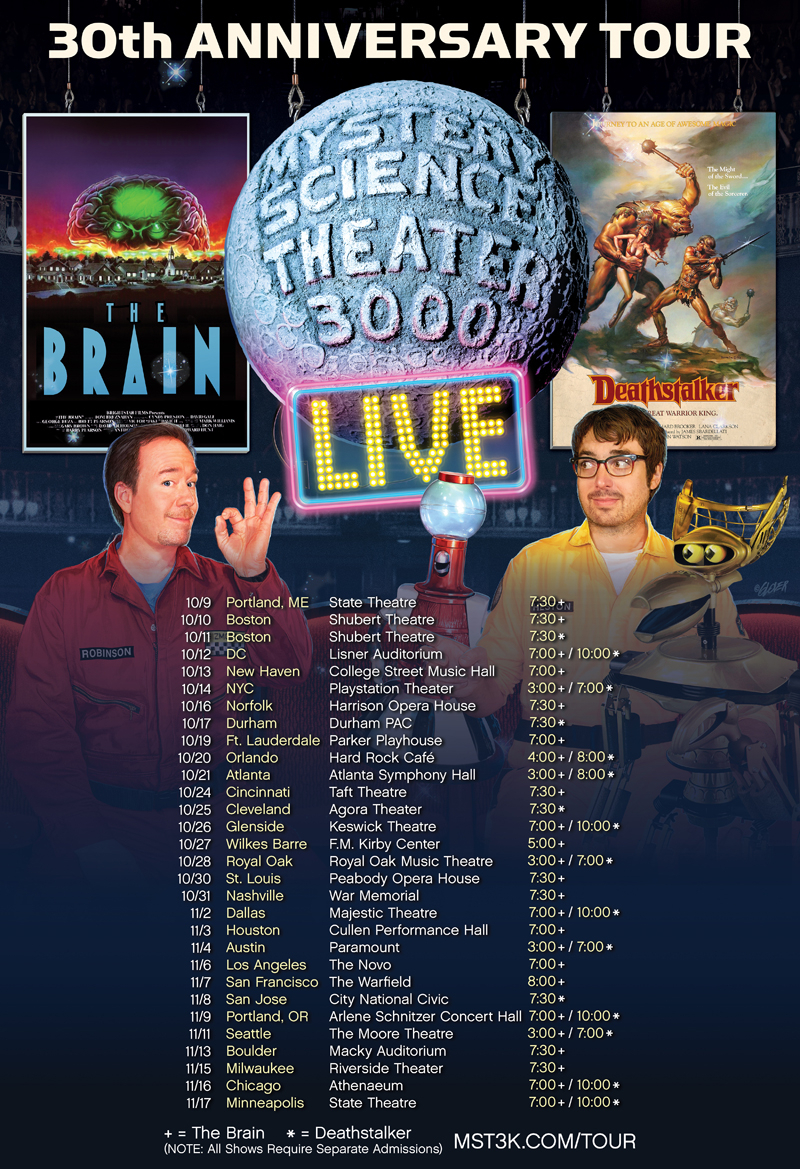