People tend to be too serious about sports. Avid fans might tell their loved ones to not bother them during the game or not to belittle them while they sulk over a tough loss. It’s never “just a game,” after all – but while we don’t joke about sports, that doesn’t mean we can’t laugh about them either.

Matt Walsh knows that as well as anybody.

Walsh, a founding member of the Upright Citizens Brigade troupe, is a lifelong fan of the Chicago Bears. He’s so serious about the team that, in 2009, he even started a podcast about them with friend and comedy writer Scot Armstrong. In early episodes, the pair and their comedian friends didn’t attempt to make a ton of jokes about the team or the NFL – but as you can imagine, that soon changed. Eventually, comedians like Horatio Sanz and Ike Barinholtz would stop by and do characters, until the podcast was barely about the Bears at all. That’s why Walsh – who you may recognize from his role as Mike McClintock on Veep or as the no-nonsense doctor in The Hangover – recently relaunched the podcast as UCB Sports & Leisure.

But as he tells Rolling Stone, that doesn’t mean he’s stopped caring about the Bears – if anything, even the slightest distance from the Monsters of the Midway has made his heart grow fonder.

‘Bear Down’ started as a legit Bears podcast – how did it become ‘UCB Sports & Leisure’?
We started it because there weren’t any good podcasts about the Bears. We had a lot of friends in L.A. that were Bears fans and because we’re all comedians, we just started impersonating sports personalities we don’t like: Brett Favre, Tony Romo, Jerry Jones. From there it just expanded to anyone; Ike Barinholtz would come in as a Vikings fan; Horatio Sanz was a regular of ours and he’s on the UCB Sports & Leisure podcast, he plays one of those soccer announcers who gets really excited, and we pretend to pull up archives of things he broadcasted, like a rhinoplasty surgery or a sex-change operation.

Certain Chicago guys played characters but I guess we just got out of the microcosm of the Bears. We’d talk about them a little bit but because we were sort of year-round, there wasn’t always news, and we still liked getting together so we just did “sports comedy.”

So you retired ‘Bear Down,’ but then immediately came out of retirement with a podcast that’s different – but the same?
Yeah, we did our final Bear Down, but the new show, UCB Sports & Leisure, just came out. That’s covering the wide world of sports much in the way that Bryant Gumbel or Bob Costas might. In the sports world and in the leisure world. A lot of people don’t cover leisure, we’re going after it. Like Jon Gabrus played a character named Johnny Pastimes, who was in the sports memorabilia world, and he’s a collector’s collector. Like he had the stick that hit Nancy Kerrigan in the leg, and it’s been signed by Wendy the Snapple lady and George H.W. Bush, and his argument is that the more signatures you can get on anything, the more value it has; even unrelated to sports or the object.

Marijuana has been a hot topic of discussion in the NFL recently with stories around Laremy Tunsil and Josh Gordon among others. You’ve made some ‘stoner comedies,’ like High Road. What do you think of the NFL cracking down on weed?
I think weed is much less harmful than prescribed pills, honestly. There’s probably more pain medication that’s hurting NFL athletes than marijuana. It’s hypocritical. Beyond that, there are other behavioral issues that need to be worked out as well, but I personally think it’s a fairly harmless recreational drug. Especially with hydrocodone abuse and Vicodin, those pills are worse by far. A lot of that happens in the NFL.

What is the biggest issue plaguing the NFL right now?
Concussions are a huge issue but I don’t know how that sport is played to get away from concussions. Maybe if they had better technology in the helmets and didn’t let guys with concussions go back into the game. They reduced contact during the week, which is good. And I hope they don’t make it an 18-game season or expand to getting a Euro team. I guess if guys are committing crimes they should lose their ability to play football. Let’s be strict about it. Be evenly enforcing this stuff. Don’t randomly drug test the third-string punter and leave the stars alone, do it as fairly as possible.

Let’s get back to the Bears. What did you think of their draft?
I really liked it. They got another running back [Jordan Howard] late in the draft, which I like. Jeremy Langford is great but it’s nice to have somebody else. They had some problems at safety and it seems like all teams draft cornerbacks; it’s a high-injury position and you never know what you’re getting. And then they shored up the line again because the line was pretty good last year, but it’s always wise to invest in the offensive line. I think there were still a lot of good defensive guys in the second round, but I think they still got a good pick [Cody Whitehair]. Then they got some random receiver too [Daniel Braverman], so that’ll be interesting because I think receiver is one of the strengths that they have. I’m very happy that they loaded up on big bodies on the defensive side and some cornerbacks and safeties. 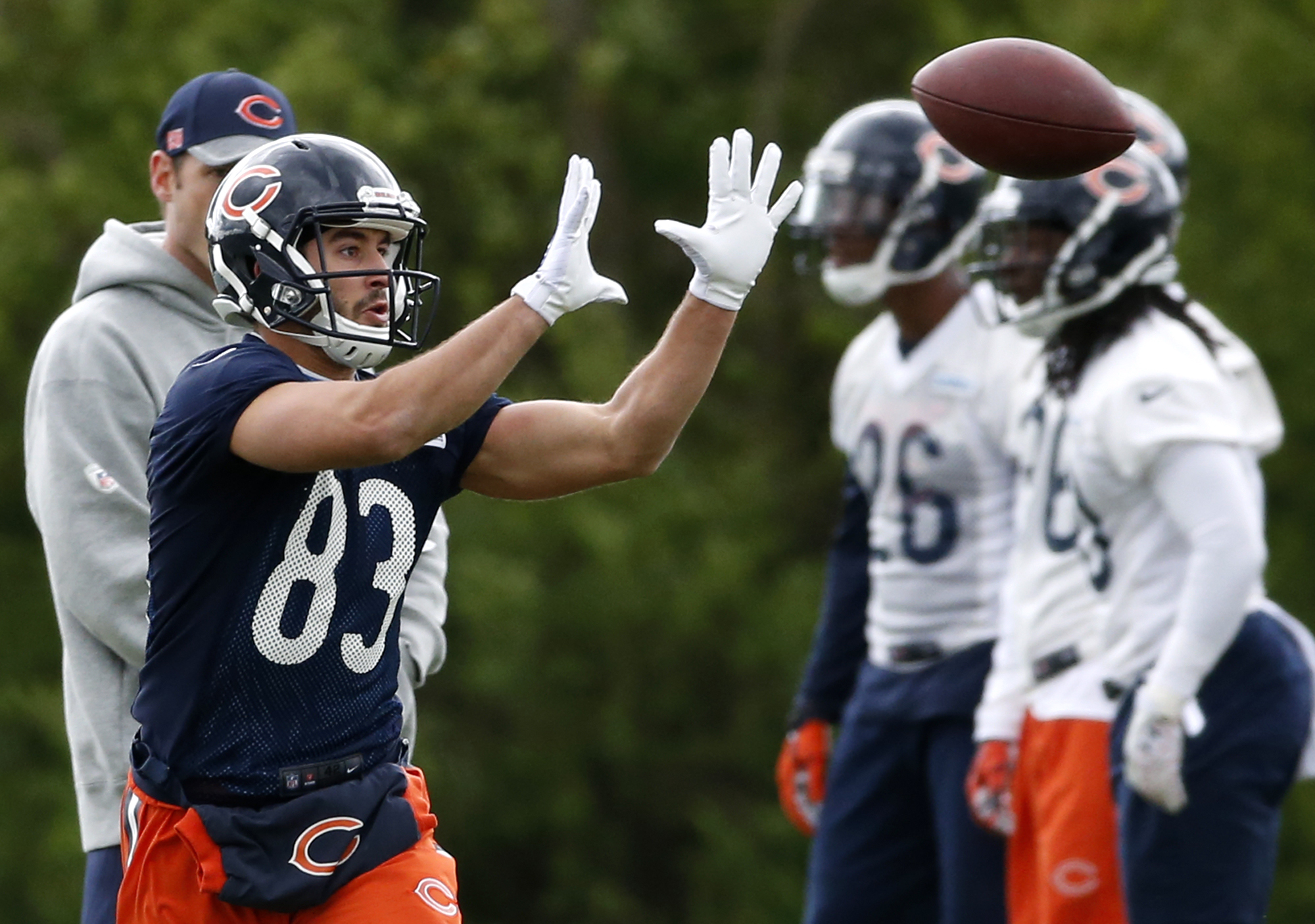 It seems like we have to ask this question to Bears fans every year, but what do you think of Jay Cutler?
I think he’s in a good offensive scheme. He always had potential but he can be moody, basically. I think last year was one of his better years and it remains to be seen what Cutler we get next year. The Bears have never had great quarterbacks. We’ve never had a thrilling offense; it’s always been like that defensive monster team. Jim McMahon was good, but that was short. So it’s unusual to have a real passing offense, but Chicago has adjusted to the modern era, I guess. I think he’ll be in the middle of the pack, unless he has a terrible interception season, which he’s capable of.

You mentioned that he’s ‘moody’ and he gets a lot of flack on the Internet for that. Does he deserve it?
I think he probably deserves it, yes. He doesn’t make a good first impression and there’s been some players in the locker room who came out after playing with him and said they didn’t really like him. I mean, he’s not a guy that the team rallies around but at the same time, he’s probably the best quarterback we’ve had in a long time, so it’s tricky. He’s always pissed-off, he’s always in a bad mood. It’s hilarious.

Speaking of the Bears’ history at quarterback, just give me a quick sentence on these former QBs: Kyle Orton
[Laughs] Neckbeard.

Brian Griese.
No memory. I blacked it out.

Jim Miller.
Who? Was he like the 40-year-old? He was a little too old and should have been a quarterback coach.

Jim McMahon.
Just heartbreaking. So much talent, so much will to win, so much fun, and unfortunate injuries. He was slammed to the ground that was just egregious. In his prime, so exciting and amazing, I wish we had more years with him.

Jim Harbaugh.
I used to see him eat pizza when I was delivering pizzas in Chicago. He would eat a pizza by himself. 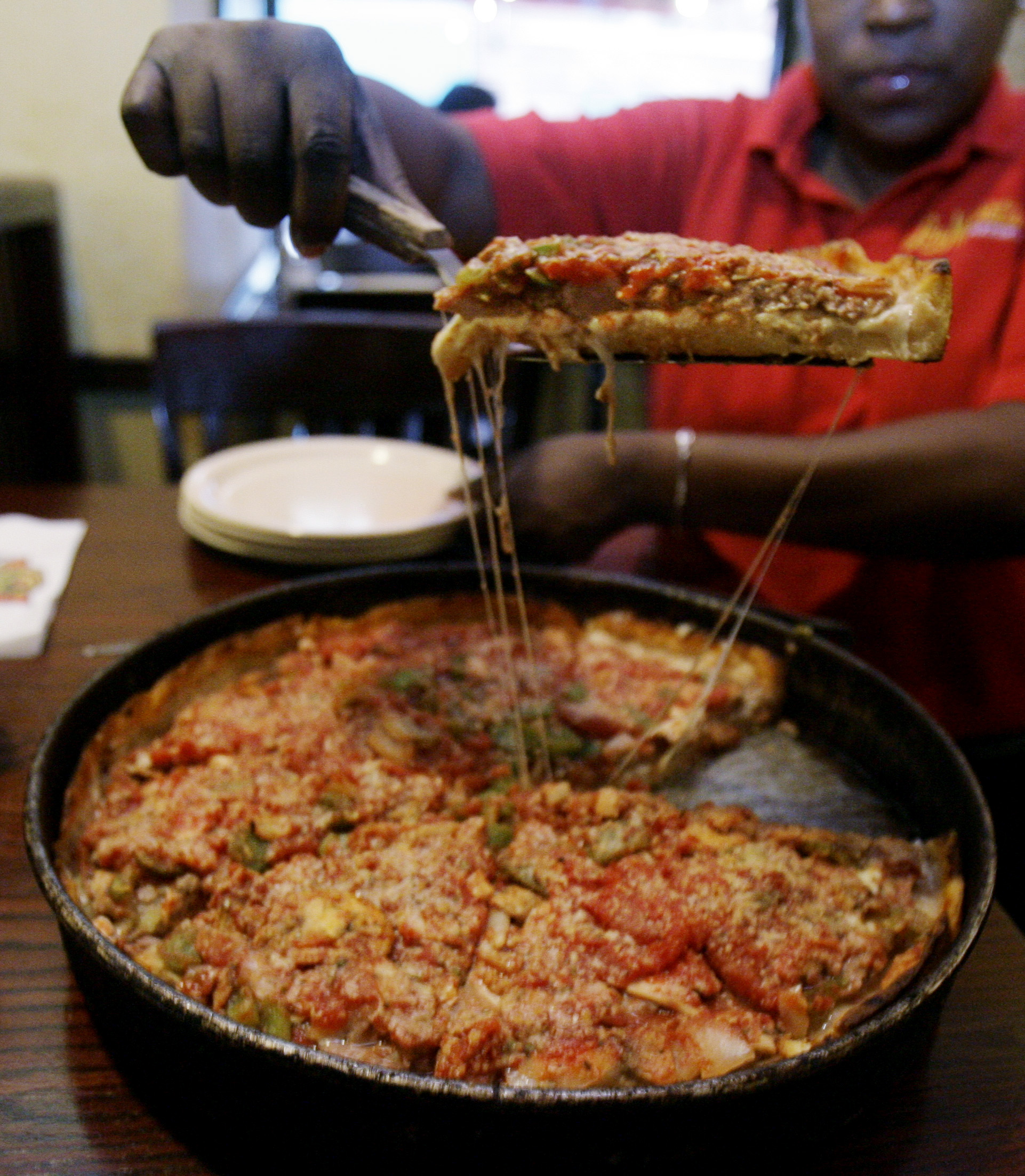 Quick aside, because I have to ask: What’s the best pizza in Chicago?
I’m a Lou Malnati’s guy. And not the one that has tons of sausage, but cheese and maybe some mushroom and spinach on there. And for thin crust, Aurelio’s.

Do you have any favorite sports movies?
Semi-Pro, ’cause I was in it. The Longest Yard. Not really sports-sports, but Breaking Away. Hoosiers was great. Rudy was delightful. Remember the Titans was good.

‘Semi-Pro’ was written by Scot Armstrong, the co-host of ‘Bear Down’ and ‘UCB Sports & Leisure.’ How did you guys meet?
Yeah, Scot came out of Chicago too and we became friends in New York through UCB, he was performing there, and then I was hired to be in one of his movies by Todd Phillips, Road Trip. Then we just started hanging out through UCB and the movies he had written, like Old School, Scot had written a nice part for me. He’s probably a little bit more of a Bears obsessive than me. I’m a Bears fan, but he goes deep on stats and is a little more knowledgeable. But we’d always take road trips to Bears games in San Diego or San Francisco, or we’d take our fathers up to Green Bay. That was kind of how the idea for the Bear Down podcast started. We both took our fathers up to Lambeau and on the ride home we sort of hashed out the idea. “Why don’t we just do our own Bears podcast?”

Who is your favorite and least-favorite Bears player of all-time?
Sweetness. And Patrick Mannelly, a long-snapper that played with us for like 13 seasons. Least favorite? Who do I hate? I would go late-half of Ditka’s career, I have hatred for him the way he botched those seasons after the Super Bowl. Not the Super Bowl year but with that lineup, he got distracted by celebrity and he forced Doug Flutie in for the playoffs. Apparently Mike Tomczak stole signals when he went to play for the Packers. We don’t like him.

What would you say to Matt Forte, if you could?
Thank you for being awesome, sorry we couldn’t keep you. I’m happy that he got picked up and I hope he has a great year. He was awesome, he’s such a workhorse; he could do everything and was always at the top of the division every year. And seemingly a great dude. I never met him but everybody liked him and he was funny too.