'Making a Murderer,' and the Huge Problem of False Youth Confessions - Rolling Stone
×
×

Much of the conversation around Making a Murderer, the sensationally popular Netflix documentary series that came out last month, has revolved around the question of guilt or innocence. The filmmakers portrayed a miscarriage of justice at every level, from the police officers who repeatedly showed up to a crime scene they weren’t involved with, to the prosecutor who said it “shouldn’t matter whether or not” evidence was planted. And while the question of “Did he or didn’t he?” is keeping viewers’ attention, the real value of Making a Murderer is how it reveals that whether or not Steven Avery and Brendan Dassey are guilty, the criminal justice system was not equipped to give them a fair trial.

'Making a Murderer': 10 Questions We Still Have

Those systemic injustices are the true story of Making a Murderer. And one of them — the seemingly coerced confession from a juvenile, obtained without a lawyer and used to put 16-year-old Brendan Dassey in prison for life — is a practice so common that one study found that almost half of juveniles who were later exonerated had given false confessions.

“The tactics that you see on the [Dassey] interrogation tape are all too common,” Dassey’s attorney, Laura H. Nirider, tells Rolling Stone. (Nirider is a project director at the Center on Wrongful Convictions of Youth.) “They were designed originally for seasoned adult criminals, and what you see on the tape is them being used on a 16-year-old with intellectual disabilities. As a result, you see these powerful psychological tactics designed for adults absolutely steamroll Brendan.”

Those tactics, explains Barry Feld, author of Kids, Cops, and Confessions: Inside the Interrogation Room, can include confrontation, manipulation, aggressive questioning and lying about evidence. “When they’re used on kids, they can be even more effective,” Feld says. “Kids don’t have the same life experience, the same understanding of their rights or understanding of the legal process.”

Feld says children are even less aware than adults of their Miranda rights — crucially, their right to have a lawyer present while questioned. In his book, he writes that while 80 percent of adults waive their Miranda rights when questioned by police, 92 percent of young people do. “They’ve given up the only protection they have in the interrogation room,” he says. The inherent power discrepancy between children and adults is augmented when the adults are police officers. Added to the fact that the vast majority of states don’t require police to even notify parents that their child is being questioned, and it begins to explain why young people are so disproportionately represented in false confessions.

“When we look at wrongful convictions and DNA exonerations, there’s a strong age skew,” says Feld. “Younger kids are more likely to confess falsely than adults. Within the population of juveniles, 14- and 15-year-olds falsely confess at higher rates than 16- and 17-year-olds.” The same study that found almost half (42 percent) of exonerated juveniles had given false confessions — compared to only 13 percent of exonerated adults — also found that the number was much higher for those under 15. A staggering 69 percent of youth ages 12 to 15 who were exonerated had given false confessions. A different study found that of 125 proven false confessions to murder and rape, 32 percent of them came from juveniles. 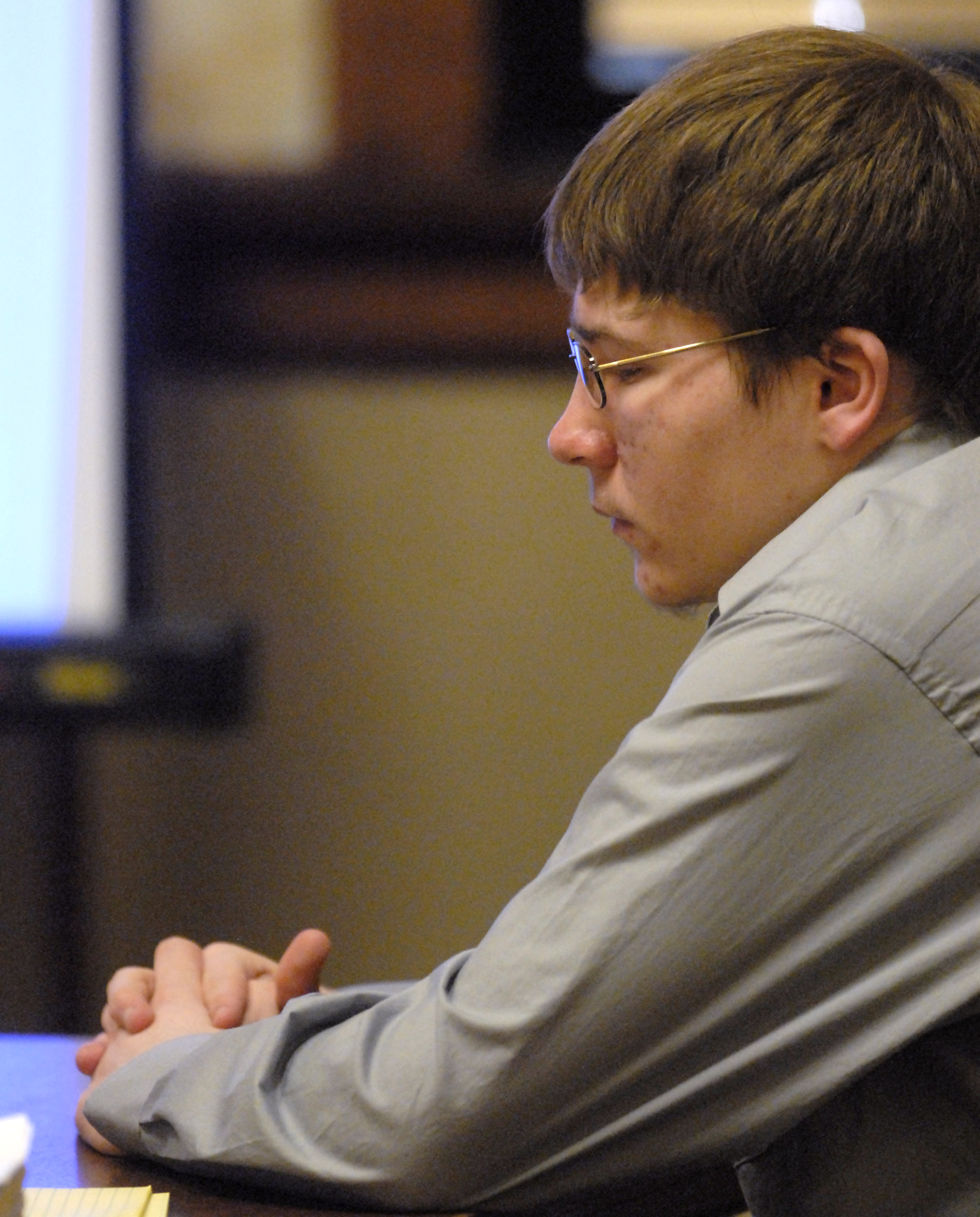 That tracks with a number of high-profile false confessions. The so-called Central Park Five were between the ages of 14 and 16 when they were arrested and charged with raping a jogger in New York City in 1989. After being interrogated for hours, all five confessed to being involved with the crime, with four confessing on videotape. At the time, Donald Trump took out a full-page ad in the New York Times calling for their execution. It’s worth noting that these individuals were all African-American or Latino, and they were all children. And, it turned out, all five were innocent. In 2002, 13 years after their conviction, the Central Park Five were exonerated after DNA testing proved that a convicted murderer and rapist had committed the crime.

“What we know about false confessions is they occur disproportionately in cases involving murder and rape,” says Feld. “Those are the most serious crimes, and the police are under the greatest pressure to try to solve them. Particularly in cases where they have weak evidence, they’re going to rely heavily on eliciting a confession.” Because most of the juvenile false confessions we know of come from this small subsection of juvenile offenders, Feld argues it’s impossible to know exactly how often young people are coerced into false confessions.

Surely, some viewers watched Dassey’s confession in Making a Murderer and wondered how anyone could ever confess to a crime he didn’t commit. His lawyer explains: “You have to think about this from Brendan’s perspective. The interrogation tape that we saw was actually the fourth time he had been questioned by police over the course of 48 hours. They were coming after him and coming after him, not leaving him alone after he said, ‘I have nothing to do with this,'” says Nirider. “In that kind of situation, where you’re being badgered like that, and 16 years old with intellectual disabilities, suddenly it makes a lot of sense to say, OK, I’m going to tell these guys what they want to hear.”

Nirider points to another case, from Virginia, just last month. Robert Davis was arrested when he was 18 years old in connection with a 2003 murder. After five hours of interrogation in a cold room, Davis reportedly asked police, “What can I say to get me out of this?” before falsely confessing. He was exonerated and released this past December.

“[Young people] have a very present sense of time,” says Marsha Levick, deputy director and chief counsel at the Juvenile Law Center. “If they think saying what the police want to hear will end the interrogation, they will endeavor to do that, wrongly thinking they will get to go home.” That’s exactly what many viewers saw happening with Dassey, who asked, after confessing to a brutal murder, if he’d be able to make it back to school in time to turn in a class project. “They are looking for immediate rewards,” says Levick, “not working through the myriad adverse consequences they might encounter in the justice system by implicating themselves.” 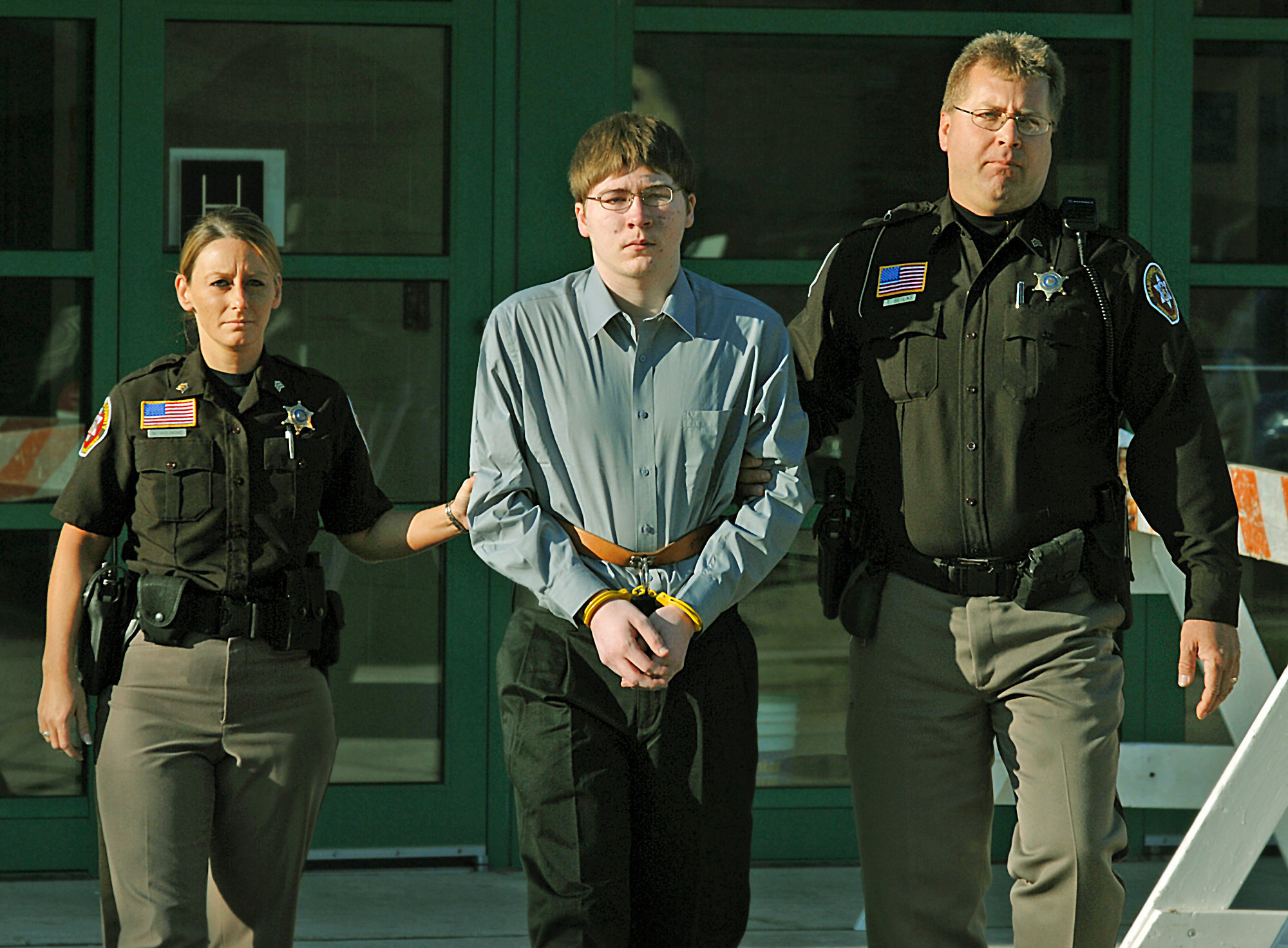 Making a Murderer also conveys how little agency Dassey’s mother had in advocating for her son throughout the interrogation process. He was repeatedly questioned with neither a lawyer nor a parent present. As important as it is for parents to be involved, Feld found in his research that the mere presence of a parent is not enough. “In 24 out of 25 interrogations, the parents either did nothing or affirmatively aided the police,” he says. Since most adults don’t understand Miranda rights much more than youth do, he says, many of them even encourage their children to waive their rights in the interest of “accepting responsibility” or “telling the truth.”

Most parents don’t know about the tactics police may use during an interrogation, such as lying about evidence. “So if a cop says, ‘well, we found your fingerprints,’ even though they didn’t, the parents are much more likely to jump in and say, ‘Tell them how they got there,'” says Feld. It’s an extremely effective way for the police to prevent parents from protecting their kids. “All of the things that normal parental socialization would encourage is going to be contrary to a kid’s legal interest.”

In other words, the presence of a parent without the presence of a lawyer still leaves a young person extremely vulnerable. Compounding this problem, the majority of states make it easy for a juvenile defendant to waive their constitutional right to counsel, even though they may not understand what they’re doing. “Children are simply ill-equipped to understand ‘rights to remain silent’ or ‘rights to counsel’ or the fact that what they do say ‘can and will be used against them,'” says Levick.

Given all that’s stacked against juvenile suspects, Brendan Dassey’s case again highlights one of the few protections a young person may have: a videotape of the interrogation. “If [Dassey’s confession] wasn’t on tape, it would be Brendan’s word against those two interrogators about what was said,” says Nirider. “He would have basically no chance in that kind of situation.” Taped confessions have no adverse impact on a police investigation, says Feld, but they provide an objective record of how a confession was obtained that can protect the child later on in the process.

As for Brendan Dassey, the popularity of Making a Murderer has brought him an outpouring of support. “It’s hard for him, behind the walls of prison, to gauge exactly how big this has become,” says Nirider. But she says the series, and its reception, have been wonderful things for him. “In the world of wrongful convictions, context is everything. Changing the vibe is everything.”

Dassey is now 26 years old. He’s been in prison for a decade. “He’s grateful. He’s overwhelmed,” says Nirider. “He’s just hoping for a fair shot in the courts.”