Laverne Cox went from waitressing to representing an entire community almost as fast as you could binge-watch the show where she got her big break. On Netflix’s hit drama Orange Is the New Black, the 30-year-old actress plays the prison hairdresser, Sophia Burset — busted for credit fraud to pay for her transitional surgeries — and in the process has become the worldwide face of the transgender movement, complete with an iconic Time magazine cover. Cox thinks that the internet age has provided a forum for people formerly consigned to the social margins, but also freedom for new content producers like Amazon and Netflix “to take risks that a lot of networks can’t really take — or don’t think they can take.” Trans visibility in the media is “only one part of the equation,” she says. “There need to be public policies in place that systematically change the lives and circumstance of transgender folks.”

Shortly before Orange‘s third season being released on the streaming site, Cox talked to Rolling Stone about being at the forefront of a gender-identity revolution, whether she’d ever play a cis-female role and what her go-to karaoke song is.

How 'Orange Is the New Black' Revolutionized TV: Inside the New Issue

Is Sophia the character who you identify with the most on Orange?
Yeah, I’ve been living in her and experiencing Sophia in a deeper way than I have the other characters ’cause I play her. There’s also something about Suzanne (played by Uzo Aduba) that I really love, the way she’s naive but yet has these violent bursts… I really relate to her a lot. But then I think about Vee (Lorraine Toussaint) from Season Two: That is a character I would love to play. There’s that side of me that’s sort of sinister and conniving that’s so much fun.

Regarding your new show, Doubt, on CBS — is your character a trans woman?
The character is trans, yeah.

Would you prefer to play a cis woman at some point?
I want to play human beings and complicated characters; how they identify is not really relevant to me. 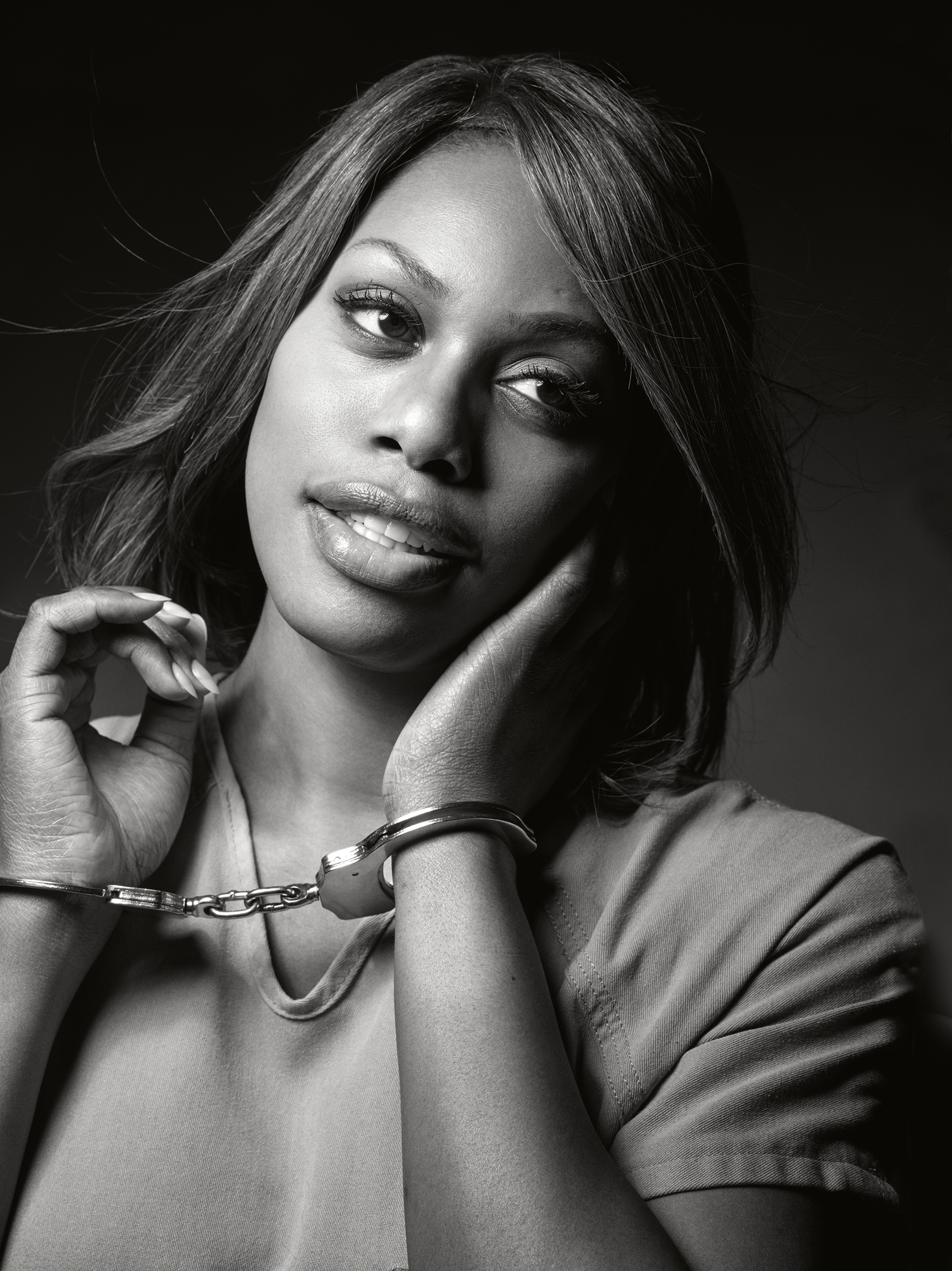 You don’t feel like other people are like, “This trans person has to play trans people”?
That might be the reality of the business right now, but I think it’s also part of my job as an actress to show that I can play a wide range of roles. So I take responsibility for hopefully inspiring directors, writers, producers to see me in multiple ways. I think it could be powerful for me to take on a role where my trans identity is not relevant in the future. But also I believe there are so many trans stories to tell and they haven’t yet been told. So if I connect to the story I don’t mind telling it.

“I want to play human beings and complicated characters; how they identify is not really relevant to me.”

On your Variety cover, there is this giant headline on it that says  ”TRANS.” If someone had put Lucy Liu on a cover and it said, “This here’s got an Asian on the cover. . .”.
“Asian Revolution,” yeah.

Are we going to look at that in a couple decades and think, “Were they serious with this headline?”
It would be interesting if we do. I think what’s important and moving, however, about naming the trans piece is that trans people are not always visible. For decades we were told that we needed to transition, blend in and disappear as transgender people. And then there’s a lot of folks who don’t think we really exist; they insist that we are always and only the gender we were assigned at birth.

So the process of naming that identity and claiming one’s trans-ness, in a world that tells us we should not exist — that feels revolutionary. It feels like a very important step. When we talk about [something like] Black Lives Matter, we have to name it. I think it would be different if we were just talking about me. Although when people talk about me, they almost always say “transgender actress, Laverne Cox.”

I guess part of me is just happy that they’re even saying anything about me. Three years ago, I was still working in a restaurant and barely paying my rent, so being on the cover of any magazine now is huge, huge progress — for me personally and for the communities I represent.

Did you always like pretending to be other people? Would you be putting on skits when you were little?
I danced around a lot as a kid. So it wasn’t necessarily skits, it was like I had characters in my head that I would express through movement.

Do you still dance much?
Just for fun, in my apartment. And I do karaoke with some of my girlfriends. I’m a big karaoke person and dancing is often a part of karaoke; I’ll be singing and breaking it down.

What’s your go-to karaoke song?
I don’t have just one; I have many. Lately I’ve been doing “Chandelier” by Sia a lot lately and the theme from Phantom of the Opera. I don’t hit the high E at the end — but I do hit the high C sometimes.