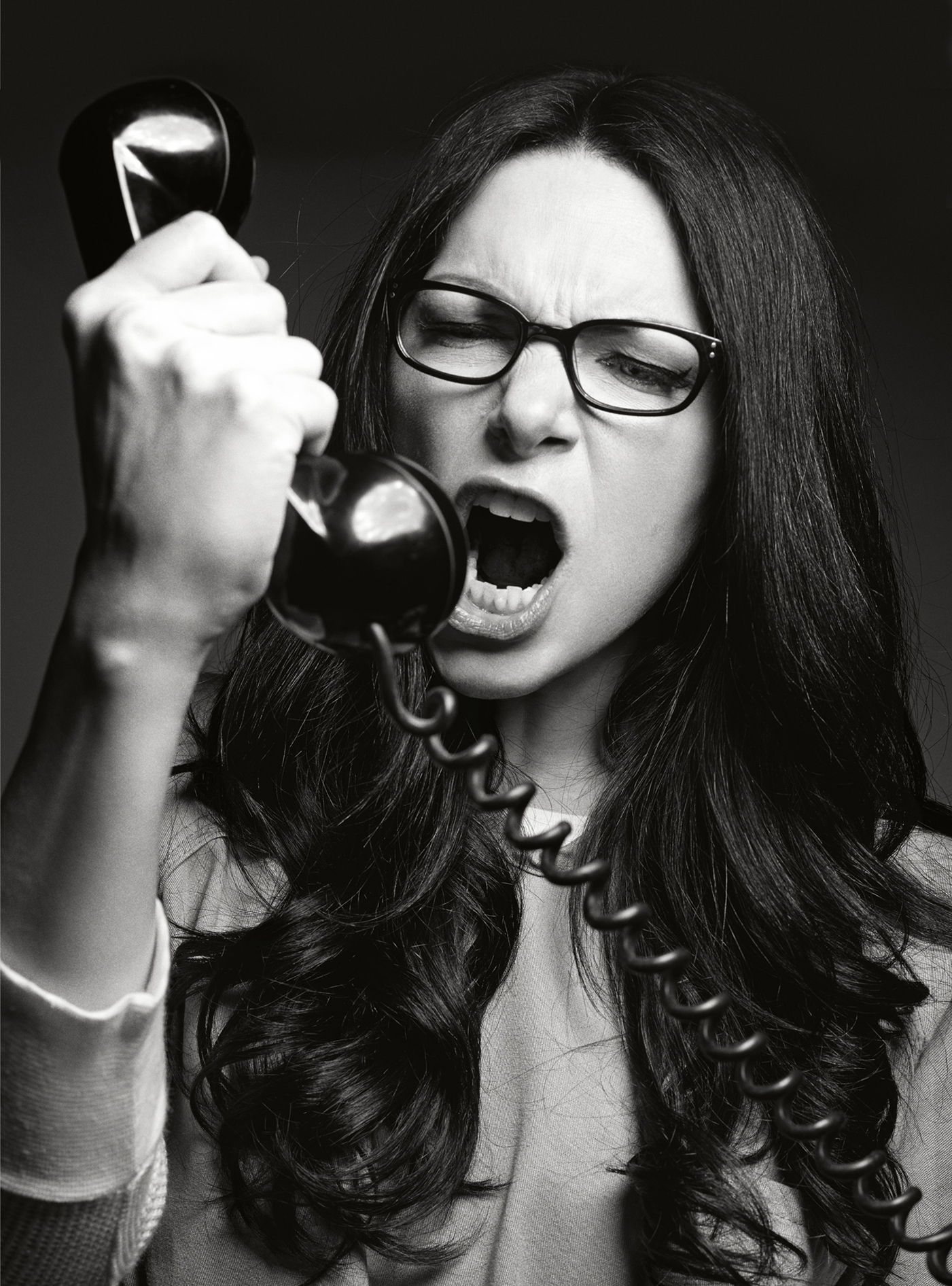 You know her face and that New-Jersey-baritone voice — from all those years on That ’70s Show, from guest spots on How I Met Your Mother and Castle and House M.D., from leads on here-and-gone series like October Road and Are You There, Chelsea? Laura Prepon has been acting for almost two decades already, but the 35-year-old doesn’t have any intention of slowing down. In addition to her commitment to Orange Is the New Black, where she plays Piper’s can’t-live-with-her-can’t-live-without-her ex-girlfriend, the actress says she wants to direct a movie and finish writing a cookbook, which comes out next year. “I also really want to do a period piece,” she says, and hopes to find a foreign husband — “Trust me, he’s gonna be from Sweden or Germany or France or something. I’m from a huge family, [so] I want a huge family, too.” (Eligible European men, take note: “I’m focused on work right now. But yeah, whatever, if he happens to stroll through. . .”)

Laverne Cox on 'OITNB' and Representing the Trans Community

Prepon took a break from being OINTB‘s in-house femme fatale to tell us about selling Uncle Ben’s rice in Italy, why she hangs out with a lot of dudes and how pictures of her turned into the first official web series in interviews for our new cover story.

There are a lot of breakout actresses on Orange, but you’re an old hand. Is it different from other shows that you’ve been on?
Yeah. God, it is so weird that I’ve been doing this for a while, right? I had just finished Are You There, Chelsea?, where I played Chelsea Handler; it only went one season and we were all bummed. So I told my manager, “You know what? I’m gonna take a little break from TV and focus on doing movies and directing.” But then, because my manager knows my taste so well, he’s like, “You have to read this new script.”

They weren’t even casting Alex yet; they were only casting Piper, and I knew that I wasn’t exactly right for that role, but I didn’t care. I was a huge fan of Jenji Kohan’s, so I went in and auditioned. Then a little bit of time went by and Jenji’s like, “I can’t get you out of my head for Alex Vause.”

Did you identify with Piper when you were going to audition for her?
It’s funny; when you look at both characters, I definitely identify more with Alex. When I talked to Jenji later, she told me, “You know, with Piper you’re worried she’s gonna get her ass kicked in prison. When I look at you, I’m not scared about you getting your ass kicked.” Not to say that Taylor [Schilling] would get her ass kicked, ’cause I think she’d do okay. But Alex is Maleficent-like, sexy, sassy — she can definitely looks like can take care of herself. She’s not getting her ass kicked.

Now you’re part of this enormous cast. . .
There’s a lot of us. I normally hang out with guys so when I actually got this show, all my guy friends were like, “Wait, it’s you and a bunch of women? What are you going to do?” And I’m like, “I don’t know!”

Do you normally have a problem hanging out with ladies?
No, I get along with everybody. But I play poker, I watch UFC, I have a motorcycle — I tend to do things that guys like to do. Though recently I’ve acquired this awesome, really small group of women [friends] outside of the show, who are all rad. I’ve learned it’s important to have amazing women in your life.

“Jenji told me, ‘with Piper you’RE worried she’s gonna get her ass kicked in prison. When I look at you, I’m not scared about you getting your ass kicked.'”

I want to ask you about the original web series that you were in.
“They Go On”? That is literally — I guess, technically — one of the first web series ever made. I didn’t even know at the time.

Was it good?
Honestly, it was so young when I did it. When I was 15, I moved to Europe for a year and a half. I’m the youngest of five, and my eldest sister is 10 years older than me and was working at Glamour at the time. She’s like, “You know, you should model.” We literally took pictures out of a photo album from a cruise we were on in Greece, 4×6 pictures out of the family photo book — and a month later, I was in Milan. The first acting I ever did was an Italian Uncle Ben’s Rice commercial, which was hilarious. I don’t even know how me walking through the Piazza del Duomo sold rice, but it did.

I came back home and I told my mom “I wanna try this acting thing.” So then we found a teacher in New York and booked the first audition in America. Within a year, I was on That ’70s Show and had moved to L.A.

But before that. . .
Before that I was on the Internet. Right around the time when I got my first thing in America — this MCI commercial — there was this little thing called “They Go On.” And it was just, like, pictures of me. It wasn’t any acting. Basically, it was this weird thing where you’d have to find what location I was at or something, and this guy was on a journey like looking for me, whatever. It was kind of hard to understand. But all I know was it was pictures of me. . .

So it was like photo collage.
Yes, exactly! [Laughs] That was one of the first web series ever. And now look: all the biggest shows are on the Internet.