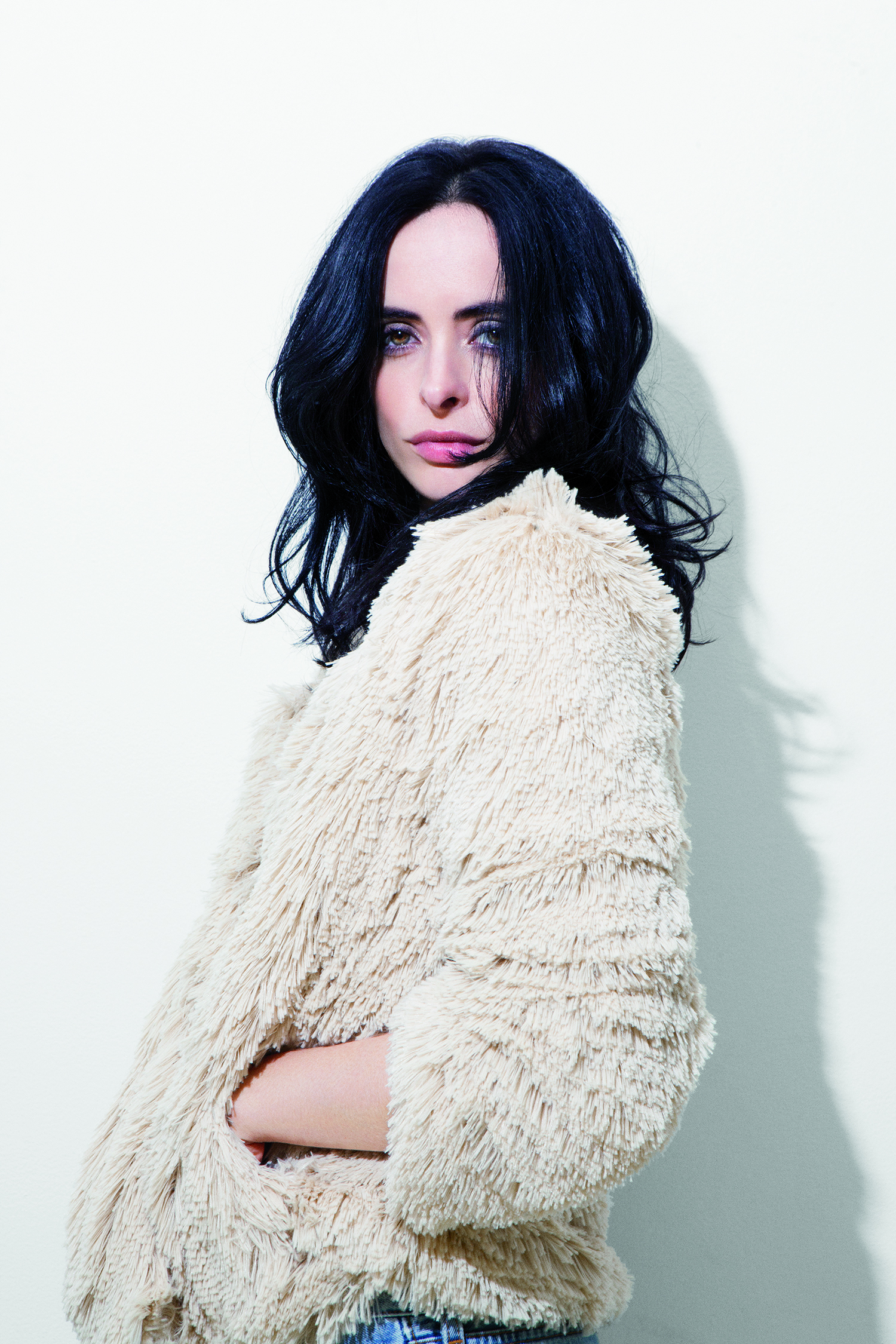 Which is exactly why the 33-year-old actress is the perfect choice for Netflix’s new show Jessica Jones (being released on the platform en toto on Novemeber 20th) — it’s far, far darker than your typical men-in-capes melodrama. Based on a semi-obscure Marvel title from the early 2000s named Alias, the second “urban superhero” collaboration between the streaming service and the comic-book company/multimedia juggernaut (after last year’s Daredevil), the series follows an extra-strength do-gooder who, after a traumatic experience, becomes a private investigator. She’s also a complete mess, chronically hungover and prone to compulsive hook-ups with bartenders when not obsessing over the mind-controlling villain (David Tennant) who forced her to kill someone. In other words, she’s the sort of conflicted, damaged antiheroine who’s right in Ritter’s sweet spot.

Hell's Angel: How the Return of 'Daredevil' Darkens Marvel's Universe

“I kept telling people, ‘I really want to do something like Breaking Bad,” she says, “and then people would remind me, ‘Krysten, you were on Breaking Bad!‘” (She played Jesse Pinkman’s doomed drug-addict girlfriend in Season Two.) “I needed something complex, plus I like doing dark characters and comedy — and Jessica Jones has all of that. At first, my manager had to explain to me that Krysten, this isn’t what you think it’s going to be. Finally, I just said, ‘Okay, fiiiine, I’ll go and audition…but I’ll never get it.’ When you go to Marvel, they lock you in a room with the scripts; they really are that secretive. But what they gave me to read was great — and when I heard Melissa Rosenberg was the showrunner, I thought: They are serious about this. It felt very much like, ‘Oh, so you say Marvel doesn’t usually do a great job representing women? Well, here ya go!'”

A veteran producer and screenwriter, Rosenberg had worked on a superheroine show before — the WB Networks’ short-lived Birds of Prey, about a trio of female DC characters who pick up where Batman left off. But it was her work writing the Twilight films that attracted the attention of various studios, and when she suddenly found herself taking meetings all over town, she already had a pitch on deck. “I wanted to create a female superhero like Tony Soprano,” she says. “So when I went to talk to the executives at ABC Studios, they paired me with [Head of Television for Marvel] Jeph Loeb. I mentioned the idea to him, and he said ‘I think I have something for you.’ Then he brought me the Alias books, and it was exactly the kind of character I’d been waiting my whole career to write.”

And according to Rosenberg, Ritter had already been on her radar for years; she’d been a fan of her turn on Breaking Bad, and her husband Lev Spiro had directed a Don’t Trust the B— in Apartment 23 episode, so she knew the actress had dual sets of chops. “Drama is easier to come by in actors,” the producer says. “But the ability to shift from drama to comedy — sometimes on a dime in any given scene — that’s much harder to come by. We needed someone who had those edgy comedic skills, could deliver a dry line and give you a sense of what this character has gone through. That’s a rare talent.”

It’s that frothy-to-fraught balancing act, which extends not just to Ritter’s wisecracking gumshoe but to the series as a whole, that largely sets Jessica Jones apart from the bulk of today’s comic-book TV. (That, and the fact that you have superheroes engaging in rough, apartment-wrecking sex with each other within the first two episodes.) For every costume-cameltoe joke and bit of tough-dame banter that the actress trades with costars Carrie-Anne Moss and Rachael Taylor — playing a lawyer who uses Jones on jobs and a radio-show host who shares a history with the P.I., respectively — there are scenes where the character finds herself suffering through some dark PTSD nights of the soul. Whether the character retains her self-destructive mojo when she eventually becomes part of Netflix/Marvel’s superteam show The Defenders down the line remains to be seen. But for now, the collaboration has yielded something closer to the “difficult men” prestige dramas of TV’s new Golden Age than a second-tier MCU offshoot.

“It’s a psychological thriller first, and a superhero show second,” she muses. “It’s exactly the kind of female-led show I’d watch. And I kick a lot of ass without having to wear a leotard.”