Part of Ken Burns’ talent as a filmmaker lies in his ability to tell big stories – about the Civil War, Jazz, Prohibition – through the eyes of the individuals who lived them.

Like Howard Zinn before him, Burns believes that history is the story of the human experience, and that each voice he unearths from the past helps create a collective consciousness. If there is a big lesson to be learned from all those eyewitness accounts, it’s this: No matter the era, society has always struggled with the same issues – of morality, spirituality, fairness, etc. – and despite our best intentions (and our wealth of previous experiences) that’s no different today.

15 Sports Documentaries to Cheer About

His latest film is a prime example of that. In Jackie Robinson, a two-part, four-hour series premiering April 11 on PBS, Burns – who co-directed the project with his daughter, Sarah, and her husband, David McMahon – sheds new light on the American hero we all thought we knew. Through Robinson’s own words, and conversations with those closest to him, Burns paints a portrait of a man who wrestled with the same issues that bedevil us today, presenting him as something more than just a civil rights hero, or the first black man to play Major League Baseball. In a sense, he succeeds in making Jackie Robinson a man, first and foremost.

Recently, Rolling Stone spoke with Burns about his new film, presenting a different side of an American icon and whether we’ll ever see another Jackie Robinson in our lifetime.

Next year marks the 70th anniversary of Jackie Robinson breaking baseball’s color barrier – why release this film now?
So, years ago, I made a big series on the history of baseball, and Jackie was the moral center of it all. I think there was only one episode where there wasn’t at least a mention of him. So we’ve covered his birth, his childhood, his courtship of [his wife] Rachel, the Negro Leagues, his coming up to the majors, his breaking the color barrier, his career, his retirement, his last days – I felt that within the Baseball series, there was a narrative of Jackie’s life. But in the aughts, Rachel started calling me, saying Jackie deserves standalone treatment. And I agreed, but we were finishing other projects, so she agreed to wait for us.

It was an exciting opportunity for us to promote the mythology as much as the facts; we didn’t want to just regurgitate the old tropes that Red Barber told us – those things that are immortalized in children’s books and statues. We wanted to do a bigger, fuller portrait of Jackie. It was important not to just say, “Branch Rickey was God, and decided because of his own moral compass he was going to do this.” He had economic concerns as well. Or that Jackie was the only one, you know, God’s gift to us all, when in fact, there were plenty of other players in the Negro Leagues. The real story is much more interesting and fluid – we’re very proud of what we’ve created; a multigenerational portrait of an African-American man. And it’s a love story, too.

And yet, a lot of the barriers Jackie had to overcome at the start of his career – and many of the civil rights issues he spoke out against later in his life – still exist today. Was there a desire to tell his story in the age of #BlackLivesMatter?
As with almost every film we’ve done – “we” means myself, Sarah [Burns] and David [McMahon], we co-directed this one – people say, “Boy, you timed that perfectly.” But it’s completely accidental. If you do history, it resonates with the present. Like Faulkner said, “History is not was, but is.” So we made a film about Jackie Robinson, and what’s it about? Driving while black, stop and frisk, Confederate flags, integrated swimming pools, discrimination in housing and hiring.

Race is a big part of our history. I asked Wynton Marsalis about this in the Jazz series, and he said, “Race is the thing in a mythology that a kingdom needs to be well.” It’s always there in America. So when Donald Trump has a Birther campaign, that’s a polite way of saying the N-Word. When Scott Walker says he doesn’t know if the president is a Christian, that’s another way of saying the N-Word. When it takes Donald Trump a day to repudiate white supremacist David Duke…it’s a dog-whistle for white supremacists. You know, “This is your guy!” And this is going to keep happening. You can beat up an African-American protester at your rally. You can, as the Supreme Court has done, walk back certain aspects of the Voting Rights Act. You find that human nature is just superimposed on itself.

So will a Trump supporter want to watch this film, too?
I’m just a filmmaker. Michael Moore makes films in which he advocates for particular points of view that are not dissimilar to ones I’ve advocated just now with you. But he only preaches to the choir. My films get good ratings in Oklahoma and Arkansas and West Virginia and Alaska, and I want it to be that way. I want to have an inclusive American history, where it isn’t one side telling the other, “You’re wrong.” History is one of the few places where we can have a civil discourse; I try to create a space for that to happen. 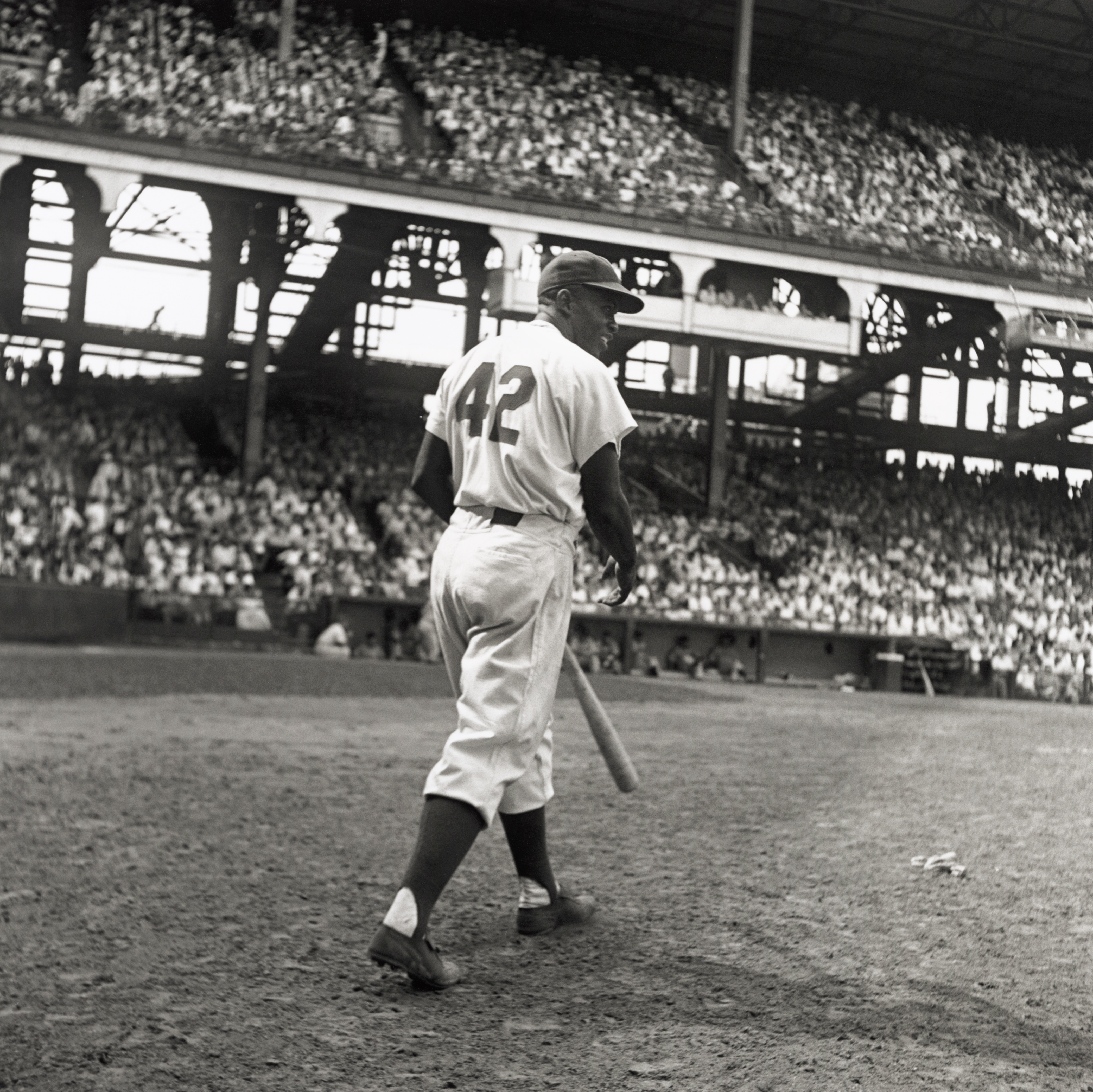 One interesting aspect of the film is its exploration of Jackie’s relationships – with his wife, the media, and his fellow black ballplayers, too. It was surprising how much of that I assumed to know.
We assume everything; we assume all black people are the same, all Mexican immigrants are the same, and we need to look at each individual case. For a while, Jackie had people in the palm of his hand, during those first few years in the majors, when he had to turn the other cheek. But when he started speaking his mind, things changed. And I enjoyed exploring those internal tensions within the Dodgers, too. Roy Campanella was just happy to get to the majors, did not want to rock the boat, and that was anathema to Jackie – and, as we show in the film, it ended up causing their two families to drift apart, because Jackie wasn’t willing to accept that. You can tell Don Newcombe wasn’t quite the same as Jackie, either.

We tend to default to conventional wisdom, and what’s so satisfying is to have that wisdom melt away in favor of something richer. We knew Jackie was a competitive person, and we knew how contradictory it was to pick somebody who was so fiery and tell him to turn the other cheek, but when you learn the full dimensions of it – as a child, he had thrown rocks back at neighbors who had thrown them at him, how he refused to get up at a lunch counter until he was served, how he would move down from the colored section in the balcony to the main floor of a movie theater – it was a great delight to shed that mythology, in favor of a much more interesting, almost existential character.

You make the point in the film that Jackie had a lot to lose by speaking out in favor of civil rights – he was one of the most popular athletes in America at the time. Why do you think today’s athletes don’t do the same?
Well, I think partly it’s because there are more opportunities [for athletes]; money is an incredibly seductive force. But you did see LeBron James – one of the most famous basketball players of our time – wearing a hoodie in solidarity with Trayvon Martin. Then on the other hand, you have examples of people like Alex Rodriguez or Michael Jordan, who have everything and could’ve used it to do good. But no one has to be a civil rights leader, they can be whatever they want to be, which is why I like Jackie Robinson. He had the luxury, because of his talents, to have lived a good, fine life, but instead, he chose to burn incandescently and effect change and offer inspiration. Here we are, all these years later, and we’re talking about him. And I’m not sure people are going to be doing that about Michael Jordan. 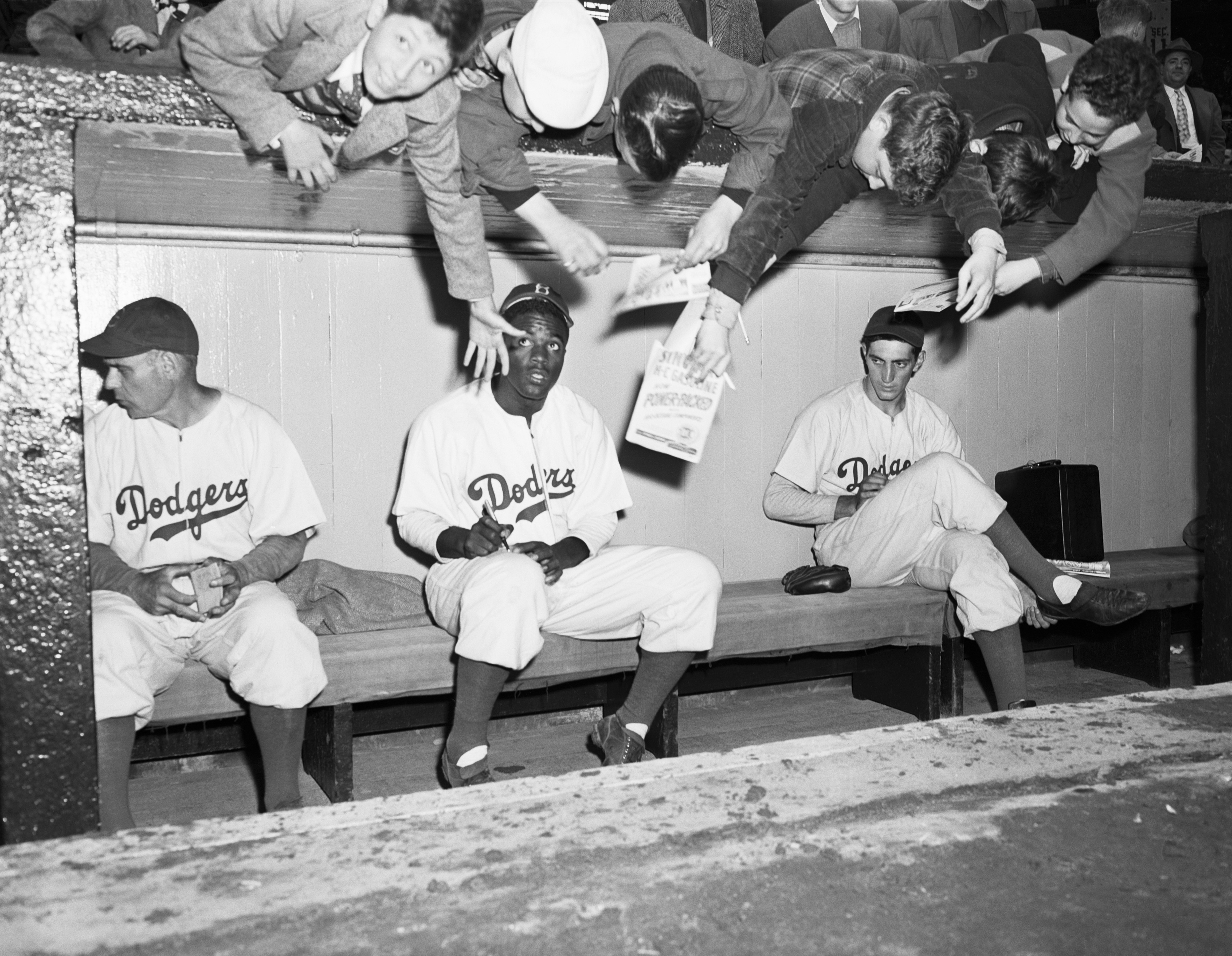 You also spend a lot of the film exploring his life after baseball –
We all obey the same basic rules of storytelling: the beginning, middle and end. The post-baseball stuff is inconvenient. “Then he retired and then he died” is a pretty simple way to do it. But we were determined to look between the lines, to expand on that time of his life – his support of Richard Nixon and the early civil right stuff, and the rise of militancy and black power, and how he suffered in that.

Later on in his life, when Jackie was working for Nelson Rockefeller in the Sixties and the African American communities in New York were rioting, he had to urge those communities to remain patient – the exact same thing that had enraged him during the Forties and Fifties, when he was tired of waiting for the situation to improve. That doesn’t diminish from him at all; it adds a complexity to him. He seems more human, more familiar. In a way, it makes him even more of a hero to me.

Do you think we’ll ever see another Jackie Robinson?
Well, you could say Barack Obama is a kind of Jackie Robinson. You can see we’ve made a lot of progress; when I was making the original Baseball series, I never thought I’d get to interview a black president. And yet, you can have Africans stolen from their land, made Americans by force, liberated after 200 or 300 years, who adopted this new religion of Christianity, and all these centuries later, they can welcome somebody into their prayer service, and he can sit with them for an hour, then get up and massacre nine human beings. And if that’s going on, we need more Jackie Robinsons. The great thing about history is these people don’t die. My job is to wake the dead. I get to say, “Please come back Jackie, we need you.”