“Raise your hand if you were born after June 22, 2002,” shouts comedian Jay Flats as he warms up the American Idol audience. If you were, he notes, than American Idol is older than you.

It’s a not-so-subtle reminder that the vocal competition has been a mainstay of popular culture for 14 years, beaming into our living rooms to introduce us to Kelly Clarkson, Carrie Underwood, Adam Lambert, Jennifer Hudson and, yes, William Hung.

This is the final day on the CBS Television City lot in West Hollywood, California, the show’s home for all 15 seasons. After today, it would move down the road to the Dolby Theatre in Hollywood for the three-night finale that culminates tonight, April 7th. But today, there’s a bittersweet feeling in the air.

“It kind of hit me on the way in to work today that this is the last time it’s at this particular set,” says Harry Connick, sitting in his trailer prior to the evening’s show. “Twenty-four hours from now, that whole set’s gone. It’s just going to be a sound stage.”

Connick has served as a judge for the last three seasons with Jennifer Lopez and Keith Urban. As much as it has been a talent incubator, Idol has also been about the judges panel and the personalities of the men and women on it, from Simon Cowell’s often brutal tough love and Paula Abdul’s daffy spaciness to Ellen DeGeneres’ one-season-and-peace-out stint to the holy hell of Nicki Minaj and Mariah Carey barely hiding their contempt for each other. The final trio stands out as the most congenial pack of the 11 judges who have presided over the series’ run.

Randy Jackson on 'American Idol': 'I Still Think It's the Best Show'

They’re close enough that after Urban tapes his performance of new single “Wasted Time” minutes before the live show starts, Connick throws his arm around Urban’s shoulder and enthuses, “Well done, young man!” They’re friendly enough to go out to dinner together with a small group following Thursday’s show.

Despite serving as the unwitting human buffer between Minaj and Carey on Season 12, Urban is still enthusiastic. “I really enjoyed doing this show. It became something more than I expected,” he says. “There’s a genuinely family vibe on the show and I felt part of that immediately. [Host] Ryan [Seacrest] has that way about him, Randy [Jackson] and now with Jen and Harry. That’s what I’m going to miss the most.”

Lopez echoes Urban’s thoughts, adding that she’ll also miss “what everybody in America is going to miss about it: Just being able to watch dreams come true. It opened up a whole new avenue for people to find a way into the business. It’s so hard to break in and you have to have tenacity, but it’s luck,too, and most people don’t ever have that little break, that thing that happens. This provided an opportunity that never existed before.”

Lopez reveals her favorite contestant during her tenure is Season 11 winner Phillip Phillips, best known for his smash “Home.” “I love Scotty McCreery as well because he was the first winner on [my] first season,” she says. “But the one I listen to and stay abreast of his career: Phillip Phillips.”

Urban, who duets with Season 4 winner Underwood on his forthcoming album,  says for him, gruff belter Caleb Johnson, the Season 13 winner stands out because “that kind of voice usually doesn’t win these kind of shows,” he says. “So that was an extraordinary finale where a straight-up rock & roll singer could win.”

He adds that Clarkson, who returns this during the series finale to sing the emotional “Piece by Piece,” is his all-time favorite Idol moment since it left him in tears at the time. “I was blown away with the song to start with,” he says. “Her performance of it, her being pregnant, it was moving on so many levels, emotionally and artistically, so that really stays with me.” 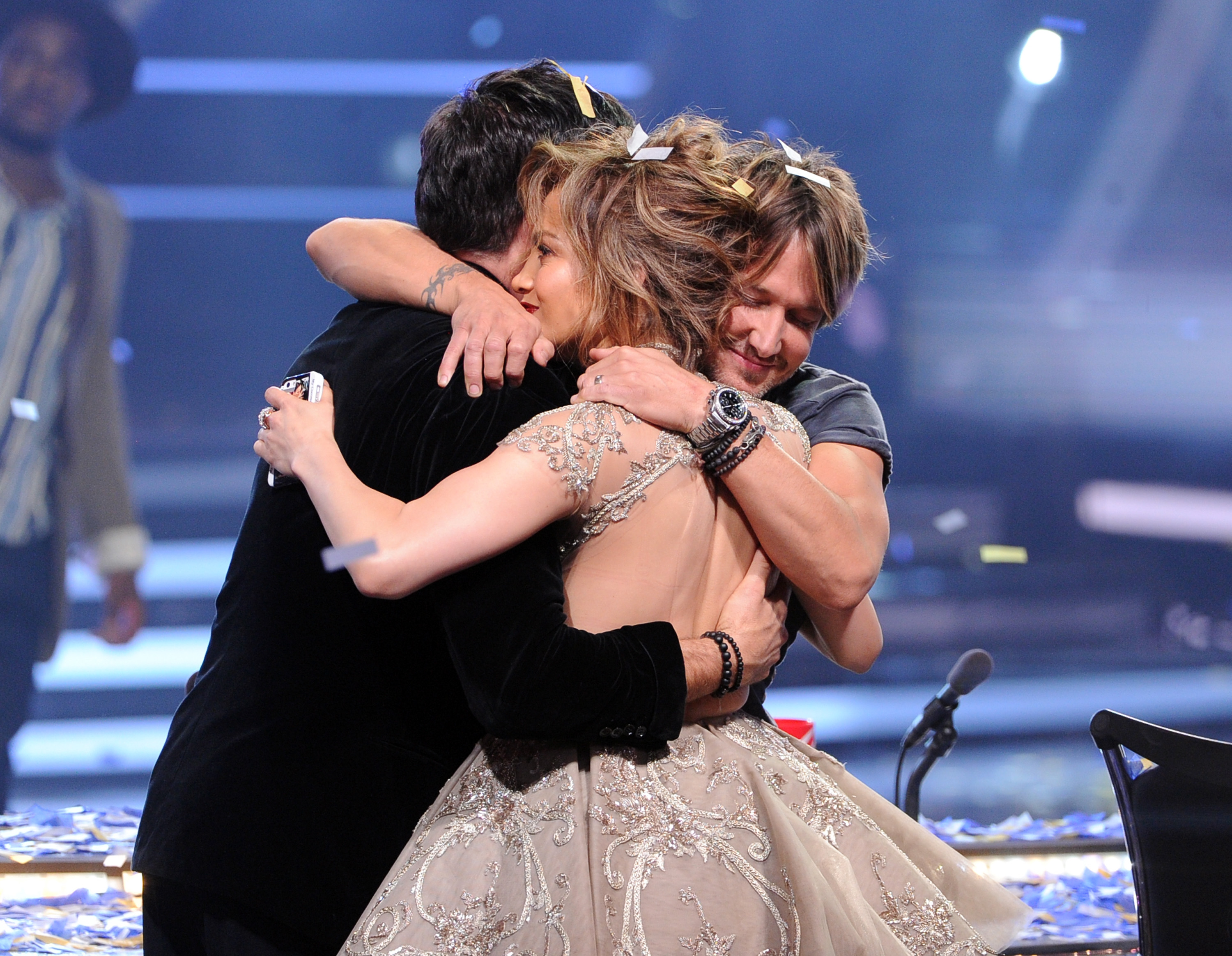 As much as the show has shone a light on new talent, it’s also brightened the careers of all three judges. For Lopez, Idol gave her a high-profile platform when the global superstar’s luster had slightly lost its sheen. For both Connick and Urban, Idol brought them new recognition far outside of their respective jazz and country fan bases.

“There’s a lot of young people who are seeing me and hearing about me for the first time,” Connick says. “It’s interesting to see 10-, 12-, 15-year-olds say, ‘Hey, we know you from Idol,’ when so much of my career happened before they were born. It’s a great feeling.”

“I can’t tell you the number of people who have been coming out to see us play who have never seen us before, but because of Idol, they’re curious and want to come out,” Urban says. “A show like this gives them a chance to know you on a much more personal level, and it affects the way they connect with the music.”

What they won’t miss? Connick thumbs through a sheath of papers. “These are notes that I do every week. I look at the songs they’re singing. I look up who wrote them, when they were written, who’s performed them. It’s very time consuming,” he says. “I wouldn’t say it’s difficult, but it’s definitely the most laborious part of the job.”

For Urban, the most difficult part has been the need to create suspense during a live television show. “You have to have people think they’re going to be tossed off, and then they’re kept on,” he says. “And then some people you genuinely have to say no to — and those things are the hardest.”

Connick and Urban say they will miss the audition cities the most. “They’re just eight hours of silliness, and the competition hasn’t started yet,” Connick says. Free from the rigid confines of the live show, “They just let us do what we do,” he adds.

As they wrap up their last day on the CBS Television City lot, Urban and Connick each joke that they may nick a few mementos. “There’s a lot of things I’ve had my eye on for three years, like popcorn machines and pinball machines,” Connick says. Urban is aiming higher. “I may take the whole trailer,” he says with a grin. “I brought my Jeep.” When asked if she plans to take any souvenirs, Lopez nods no. “I’m not going to take anything.” Pointing to her head, she adds, “I take in everything. It’s all in here, you know.”