Katy Perry and James Corden sang “Firework,” “Dark Horse,” “Bon Appetit,” “Swish Swish,” and “Roar” during the latest segment of Corden’s immensely popular “Carpool Karaoke” segment on The Late Late Show. Just as entertaining: the pop star also used the platform to, once and for all, plainly address her antagonism with Taylor Swift, saying that it was Swift’s responsibility to end their feud.

Perry was an energetic karaoke companion: she shouted instructions to Corden like a drill sergeant – “body roll!” “stank face!” “let’s go to Ibiza!” “come out raging!”– and sang with extra muscle during the high-flying hooks that appear in so many of her hits.

Judging from the segment, her favorite dance move at the moment appears to be the dab. “It was dads who killed the dab,” Corden quipped. “Dads ruined it for everyone.”

After the two sang Perry’s latest single – the house-leaning “Swish Swish,” rumored to be the latest salvo in an ongoing battle between Perry and Swift – Corden asked her about the source of the tension between the two pop stars. “She started it,” Perry replied, “and it’s time for her to finish it.” (Up until this point, both Perry and Swift had not called out one another by name in their bitter back-and-forth over social media and song lyrics. The war between the once-friendly peers began over an issue involving dancers on both of their tours.) 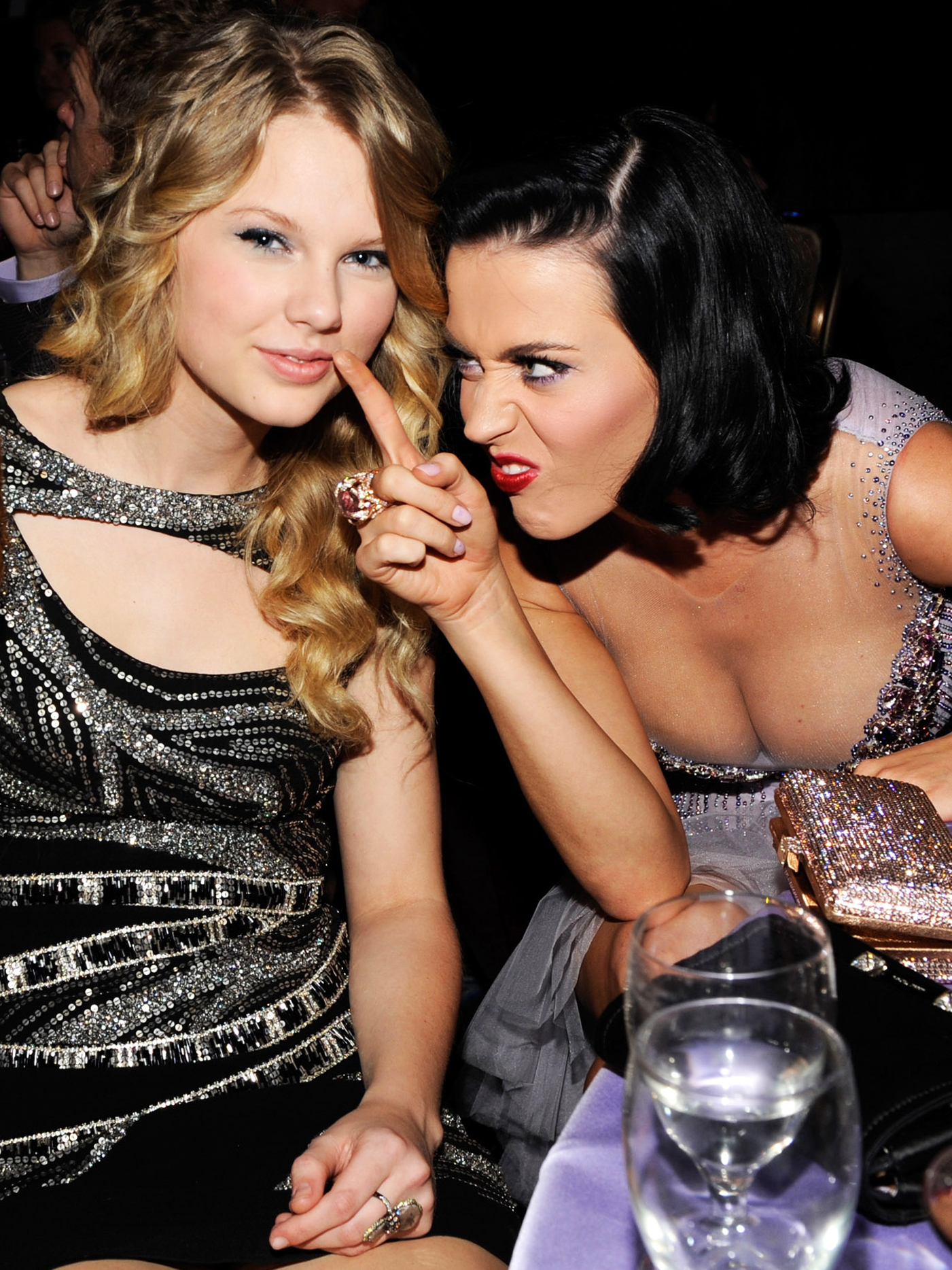 “I tried to talk to her about it, and she wouldn’t speak to me,” Perry added. “I do the right thing any time it feels like a fumble. [I got] a full shutdown, and then she writes a song about me [‘Bad Blood’]… that’s how you want to deal with it? Karma.”

Perry used her Late Late Show appearance to call for an end to the beef – “I’m ready for that B.S. to be done,” she declared – while also offering thinly veiled threats: “There’s the law of cause and effect: you do something, there’s going to be a reaction,” Perry said. “Trust me daddy: there’s gonna be a reaction.” A moment later, she endorsed peace again. “I think that women together, not divided, will heal the world.”

Perry has been busy promoting her upcoming Witness album, out June 9th. She discussed her return to pop music in an interview with Ellen DeGeneres and appeared on Saturday Night Live‘s season finale last weekend to perform two songs.

Watch Katy Perry and James Corden sing some of her biggest hits and discuss her beef with Taylor Swift.