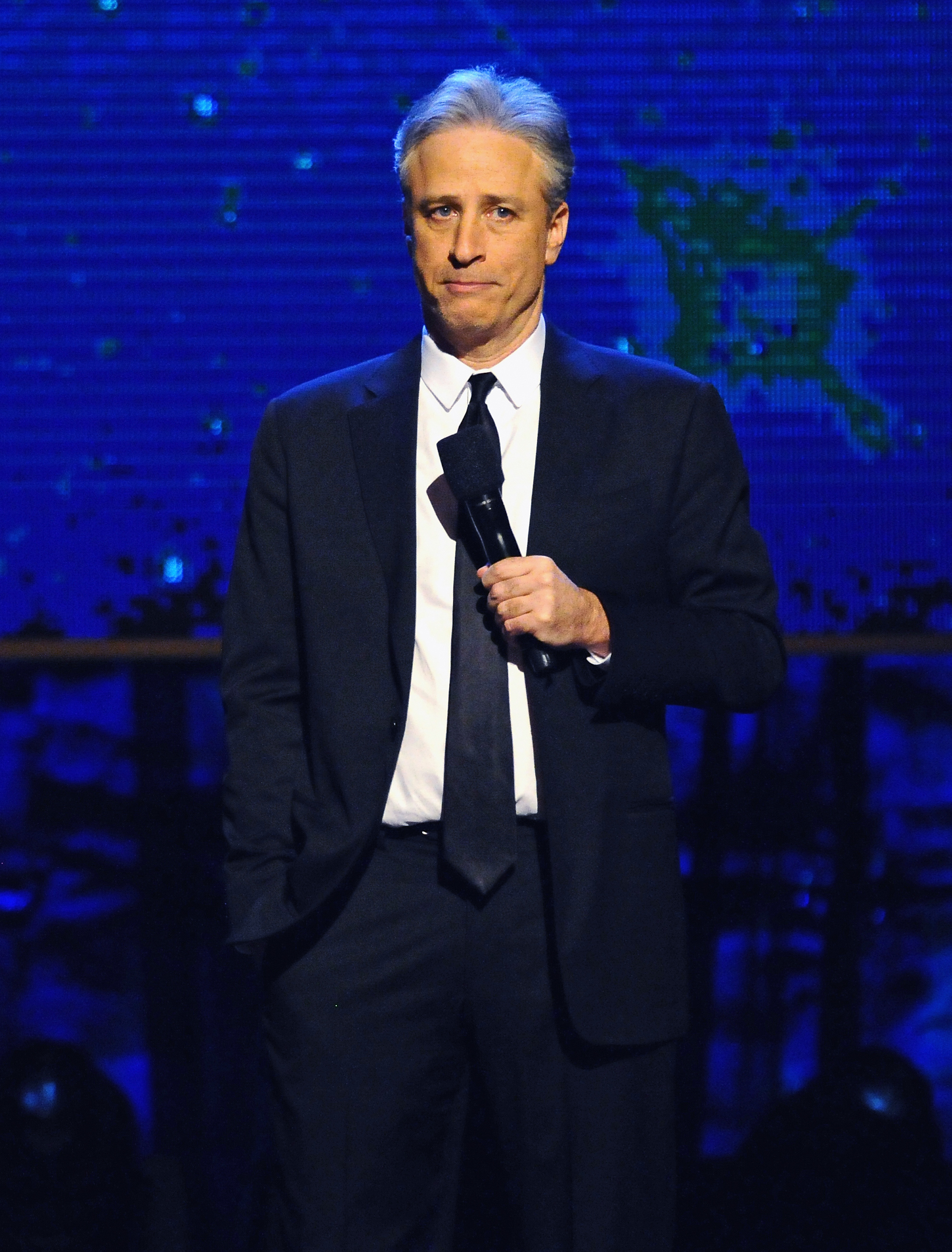 America will miss Jon Stewart. But it’s fair to say we miss him already, because his America is gone. The political climate — angrier, more bitter, more violently divided — is radically different from the one he signed up to make fun of. Political satire, as Stewart defined it on The Daily Show, requires him to appear equally tough on the left and the right. But that means he has to pretend there’s such a thing as a moderate center.

If his show got more predictable in the past few years — making the same jokes every night about the same Fox News/Tea Party bullshit — that’s because America did too. And it clearly took a toll on him. “Watching these channels all day is incredibly depressing,” he said recently. “I live in a constant state of depression.”

Stewart was a strange fit for The Daily Show, an already thriving franchise when he took over in 1999. His specialty was a sort of good-natured bro humor. He didn’t do topical material. He looked uncomfortable in a suit and tie. If he’d ever had a political opinion, he kept it to himself. The transition was clumsier than anyone wants to remember. But there was a moment, early on in those first few months, when you could see things change — in retrospect, this was one of the pivot points of 21st-century TV culture. Stewart was doing a bit about the NYPD — then wracked by a scandal in which at least one cop sexually assaulted and tortured a black man with a toilet plunger — and its “CPR” motto: “Courtesy, Professionalism, Respect.” Stewart said, “Although many officers tragically mistake it for ‘Cram Plunger in Rectum.’ ”

Then he winced — not a comedian’s wince, not a jokey “sorry, folks” wince, just a reflexive flinch that said, “Wow, that was not fun at all.” You could see he hated himself for that line, hated the handful of people in the audience who laughed — and was already telling himself, “Yeah, this is exactly what I’m not doing from now on.”

That’s the moment when The Daily Show became unlike anything else on TV before or since. After 9/11 scared the media into shutting up and cheerleading for whatever war in whatever country as long as it’s not here, Stewart turned The Daily Show into the crucial news source in the Bush years. Though he often claimed he was just a comedian making jokes, he clearly relished his newfound role as the ballsy truth-teller puncturing the official lies of the day.

It looked like Stewart was building a lasting legacy. So it’s perhaps strange that he doesn’t have a clear successor. When he signs off, there won’t be other Jon Stewarts out there to continue the kind of political argument he brought to the airwaves. Especially, it seems, on The Daily Show, where Stewart’s successor, Trevor Noah, hired in a bizarrely rushed fit of corporate despair, already seems like the wrong man for the job.

Comedy Central honchos clearly saw Noah as a blank slate, without any partisan baggage. But they got caught with their pants down when the world found out about his shockingly lame taste in “edgy” quips, which were offensive mostly for being older than Don Rickles’ mother. (Dude was still doing “Beats by Dreidel” jokes in 2014?) This is a grown man who proudly told a joke about how Thai hookers are cheaper than fast food, so he might order a “Quarter Poundher Deluxe.”

Noah made a bad impression worse by saying, “To reduce my views to a handful of jokes that didn’t land is not a true reflection of my character” — the exact kind of chickenshit nonstatement Stewart would have ripped apart, if it hadn’t been about his own show.

It’ll be an uglier world without Stewart — but then, that’s the main reason he’s bailing: It’s an uglier world already. So you have to suspect Stewart doesn’t care all that deeply whether The Daily Show can carry on without him. It looks like he’s more worried about whether America can carry on at all.