Jon Stewart owned up about some of his shortcomings when it came to cultivating a diverse staff during his tenure on The Daily Show in an interview on the Breakfast Club Tuesday.

Toward the end of the interview (starting around the 50:40 mark), the conversation turned to how white men in positions of power, like Stewart, have an obligation to not only acknowledge systemic racism but work to tear down its structures. Stewart admitted: “What’s hard about that for people is you get defensive. Nobody likes to be called on their shit, especially when they feel like it’s not really their shit. But what you realize is, just stopping active persecution isn’t enough to dismantle. It has to be actively dismantled.”

Stewart went on to speak openly about the criticisms he received for having a predominately white, predominately male staff on The Daily Show. Alluding to a 2010 Jezebel article about the show’s boys’ club, for instance, he said he remembered “going back into the writer’s room and being like, ‘Do you believe this shit? Kevin? Steve? Mike? Bob? Donald?’ Oh…Uh oh. Uh oh.” 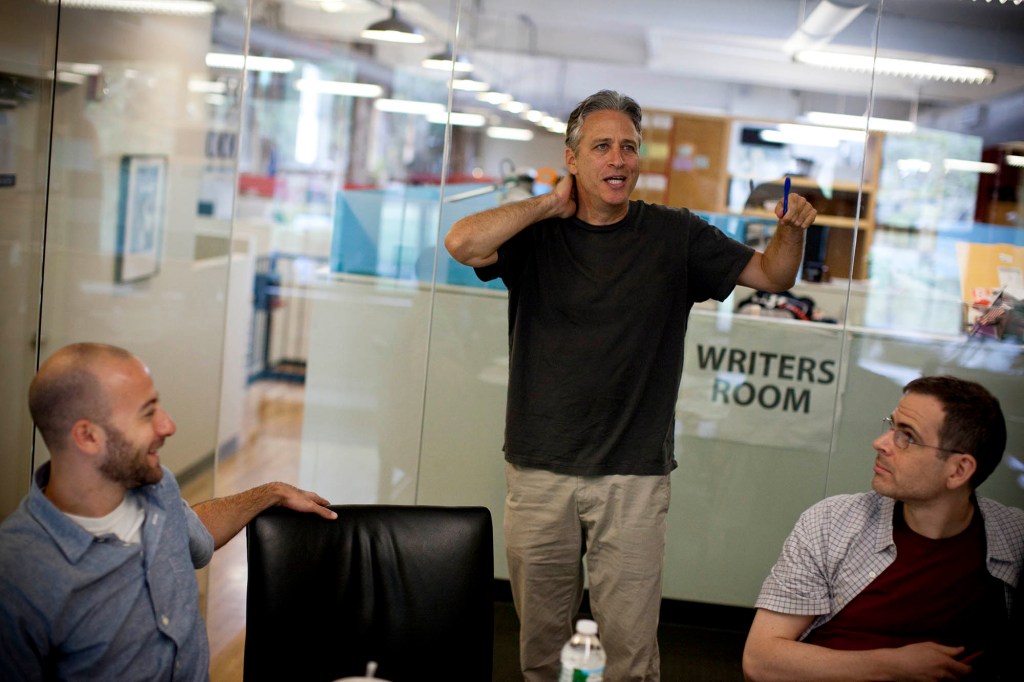 Stewart added that, at the time, The Daily Show had a policy that hid the names of job applicants, which they thought was “the way to not be sexist and racist.” But when they kept hiring “white dudes from a certain background,” they eventually realized that “the river that we were getting the material from, the tributary was also polluted by the same inertia. And you had to say to them, send me women, send me black people. And all of a sudden, women got funny, it just kind of happened — but they’d been funny all along. We just hadn’t actively done enough to mine that.”

Stewart also addressed arguably the most controversial moment of his time at The Daily Show: When he blew up at Wyatt Cenac — the only black person on staff at the time — after the correspondent called him out for a racist bit where Stewart did an impression of former presidential candidate Herman Cain.

“It took me a long time to realize that the real issue was that we hired a person who is black… [and] they felt like they’re carrying the weight of representation,” Stewart said. “So they suddenly feel like, ‘I’ve got to be the speaker of the race.’ So we think we’re doing the right thing, but we’re not doing it in the right way. Those were hard lessons for me, and they were humbling lessons. And I was defensive about them and still didn’t do it all right.”

Stewart closed by saying he doesn’t consider himself malevolent, but acknowledged, “My ignorance of that dynamic had real consequences.” He added, “For us to dismantle the entrenched tributaries that continue to contribute to inequality of outcome of equity, it takes effort.”