John McLaughlin, the conservative talk-show host and pop-culture lightning rod who helmed the long-running roundtable TV show The McLaughlin Group, has died. He was 89.

The McLaughlin Group Facebook page reported the news. “Earlier this morning, a beloved friend and mentor, Dr. John McLaughlin, passed away peacefully at the age of 89,” the statement read. “As a former Jesuit priest, teacher, pundit and news host, John touched many lives. For 34 years, The McLaughlin Group informed millions of Americans. Now he has said bye bye for the last time, to rejoin his beloved dog, Oliver, in Heaven. He will always be remembered.” The page said it would post information about memorial services when it becomes available.

The McLaughlin Group premiered in April 1982, according to The Associated Press, creating a platform for heated political discussion between the host and a panel that recently featured journalist Tom Rogan, Nixon advisor and presidential candidate Pat Buchanan, columnist Clarence Page and MSNBC contributor Eleanor Clift. “The acquisition of knowledge need not be like listening to the Gregorian chant,” the host once said.

McLaughlin also hosted an interview show, John McLaughlin’s One on One, that aired on PBS between 1984 and 2013. He hosted another show, McLaughlin, for CNBC and, for much of the Eighties, served as the Washington editor of National Review.

The host was born in Providence in 1927 and devoted much of his early life to religious studies, eventually becoming a teacher at a Jesuit prep school. He earned a doctorate in teaching from Columbia University. As he became interested in politics, he befriended Buchanan, a senior advisor to Presidents Nixon, Ford and Reagan, and became a speechwriter and special assistant to Nixon and Ford. 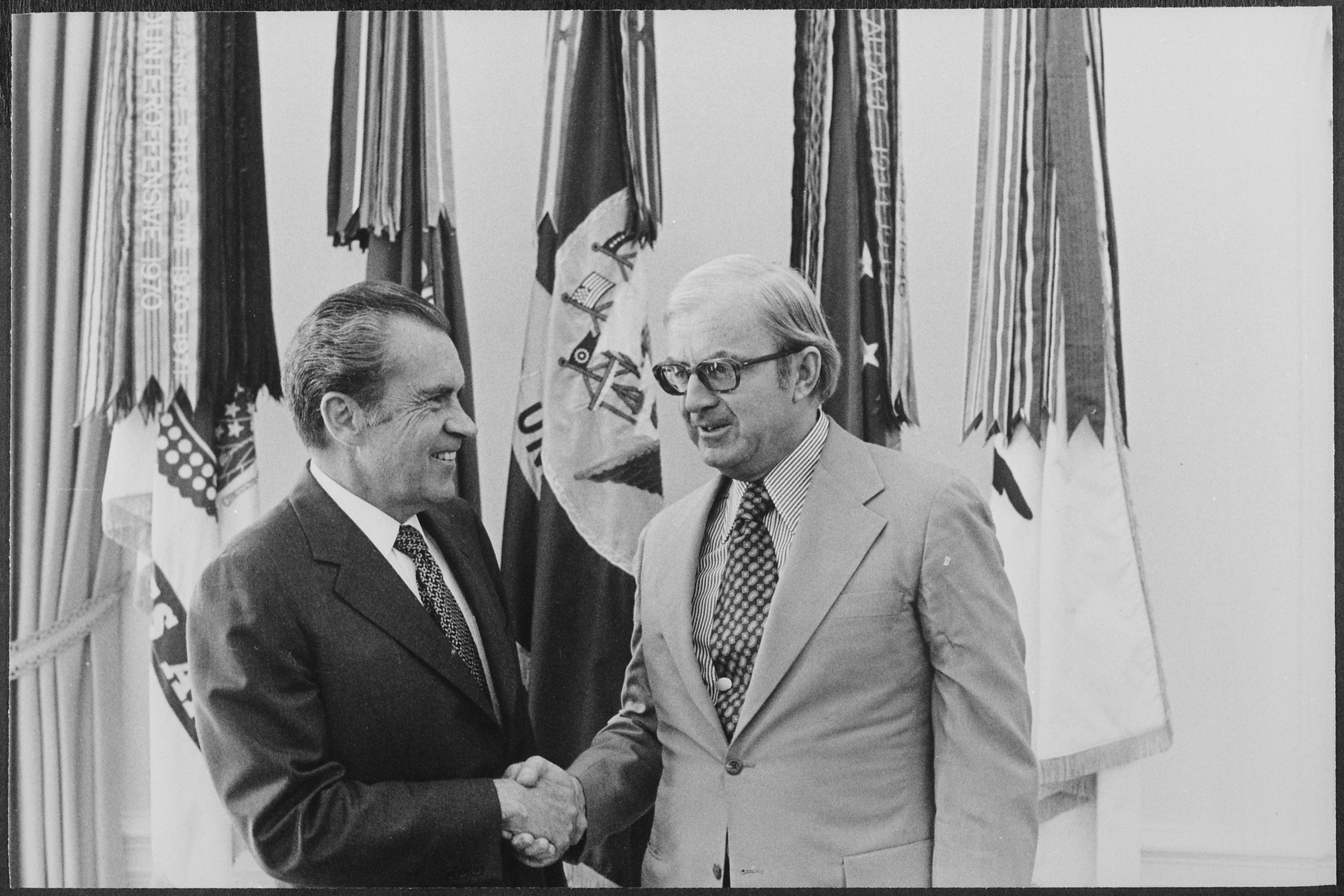 McLaughlin and his group occasionally made appearances in movies, too. He notably appeared in Mission: Impossible and Independence Day in 1996, and guested on television shows ALF, Cheers, The Adventures of Pete & Pete and Murphy Brown. The 2009 movie Watchmen presented a fictionalized version of the group in which actor Gary Houston portrayed McLaughlin.

McLaughlin last appeared on The McLaughlin Group on the weekend of July 3rd. The most recent episode, which was taped and aired on August 12th, featured the host in voiceover. Buchanan began the show by recognizing that it was the first time in 34 years that the host was not present.

“As the panel’s recent absences attest, I am under the weather,” McLaughlin wrote in a statement dated August 13th on the show’s website. “The final issue of this episode has my voice, but please forgive me for it’s weaker than usual quality. Yet my spirit is strong and my dedication to the show remains absolute.”