Melissa Rosenberg may not be the woman that Marvel deserves, but the TV veteran and former screenwriter of the Twilight series is definitely the woman that Marvel needs right now. When told that her new Netflix superhero series Jessica Jones feels like a corrective to the way that women have been represented in previous comic-book stories, the veteran screenwriter and showrunner can barely stifle her laughter: “Yeah, that wasn’t an accident.”

There are no half-measures with Jessica Jones — and certainly no attempts to placate a male audience that’s grown accustomed to seeing the Marvel Cinematic Universe through a lens seemingly calibrated for their eyes only. Based on a lesser-known character from the early 2000s, the show’s eponymous heroine (Krysten Ritter) was a former costumed crime-fighter who uses her enhanced muscles to power Hell’s Kitchen’s rattiest private detective agency. Equal parts Buffy, Veronica Mars, and Lisbeth Salander, Jones doesn’t just represent an antidote to years of female-objectifying superhero stories; she’s also living proof that being a woman in this world requires a superhuman strength that has nothing to do with punching people through walls.

Rolling Stone got on the phone with Rosenberg to talk about diving into the MCU, how the show feminizes the “difficult men” idea of TV drama and why shows like “Rape of Thrones” need to stop the sexual-assault plotlines.

How did you get involved with Jessica Jones?
I had just come off the Twilight thing and was meeting around with people at various studios, all of whom were asking me what I wanted to do next — and what I wanted to do was a female superhero. When I met with ABC Studios they paired me with Jeph Loeb, who’s the head of Marvel TV, and he brought me Jessica Jones. You know, I’m not a huge comic book geek. I’m really not.

Not even now?
I’ve always been a huge fan of the Marvel movies, but I’ve never really been immersed in the comic-book world. So reading Brian Michael Bendis’ Alias was like: “Wow, this is just great writing, I don’t even care what medium it is.” He just drew such a fascinating and exciting character, and it was exactly the kind of character that I’d been waiting my whole career to write. 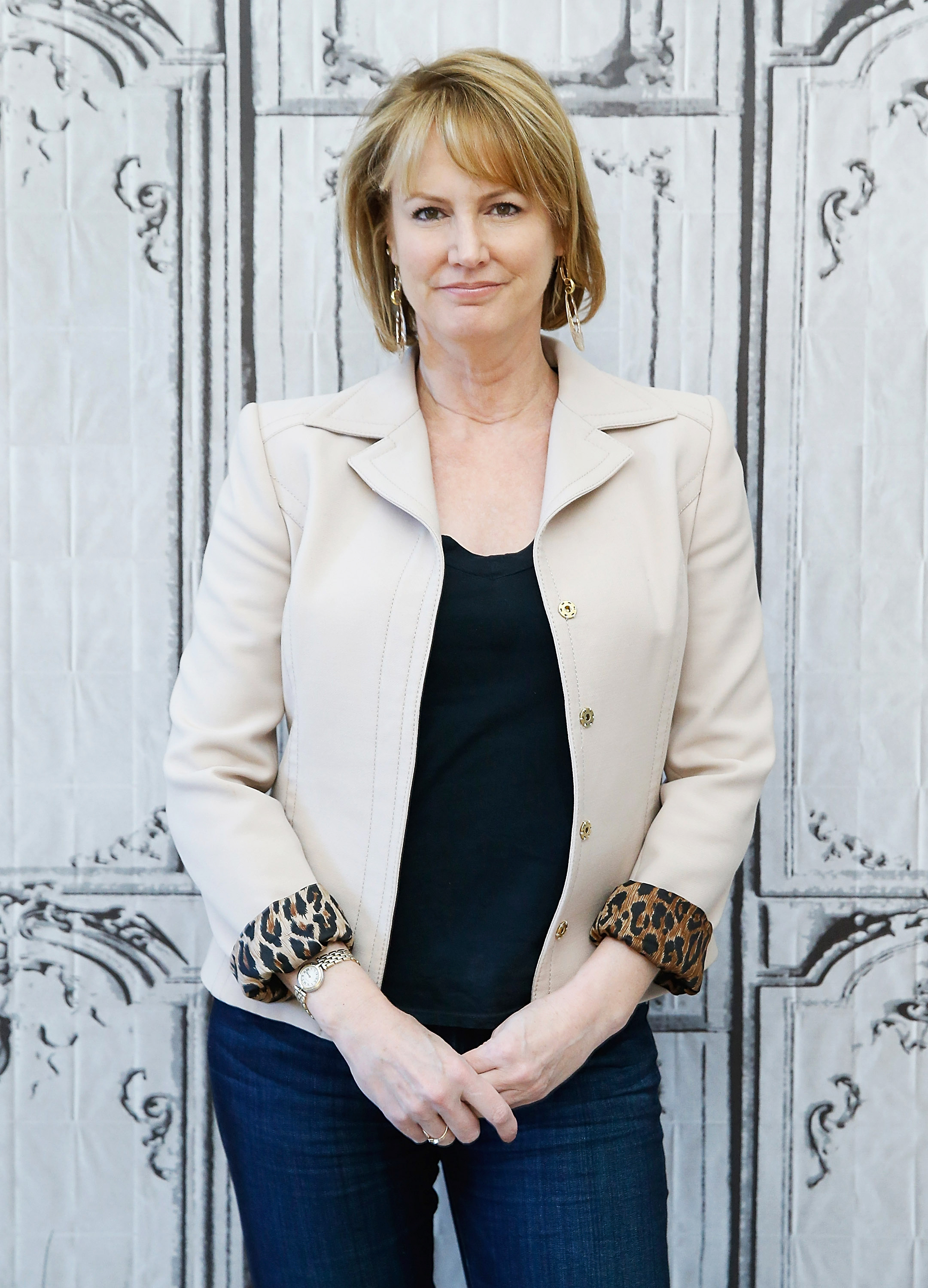 Marvel has a reputation for being very hands-on with their projects, but Jessica Jones doesn’t feel like it was conceived by committee. Did they give you free rein?
I was really nervous about that when I first began. I remember working way, way back as a staff writer on DC Comics’ Birds of Prey, and that taught me just how intensely a studio can get involved in a project. I wasn’t running that show…but still. But Marvel really did give me free rein; I don’t know why. I think it’s because Jessica Jones is not a big player in the MCU — there weren’t a lot of preconceived notions about what had to happen, about what she had to be. Whatever the case, they backed my vision every step of the way, much more so than many of the actual TV networks I’ve worked with in the past.

What was it about Krysten Ritter that convinced you that she would be the right fit for Jessica?
She was on my radar for years. When we first started developing this a few years ago at ABC, she was always at the top of the lists that we’d circulate. The most important element of this character is the ability to deliver a dry line, and we needed someone who had those edgy comedic chops. Drama is easier to come by in actors, but the ability to shift from drama to comedy — sometimes on a dime in any given scene — that’s much harder to come by. That’s a rare talent. So I’d been watching her do that for ages, and then when she showed up on Breaking Bad it was like “Whoa, she has some serious dramatic chops, too.” So that kind of pushed me over the edge.

“Rape has become a go-to for so many storytellers. Some of these shows … I call them ‘Rapelander‘ or ‘Rape of Thrones.'”

Was changing the way that women have been represented in superhero stories a part of your mission from day one?
This has always been my goal across my painfully long career. Just the frustration year in and year out, show after show, of watching these absolutely one-dimensional, uninteresting roles for women that are so unrepresentative of who we are. Apparently the only people who can have dark, flawed, interesting characters are white men. When will it be time for women to play those roles? When can we show women as human beings like anyone else? But that’s the history of television: women are wives, or the sassy cop — they’re the Madonna or the whore. Pick one, that’s all you get. But that’s been changing over the last few years.

How directly is the show speaking to rape survivors?
Rape has become a go-to for so many storytellers. Some of these shows… I call them “Rapelander” or “Rape of Thrones.” It becomes a joke after a while, which is so horrendous and such an additional violation to anyone who has experienced something like that — and so many of us have. So it was of paramount importance to all of us to not brush past this, to not be like “Yeah it’s another rape story…okay, let’s move on.” These experiences in people’s lives shape one’s way of being in the world, and they can inform everything about one’s character. It never goes away. But there comes to be a place as a survivor where you can find your strength, and Jessica is a survivor.

David Tennant’s character, Kilgrave, is such a terrifying villain largely because his only goal seems to be to torment Jessica.
For me, villains are only interesting if they’re complex; the mustache-twirling guys don’t give you very much to work with. What I love about Kilgrave is that he’s not out to take over the world — that would be much too bothersome for him. He wants what he wants — he wants who he wants — and from a very young age he’s very literally gotten everything he’s ever wanted. How does that shape a human being? Who does that turn you into? He never perceives anything that he takes from people as being evil or bad. He’s just: “They wanted it.” Well yeah, because you made them want it!

So he’s a white man in America?
[Laughs] Exactly! “It wasn’t rape because she didn’t say ‘stop,’ she didn’t say ‘no.’ She wanted it.'” There’s such a twisted logic that happens with rapists and these people who have a need for strength and power to just disregard that there’s another human being involved. They just objectify that other person. Kilgrave really is the epitome of that.

Was there anything you wanted to do with the story that went too far for Marvel? Anything that was too dark?
Shockingly no. The two things were just no nudity and no f-bombs. And I’ll tell you, I really missed those f-bombs, because that is Jessica Jones through and through. But sex scenes can be so much more exciting when there isn’t nudity, and you’re forced to play around with it.

Is there a sense that Jessica Jones was only possible because of the spate of “difficult men” shows?
I think with Tony Soprano, and Dexter… slowly over the last 10 years with Jenji Kohan’s Weeds and to some extent Scandal, women have been breaking in, but networks have been slow to let women into that circle. And for audiences — not studios, but audiences — to allow for a woman to be morally ambiguous and at times ugly as a person in the same way that Tony Soprano and Walter White were, it wasn’t acceptable. So that’s one of the things that I wanted to do with a female superhero, I wanted to create one who was flawed like Iron Man. I wanted to make a female superhero who was like Tony Soprano.