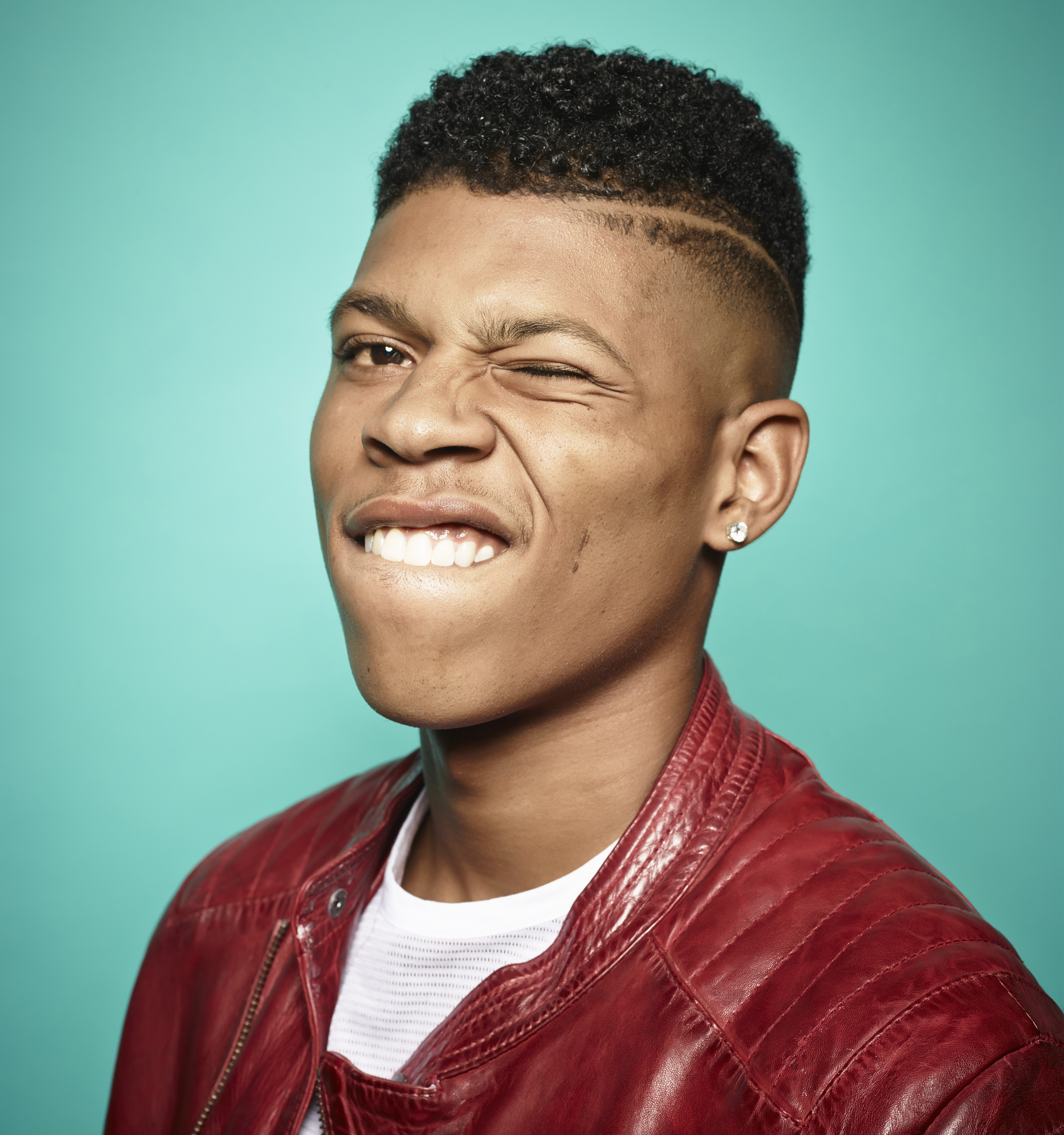 At 21, Bryshere Y. Gray has been on a wild journey thanks to his first and only acting gig. Gray’s sweet but egotistical take on Empire‘s Hakeem Lyon has made him a rising star, and Hakeem’s fictional single, “Drip Drop,” became the first season’s breakout track.

Both Gray and the youngest Lyon are ready to blow, and they’re commemorating the moment with Empire‘s latest single, “Bout 2 Blow,” a song written by Gray and produced by Timbaland. “Building my dynasty/Here for the fortune,” Gray raps in his best Future flow. Before the song premieres on next week’s new episode of Empire, the actor, model, activist and musician — who performs under the stage name Yazz the Greatest — discusses just how he plans to build his own empire.

I was excited to see your name credited for lyrics on “Bout 2 Blow.” Is this your first songwriting credit for the show?
First of many! [It’s] something that I always did. [I’m] always writing records and producing my own records, if I can.

I was reading an interview that you did for Season 1, where you mentioned that writing the music for Hakeem was different from your own work as Yazz. How will that dynamic play out now that you’re writing lyrics for Hakeem?
It’s a great journey. But like I say, I love writing music and producing my own records. I’ve been writing since I was 16 years old, so I’m not really new to it. I’m just having a great time, just working out all talents. It’s fun.

When you go into writing the songs for your fictional character versus for yourself, how do you approach writing a song like “Bout 2 Blow”?
Normally I’m filming, or I’m on tour performing. It’s a challenge to record and write, but I get it done, and I write around situations that inspire me in my life. For this particular song featuring Timbaland, it was specifically written for the character Hakeem because he wants to be the top Lyon in Empire. He has a new business now, and he’s running it with his mom [laughs]. He wants to take it over and be a little mama’s boy. This song right here is basically him coming into his own. It’s far away from “Drip Drop,” but it’s still good. It’s still manly.

How does the song figure into episode three?
It’s him growing into his own and taking his power and his position and not just listening to his mom and his brothers. [He’s] believing in himself and his own actions. It’s him just growing up I guess.

What’s it like going into the studio to write with Timbaland as opposed to being just a performer of a Timbaland song?
Amazing, just amazing. Timbaland is a musical genius at what he does. He’s inspiring in so many ways, and he’s passionate with every artist he works with.

Will we be getting a debut album from you anytime soon?
Yes, I’m currently working on my album. Shout out to Columbia. I’m 21! So I’m having a good time. I’m worrying about — my main focus right now is just going into the studio, recording and always trying to put my own foot forward and trying to make myself better.

You had cited some of the rants and antics of Justin Bieber or Kanye West as the inspiration for Season 1 Hakeem. This time around, he seems a little more vicious, and a little more confident in his own abilities. Have you culled any inspiration for Season 2 Hakeem from other real life sources?
Honestly, I know that Season 1 Hakeem was Danny Strong, which is the lead writer of the show. He is the real Hakeem [laughs]. He writes these wonderful situations that Hakeem’s in, and he enjoys it ’cause it’s him! The second season, I can say, is more so a reality for me — being in the show and having the fans from the show interact with me, and the things that I’ve been going through in real life. I talk to the writers about it, and they put it in the show. Well, not everything. Of course, it’s fictional, but you know, I’ve experienced a lot being on the show.

What kind of experiences?
I understand when you nail a role, people are drawn to that character. They like him. I’m like America’s baby brother. I can be anywhere in the world, and I get treated like a baby brother! I don’t get it! [Laughs]

In what way?
The fans [feel] like they have to protect me. If I get bombarded with pictures, they’ll come over to me. Some guys will play security that I don’t know at all. [Deepens voice] “He’s okay! Leave him alone!” It’s like, I could be in the worst parts of the world — I could be in the hood somewhere in Chicago or Illinois, and they feel like they have to protect you. That’s what I like about it.

“The fans [feel] like they have to protect me. If I get bombarded with pictures, they’ll come over to me. Some guys will play security that I don’t know at all.”

That’s a pretty nice upside.
It would be kind of hard for Floyd Mayweather to walk through the streets. But I’m happy to be enjoying what’s going on and being able to be the people’s champ and talk to the people and the kids. We give them inspiration. I’ve got this new foundation that I built called You Are the Greatest, where I give out scholarships to the kids in high schools. I’m just trying to uplift kids, like how I wasn’t. If I can do it, anybody else can do it.

It’s pretty weird to remember that Empire only debuted in January, and in less than a year became its own empire and a cultural phenomenon. What’s been your favorite memory from the past year?
Just being able to work with the greats — the great directors, the great writers and everybody they have involved is A-list. They’re not playing around. Like Mario Van Peebles, John Singleton, Debbie Allen, Lee Daniels and so much more. That right there just grew me up instantly. Even though it’s my first major role — well ,my first role, period, in life — it happened to be a big role. I wound up growing a lot and growing within a year. I’ve still got a lot of growing to do and am having a fun time.

What are you hoping will happen for Hakeem this season?
I want him to just keep working and keep respecting his mama and have his brothers’ back like you should.

And your dream guest star?
You! You should come on the show, girl! Come on the show. Cookie takes care of all the babies [laughs]!

Finally, do you think “Bout 2 Blow” will usurp “Drip Drop” as one of the show’s biggest bangers?
Well, guys, I understand that you guys loved “Drip Drop.” I’m happy that you guys loved it, but you have to understand, it wasn’t supposed to be as big as you guys made it! You wanted “Drip Drop”; I like “Bout 2 Blow,” and I like where it’s going. You’re just going to have to like what I like. You have to make what you want to make. Okay? Cool.