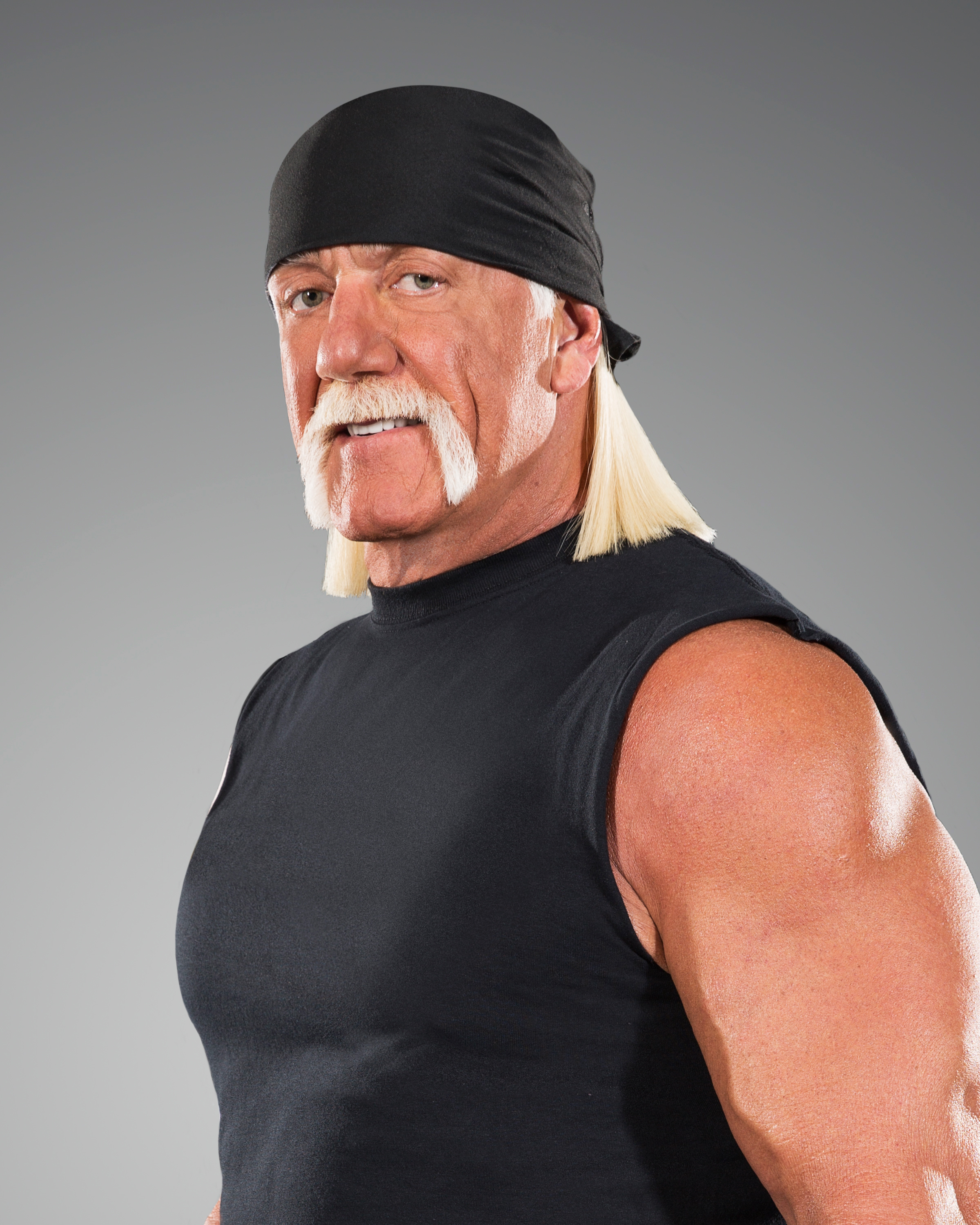 To even the most lackadaisical of lapsed fans, the name Hulk Hogan is synonymous with pro wrestling.

From the heyday of Hulkamania in the 1980s to his era-defining “Hollywood” heel turn in the 1990s, Hogan long ago established himself as the most recognizable (and marketable) wrestling star in the world, putting together a career that went well beyond the squared circle and not only spanned decades and promotions – but came to define them.

Which is why his latest gig as a judge on WWE’s returning reality competition Tough Enough – premiering Tuesday at 8 p.m. ET on the USA Network – makes perfect sense: Who knows more about what it takes to be a superstar than the Hulkster himself? In anticipation of tonight’s debut, Hogan spoke with Rolling Stone about building a brand, why he’d never mess with Kevin Owens and how Hulkamania would’ve dominated Twitter in the Eighties.

As someone who has been in this business for nearly 40 years, what were your initial thoughts about Tough Enough? Can a reality competition really take the place of years of training?
If you would have told me ten years ago that this was an avenue to make it into this business, I would have said you were nuts. When I came up, it was riding in the car 2,000 miles a week, wrestling for 15 bucks a night, paying your dues and learning your craft on the road. But the Performance Center has turned out some of our top stars; it’s proven that this formula works, so I’m excited that I’ve been reeducated to find the next WWE Superstar or Diva.

The WWE Draft: Rebuilding 'Raw' and 'SmackDown' With These Picks

I’ve had to reinvent myself several times over the past 35 years; I’ve had to learn to roll with the punches – it’s not swallowing your pride, it’s being reeducated. And to see how this works, and how efficient the Performance Center is, it makes sense to me now. I go “OK, this is a much better way to do it.”

We’ve heard so much about the success of WWE’s Performance Center; in your opinion, what’s the secret to that success?
It’s pretty hardcore, brother. There’s several rings in the building, these kids are well protected and safety is the top priority – there’s doctors and therapists and trainers on staff; it’s not like when I had my first day and they broke my leg on purpose. And then there’s the art form; before Dusty Rhodes passed away, he was teaching a drama class, because you need to know how to tell a story, paint a picture with your face and your body. There’s interview rooms, where you learn how to talk on the mic, sell tickets and get your character over. It’s total one-stop shopping over there.

I can almost hear your critics rolling their eyes when you mention the ‘art form’ of pro wrestling –
I spent 22-24 weeks a year in Japan for about 18 years; a lot of people don’t realize that. I spent two years breaking in with a Japanese guy named Hiro Matsuda, and they actually taught me how to wrestle. When I went to Japan there was no ear stuff or leg-drop for a finish, you had to go over there and wrestle, Greco-Roman style, catch as catch can. I used to love to go to Japan because in America they’d say, “Oh, Hulk Hogan’s only got three moves.” Well that’s all I needed to draw money. If I would have done a bunch of other stuff, like sunset flips and arm drags, I’d have been like everyone else on the card. So I let everyone else do that and I’d come out and steal the show every night. But when I got to go to Japan, I had a guaranteed contract, everything was always sold out because of all the Japanese stars on the bill, so it was like Jimi Hendrix jamming, brother. It was free-form; I’d go out there, wrestle, go behind people, reverse ’em, suplex ’em, take ’em down. I had a blast in Japan because I got to wrestle over there.

As a Tough Enough judge, what are you looking for in the next Superstar or Diva?
The first thing I feel is their energy; I can shake somebody’s hand and make eye contact with them and tell what kind of energy they have. And we’ll start from there; on a personal level, I’m going to have a hard time telling someone that they’re not tough enough, but I will be in a very serious business mode the whole time. It’s a situation where we’re looking for the best of the best. I’m looking for someone who lives it, breathes it and is obsessed with it.

You mentioned having to ‘reeducate’ yourself to the business, does that also apply to the criteria you’ll be using to judge the Tough Enough competitors?
The business has never changed; it’s still good versus evil, it’s the ultimate confrontation from the moment time began. At the end of the day it’s all about telling a story, at the end of the day the guy who has the “It” factor, the charisma, he’s going to be your leader, your main-event guy. So the business hasn’t changed, how you get there has, with social media, reality shows, all the choices of promotions. The business had to reinvent itself; now it works much quicker. Like, ten years ago you and I might argue today, but not fight until WrestleMania. Now, you and I argue and we’re fighting by the top of the hour. It moves quicker, but the art form and the business hasn’t changed.

But at the same time, look at the rise of Kevin Owens – isn’t his recent run proof that the business has changed?
Kevin actually reminds me of one of the older wrestlers of the late Seventies, some of those guys that didn’t have the build, but they would scare you if you met them at a bar. What hooked me about him was that I was watching a match of his on NXT and I found myself disassociated with being in the moment, all of a sudden I started watching him and he made me believe again. I watched real close, and there were no holes in his boat – his punches, his kicks, everything he did looked like it was killing the guy, which it probably was. He caught me with my guard down and he made me a believer again, he hooked me. He’s got that look, man; that demeanor and that swagger.

His rivalry with John Cena has been the best thing in WWE over the past month, thanks in no small part to Cena’s work on the mic and in the ring. As a fellow face of the franchise, what do you think of Cena’s time as U.S. Champion?
John’s the ultimate team player; he says, “Throw me in there with the young lions,” and goes out there and works. He wants to help the young guys, which is a testament to his character. John’s the real deal, man, he’s bridged the gap between generations. He’s still an old-school guy and has respect for the old style and the art form, plus he’s on the cutting edge of the new generation. He’s been a saving grace for WWE these last ten years, and he continues to be a leader and I don’t see him walking away any time soon.

If Hulk Hogan was a rookie trying out for Tough Enough, would today’s fans buy into the character?
There’s no doubt in my mind; my first day they broke my leg, and once they did that they could never get rid of me. It took me about 12 weeks to get back, and then they tortured me for two years but couldn’t get rid of me, so I know I could handle this Tough Enough thing. And let’s not forget, when Hulkamania started, I was building my house one brick at a time; we didn’t even have cell phones back then, and I turned Hulkamania into an international thing, it was alive all around the world. I can’t even imagine how big Hulkamania would be if I had Facebook or Twitter back then.