“Welcome to Tranquillum House,” Nicole Kidman’s character Masha says to a group of guests on a wellness retreat, setting the stage for what’s to come in Hulu’s mysterious new series, Nine Perfect Strangers.

The new drama, which is based on Liane Moriarty’s bestselling book, is streaming now on Hulu, and follows the “strangers” as their personal lives quickly become intertwined and entangled into a game of secrets and deception.

The miniseries’ first season launched with eight episodes, so you can watch the complete series now on Hulu. Here’s your guide on how to stream all of Nine Perfect Strangers (also starring Melissa McCarthy, Michael Shannon and a host of other Hollywood stars) online.

'Controlling Britney Spears': How to Stream the New Britney Doc for Free Online

The Best Smart Light Bulbs You Can Control From Your Phone

Read the Review: A Bunch of Rich Folks Walk Into a Retreat

Where Can You Watch Nine Perfect Strangers?

Nine Perfect Strangers premiered back on Wednesday, August 18th on Hulu, with the finale airing September 22nd. Now, all eight episodes of Season 1 are available to watch on the streaming service.

Nine Perfect Strangers is streaming exclusively on Hulu, so you won’t be able to watch the series on TV through a traditional cable network.

How to Watch Nine Perfect Strangers on Hulu

If you don’t have Hulu yet, you’re in luck: Hulu has thousands of titles to stream right now, and you don’t even have to pay for a subscription to watch them — at first. Hulu is currently offering a 30-day free trial that you can use to watch Nine Perfect Strangers for free.

Beyond Hulu’s own trials, you can stream Nine Perfect Strangers online and save your cash when you bundle your Hulu plan together with ESPN+ and Disney+. This Disney+ Bundle gets you all three services for just $13.99 a month. (Read more about the bundle here.)

The Hulu series, which was created by David E. Kelley with John-Henry Butterworth and Samantha Strauss, stars Nicole Kidman as Masha, Melissa McCarthy as Frances, Michael Shannon as Napoleon, Luke Evans as Lars, Regina Hall as Carmel and Bobby Cannavale as Tony.

According to Hulu, the Jonathan Levine-directed show “takes place at a boutique health-and-wellness resort that promises healing and transformation as nine stressed city dwellers try to get on a path to a better way of living. Watching over them during this 10-day retreat is the resort’s director, Masha [Kidman], a woman on a mission to reinvigorate their tired minds and bodies. However, these nine ‘perfect’ strangers have no idea what is about to hit them.”

Will There Be a Nine Perfect Strangers Season 2?

What Book is Nine Perfect Strangers Based On?

Nine Perfect Strangers is actually based on the 2018 bestseller of the same, written by Liane Moriarty. You can buy it via Kindle for $9.99 right now on Amazon, and it’s also available in a hardcover edition on the site. 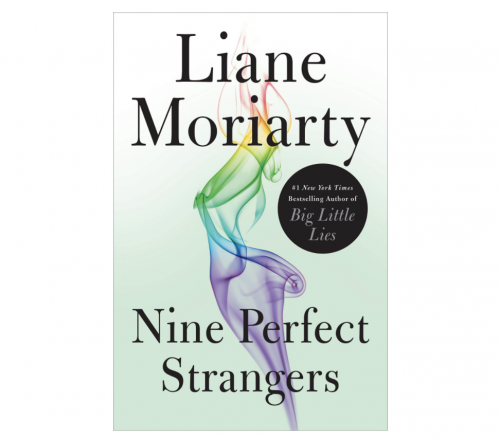